The Rebbetzin of Klal Yisroel Upon her Shloshim 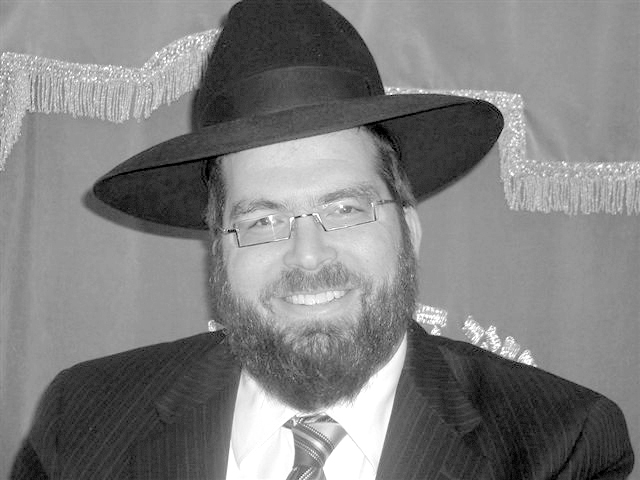 I only met the Rebbetzin once. Nine months ago, I was privileged to spend some time with Rav Chaim Kanievsky in his apartment. Every treasured moment with Rav Chaim is an eternity. After nearly 15 minutes(!), I left Rav Chaim's room. On my way out, I met the Rebbetzin. She was speaking to some women, but she paused for a moment as she saw that I was waiting for her. I interjected that our family was growing and asked if she could give us a bracha. Eagerly, she delivered a lengthy bracha for it to be easy for us, and she then handed me a small booklet of special tefillos for my wife to recite. Before she had a chance to turn away, I asked for another bracha, this one for a friend of my wife in desperate need of a shidduch. The Rebbetzin gave another bracha and punctuated it with a repetitive exclamation, â€œMaher! Maher! Maher! (Quickly! Quickly! Quickly!).â€ I could not help but be taken not only by the Rebbetzin's piety and sensitivity, but by her jovial spirit and upbeat nature. Dare I say it? She seemed so down to earth, so understanding, so â€œnormal.â€
And so, we, along with the rest of Klal Yisroel, felt more than a tinge of sadness when word of her petirah reached us.

Three poignant stories will reveal a glimpse into the Rebbetzin’s greatness.

The first story happened 20 years ago. Yitzy, a young European boy, was giving his mother a real run for her money. His behavior was wild and he often acted completely out of control. In truth, his tendencies were to be expected. Yitzy was deaf. He was unable to hear or speak. Frustrated with his inability to communicate, Yitzy resorted to fighting, kicking and overall, out-of-control behavior. His mother had tried everything. At wit’s end, she traveled to Bnei Brak to seek a bracha and guidance from 23 Rechov Rashbam.

Rebbetzin Kanievsky listened to the cries of the young mother. She poured out her heartache and frustration. After empathizing with the young mother, she responded. The response was one she would give to thousands. Remarkably, so many found solace, comfort and wisdom in her suggestion: Recite Nishmas every day.

She quoted from the magnificent tefillah, “Hameisiach ilmim – He Who gives speech to those who are mute,” and continued, “Vos vet zein azoi shlecht oib ehr vet oisvaktzen tzu zein ah talmid chochom azoi vi meine shver, der Steipler Gaon?! (What would be so bad if he could become a great talmid chochom like my father-in-law, the Steipler Gaon [who was also deaf]?!)”

The broken-hearted mother’s eyes lit up. There was hope! From that day onward, she began to recite Nishmas every day. Today, Yitzy is a young talmid chochom with a brilliant future. And 18 years later, his mother continues to say Nishmas every single day!

The second story involves Eli, a young toddler, who was born with numerous physical, mental and emotional challenges, amongst them an inability to even open his eyes. Eli’s mother was told to visit Rebbetzin Kanievsky. Somewhat skeptical, she went to the Rebbetzin’s home. Once again, the Rebbetzin turned to Nishmas: “Al kein eivarim shepilagta bonu, veruach uneshamah shenafachta be’apeinu…veyakdishu es Shimcha Malkeinu.” She explained that not everyone is able to praise Hashem through their lashon, their tongue. Some praise Hashem via their eivarim, their limbs. Every movement of their joints is testament to Hashem’s greatness!”

These words struck a chord with Eli’s mother and she, too, began to recite Nishmas daily. Amazingly, one day, Eli opened his eyes. Throughout the past few years, he has made incredible strides in his development. Though still severely handicapped, Eli’s mother knows that every tiny movement is an expression of praise for Hashem.

And yes, she, too, says Nishmas every day.

Although the first two stories have somewhat of a “rebbeshe” flavor to them and speak of the Rebbetzin’s ability to help bring about unimaginable yeshuos, this next story is, in my estimation, more remarkable.

A few years ago, through the kindness of a group of seminary girls, Chayala, a young woman with an advanced case of cerebral palsy was brought to Eretz Yisroel. During this inspirational journey, she was brought to meet many great people from whom she gained immense chizuk. But her greatest moment of inspiration came from her visit to the Lederman Shul. Unable to climb the steps to the Kanievsky home, Chayala went to daven Minchah gedolah at the shul where the Rebbetzin davened three times daily. The girls who were instrumental in bringing Chayala to Eretz Yisroel accompanied her to the Lederman Shul.

After Minchah, Chayala met with Rebbetzin Kanievsky. The Rebbetzin was greatly moved by her upbeat nature and jovial spirit. Although she could barely hold on to her kvittel, Chayala insisted on handing it to the Rebbetzin herself. The crowd gathered around the beautiful meeting and listened in to the conversation. Chayala spoke of her challenges, but felt strongly that her purpose in life was to continually live with simcha, conveying that joy to others.

In awe of Chayala’s resilience and inner-strength, Rebbetzin Kanievsky showered her with brachos. Soon, it was time for Chayala to leave. But the Rebbetzin, in her great wisdom and sensitivity, felt that there was one more thing that needed to be done.

“Chayala, you can’t go just yet. I can’t let you go before you give me a bracha!”

In one sentence, she gave Chayala a lifetime of chizuk!

Such was her ability to elevate and bring hope and joy to even the most broken of hearts.

One woman from Bnei Brak wrote it quite beautifully:

“When we had to travel overseas for medical reasons, I would not leave without first getting my ‘tzeidah laderech’ – chizuk and brachos from the Rebbetzin. When we came back home, so often brokenhearted and devastated, she was always there with more chizuk and helped me pick up the pieces, all the delicate pieces of my broken heart. She was there so many times for us with just the right words. She was understanding, sensitive and considerate, always a pillar of strength, a light in the dark, a living mussar sefer, a loving Rebbetzin who gave her time, her smile, her brachos, her tefillos, her love, and her advice. She gave and gave and gave to me and to thousands and thousands of women worldwide.

“Most of all though, I loved visiting the Rebbetzin not because she could empathize and commiserate, not because she could comfort me, but because she always focused on the positive, on the brachos and the good in life. I loved and admired her charisma, her kind and compassionate nature, which coupled with her optimism and joie de vivre was a balm for my soul. She always quoted words from Hallel and Nishmas Kol Chai, reassuring me that Hashem is Kulo Tov – Hatov Vehametiv. This was her attitude. She listened and spoke often to hundreds of women daily, who unburdened themselves to her, and yet she was calm, smiling, loving, gentle, patient and, most of all, convinced that despite the many tzaros she heard about, Hashem is Kulo Tov. She would say, ‘If there are so many nisyonos and struggles, then obviously Hashem is right here with us.’ Then she would address Hashem and talk to Him directly: ‘Umibaladecha ein lonu melech goel umoshia….ve’oneh umeracheim bechol eis tzarah vetzukah…’ She was always ready for the go’el, listening out for Moshiach and anticipating the geulah sheleimah.”

In the presence of the Rebbetzin, I just had to smile. Her joy was contagious and her upbeat attitude always infused me with joy, energy, optimism and spirituality. Her attitude was infectious, and by the time I left, feelings of gratitude always replaced any feelings of despondency.”

Her life was an endless song of “Ein anachnu maspikim lehodos lecha Hashem Elokeinu…” And now, only in her death, has that magnificent song grown silent.

We are truly bereft.

We can only imagine that the Rebbetzin has brought her mission to the Kisei Hakavod. As she takes her place alongside the great imahos and noshim tzidkaniyos of past generations, she will do her utmost to mend the broken hearts, to bring joy and hope to those in need.

To contact Rabbi Spero or to submit comments, email to chiely1@juno.com.