The Nine Days and Aharon Hakohein 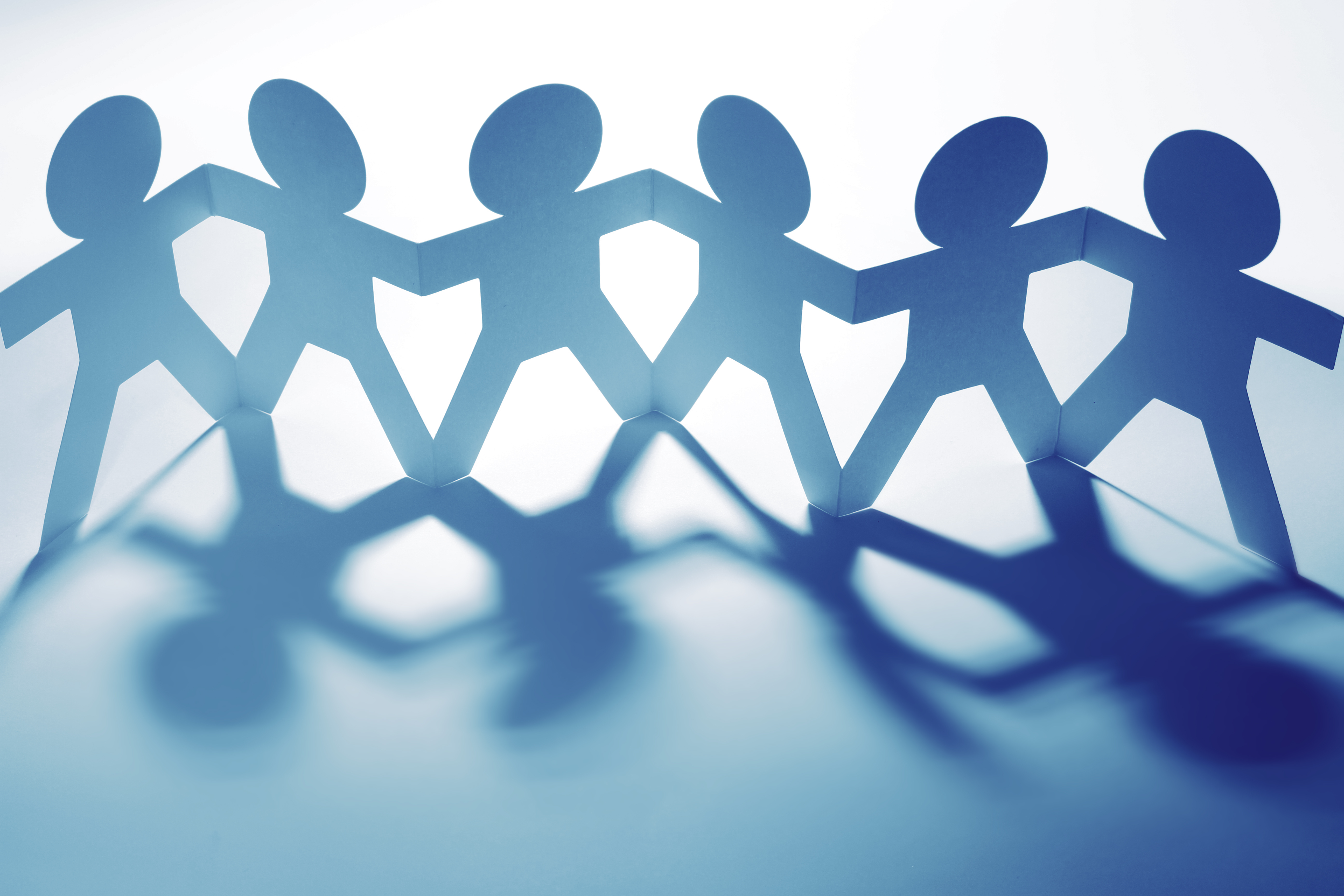 The Netziv (Haamek Dovor, Bamidbar 33:38) and Shela Hakadosh (Maseches Taanis) relate this date to the death of Aharon Hakohein. The Netziv additionally points out that, in fact, this is the only yahrtzeit mentioned specifically in Chumash. Even the more well-known date of the seventh of Adar – the yahrtzeit of Moshe Rabbeinu – is revealed by Chazal (Megillah 13b; see Orach Chaim 292:2) through a drasha, but it is not stated outright in the Torah. What, exactly, is the connection between Aharon’s passing and the churban Bais Hamikdosh?

It has been suggested that the answer is embedded in the singular brocha the kohanim make during duchening: “…Who has sanctified us with the kedusha of Aharon and commanded us to bless the Jewish people with love.” Where does the Torah command the kohanim to bless with love and what does this entail?

Rav Aharon Toisig used to relate a beautiful story he heard from a talmid of the Chofetz Chaim. The great tzaddik was a kohein and he would duchen every Yom Tov in Radin along with the other kohanim. However, he would linger a bit at the bimah before descending. This student had always wondered why his rebbi remained behind for those few moments. Finally, on what turned out to be the last duchening of the Chofetz Chaim’s life – the Shavuos before he passed away the following Elul – he inquired about the custom. Perhaps the Chofetz Chaim knew that this was his last opportunity to convey a powerful message, but in any case he responded: “Hashem has given us, the kohanim, the opportunity to bless His people. It is impossible and forbidden to add to these blessings, but my heart yearns to increase the brachos more and more, so I simply can’t tear myself away so fast and I can only tarry just a bit more before going down from the bimah.”

That is what it means to bless Klal Yisroel with love. You don’t do it out of obligation or even just with conviction. A true kohein, like Aharon or like the Chofetz Chaim, does it out of a profound heart overflowing with love of his people. The Shela and Netziv taught us that Aharon’s death signals the onset of the worst of the churban, because we no longer have that fountain of endearment cascading over us.

I must confess that I felt that sense of loss when I heard of the recent petirah of Rav Dovid Trenk. Rarely, if ever, did so many feel that there was someone who loved them unconditionally without ever being judgmental. I know nothing about gilgulim, but this is one that would make sense to me. Surely Rav Dovid carried the soul of Aharon with him one way or another. The loss of Aharon Hakohein represents the possibility of churban. It means that there can be sinas chinom, because the one with unconditional ahavas Yisroel is no longer. Hence Rosh Chodesh Av ushers in the Nine Days before Tishah B’Av, when the second Bais Hamikdosh was destroyed because of baseless hatred (Yoma 9b).

One answer relates to what appears to be a contradiction in Aharon Hakohein’s own middos. Chazal (Avos D’Rebbi Nosson 12) famously tell us how Aharon would make peace between people who had a falling-out. He would approach one of them saying, “My son, your friend has been tearing himself apart saying, ‘How can I face my friend? I am so embarrassed that I hurt him.’ He would sit with the fellow until he had uprooted the jealousy and enmity in his heart. Then he would go to the other fellow saying the same thing until he had uprooted the jealousy and enmity in his heart. Now, on the surface, how could Aharon have used this methodology? Chazal (Sifri, Nitzovim 305) apply the posuk of “The Torah of truth was in his mouth” (Malachi 2:6) to Aharon, so how could he lie, even for so noble a cause as peacemaking?

The answer gives us a path toward conciliation as well. Aharon had true love for every Jew in his heart, not just on his tongue. The Torah (Shemos 4:14) testifies that when his younger brother was chosen as the leader of Klal Yisroel, he was truly “happy in his heart.” This was true of all his brethren; he loved each of them as a brother. It was Aharon who wore the Choshen, which was not allowed to move from the Eifod (Shemos 39:21). It has been noted that Eifod and peh, meaning mouth, share the same gematriah of 85. The significance is that for Aharon, what was in his mouth was also in his heart. For this reason, Chazal (Shabbos 139a) teach that because Aharon was so happy for Moshe Rabbeinu even in the deepest recesses of his heart, he was given the Choshen to wear upon his heart. Therefore, when Aharon looked deep into a Jew’s heart, he saw a person who wanted to love everyone, even his erstwhile antagonist.

This can be understood in light of the Rambam’s (Hilchos Geirushin 2:20; see, also Even Ha’ezer 154:1) well-known explanation of how we can force someone to give a get against his will, which is generally not efficacious. However, since every Yid wants to do the right thing, it is only his evil inclination that gets in the way. We are actually forcing the yeitzer hara, not the person himself, to submit to the would-be sinner’s better self.

Aharon was not lying for a moment, knowing that his entreaties would bear fruit in each of the bickering quarrelers’ souls.

We, too, must realize that it is up to us to find the inner truth to change the superficial outer not-so-pretty current truth. There are often two truths, one of which is the prevailing reality. The other is the potential, higher deeper truth, which must be recreated, polished and restored to its original sheen. That is the truth that Aharon saw when so many others could not penetrate or look past the ugliness on the surface. That is one reason why Aharon’s petirah ushers in the Nine Days. The life that we contemplate upon his yahrtzeit, as we do with every righteous person on the anniversary of the day he left this world, is a life that transcends pettiness and self-indulgence. It is a life that would not have allowed a Kamtza and Bar Kamtza tragedy to happen. It is a life of uplifting others instead of cutting anyone down. It is a life that every one of us can lead, as did the original kohein himself.

The second aspect of Aharon Hakohein that helps get us through the days of destruction is his middah of consistency and perseverance. There are some drashos, speeches and hespeidim that remain unforgettable. I was privileged to attend the levayah of Rav Aharon Kotler and to hear the Satmar Rov scream about him, “Lehagid shevacho shel Aharon shelo shina – To relate the praise of Aharon that he did not change” (Rashi, Bamidbar 8:3). The words had been translated for centuries as “he is praised for the fact that he did not alter the edict of Hashem.” However, the Satmar Rov praised Rav Aharon, as he felt Rashi was praising Aharon Hakohein that he never changed despite the vicissitudes of life. He did not change despite the “winds of change” in the air. He did not change despite the pressures to confirm to modernity or society.

The Sefas Emes (Behaaloscha 5635) explains that Aharon never lost his youthful enthusiasm and commitment. “It is usual,” writes the Gerrer Rebbe, “for people to become excited about a new endeavor, only to soon forget their own exhilaration.” But Aharon “did not change,” in the very best sense of the phrase. He maintained his ardor “though the darkness of the Eigel, Nodov and Avihu, and the rebellion of Korach” (Sefas Emes, Chanukah 5653).

This middah, too, is needed when we lose our anchor and glory, the Bais Hamikdosh. It is easy and perhaps natural to become disheartened when we are not ourselves. The worst things happen when we are in a state of despondency and gloom. And yet, we are enjoined to grieve over our loss and avoid any sense of joy during these days of anguish. How do we reconcile the two somewhat parallel emotions of appropriate mourning and yet not giving in to the danger of depression and melancholy?

The answer is Aharon Hakohein. His passing at the very beginning of this season reminds us of his life. It was fraught with tragedy and tests, anxiety and tension. Yet, through it all, Aharon carried the banner of hope and cheer, optimism and belief in everyone’s goodness. They are the traits we need to weather the upcoming days and so we turn to Aharon Hakohein.

We, too, can have Aharon’s steadfastness and trust in the goodness of every Jew if we choose that path. Rosh Chodesh Menachem Av is the day for the first step on that uplifting journey. Let us begin.