The Glimpse Of The Ideal World 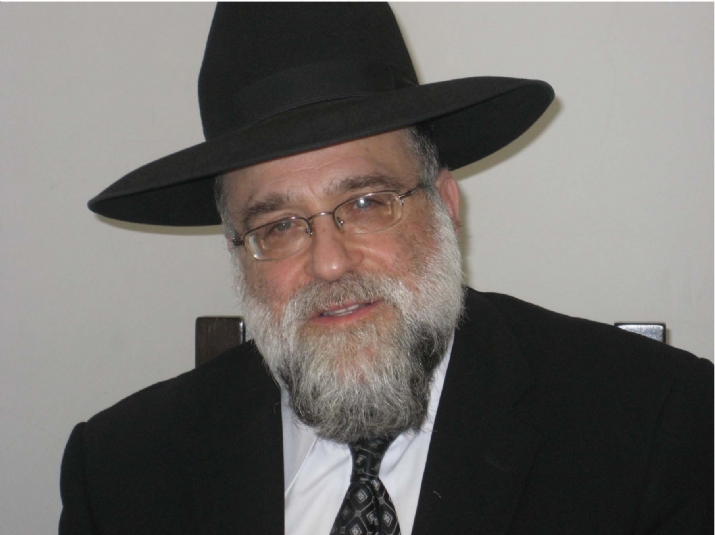 There are many themes that run through themegillah that serve as the formal pirsum and revelation of themiracle that occurred in Shushan to Klal Yisroel years ago. However, there is one aspect that is continuously at the forefront of the yeshuah of Purim. Upon hearing of the evil decree against Klal Yisroel, Esther tells Mordechai, â€œGo assemble all the Jews to be found in Shushan.â€ Her will is that there should be a sense of achdus amongst the people.
In the initial lashon hara that Haman told Achashveirosh in order to sway him to destroy the Jews, Haman says, “There are a certain people scattered abroad and dispersed among the peoples of all the provinces of your realm.” Haman’s attack was based on his claim that Klal Yisroel was not united. The Purim zemer of Shoshanas Yaakov begins as follows: “The rose of Yaakov was cheerful and glad, when theyjointly saw Mordechai robed in royal blue.” These ideas aren’t separate elements that exist for independent reasons, but are rather a function of that which flows from the essence of whatPurim truly is. Ultimately, it is for this reason that this holy day represents the end of Amaleik, the pure evil of Eisav.

The posuk in Megillas Esther says, “There was a Yehudi (Jewish man) in Shushan Habirah whose name was Mordechai.” Chazal note that Mordechai being referred to as “Yehudi” conveys that he was from the shevet of Yehudah, while he was actually a descendant of the shevet of Binyomin. Chazal explain that Yehudi is meant to be understood as “Yechidi,” meaning the one and unique individual who brought Klal Yisroel to believe in and rededicate themselves to the One G-d, Hashem. This aspect within the avodah of Mordechai as well as for the entire Klal Yisroel defines the essence of the kedushah of Purim and from where it derives its sanctity.

The posuk at the end of Aleinu Leshabeiach, which we recite three times a day, states: “And it is said: Hashem will be King over all the world, on that day (bayom hahu) Hashem will be One and His Name will be One.” The purpose of Hashem’s world is for man to recognize that although it looks like there are many forces governing the world, there is only One Force and it is Hashem.

We live in a world of pirud, where the truth of Hashem as Echad isn’t openly revealed. As the posuk in Parshas Beshalach states, “He said, ‘The hand is on Keis Koh (G-d’s Throne), Hashem will be at war with Amaleik for all generations.’” The word “Keis,” meaning throne, is written choseir, incomplete, while the Name of Hashem, Koh, is alsochoseir,spelled with the letters Yud and Hey and not the full Name of Hashem of Havaya. Due to Amaleik, the world lacks the ability to recognize Hashem as the Source of all that exists and the One Who constantly governs. Bayom Hahu, at the timeof Acharis Hayomim, the world will clearly perceive that Hashem is Echad and will totally dedicate themselves as proper servants to Him. Amaleik will be destroyed and all evil will be clearly understood as that which was temporarily necessary to serve Hashem in a physical world through bechirah, freedom of choice. Thus, on the holy day of Purim, the world is poised to recognize that Hashem is Echad, One.

When Yosef finally met his father Yaakov after all the years of separation, the posuk in Parshas Vayigash states, “Yosef harnessed his chariot and went up to greet his father, Yisroel, in Goshen. [When] he appeared before him, he fell on his neck and wept on his neck for a long time.” Rashi explains in the name of Chazal that Yosef wept, but Yaakov recited the Shema. The Avnei Nezer explains that when Yaakov saw Yosef, the ultimate destroyer of Eisav, he said the words “Hear O Yisroel: Hashem is our G-d, Hashem, the One and Only.” Chazal say, “Ein Eisav nofel ela beyad boneha shel Rochel – Eisav will only fall through the children of Rochel (Yosef).” Eisav represents the pirud in Hashem’s world, and when Yaakov saw the destroyer of all sense of pirud and the one who will bring about the recognition that Hashem is Echad, he recited the Shema and proclaimed that Hashem is One. Therefore, explains the Sefas Emes, the avodah of Purim lies in the creation of Klal Yisroel as a unit that completely recognizes the Achdus of Hashem.

Haman’s lashon hara claimed that Klal Yisroel is fragmented. They have been swept up and absorbed within the world of pirud, he averred. Esther told Mordechai, “Leich kenos – go and gather up the Bnei Yisroel to infuse in them the kedushah of bayom hahu, to appreciate that Hashem is indeed One.” Mordechai taught the people that Hashem is the Supreme Source of all and, as a result, he is referred to as “Yechidi.” Ultimately, in the salvation of Purim, Klal Yisroel was cheerful and glad when they jointly saw Mordechai robed in royal blue. The avodah of Purim is recognizing that there is nothing else besides Hashem, and it is this understanding that unites Klal Yisroel to actually be one.

There is an awesome point that the Sefas Emes adds.

The Gemara in Maseches Megillah (7b) states, “One is obligated to become intoxicated with wine on Purim until one doesn’t know the difference between cursed is Haman and blessed is Mordechai.” It is somewhat difficult to understand how the blending of the cursed Haman with the blessed Mordechai could be considered a virtue. Generally, whatever something is, it is. But on Purim, the day when all is “one,” this “one” is catapulted into our very world and sense of existence. On a regular day, there is good and evil, and thus, Haman is evil and Mordechai is good. But on the holy and awesome day of Purim, all existence bears the flavor of the recognition that Hashem is Echad. Therefore, good is recognized directly, while its counterpart, evil, is perceived as akeili to be megaleh tov through bechirah. In shoresh, all is one and thus there is no chiluk between arur Haman and boruch Mordechai.

The avodah of Purim stands “berumo shel olam.” We live in a complicated time when our own sense of humanity clouds and distorts our ability to serve Hashem properly on this special day. In the speech and actions of great people on this day, it is clear that their essence is forged in the true reality of bayom hahu and not in the foolish transience of the dimyon called Olam Hazeh.

May we be zoche through themitzvos of Purim to also, at least for one day, sense the greatness that is being revealed on this day, which serves as a glimpse of the ideal world.