The Fight Against a Life Sentence 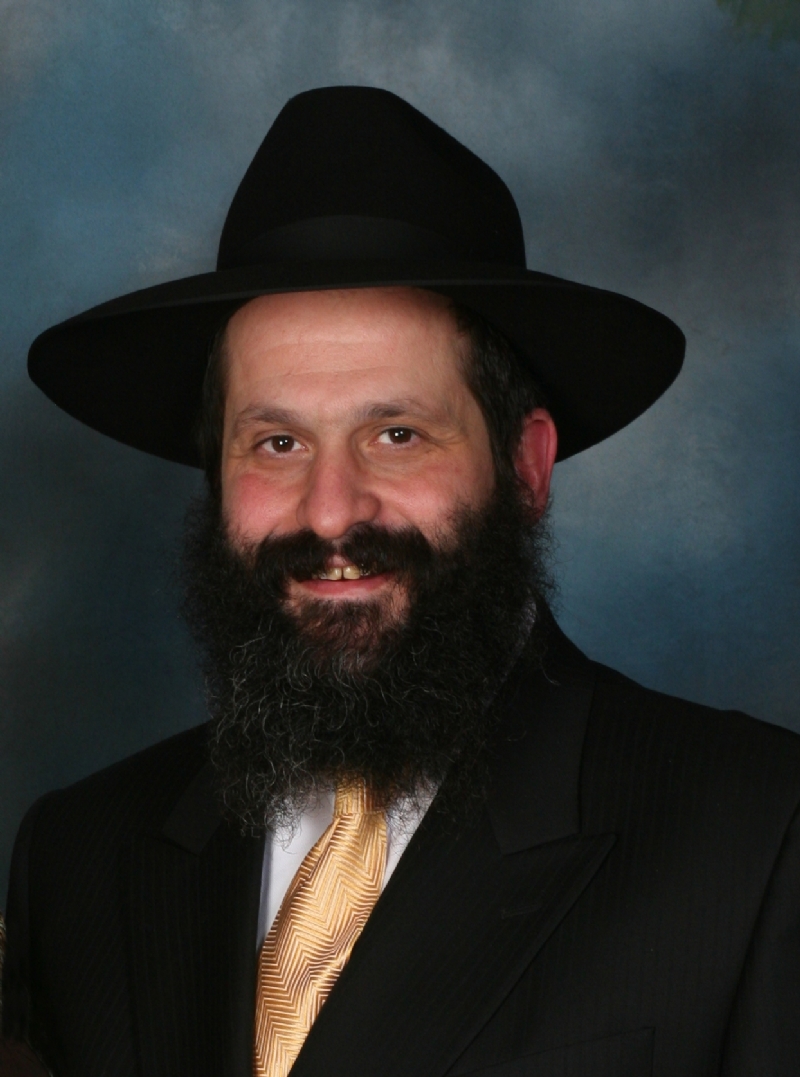 A two-day sentencing hearing is set to begin April 28 in the courtroom of Judge Reade, whose reputation as one of the harshest judges in the federal judiciary is of obvious concern.

Some of America’s most prominent legal experts and former Justice Department officials are urging Reade not to follow the federal sentencing guidelines in this case, and to ignore the outlandish recommendations of the prosecutor and probation officer.

One letter authored by Katzenbach and Meese and endorsed with the signatures of eight more former justice department officials was outspoken in its description of a life sentence for Sholom Mordechai as severely disproportionate and draconian.

“A BLACK STAIN ON COMMON SENSE”

The letter quoted distinguished legal expert Professor Frank Bowman of University of Missouri Law School that “the sentencing guidelines for white-collar crime can produce a black stain on common sense.” Life imprisonment for Sholom Mordechai would fall into this category, the authors noted.

They compared the Rubashkin case to that of Mark Turkcan, the president of First Bank Mortgage of St. Louis, who misapplied $35 million in loans, resulting in a loss of approximately $25 million. Turkcan was recently sentenced by a federal judge in Missouri to one year and one day in prison.
Another letter to Judge Reade from former federal prosecutor Brett Tollman and former judge Paul Cassell underscored the inequity of punishing a first-time white-collar offender with a sentence appropriate for first-degree murder.
“Shockingly, even if the judge were to sentence Mr. Rubashkin to 25 years, his sentence would still be considerably higher than for second-degree murder, aircraft hijacking, terrorist attacks, assault with intent to kill, kidnapping, or arming a terrorist organization,” Mr. Tollman wrote in a separate article on The Law Journal.
Alan Dershowitz, a Harvard Law professor who helped develop the sentencing guidelines, wrote to U.S. District Judge Linda R. Reade on April 20 to express “distress” with the prosecutor’s “misuse of the guidelines to try and secure a sentence well in excess of what Mr. Rubashkin’s actions, as well as his personal background, deserve.”

In view of the many mitigating circumstances, including the lack of any prior criminal history, the absence of intent to defraud or hurt anyone, a family of ten children and Sholom Mordechai’s extraordinary lifelong record of charity and community service, many have called on Judge Reade to show exceptional leniency in this case.

PUBLIC TRUST AND CONFIDENCE AT STAKE

“The Rubashkin case has been marred by so many abuses and excesses that close scrutiny by the Department of Justice is required to avoid a result that will be a permanent stain on American Justice,” attorney Nathan Lewin wrote on April 11 to Assistant Attorney General Lanny Breuer of the Criminal Division. Lewin asked Breuer to appoint attorneys to review the case.

With the growing chorus of distinguished experts challenging the zealotry of the Iowa prosecutors, many hoped that Breuer would order a judicial review of the case, consistent with his expressed concern in the past over the increasing disparity in white-collar sentencing.

Breuer had said publicly in a February speech in Miami that the justice department is “especially concerned” about such inequity. “Public trust and confidence are essential elements of an effective criminal justice system,” Breuer said. “Our laws and their enforcement must not only be fair, they also must be perceived as fair.”

Presented with an opportunity to apply these convictions by reviewing a case that is gaining notoriety for prosecutorial injustice, Breuer declined to get involved. Instead, he advised Mr. Lewin to raise his concerns “with the presiding judge or with the prosecutors in the case.”

In documents that recently surfaced during pre-sentence hearings, startling revelations came to light about the actions of prosecutors in bringing about the destruction of Agriprocessors.

The documents tell the story of prosecutors’ efforts to prevent potential buyers from rescuing Agriprocessors as the company slid into bankruptcy, when it was still a viable and valuable enterprise worth $85 million.

The mechanisms employed by the government to block the purchase of the company virtually guaranteed the failure of FBBC’s $26 million loan, for which Sholom Mordechai had been making timely payments for years. This loan had netted the bank $21 million profit in just a few years.

The papers show that prosecutors threatened prospective purchasers with any family connection with the Rubashkins that they would feel the full weight of the law through a government forfeiture (confiscation) of the company should they seek to buy Agriprocessors,” Rubashkin attorney Guy Cook said in a telephone interview with Yated.

In response to the obvious question of whether this was legal, the defense memorandum minces no words. “Government interference of this kind amounted to misconduct,” the memorandum charges.

Prosecutors continued to block prospective buyers until the company’s stock plunged, and in its devalued state it was worth only pennies on the dollar. The lender bank at that point had no prospect of recouping their money, Cook said.

At this point, all of Sholom Mordechai’s resources had been depleted in a vain effort to stave off bankruptcy. A forfeiture order had been imposed on his all property and business assets. He was financially ruined. Agriprocessors at that point would have been able to regain solvency under new ownership, but the Iowa prosecutors made certain that would not happen.

What was the purpose behind the government’s actions? There seemed to be no logic or rationale to the destructive measures that caused massive losses to FBBC and other innocent parties that had stock in Agriprocessors.

Now, with the release of trial documents, the answer stares one right in the face. The opening paragraphs of prosecutors’ pre-sentencing memorandum couldn’t make it more clear:

“This case is extraordinary in the uncommon means that were used to cheat a bank and others out of a staggering amount of money – more than $26 million,” lead prosecutor Peter Deegan wrote.

Wait. Wasn’t this case about Agriprocessors receivables being inflated in order for the company to qualify for more money from a credit line? The highest figures attributed to the inflated receivables – the alleged “fraud” for which Sholom Mordechai stood trial – was $10 million, according to court papers.

THE MANUFACTURING OF A FRAUD CASE

How strange. How does $10 million turn into $26 million? And given the recent discoveries of the forfeiture threats by which prosecutors chased off buyers, who in fact was responsible for the loss of the $26 million if not the government itself?

Prosecutors were apparently in need of better ammunition against Sholom Mordechai than a $10 million fraud. Prison time for a $26 million fraud, enhanced by a host of other alleged “crimes,” is a different story. That can be pumped up to twenty, thirty years – maybe even life. That changes the whole chessboard.

With charges against Sholom Mordechai for a $26 million fraud in hand, prosecutors were now in business.

Wait. There’s more from the prosecutors on the subject of fraud. The memorandum asks us to believe that Agriprocessors itself was nothing but a big scam.

“When the truth behind defendant’s lies was finally made known, Agriprocessors was revealed to be all but worthless to the bank and others as a going concern. No one wanted to buy it.” – Page 4 of Government Pre-sentencing Memorandum

Agriprocessors was worthless? No one wanted to buy it? Really?

The record shows that in addition to Rubashkin relatives who sought to redeem the company before being threatened by the government, at least one individual was so interested in acquiring Agriprocessors prior to its bankruptcy that he was ready to put down $22 million in cash.

The following evidence offered by the Defense Memorandum exposes some of lies in the Memorandum, based on which the prosecutors have called for a life sentence.

From the Defense Pre-sentencing Memorandum, page 33-34:

In November, 2008, Mordechai Korf offered the bank between $21.5 and $22 million to purchase Agriprocessors. Despite presenting his qualifications to the bank, Korf had a very difficult time getting FBBC personnel to meet with him. The bank inexplicably and strangely seemed uninterested in selling.

Eventually Korf met with Phil Lykens and FBBC’s Chairman Dennis Herstein. Lykens told Korf before the meeting that FBBC wanted to get the full amount of their loan, and absent such an offer, there was no point in meeting.

In the meeting, Lykens and Herstein acknowledged that between $27M and $29M of bank money was at risk due to Agriprocessors’ legal troubles. Nonetheless, they rejected outright Korf’s offer of between $21.5M and $22M in cash.

Korf even offered to put money into escrow while the details of the deal were arranged, and made clear that the Rubashkins would not have any ownership interest in the business.

Korf emphasized to the bank that if the company went into bankruptcy and a trustee was appointed, the value of the plant would decrease. One of the things that made Agriprocessors attractive was the company’s very strong position in the kosher meat market.

The bank rejected Korf’s offer outright, without countering, and closed negotiations. The bank insisted that it would not take anything less than full payment of its loan. Days later [after bankruptcy could no longer be avoided], the Trustee was appointed.

WHO IS FEEDING MISINFORMATION TO WHOM?

In response to the protests flooding the Justice Department and the U.S. Attorney’s office in Northern Iowa, a government spokesman told ABC News that “a campaign of misinformation is being waged by influential friends of Sholom Rubashkin.”

The government wants people to believe that scholars and experts who have denounced calls for a life sentence, and are calling instead for fair and judicious treatment for Sholom Rubashkin, are feeding us misinformation.

With the Government Pre-sentencing Memorandum riddled with fraudulent statements, the question is, who is feeding misinformation to whom? Only a few of the lies in this document have been exposed. They are too numerous to address in one column. Should such falsifications as fill this 75-page document, and on the basis of which a man is to be torn from his family and locked up for years, be allowed to pass with impunity?

Perhaps an impartial panel or a senate hearing, where the truth can finally emerge, is in order. More than the fate of one family is at stake here. As Mr. Lanny Breuer has said, “Public trust and confidence are essential elements of an effective criminal justice system.” At stake is our trust in our nation’s ability to provide justice for all.