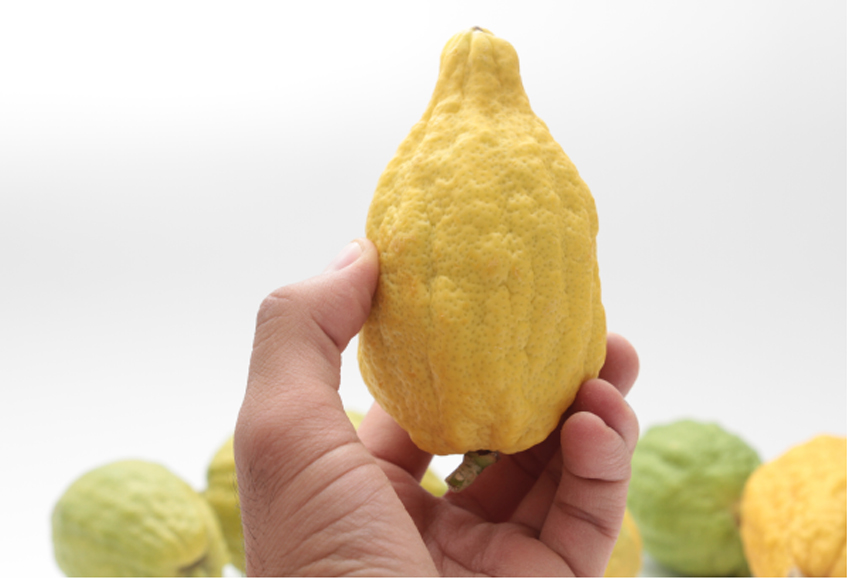 There are many similarities between Pesach and Sukkos. Both begin with a seudah – a festive meal – which families and often friends eat together. In fact, Chazal (Sukkah 27a) note that since both take place on the fifteenth of their respective months, Nissan and Tishrei, they share certain halachos because of their common dates. Yet, only of Sukkos does the Gemara a bit later (Sukkah 27b) state that “it would have been appropriate for all of Yisroel to dwell in one sukkah. Two Chassidic giants, the Sefas Emes (Balak 5651) and the Sheim MiShmuel (Balak 5672) understand this statement to refer to the unity of Klal Yisroel. Yet, this seems to beg the question, for it would have been just as easy to declare that all of Klal Yisroel could share the same Seder. Yet, clearly the Gemara derived this statement from a posuk (Vayikra 23:42) which speaks only of Sukkos, despite all the other commonalities between the two Yomim Tovim. What exactly is this quality of Sukkos that brings us all together?

My rebbi, Rav Yitzchok Hutner zt”l (Maamorei Pachad Yitzchok 14-15), offers a profound insight into this quality of Sukkos. He had already explained in many maamorim the surprising juxtaposition between Yom Kippur and Sukkos. On the surface, it would seem that there is no reason for Sukkos to follow immediately after Yom Kippur. We left Mitzrayim in Nissan and entered immediately into the Ananei Hakavod – the Clouds of Glory – which we commemorate on Sukkos. Therefore, most of our early meforshim are puzzled by the delay in celebrating the great miracle of these protective clouds until Tishrei, a few days after Yom Kippur.

Rav Hutner (Pachad Yitzchok, Yom Kippur 8:8; Maamorei Pachad Yitzchok, Sukkos 7, 98:15, 106) often quoted the Vilna Gaon (commentary to Shir Hashirim 1:4) that on Sukkos we celebrate the Clouds of Glory that returned after the sin of the Eigel, not the original ones. Therefore, we commemorate them after Yom Kippur, since they were restored by our teshuvah.

Based upon this revelation, Rav Hutner explained that Sukkos unifies all of Klal Yisroel, since there is a promise that eventually all of Klal Yisroel will repent (see Rambam, Hilchos Teshuvah 7:5). Each individual who does teshuvah benefits from this divine promise and connects his own transformation to the soul of the nation. For this reason, the song of the baalei teshuvah (see Sukkah 56b), which took place at the Simchas Bais Hashoeivah, had to be in the Bais Hamikdosh, the only place in the world that represents each and every Jew.

Rav Hutner adds that for this reason, as well, it was Dovid Hamelech who “established the power of teshuvah” (Moed Koton 16b), since he was the ultimate king of Klal Yisroel and the “king’s heart is the heart of all of Yisroel” (Rambam, Hilchos Melachim 3:6). Rav Hutner concludes that it is therefore only natural that all of Klal Yisroel should sit in one sukkah, since it is their common and joint teshuvah that informs and enables the repentance of each and every Jew.

Rav Yosef Tzvi Dushinsky zt”l, the rov of Chust and Yerushalayim (Drashos Maharitz, 2:4) adds that “it is appropriate for Klal Yisroel to all sit together when they have achieved mutual love and respect with no hatred or rancor between them at all.

More recently, Rav Nosson Gestetner zt”l (Lehoros Nosson, Moadim 3:352) suggests that when the simple Jews would eat in the sukkah with the tzaddikim, they were elevated by being in the presence of their holiness. He adds that this explains the tradition of the Arizal to bless the Arba Minim in the sukkah (see Mogein Avrohom 651:17), since each of the four species represents a different level of Jew, but the sukkah unifies them despite their differences.

Interestingly, the Mishnah Berurah (637:2) quotes the Gemara which states that potentially all of Klal Yisroel could share a sukkah as the source of our permission to eat in a borrowed sukkah, as opposed to the Arba Minim, which we must own on the first day of the Yom Tov.

The Klausenberger Rebbe zt”l (Shefa Chaim, Sukkos 2:128) adds an important dimension to this concept. Sukkos follows Yom Kippur because we have forgiven each other and are now living in peace and tranquility. At that point, we are all capable of sharing the same holy space of the sukkah, since we are, in fact, unified and there are no barriers between us. He sees this as reflecting the Gemara (Sanhedrin 7a) which describes one of the Talmudic generations during which everyone so loved each other that many people could share one bed and a blanket without fights or resentment, since each person cared only about his neighbor’s comfort and contentment.

A dramatic and inspiring example of this in our time may be seen in the following story. Rav Moshe Feinstein zt”l was approached by someone for a letter attesting to his qualifications as a shochet. Rav Moshe tested the man on the laws of his craft and wrote him a glowing letter of approbation. Some of Rav Moshe’s talmidim expressed shock at his kindness, since this man had vilified Rav Moshe publically several times that year because of his disagreement with one of his rulings. “Rebbe,” one of them asked, standing up for his kavod, “how can you write this man a positive letter when he has shamed you so horribly?” Rav Moshe looked surprised. “But a Yom Kippur has passed since. Surely he has repented like every good Jew. I have forgiven him and surely heaven has done the same.”

That is the power of Yom Kippur and that is why all Jews can sit together without anger or resentment toward one another.

The Sefas Emes (Sukkos 5662, page 192) grants us an insight into the interplay between the Arba Minim and the sukkah based upon these concepts. He teaches that while the sukkah represents our joining with Hashem after the splintering caused by the sin of the Eigel, there is another dissolution that is brought about because of sins between man and man. The healing of this rift is symbolized by the joining of the Arba Minim, which, when brought into the sukkah, cause the name of Hashem to be imprinted upon us all (see Sukkah 9a). A careful reading of the Sefas Emes reveals his novel look at the Arba Minim, the lulav, esrog, hadassim and aravos. The Gemara only mentions that Hashem’s name is emblazoned upon the sukkah, but the Sefas Emes adds that it becomes part of the Arba Minim as well. This indicates to us that not only does Hashem forgive us after Yom Kippur and allows us entry into His holy abode, but He actually uplifts us as well to the point where we bear His Name upon ourselves. This is truly a great consolation after the estrangement of sin and punishment. The Arba Minim, especially when we hold them in the sukkah, as mentioned earlier in the name of the Arizal, become the source of our incredible simcha, as Rabbeinu Yonah writes (Shaarei Teshuvah 4:8), “to demonstrate our joy at Hashem’s acceptance of our teshuvah.”

All of this adds a new dimension to the famous anecdote about Rav Levi Yitzchok of Berditchev. His sukkah was always filled with tzaddikim and talmidei chachomim, but at each meal there were also people of a much lower caliber. In fact, he was often asked why he insisted on inviting guests into his sukkah whom most people would not allow into their homes. His recorded answer is that when Moshiach arrives, he will invite some people to the unique sukkah of the Livyoson. “When they stop me at the door,” declared the humble rov of Berditchev, “because I am unworthy, I will show them that I, too, allowed everyone into my sukkah. Perhaps this will allow me entry into that great sukkah as well.”

It may be that the holy Berditchever was alluding to a deeper symbolism in his sukkah as well. As we learned from the Sefas Emes, bringing the Arba Minim into the sukkah represents “making Klal Yisroel into one agudah,” a unified nation who carries the Name of Hashem on each individual. Rav Levi Yitzchok gave this disembodied concept a reality by hosting his own human Arba Minim. The Four Species, too, vary in their positive traits, but each contributes a dimension to the total mitzvah of the day. So does every Jew, and Rav Levi Yitzchok demonstrated the beauty of this conglomeration by seating what appeared to be the lowest souls with the holy Ushpizin and their contemporary counterparts.

We, too, can more securely assure our own place in the Livyoson sukkah by reaching out to our fellow Jews, whether they be esrog-like or lowly aravah. Undoubtedly, Moshiach will be pleased by our bringing all together and invite us to the geulah sheleimah bimeheirah beyomeinu.