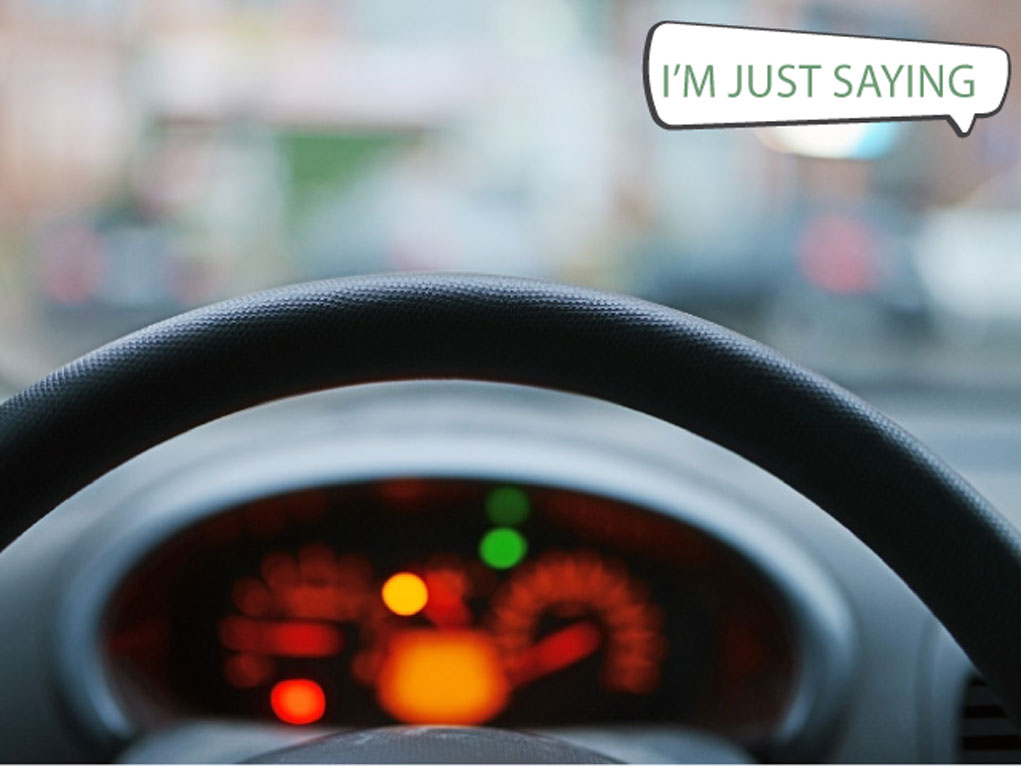 I will admit that years ago, I once was a news junkie. Upon entering my car, I would turn on the news and hear the dribble of the talking heads, and I would even believe some of it.  Boruch Hashem, over the last decades, I have had the ability to listen in my car to much more meaningful audibles through the advent of prolific shiurim that are available through my phone and car speaker.

I was never a music aficionado, and with all due respect to Reb Abish and all the wonderful singers, a geshmakeh daf with reid, especially by Reb Sruly Bornstein, now most often fills my car speakers on longer hauls. My wife sometimes has to sit through complicated exegeses about tzoras achos isha and other yibum-oriented pilpulim on the long trips to Lakewood, but we both admit that it beats the news reports and talk radio any time.

However, I must admit that when the top of the hour comes, I have not overcome the desire to push the button on the console that has the word “radio” etched on the metal. After all, I can justify my hearing five minutes of headline news. I excuse myself, rationalizing that it’s a holdover from the traffic and weather reports that come at two minutes before the hour.

Last week, at 5:58 p.m., I turned away from what was true news to hear the first sixty seconds of fake news. Quite often, unlike the rest of the news, traffic and weather often contain bits of truth. This time, the newscaster was accurate. The Belt Parkway was backed up from Kennedy to Erskine Street, and it was pouring in the city. I could confirm that, as I was in the car.

Then came the ding, with the ominous tones of the broadcasters that are orchestrated for us to sit on the edge of our seats as they announce the end of the world. What were the top news stories of the United States of America on the 6:00 news?

There were two. The first one was that according to an assistant White House staffer, on January 6th, 2020, President Trump was returning from the rally at the Capitol. He was so upset that his drivers were turning him around away from the infamous rally and heading back toward the White House that he allegedly grabbed the steering wheel of the car and told his driver to go back toward those who were rallying in his favor. I don’t know how this news will affect the state of the country, but it made top billing.

The second item was mentioned as if it was somewhat trite in comparison. That was a story of more than 50 migrants who were found murdered by being locked in a boiling hot truck, suffering away in the Texas heat, while the smugglers who brought them here illegally went their merry way to let them die.

According to the way I heard it, the newscaster did not intone the same deadly severity as he did when talking about the president wanting to turn his car around.

I don’t know who creates the priorities in the news reporting and what the priorities are. If 53 children or even adults were mass murdered by a gun, that certainly would have been the top story. That would be a story about the danger of guns. However, if a Latino smuggler killed them, well, that is just people killing people, certainly not as newsworthy as a fight over a steering wheel.

Highlighting murders through immigrant smuggling might quell the enthusiasm for reckless border breaches. That’s not a real story. It gets shifted to the back pages or broadcast after the Kars 4 Kids commercial in a newscast. There are so many takeaways that got me thinking, and I’m not sure which one I should pontificate about this week.

Basically, a person who was very upset felt that he was spurned illegally. There was a large group of people who concurred with his views who were protesting on his behalf somewhat raucously. The pained individual simply wanted to join his supporters in the way that many protesters are joined by the spearhead of their cause. This individual, who I admit is not the epitome of sterling character, calmness, and middos tovos, was being forced to leave the group that so heartedly supported him. He did not want to leave and was quite adamant that he wanted to return to the gathering of his supporters. I don’t know where and how this comes in to the relevance of criminality and something called an alleged “insurrection,” and I certainly don’t understand why this particular piece of news rates top billing over the murder of more than 50 people in a refrigerated car in Texas.

I don’t know why these types of stories and the ongoing tararam about them takes precedence over the countless murders going on together with mayhem in the streets of major cities, like New York, Chicago and Los Angeles, where crime is rampant and inflation is out of control.

It reminds me of the story of the fellow who was driving his old jalopy laden with merchandise to the flea market fair. He would usually spend a week there selling the wares that he had piled up in the back of his old station wagon. It would get him through a few months.

However, about five miles away from the great fair, his car broke down. The steering wheel just would not move. Being slightly handy, he attempted to fix it himself. He tried to replace the belts, patch leaking fluid, and address a host of other issues. Meanwhile, the fair was starting and passersby were offering him lifts. One or two even offered to take the whole load. The man ignored them. His focus now was on the steering wheel. And until he resolved that problem, there could be ten fairs to attend that would come and go. Of course, by the time the car got fixed, the flea-market was closed.

In a country rife with monumental crises of division, vice and violence, it’s a shame that the powers that influence most Americans are steering them toward the wheel that just spins.