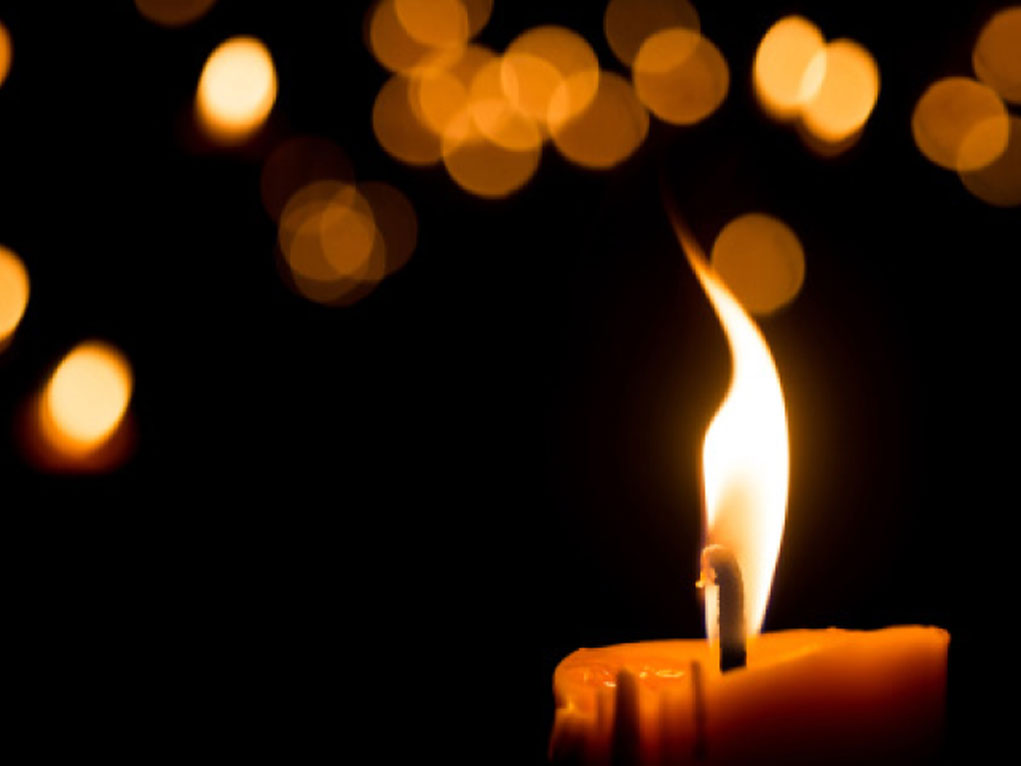 As everyone knows, the halachos and essence of Chanukah are discussed in Maseches Shabbos. Rav Tzadok Hakohein of Lublin often teaches that the subject matter in each Gemara was chosen by Ravina and Rav Ashi with great precision. Thus, the saga of the churban Bais Hamikdosh is discussed in Gittin because, so to speak, Hashem was sending His people into exile just as a husband sends away his wife in divorce. Mattan Torah is explicated in Perek Rabi Akiva because he personified Torah Shebaal Peh (Sanhedrin 86a). And so on. It is clear, therefore, that there is an intricate relationship between Shabbos and Chanukah, as symbolized by the fact that every Chanukah includes at least one Shabbos. Furthermore, Shabbos was one of the three mitzvos, along with bris milah and Rosh Chodesh, which Yovon attacked most severely (Megillas Antiyochus, posuk 31). Let us therefore explore this special symbiotic relationship between Shabbos and Chanukah.

My rebbi, Rav Yitzchok Hutner (Pachad Yitzchok, Chanukah 6:4) quotes a posuk (Shir Hashirim 5:2): “Open your heart to Me, My sister, My love, My dove, My perfection.” The Medrash (Esther Rabbah, Pesikta 5) elucidates each of these appellations. “My sister” refers to Bavel, “My dove” (Yonasi, beginning with the letters which spell Yovon) refers to the Greeks, “My perfection” refers to Edom, and “My love” refers to Madei.”

The Medrash elaborates upon the reference to Yovon: “Why does Yonasi refer to Yovon? Because during its days, doves were offered upon the altar.” Rav Hutner explains that the singularity of the Greek bondage was that Yovon was the only empire that subjugated us in our own place. The Maharal (Ner Mitzvah) teaches that unique amongst all our enemies, Yovon held us in captivity even as the Bais Hamikdosh continued to function. They did not destroy the Bais Hamikdosh; they defiled it. They did not spill out the oil; they sullied it.

Rav Hutner continues to explain in many places that Yovon’s antagonism to Klal Yisroel was focused primarily upon the menorah because it represents chochmah (Pachad Yitzchok, Chanukah 4:6, 8:8, 9:7, 10:9, 11:4) and the Greeks prided themselves and are known primarily for their philosophers and ostensible contributions to the world’s wisdom. Therefore, our triumph over Yovon had to involve the lighting of the menorah, the symbol of our chochmah which is not man-made but flows directly from the Creator.

As Rav Hutner notes many times (see Pachad Yitzchok, Purim) that in order to make a havdalah (distinction) between two things, one must point out the sharp differences even while recognizing the similarities. Thus, the stark contrast between Am Yisroel and Yovon is at its sharpest regarding the menorah, which represents the distinction between our chochmah and theirs. Shabbos, too, culminates in Havdalah, because it is the ultimate defining point between Jews and gentiles. It has often been pointed out that when we wish to identify someone as being religious, we say that he is shomer Shabbos. When we recite Havdalah after Shabbos, we mention the difference between this day and all other days, along with the difference between Jew and gentile. Shabbos is our starting and ending point when we define ourselves. Chanukah, which also establishes for all eternity the uniqueness of the Jew, must perforce include a Shabbos, because they both shine with the glow of Havdalah.

It is fascinating to note that in the various kiruv rechokim movements, the culmination and high point of the process tends to be Havdalah. It is not just the coincidence of this “ceremony” coming at the end of the Shabbos experience. It is that Shabbos itself serves as the ultimate mechitzah separating holy from profane and Klal Yisroel from the other nations. Thus, Shabbos Chanukah takes on a life of its own. In particular this year, when Shabbos Chanukah comes at the end, the confluence of these two holy times coalesces to form a seamless day of dual sanctity. We require neither Greek philosophy nor the wisdom of the Greeks, for we have our own. Ours is divine and eternal, whereas that of Yovon is ephemeral and temporary.

Speaking of differences and similarities, one stark distinction between the Shabbos and Chanukah candles is our ability or even mandate to benefit from them. The halacha states that one lighting Shabbos candles must benefit from them. The custom many women have of closing their eyes for a moment reflects reversing the usual order of making a brocha before doing a mitzvah. But it also recognizes the need to “use” the Shabbos lights in some way. On the other hand, as we recite in Haneiros Halalu, “these lights are holy and we have no permission to use them, only to view them.” Why this distinction?

It would seem that although Shabbos and Chanukah are inexorably entwined, they serve different functions. The Shabbos candles represent shalom bayis, tranquility in the home, and require our giving them honor (kavod) and taking pleasure in them (oneg). The Chanukah light, on the other hand, symbolizes our rejection of and triumph over the finite and ephemeral wisdom of Yovon. If I may add a personal note, I was looking for a book that I remembered provided a good synopsis of the so-called Greek contribution to world history and civilization. It is called Wisdom of the West and was written by one of the ostensibly most important modern philosophers, Bertrand Russel. To my surprise, no local library even had a copy. Then it occurred to me that while our Torah is not only eternal, it is Toras Chaim, alive and well, studied daily all over the world. Greek philosophy is relegated to the dust-heaps of academia and Ph.D theses.

A story comes to mind of a Hakafos Shniyos in Ramat Gan, where, for political reasons, gentile ambassadors and dignitaries from other countries were invited. After enjoying the sights and sounds of the singing and dancing, one of the African representatives inquired about the Sifrei Torah. “What exactly are those scrolls people are kissing, hugging and dancing with?” the visitor asked. When it was explained that this is the scroll of our laws, the man was in shock. “We, too, have laws,” he declared, “but we would never dance or kiss them. We don’t even like those laws. We are just stuck with them.”

This is one of the manifestations of our love for the menorah and Chanukah. The menorah represents Torah Shebaal Peh, the part of the Torah where we have the greatest involvement. We certainly cannot add anything to Tanach, but everyone learning Mishnah or Gemara adds a component and even eternal thought to the constantly growing edifice of the Torah.

This leads us to one more distinction and common denominator between the Shabbos leichter and the menorah. Whereas Shabbos is kevi’i vekaymi – already set in stone from creation – the Yomim Tovim flow from the involvement of bais din and Rosh Chodesh. Chanukah has both Shabbos and Rosh Chodesh, and the Yevonim tried to destroy both. They recognized that they have nothing like this ability to combine ancient truths and a constantly growing compendium of sacred thoughts. Only the Eternal G-d could create such a combination, for it transcends time and space as only the true Creator can do.

In conclusion, a Churban Europah story may be the best coda to the song of Klal Yisroel to the precious mitzvah of Chanukah. Word rapidly spread to the emaciated prisoners of Bergen-Belsen on the 25th of Kislev 5704 (1944) that a Chanukah candle would be lit that night in the miserable A2 barracks of their gehennom abode. Dozens of Yidden gathered under the most dangerous but uplifting of circumstances to join in the mitzvah. The Bluzhever Rebbe, one of their fellow captives, but one who had for months given them chizuk and courage, strode into the room, his face shining with kedusha. In his wizened but holy hands, he held a tiny sardine can that contained precious oil that had been saved up for the occasion. The rebbe took out a thin wick which had been removed from one of the uniforms that had been discarded. With cries mixing joy and pain, he recited the first two brachos but stopped before the third. Some thought that the elderly tzaddik had finally been overcome with fear and was paralyzed into silence. However, he soon seemed to regain his composure and recited Shehecheyanu with great kavanah and fervor.

One of the inmates was a Jew who was already alienated from his religion before the war and now could not contain his scorn. “I can somewhat understand your recitation of the first two blessings,” he said with incredulity written on face, “but how could you say Shehecheyanu…lazeman hazeh? All around us is evidence of our brethren being tortured, murdered, gassed and burnt in the crematorium. How can anyone thank G-d for ‘this special time’?” The rebbe looked at the man with fatherly love and compassion. “You are right,” he responded. “I, too, hesitated before reciting third brocha. But then I looked behind me at our suffering brothers and I saw hundreds of eyes peering out of their walking skeletons. I saw in them sparks of holiness and hope, deep belief and trust in our Heavenly Father. I made the Shehecheyanu upon all these souls and the eternal flame that burned in their holy neshamos despite all that they have experienced and suffered for the past four years” (Shailos Uteshuvos M’eimek Habocha).The Bluzhever Rebbe taught us by example the power of our triumph over the Yevonim. It is the power of the flame and the spirit of Shabbos. It is the song of eternity overcoming the limitations of heresy, Greek philosophy and human frailty. Neither Yovon nor the Nazis can destroy us when our emunah and bitachon are strong and we continue to perform Hashem’s mitzvos no matter what is happening around us. My we soon celebrate the light of Chanukah by the light of Moshiach Tzidkeinu bimeheirah beyomeinu.