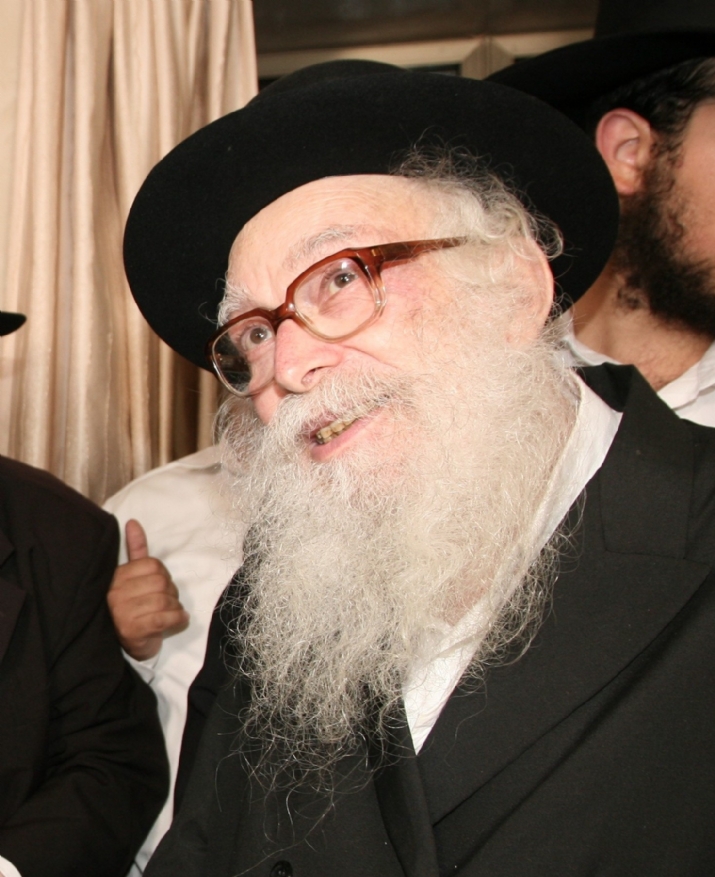 It is very easy for even a genuine talmid chochom to sometimes miss an element that is essential to a halachic debate.

Two talmidei chachomim debated whether one has to act leniently when the Gemara concludes a question with “teiku.” Obviously, if the question is regarding a Torah law, the rule is safeik de’Oraisa lechumrah. They debated a teiku regarding a rabbinic law, however. One rov ruled that teiku means that the question is unresolved. It seemed obvious to him that the halacha is always to act leniently, since the Gemara concludes that this issue is unclear. His colleague disagreed. “Who says teiku is relevant to the final determination of the halacha? Why wouldn’t one say that teiku merely means that we cannot answer the questions posed?”

Naturally, they went to a higher authority, in this case the great Noda B’Yehudah, for a clear-cut answer.

“I do not understand your dispute at all,” he responded. “Is this, then, a new issue that requires contemporary scholarly debate? This ancient question is discussed in the Rishonim in Shabbos 65. The Rif and the Rosh comment there that in every teiku regarding a Torah law, one must be stringent like all questions regarding a Torah law. But regarding a teiku in a rabbinic matter, we rule leniently, like all sefeikos in rabbinic laws. Many Rishonim agree with them, but others, including the Rambam, argue, as the Hagahos Maimonios explains. Who can possibly attempt to decide in this debate?

“And if a rov ruled leniently on such a question, one need not protest. And he definitely is not required to retract after the fact” (Shu”t Noda B’Yehudah, Part II, #64).

It is certainly interesting that the custom is to daven for a sick person using his mother’s name. One man wondered why this should be and consulted with the Ben Ish Chai regarding this enigma. “After all, the verse says ‘lemishpechosam leveis avosam.’ Since a child’s family is determined by the father, isn’t it most natural to use his father’s name?”

“To understand why using the mother’s name is more advantageous, we must recall that a sick person is attacked by heavenly accusers. When asking Hashem to heal a sick person, we want to use the method least likely to arouse the accusers. It is clear that a man’s name will arouse accusers more than a woman’s. There are several reasons for this. Firstly, a man is obligated to learn Torah all the time, while a woman is not. Secondly, any mitzvos that one fails to perform properly also serve as fodder for the accusing angels. Since women are not obligated in time-bound positive mitzvos, they will most likely arouse fewer accusations. Thirdly, women as a whole are usually purer than men in thought and deed. For these reasons, it is more to the sick person’s advantage that we pray for recovery using the mother’s name” (Shu”t Torah Lishmah, siman 399).

On thisdaf, we find that saying “wine and life for the sages” is permitted. The Yeitev Lev explains what one means by this apparently strange statement. “It is well known that wine loosens one’s lips, causing him to speak the secrets of his heart. A siman to this is that the numerical value of the word yayin is seventy [10+10+50=70], the same as sod [60+6+4]. The Rosh points out in Orchos Chaim that speaking too much shortens one’s life, since we all have only a certain allotment of words to use throughout our lifetime. This is alluded to in the verse, ‘Nafshi yotzah bedabro.’ This can be understood to mean, ‘My soul emerged when speaking.’

“Speech only shortens one’s life when one speaks about mundane matters, but speaking in learning, in matters pertaining to holiness or mitzvos, does not shorten one’s life. Quite the contrary, one should speak in learning and about holy matters as much as possible. Now we can understand the words that accompanied every toast of Rabi Akiva during his son’s wedding, as we find on Shabbos 67: ‘wine and life for the sages.’ This means that it is only the rabbonim and those who go in their ways who can drink wine with impunity, since this will merely cause them to speak about Torah or other holy matters. For those who do not follow the ways of our sages, drinking wine can lead to a big loss” (Yeitev Lev).

On thisdaf, we find a case of a child taken captive, the classic tinok shenishbah. Although this concept is often used as a paradigm regarding contemporary estranged Jews, some poskim rule more stringently regarding this sugya. After all, every estranged Jew, even in earlier times, had his reasons to fall away from Torah. If we always allow such reasons to classify any estranged Jew as a tinok shenishbah, wouldn’t that contradict the possibility of the harsh halachic reality of mechallelei Shabbos having any real application throughout the generations?

The Chazon Ish is one of the authorities who insists that most estranged Jews today be classified as tinokos shenishbu. He asserts that a bais din must evaluate every case individually, determining what type and how much explanation an estranged Jew requires to truly grasp the fundamentals of Yiddishkeit. Only once this is implemented and he understands but rejects Shabbos and other fundamental principles does an estranged Jew lose his status as a tinok shenishbah.

As far as why this was different in earlier generations, Rav Nissim Karelitz explains this quite well. “It used to be that everyone knew that a good Jew is one who keeps Torah and mitzvos. Only a meshumad chose to reject this, and he understood that his actions drove him beyond the pale from the point of view of all Jews. But since the Haskalah, that changed. Now, many Jews believe you can be a good Jew without keeping Shabbos and the like, since it is enough to be a Jew in your heart, without requiring any actions, chalilah. Therefore, in our times, there is a special leniency for estranged Jews, since they truly do not know better”

On thisdaf,we find that the words “veshomru Bnei Yisroel es haShabbos” teach us that every Shabbos has its own shemirah. What about a place where it is not at all clear when Shabbos is? For example, during the summer, in many places in Europe, darkness does not come at night. This is a huge question in the poskim. After all, Shabbos begins at sundown, because this may be the beginning of the night. On the other hand, could there be a place where one is not required to keep Shabbos at all, since night does not arrive? And if one was obligated, how could he determine when to start and end the holy day?

One businessman who had to be in just such a place wondered what he should do about Shabbos. When his question was presented to Rav Yosef Shalom Elyashivzt”l, he ruled that it was a problem without an easy solution. “No Jew should live in such a place. As far as one who must be there for a limited duration, he must travel to a place that has an actual sunsetand nightfall every week before Shabbos” (Deror Yikrah, p. 74).

When asked how religious Jews contribute to the State of Israel, Rav Yankel Galinsky replied with a story:

“Imagine an otherwise religious person who eats on Taanis Esther. When asked why, he answers, ‘Well, you know, having given this some thought, I concluded that Haman was correct. After all, the Jewish people are mefuzar andmefurad, and perhaps his decree was a good idea. So I can’t see a reason to fast to commemorate Haman’s defeat.’ To the surprise of all his acquaintances, that night, he enthusiastically joins in the joyous festivities of Purim, eating and drinking like everyone else. When asked to explain his inconsistency – does he believe that Haman was right or wrong? – he replies with his mouth full, ‘Well, I thought it over and it appears as though Mordechai was right after all. Isn’t that a good reason to celebrate?’

“Do you think this man is some kind of philosopher? Obviously, he is nothing more than a glutton who only wants to eat, whatever the excuse. But if we think about it, was David Ben Gurion all that different than this baal taavah? As is well known, Ben Gurion had to defend the creation of a Jewish state before the Peel Commission as the British Mandate drew to a close. Ben Gurion’s strongest statement was, ‘The Bible is our mandate.’

“But what about the rest of the Torah? Doesn’t it also say that one who transgresses the Shabbos shall surely be put to death? Ben Gurion was, unfortunately, very far from keeping Shabbos. From the standpoint of pure consistency, if Shabbos is disregarded, how can the Torah serve as their mandate?”

Rav Galinsky concluded, “Clearly, only those who fulfill the Torah consistently have a right to invoke its claim to the land. Perhaps that still won’t convince a non-Jew, but at least we should know with absolute faith that we have a right to the land. Without religious Jews, your right to Eretz Yisroel is clearly very tenuous!” (Vehigadeta, Sefer Bereishis).

While sitting on the floor during the seudah hamafsekes on Erev Tisha B’Av, we realize that we are actually wallowing in the dirt while we still lack the Bais Hamikdosh, the heart of the world.

During this meal, it is forbidden to eat more than one cooked dish. The Shulchan Aruch writes that one may not even eat the same food cooked in two separate pots.

Although the Magein Avrohom explains that this is only if there is some difference between them, the Knesses Hagedolah rules that even the same food cooked in two different pots in the same manner is forbidden during this meal. The Shaarei Teshuvah wonders why this should be. After all, if the two are the same, shouldn’t they be considered one food?