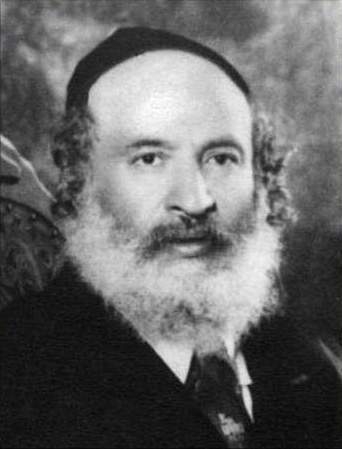 Thisdaf discusses the halachos of various situations that take place on Shabbos.

One father of a bar mitzvah boy in Eretz Yisroel was bedridden and could not leave the hospital under any circumstances. With great difficulty, he dragged himself to the hospital shul three times a day to daven. It is the custom for the bar mitzvah boy to receive maftir on Shabbos and read the haftorah. Everyone wondered how they could make this simcha without the boy’s father in attendance at their shul. After much thought, the family came up with a brilliant idea: Why not make the bar mitzvah at the hospital? After ascertaining that there were hotels nearby, they realized that it would indeed be possible. Although it would be expensive, they felt that it was worth the price. No expense was too much if it would generate nachas and pleasure for the sick father.

After the bar mitzvah Shabbos, one of hospital staff members approached the father with a surprising proposition. “As you know, here in Israel we need to have everything on film due to security reasons. That includes the shul, even on Shabbos. Obviously, we have the entire bar mitzvah on film. Would you like a copy?”

The father was confused. Could he really use a video taken on Shabbos? Although the security staff was certainly permitted – even obligated – to film, he didn’t feel comfortable taking a copy without consulting a competent posek.

When his question was presented to Rav Yitzchok Zilberstein, he ruled decisively. “It is definitely forbidden for one to enjoy even still pictures captured from a video taken on Shabbos. Doing so would surely generate a chillul Hashem. One glance at them makes it obvious that they were taken on Shabbos” (Chashukei Chemed, Shabbos, p. 632-633).

It was after the Shabbos seudah when Rav Yisroel of Modzhitz zt”l called his children together. To their surprise, he began to confer with them regarding a prospective shidduch for one of his daughters.

“But why not wait until after Shabbos?” one son wondered aloud.

“I am purposely discussing this today,” he replied. “Our sages say that on Shabbos one may discuss matches for his daughters. On Shabbos, there is nothing that is not either a mitzvah or forbidden. When our sages permit discussing a shidduch, they are actually suggesting that we do so.”

After recounting this story, Rav Shaul of Modzhitz zt”l made an interesting point. “We know that one may only discuss that which relates to a mitzvah from Shabbos 150 and Kesubos 5. Rashi in Kesubos explains that one may ascertain if a teacher wishes to teach a child not only Torah but even a trade on Shabbos, since this, too, is a mitzvah. Clearly, the same is true when it comes to discussing a shidduch on Shabbos, which is also explicitly mentioned in Kesubos there.

“We can easily understand why this is a mitzvah. As we find in the Medrash, every weekday is paired with another day except Shabbos. When Shabbos complained to Hashem that it has no match, Hashem told it thatKlal Yisroel is its match. Is it any wonder that one should speak about shidduchim on Shabbos?” (Yisa Bracha, Part V, p. 318).

Shabbos 151: Mercy on the Creatures

The Klausenberger Rebbe zt”l recounted an intriguing story. “When I was with my uncle, the Maharsha of Ropschitz, for Rosh Hashanah, he was already very aged. Even walking was difficult for him then. When I noticed him walking down his long courtyard early in the morning of the first day of Rosh Hashanah, I wondered about this and followed him. After all, why was he going first thing in the morning, on today of all days, to where they keep the animals?

When I asked him about this, he astonished me. “On a day like today, everyone is occupied with either saying Tehillim or praying in shul,” he said. “I am worried that they will forget to feed the animals. I therefore came here before the tefillah to ensure that the animals will not be left hungry.”

The Klausenberger Rebbe remarked, “I believe he had a deeper reason for seeing to the animals before davening on Rosh Hashanah. As we find in Shabbos 151, Hashem has mercy on those who show mercy to the briyos, Hashem’s creations. It does not say one who has mercy on mankind, but rather on creations or creatures. The Rebbe understood that showing compassion for his animals was the way to arouse Hashem’s compassion on us even if we have and ‘hardly better than animals’” (Shefa Chaim, Part II, p. 272).

Rav Shlomo Ganzfried zt”l, the illustrious author of theKitzur Shulchan Aruch and many other important works, offered an intriguing explanation of a seemingly enigmatic statement of our sages: “In Shabbos 152, Shmuel tells Rav Yehudah: ‘Shininah, sharp one, eating is better for one until age forty, while drinking is superior after forty.’

“We may well wonder why this needs to be taught at all. It is especially significant that he calls him ‘sharp one’ before making such a simple statement.

“We can understand this in light of the words of Rav Yonason Eibeschitz regarding why Malki Tzedek brought out specifically bread and wine when he greeted Avrohom Avinu. Rav Eibeschitz explains that bread alludes to the revealed Torah while wine symbolizes the Torah’s innermost secrets. This is why Shmuel tells Rav Yehudah, ‘Since you are sharp, I will tell you an important principle. Until forty, it is better to spend your time learning the revealed Torah. After forty, it is better to learn the hidden Torah.’”

Rav Shmelke of Nikolsberg zt”l learned two lessons in avodah from this statement: “Shmuel is telling us to learn from the nature of food before forty and from the nature of strong drink when one is older than forty. When he is young, he should look at bread, which gets less fresh as time goes by. He should understand from this that the younger he is when he learns, the better he will remember his learning. But when one is already over forty, he should not indulge in discouraging thoughts even if he has not yet learned. He should learn from wine that is better the older it gets. Whatever one learns from age forty will be much clearer and deeper than that which he absorbed when he was younger” (Apiryon,p. 17; Mesilos Gad, p. 112).

Shabbos 153: Laying Down Our Burdens

Rav Menachem Mendel of Vishive zt”l taught an important ethical lesson from the Mishnah on thisdaf. “‘If it gets dark for one while he is on the road’ – this can also refer to one who walks in darkness while sojourning on earth. He is in darkness because he does not follow the way of the Torah. ‘He gives his purse to a non-Jew’ (so as not to carry on Shabbos) – if he has children, such a person gives his money to non-Jews to train his child to be a doctor or work in another lucrative occupation. ‘If there is no non-Jew with him, he should put his purse on the chamor, donkey’ (so as not to carry the purse on Shabbos) – if he doesn’t have children or has finished paying for their education, he places the money on chumrios, various material pursuits and desires. ‘When he reaches the outer courtyard, he should take the vessels one may use on Shabbos off the donkey’ – the outer courtyard alludes to his soul arriving in the next world. At that time, he takes whatever good he did during his lifetime, which is the only currency that is negotiable in the next world. ‘What one may not use on Shabbos (and therefore may not be carried) he should release the ropes that hold them so sacks holding them fall off (the donkey) – everything else he did will fall to nothingness” (Hagaon Hakadosh MiVishive, Part I, p. 314).

On this daf, we find that it is forbidden to cause pain to animals.

“Once, my father asked me to watch the animals housed in our stable. As I stood in a corner out of sight, a Jewish rabbi came and quickly led all the animals out. Before I knew it, they were gone. I was petrified that the animals were stolen and began to cry out of fear. I was afraid my father would blame me for the loss of the animals.

“After a short while, my father came out and asked why I was crying. When I explained, he told me not to worry. ‘I forgot to tell you about the Jewish rabbi. No harm will come to the animals. He knows that our customers come to refresh themselves but completely forget about their animals. In his great mercy, he takes them for a drink so that they will not be thirsty. He will return them immediately afterward, refreshed.’

“That rabbi is the man you are asking about…”

The Ruzhiner was astounded. “I can understand if human suffering troubled him. But to feel the animals’ pain because some non-Jews did not take sufficient care of them…” (Ish Chossid Hayah p. 415).

Shabbos 155: Its Bark is Worse than its Bite

The Satmar Rov zt”l gave a powerful dose of chizuk to even the most downtrodden Jew based on a statement from this daf. “It is well-known that everything Hashem created, He made for His honor. Even evil was created so that we can defeat it and bring honor to Hashem in this manner. We need to learn from evil’s tenacity and perseverance and apply these lessons to our avodas Hashem. In this way, too, evil can come to reveal Hashem’s glory.

“In light of this introduction, we can explain the well-known saying that a dog’s bark is often worse than its bite. Its main strength is in its brazenness. Where a lion’s strength is to pounce and a wolf’s to rend, a dog’s strength is in its bark. We can learn an important lesson from this to help us in our Divine service. As we find in Shabbos 155, a dog is absolutely destitute, more than any other creature. Nevertheless, it is full of chutzpah, barking away despite its own shortcomings. The same should hold true of us. We may be full of sin and very distant from Hashem – spiritually bankrupt, very poor. We may feel that we have no right to ask Hashem for anything, much less the ultimate redemption. After all, it isn’t as though we deserve it! Nevertheless, we, too, must strengthen ourselves to use our mouths to intone heartfelt prayer. We need to beg Hashem to redeem us and Himself, for He is in exile with us, as it were. We need to have azus d’kedushah, holy brazenness, to come before the King however we are and daven with our whole heart” (Aggados Maharit, Part II, p. 300).