The Rosh Yeshiva, the Media and President Donald Trump 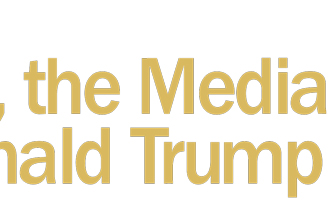 Our new president is at war with the media. They both agree that a bitter battle has begun, with no end in sight. One could speculate, and many already have, as to the president’s motive in beginning his presidency by antagonizing the very people who would seem to retain the keys to his popularity, policies, and indeed final legacy. Yet, at the very least, we can feel his frustration and share his indignation.

The massive demonstrations against his new immigration policies seem to be somewhat rooted in the age-old American sympathy for the underdog, the victims of oppression and belief in equal opportunity for all. And yet, one cannot help but wonder where all these people were when 3,000 innocent souls were slaughtered mercilessly on 9/11. Not only did all the murderers come from one country, to the unlikely shock of its all-knowing government, but their compatriots have been threatening and maligning the “great Satan of America” for decades.

Is it really so immoral for the leader of a country to seek to delay some three thousand people to help protect three hundred million of those he is sworn to protect?

Furthermore, the equation being touted by reporters and pundits across the country is between victims of Hitler’s Germany and escapees from Syria’s civil war. Now, even with the full confession that my parents were Holocaust survivors and we were all post-war immigrants, I am objective enough to consider the analogy intellectually odious and obscene.

I can recall my parents, and frankly every single one of their survivor friends and relatives, speaking emotionally and from the heart of their gratitude to their new country. They did not have to be taught patriotism; they exuded hakoras hatov to their new-found refuge. It was about ten years after we arrived, when I was twelve years old and, like all children, knew English better than my parents, who still struggled valiantly with both speech and understanding, that I studied with them for their citizenship exam in American history. They memorized arcane facts that most born-Americans do not know, such as Chester A. Arthurs’s vice-president and how many articles there are in the constitution. Yet, we felt that it was a privilege to be in this medinah shel chesed and we would surely do our best to fit in and make our contribution.

How does that compare to those who come from a culture where children have been taught to hate this country and wish its destruction? Even if they are the innocent victims of their evil education, should not a president at least wish to vet such people before allowing them to enter our country?

The logical answer is, “Of course he should.” So why has there been such an outcry against what should be sine qua non or, in the more recent parlance, a no-brainer?

The answer, in one powerful word, is the media. Even a died-in-the-wool liberal antagonist of the president, Ross Douthat, admitted in last Sunday’s “Review” section of the New York Times (January 29, 2017, page 11) that “the establishment press…is being pressured to lead the resistance to Trumpism, which makes it more likely to run with the most shocking interpretations…of whatever the White House happens to be doing.” Clearly, the press and greater media have long ago abandoned any pretense of objectivity or truth-searching in order to advance further a cause that has moved further and further to the left toward a wildly radical agenda.

So what does this have to with us as Torah Jews? No, it is not only about Israel, the location of embassies, or Jared and Ivanka Trump’s Yiddishkeit. It actually goes to the heart of our lives as avdei Hashem.

When my rebbi, Rav Yitzchok Hutner zt”l, arrived upon these shores just before Pesach 5694 (1934), he was not fluent in English, let alone ready to disseminate influential articles in his new home. Yet, just two years later, he felt compelled to publish in the Young Israel Viewpoint, one of the only Orthodox journals of the day, a seminal article entitled “Public Opinion and Jewish Education” (Summer, 1936). In it, he explained the dangers of an anti-Torah press and the hashkafah underlying its baleful influence (see Sefer Hazikaron, Pachad Yitzchok, pages 29 and 125).

The Chazon Ish zt”l also railed against the anti-religious press of his time, warning that “they daily publish articles designed to persuasively wrench our people from belief in the Thirteen Primary Beliefs, to implant in them the thought that there is only one world, that the universe has no Creator, that we are not a unique nation and that the Torah is not divine. Their entire purpose is that everyone should follow their spirit of heresy” (Igros 1:96).

The Chofetz Chaim zt”l (Maamar Chizuk Ha’emunah) pointed out the source for the fact that this is actually an affliction generic to our time. When the angel informed Sarah Imeinu that she would give birth to a son, the Torah records that she silently laughed (Bereishis 18:12). The Chofetz Chaim asks why the Torah needed to notify us of Sarah’s apparent deficiency in emunah. He answers that there will come a time known as ikvesa deMeshicha, when the coming of Moshiach will be near. At that time, many gedolei Yisroel will fulfill the role of the ancient prophets, instilling faith in Klal Yisroel and exhorting them to do teshuvah. The Torah is here predicting that despite these efforts, there will be people who will not believe. Just as He was disappointed in Sarah (18:14), so will He be critical of this lack of faith. As the Chofetz Chaim concludes, so it was in Egypt as well (last week’s parsha, Shemos 6:9) that the people did not accept Moshe Rabbeinu’s promise of redemption at first either. The Chofetz Chaim elsewhere (Sichos, 2:48) says that the recent discovery of many inventions that can transport people across vast distances is so that it will be easier to believe that redemption can indeed soon occur.

We can add that gedolei Yisroel have pointed out for several decades that even irreligious Jews have reluctantly accepted the fact that world media have misreported the truth from the Middle East in ways that are ever more vicious and duplicitous. They have, often in the context of the baal teshuvah movement, used this fact to illustrate how truth-seekers should never accept the media’s version of truth about religious matters either. Indeed, perhaps all our problems with the liberal/left media about Israel were generated just to alert us to the conclusion that our truth must come from elsewhere.

Rav Eliyahu Eliezer Dessler zt”l (Michtav M’Eliyahu 4:267) even suggested that these massive spurts of outrageous falsehood represent the last gasps of the sitra achara (the power of evil), who panics when he sees that his days are numbered.

Rav Avigdor Miller zt”l (Ohr Olam, page 41), with his incredible historical knowledge and daas Torah, delineates specifically when this era began. “From 1860 until 1880, the Russian anti-Torah newspapers Hakarmel, Hameilitz and Hamagid conspired with the leaders of the Haskalah, such as Yehudah Leib Gordon and Moshe Leib Lilienblum, to destroy the reputations and influence of Torah-true rabbonim, so that they would have no credibility with their flocks.”

Many gedolei Yisroel, such as the Chazon Ish zt”l (see Igros 1:250) and Rav Aharon Kotler zt”l (see A. Sorosky, Aish HaTorah, biography of Rav Aharon Kotler, 1:127-129) labored mightily to expose the mendacity and prevarications of their theories, often using their own weapons of satire and parody against them. It is clear from these Torah giants that sometimes we are obligated to fight fire with fire, but this can be accomplished only by those who will not be burned themselves.

Perhaps, with the knowledge that we are, in fact, deep into the period of ikvesa deMeshicha, we can conclude that media wars are inevitable in our time. If Mr. Trump is to be a good shliach for Klal Yisroel, which remains to be seen, one of his roles may be to expose the total sheker of the media message. Just as we are so certain of many of their political and historical lies, so should we reject as emphatically their cultural and anti-religious misrepresentations. Surely, we have all been drafted as soldiers in that war long ago by our ancient Torah. May that emes soon prevail.

Twitter
WhatsApp
Facebook
Pinterest
LinkedIn
PrevPreviousTurn Down, the Job, Jared
NextWhat is the significance of a shalom zochor and the minhagim that are associated with it?Next