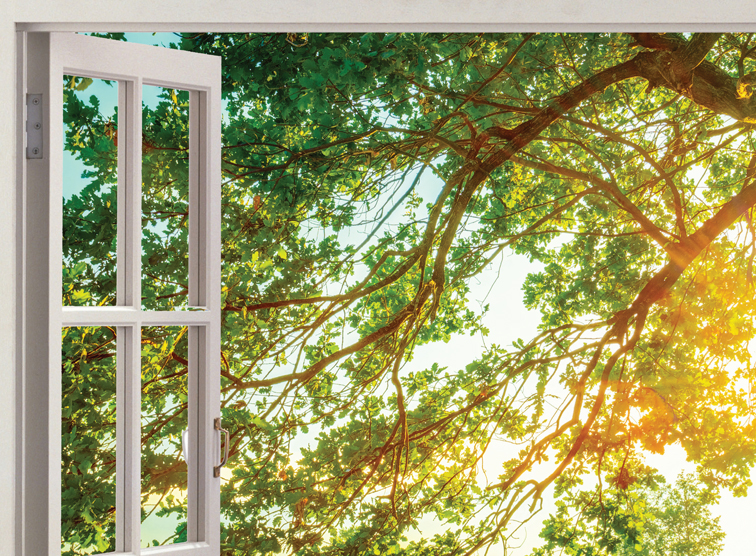 In the past few weeks, reality has come under attack. Newsday reported on April 18, 2017 that “Facebook CEO Mark Zuckerberg wants to augment your reality.” The article revealed the somewhat anticlimactic news that “Facebook wants you to…use your Smartphone’s camera to spruce up your dinky apartment, at least virtually.” It somewhat innocuously explained that even without a cumbersome headset, one could “take a virtual vacation with faraway friends and family.”

At the same annual developer conference, Zuckerberg admitted that there was a darker side to the Facebook phenomenon, noting “a tragedy that took place on Monday when a man posted a video of a murder on Facebook. That raised questions about Facebook’s ability to monitor gruesome material on its site.”

Last week, the New York Times Sunday Magazine (April 30, 2017), featured a major article noting that while “nearly two billion people use Facebook every month…Facebook has begun to act as the great disseminator of the larger cloud of misinformation and half-truths swirling about the rest of the media.” In other words, billions of people are being fed lies and accepting them as the truth. At the end of the article, the author concludes that “the name [augmented reality] bursts with dystopian possibilities – fake news on video rather than just text.”

Apparently, we have entered the age when it is not only difficult to tell truth from falsehood, but a large chunk of mankind is being encouraged to blur the distinction for the most trifling of reasons.

Let us examine this phenomenon from a Torah perspective and see how it affects each one of us to the very core of our being.

Rav Yisroel Salanter, at the very beginning of his Igeres Hamussar, sets forth the single greatest pitfall that causes man to fall into evil: “Ha’adam chofshi bedimyono ve’assur bemuskalo – Man is free in his imagination, but restrained by his logic.” He goes on to explain that it is man’s ability to fantasize and create false pleasures that ultimately lead him astray.

Rav Shlomo Wolbe (Alei Shur 2:43) explains that “the imagination depicts the fulfillment of these desires with such clarity that it becomes almost impossible for a mortal to resist.” He goes on to declare that the only antidote is that a person must always remember that there will be a punishment for those who succumb to these seductions. The reason people sin anyway, although they intellectually know that there is a price to pay for these actions, is that they are convinced that they will be unaffected and others will be punished.

Rav Chaim Friedlander (Sifsei Chaim, “Middos,” page 76) raises an interesting issue about this approach. Surely, even a fantasy is defined by some sort of logic. Yet, why would one even think that he can sin and someone else will be punished? The Gemara (Pesachim 113b) refers to this objection as “Can it be that Tuviah will sin and Zigud will be flogged?”

He answers that Rav Yisroel Salanter is teaching us a major lesson about human nature. The power of the imagination to suppress reality and create a world of fantasy allows us to believe that we are immune from punishment or retribution for our actions. We convince ourselves that there are two separate independent entities, body and soul, and the soul alone will pay for its misdeeds. We think that we can live with this eventuality, because we identify primarily with our body. It is our limbs and organs that we care about. If the soul suffers, we persuade ourselves that our body will remain immune. Such is the power of an imagination under the influence of rationalization and self-deceit.

This influence, the most powerful tool of evil, is the toxic poison with which the angel of Eisav affects us all. The Klei Yokor (Bereishis 32:25) teaches that he is called Samael because he blinds us all (sumah) to the truth facing us. We can spend an entire lifetime immersed in a self-perpetuating dream, pitifully unaware of the formidable dangers arrayed against us in this world.

As Rav Yisroel Salanter points out in that powerful letter, Choni Hamaagal (Taanis 23a) wondered if it is indeed possible for a person be in a dreamlike state for a lifetime. Hashem thereupon taught him – and by extension all of us – that one can sleep for seventy years, the quintessential human lifetime, and remain unaware of the realities of the world in which he exists. Rav Yisroel laments for all of us, “Woe for the imagination, that bitter enemy of us all!”

The great maggid, Rav Yaakov Galinsky, offered a striking metaphor for this depiction of our misreading of reality. The Gemara (Brachos 10a) quotes the posuk from Chana’s song, “Ain tzur k’Elokeinu – There is no rock like our G-d,” and reinterprets the word tzur as tzayar – “there is no Artist like our G-d.” Rav Galinsky develops the parable. A king hires the best artist in the land to create a still-life in the form of a fruit bowl. He paints a perfect picture, but even the birds believe that the fruit is real and they devour the canvas, thinking that it indeed holds delicious fruits for their pleasure.

Rav Galinsky concludes that we all make the same mistake as those birds. We live in an imaginary world, painted by the Ultimate Master. He has made this world look so real that we forget that the true, eternal world is just beyond us, unseen but waiting for us very soon. We believe that the fruits of this world are savory and luscious, but they are merely the two-dimensional version of the three-dimensional world to come which truly counts forever.

Over two centuries ago, the Dubna Maggid noted that at the Bris Bein Habesarim, Hashem showed the future exiles to Avrohom Avinu in a tardeimah (Bereishis 15:12), a deep sleep leading to darkness and dread. This somnolence represents the spiritual stupor that would affect Klal Yisroel over the centuries, leading us to become mesmerized by the hypnotic illusions of this hallucinatory world. It is surely no coincidence that in a world where all sides are pointing to “fake news,” we can safely say that all are correct, for it is all hoax and deception, camouflage and fraud.

As we approach the latter days of ikvesa deMeshicha, we are surely in what Rav Mordechai Gifter used to call the death throes of civilization. He used to thunder that Klal Yisroel is likened to the fish of the sea, for just as fish require water to stay alive, so does Klal Yisroel live only from and with our Torah. When a fish is removed from the water, it appears to become animated and an ignorant observer would say that it is full of life. However, of course, it is merely exhibiting the death throes of one whose life is in mortal danger. The world, which is far removed from even the moral imperatives of the sheva mitzvos of civilization, seeks to bury itself ever deeper in the false worlds of Facebook and other media, which seek ever more openly to provide an “augmented reality” to run even further from truth and eternal values.

Unfortunately, as Rav Gifter pointed out, even Am Yisroel is being pulled into this beguiling and treacherous alternative universe being constructed under our very eyes. The Seforno (Bereishis 3:1) saw long ago that the final war with the yeitzer hara would be waged upon the battleground of the power of dimyon, the human imagination.

So what is the antidote to this onslaught of falsehood and heinous use of the imagination? Over a thousand years ago, Rav Yehudah Halevi presciently saw this situation coming and suggested an alternative. He understood very well that since nature abhors a vacuum, one cannot eliminate false images without substituting them with worthy alternatives. He therefore urges his student, the king of the Khazars, that if he wishes to become a chossid, a truly pious man, “he should instruct his imagination to portray and project the most exalted scenes that can be imagined. These include the giving of the Torah at Har Sinai, Avrohom and Yitzchok at the Akeidah, the Mishkan, the Bais Hamikdosh and similar events” (Kuzari 3:5).

Clearly, we have the ability today to harness the powers of technology for our own Torah purposes, as many have already done. The more we concretize our understanding of Torah, mitzvos, and the eternal rewards for upholding them, the more we can keep ourselves anchored in the real world, not the antechamber, where we are being urged to mire ourselves through more elaborate escape gadgets every day. As my rebbi, Rav Yitzchok Hutner, taught (Pachad Yitzchok, Shabbos, Kuntres Reshimos), we, too, can harness Hashem’s middah of artistry. It cannot be that the Creator is being referred to as an artist if, chas veshalom, this appears to be a reduction of His greatness. The Creator makes things that live; an artist only produces inert pictures on a canvas. If Hashem is called an Artist, that, too, is part of His greatness, to be imitated.

We must borrow the Kuzari’s method to produce beautiful alternatives to the mendacious pictures being foisted upon us by society. By refreshing our appreciation of the eternal joys of Hashem’s Torah and proper contemplation of His beautiful world, such as through Perek Shirah, we will not be drawn to an “augmented reality” when we have the real thing in our radiant Torah homes.

On this daf, we find that humiliation from others is worse than self-humiliation. Rav Chaim of Volozhin and his brother, Rav Zalmele of Volozhin were

On this daf, we find a halacha about giving greetings. One of the hardest habits to acquire is always greeting one’s fellow Jew with a

On this daf, we find some halachos of mourning. One rov in Yerushalayim heard of various ways of understanding when to be lenient regarding these

The Yom Tov of Chanukah is almost upon us; beginning this Sunday evening. A fuller understanding of the special days helps us appreciate and enjoy

Of all our enemies, Yovon is the most paradoxical. Although their aim was to destroy our connection to Torah and mitzvos, if the Torah was

Terror at the Kosel It is terribly sad to begin the week on this note. This Sunday, there was a terror attack near the Kosel