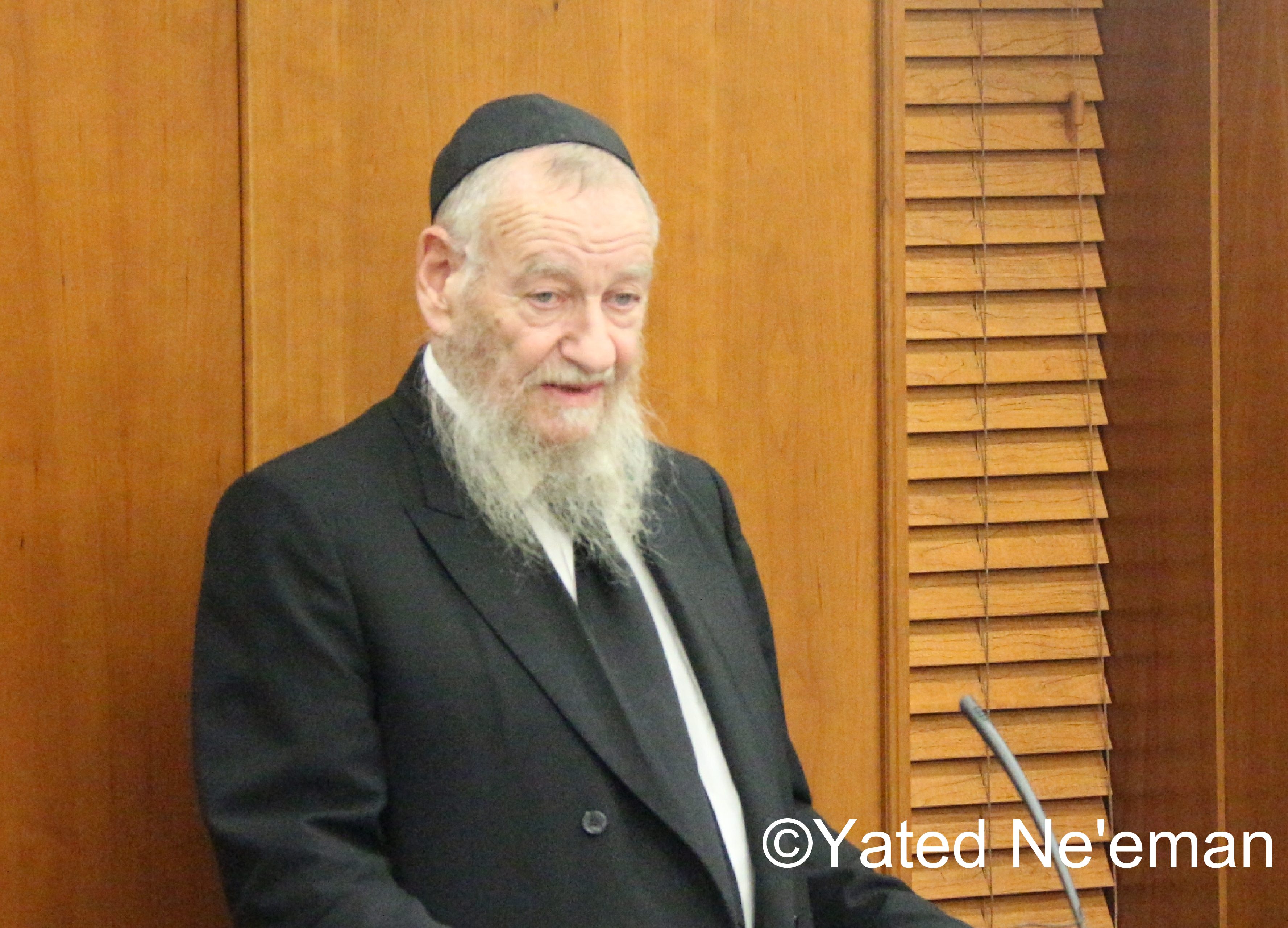 Rav Yehudah Jacobs zt”l was niftar at the beginning of Iyar during the Covid-19 pandemic. His levayah was held virtually. The shloshim came out on Erev Shavuos and his family met in a backyard of one their homes. The drashos were delivered virtually. The following hesped was said via telephone by Rabbi Baruch Ber Yoffe, rov of Congregation Sons of Israel/The Old Shul in Lakewood.

It is not easy or comfortable to effectively be maspid the mashgiach, Rav Yehuda ben Rav Asher zt”l, a multifaceted and special eved Hashem. His levayah itself was “gigantic,” yet only family was there. The hespeidim from the roshei yeshiva were delivered from different venues. There were hespeidim from gedolim from Toronto, Philadelphia, South Fallsburg and elsewhere.

Indeed, Rav Yehuda was a great man who was also quiet. He did not want people to give him kavod. He wanted no fanfare.

No one was there in person, yet thousands listened.

A small levayah, yet a big one.

Tzaddik avad ledor avad. When a tzaddik passes, it is a loss to his generation. Here was a tzaddik whose greatness the dor did not fully recognize. Our generation lost someone extraordinary.

My divrei zikaron represent a tipah shebeyam, a proverbial drop in the bucket, of the greatness of the mashgiach.

Many years ago, while he was learning in kollel, Rav Yehuda’s friends who had opened the Mesivta of Long Beach offered Rav Yehuda a shteller. When word got around Bais Medrash Govoah that this choshuve yungerman was thinking of leaving kollel, the yungeleit and bochurim went to the rosh yeshiva, Rav Shneur Kotler, and the mashgiach, Rav Nosson Wachtfogel, and asked: “How can you let Rav Yehuda leave? Don’t you know what an aveidah it will be? We all benefit from him. He is the one we go to. Please keep him here.”

The rosh yeshiva and the mashgiach decided to offer Rav Yehuda a shteller as a mashgiach in the yeshiva. Rav Yehuda had a dilemma, so he went to Rav Yaakov Kamenetsky to ask him which shteller he should take. Well, we know the answer. The rest is history.

Tzaddikim bemisosom kruyim chaim. A tzaddik, even in his death, is called alive. All who knew Rav Yehuda will always feel his presence. We will feel his life, his energy, and his influence.

Rav Yehuda was always available to help others. He would help a young person, a run-of-the-mill individual, or a rov or talmid chochom who had something to discuss and could not go to anyone else.

The person we felt was head and shoulders above everyone else was accessible to everyone and made everyone feel comfortable.

When my friend, Rav Gavriel Finkel, would want to discuss an important matter, he would go to our precious mashgiach. Rav Yehuda was just bigger and higher than we are. He could relate to all.

When you would go to visit Rav Yehuda, no matter how big the problem, you found someone who was relaxed and composed, someone you could relate to. That itself made you feel better before you even started speaking to him.

He helped the Sefardishe community immensely and later in life got involved with troubled teenagers and youth in pain.

I would meet him periodically and he was always so friendly. He made me – and others – feel like he had all the time in the world. I always felt that the rosh yeshiva, Rav Aharon Kotler, was figuratively with Rav Yehuda every day. Rav Yehuda lived with Rav Aharon’s image in front of him at all times. When I spoke to Rav Yehuda, he would often say, “Der rosh yeshiva iz geven fun an andere velt. The rosh yeshiva was from a different world.”

He spent so much time guiding bochurim who were starting out in shidduchim. He was always available to them during this stressful period. And then he helped them as chassanim and with shalom bayis questions. He used to talk about not having elaborate weddings, about being responsible, and about approaching shidduchim and marriage with the proper hashkafah. Rav Yehuda was a beacon of clarity, a source of pure hashkafah, and a fount of insight and guidance.

Rav Yehuda was very versatile. He knew how to decipher all types of people and problems, capable of identifying what is important and what is not.

Rav Yehuda did not have an easy life. He experienced the petirah of his first rebbetzin, an isha chashuvah from the illustrious Hess family. Then he lost a son. And yet he possessed such remarkable menuchas hanefesh and simchas hachaim and always had time for all.

He was involved with various mosdos, helping them and directing them. No one will ever know just how much he helped individuals and mosdos.

He leaves a tremendous legacy, a beautiful family of bnei Torah, and talmidim from Bais Medrash Govoah and elsewhere. I am certain that Rav Aharon, Rav Shneur, and Rav Nosson welcomed him to the Yeshiva Shel Maalah and thanked him for doing his job, perpetuating their mesorah to Klal Yisroel.

May we be zocheh to emulate Rav Yehuda, carrying on his legacy, and continuing in his path of Torah, avodah and gemillus chassodim.