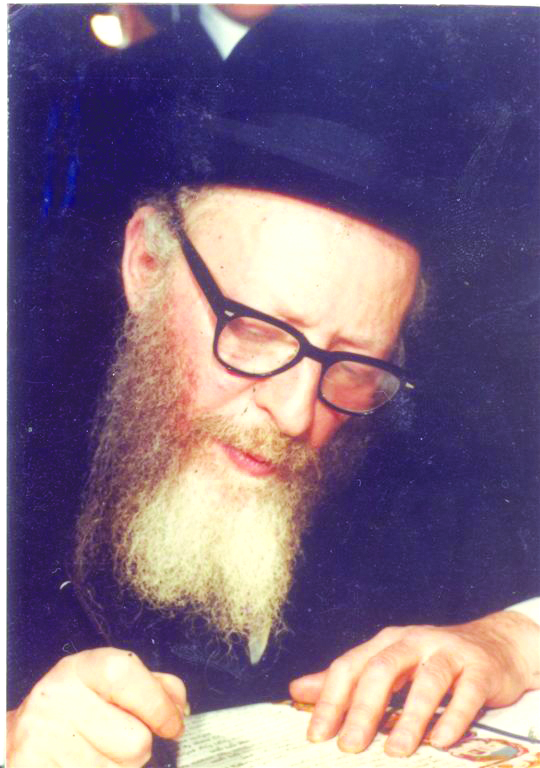 Thirty Years Since His Passing Thirty years have passed since that Thursday afternoon when the news hit Lakewood and theOlam HaTorah that the Lakewood rosh yeshiva, Rav Shneur Kotler ztâ€l, was niftar. The rosh yeshiva had been unwell for a few months, but it was hard to believe that this person who was in the prime of his years in running his yeshiva and working for Klal Yisroel was gone.

At the levaya on Sunday afternoon at Yeshiva Toras Emes Kamenitz in Brooklyn, Rav Yaakov Kamenetsky zt”l intoned the posuk of “avi avi rechev Yisroel uporoshov.” Rav Yaakov commented that he found it difficult to refer to Rav Shneur as a father, since he was the same age as Rav Shneur’s father, Rav Aharon. Yet, he felt it appropriate, since Rav Shneur was the father of Klal Yisroel. Nearly every issue facing Klal Yisroel both here and in Eretz Yisroel came to Rav Shneur’s attention. Rav Yaakov commented that Rav Shneur left worthy successors as leaders of the yeshiva, but who would replace him as the leader of Klal Yisroel?

Considering that Rav Shneur was niftar at 64 years of age, it is hard to believe how much he carried on his shoulders over the nearly twenty years that he was at the helm of Bais Medrash Govoah. The bulk of his shiurim, learning and askonus was when he was in his forties, fifties and sixties, a relative young age for a rosh yeshiva.

After Rav Shneur’s passing, Rabbi Moshe Sherer zt”l, the longtime president of Agudas Yisroel of America, felt bereft. Rav Shneur and Rav Boruch Sorotzkin zt”l, rosh yeshiva of Yeshivas Telshe-Cleveland, were the two younger roshei yeshiva who Rabbi Sherer consulted with over the years. Rav Moshe Feinstein and Rav Yaakov Kamenetsky were alive then, but they were of advanced age, and the next generation of roshei yeshiva had taken on a greater role in day-to-day matters. However, with Rav Boruch’s petirah in 1979 and Rav Shneur’s petirah just three years later, Rabbi Sherer felt that he had lost those who carried the achrayus of Klal Yisroel.

Rav Shneur’s askonus was magnified by his love for learning. Rav Shneur found time to learn before shlepping to New York for meetings, after getting off the bus at midnight in Lakewood, and early again the next morning. In between meetings was a time for learning.

Rav Shneur used to remember people he spoke to by the shticklach Torah they told him. One yungerman asked Rav Shneur a kasha on the parshas hashovua. Rav Shneur didn’t know a terutz, and every subsequent year, when this yungerman would say gut Shabbos to Rav Shneur on the Shabbos of that parsha, Rav Shneur would remind him of the kasha. The last year of Rav Shneur’s life, a few weeks before his petirah, he met this yungerman again and told him to look up a specific Chasam Sofer for a terutz.

When a Kodshim chaburah was started at Bais Medrash Govoah, it was agreed that Rav Shneur would deliver chaburos to the olam. Each chaburah was scheduled before, during and after meetings, but Rav Shneur tried to stick to the schedule as much as possible, until he could no longer continue doing so. Even when he delivered the chaburos, he didn’t have much time to prepare them, yet every one was a comprehensive shiur on the sugya.

Rav Heshy Weissman related that he found it difficult to talk in learning with Rav Shneur in the yeshiva. Even when in Lakewood, he was coming and going, and was constantly on the phone and meeting with people. In light of this problem, he arrived early at every chasunah where the rosh yeshiva was to be mesader kiddushin. “Without fail, I found the rosh yeshiva sitting alone, undisturbed, waiting for the chupah to begin,” he related. “I managed to ask all my questions and receive clear and thorough answers. To me, it was mei’ein Olam Haba.”

Rav Shneur’s concern for others was apparent in the fine details he remembered about each person. He recalled faces, names and details, astounding people. He knew what made people tick and treated them accordingly.

Rav Yehoshua Gutman zt”l, a longtime maggid shiur at Yeshiva Toras Chaim of Denver who later moved back to Lakewood and opened a shul in town, related that Rav Shneur once spent a Shabbos in Denver and attended the Friday night seudah at the Gutman home. The Gutmans invited all the Lakewood talmidim living in Denver and their spouses to join the rosh yeshiva. The yungeleit were set up in the dining room and the women sat in the kitchen, which was behind the dining room. When Rav Shneur arrived at the home, he noticed the setup and asked Rav Gutman for two favors: He should first make sure that his seat at the table isn’t with his back to the kitchen, and he wishes to speak to his wife, Mrs. Gutman. When Mrs. Gutman came over, he thanked her for hosting the seudah and said, “Un oichet ah gruss fun dein bruder in Lakewood (Regards from your brother in Lakewood).”

Even children felt comfortable around him. Those who grew up in Lakewood at the time felt they knew him. He knew their families and knew things about one. His loss was felt on a personal level by many of them, even though they were too young to fully grasp his greatness.

The Torah world has grown exponentially since 3 Tammuz 5742, and many of the vehicles of that growth were planted and nurtured by Rav Shneur. He was a leading push for opening yeshivos and community kollelim, which have transformed cities across the globe into Torah centers.

At the time of his passing, Lakewood was a small out-of-town community with barely 500 families, but the seeds were planted for people staying in Lakewood long term and laying the groundwork for the burgeoning community we see today.

The growth of the yeshiva, both in quality and quantity, reflected his vision. It was he who implemented the pattern of growth we see today in Lakewood. With his broader vision and goals for learning, he took pride in yungeleit learning all miktza’os of Torah in-depth. Rav Yisroel Neuman, one of the present roshei yeshiva, once remarked at a yahrtzeit hesped for Rav Shneur that the limudim of the Bais Eliyahu bais medrash – and the Bais Shalom and Bais Ahron botei medrash today – where all the different portions of Torah are covered in depth by yungeleit is an actualization of Rav Shneur’s vision. It was he who encouraged it and who felt that it was important for the yungeleit.

Most of the talmidei hayeshiva and those living in Lakewood never saw him or grew up watching him, but they are living his legacy of Torah and klal work.