Rav Dovid Trenk zt”l, To Hear His Song, To Feel His Love 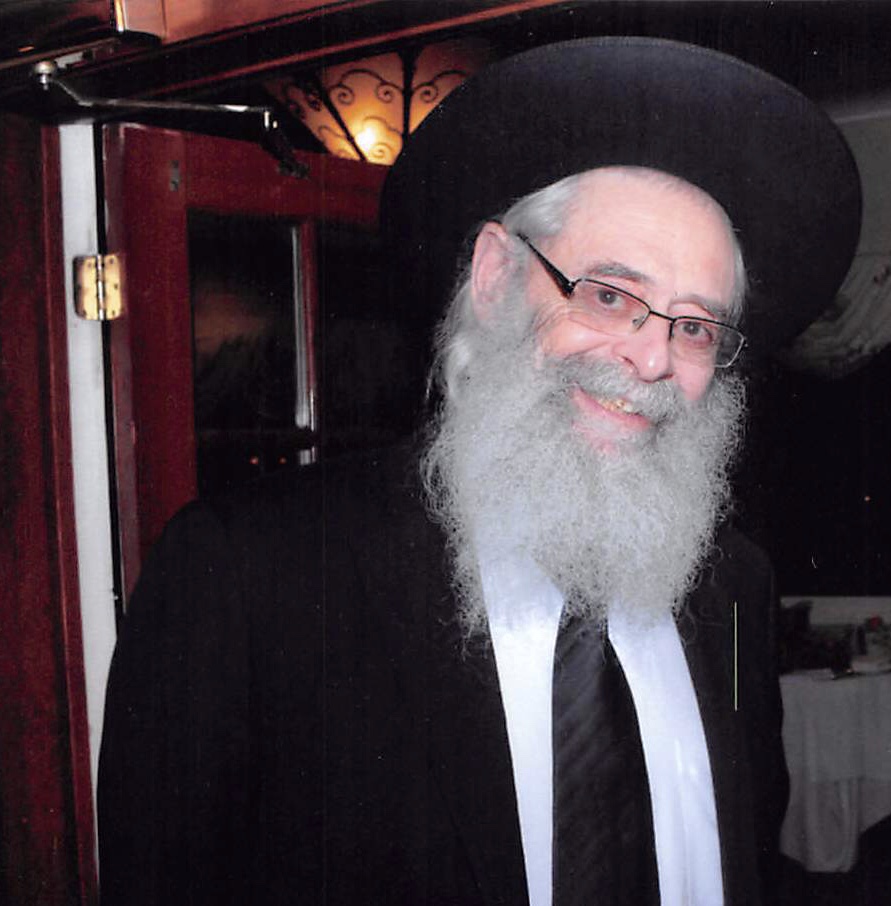 Shomayim must be ready.

Because now, Rav Dovid Trenk zt”l will leave no stone unturned for the neshamos in This World who still need to hear his song. From Up Above, he will pluck at the chords of their soul and fine tune their tachlis.

Moshiach is around the corner and each of the battered souls needs to find its tikkun.

Yes, the Ribbono Shel Olam has enlisted the greatest rebbi of all for this exalted task.

The eyes sting. The tears burn.

That’s what happens when a gaping void fills your soul, when a big chunk of who you are and the inspiration for what you’ve become is taken from This World.

That’s what happens when your heart is broken in two.

That’s the sentiment of losing Rav Dovid Trenk, the “Rav Levi Yitzchok” of our generation, the greatest advocate and ayin tovah of our era. He wasn’t chad bedara (one in a generation). He was chad bechol dara (one in all generations, in history). In the expanse of time, it is difficult to imagine someone who cared and loved his talmidim, or for that matter all Yidden, more than he.

His heart was bursting with ahavas Yisroel.

If you met him once, then you know what I’m talking about; you can still feel the squeeze of his hug. The unbridled warmth. The genuineness.

But when we wipe away our tears, we will also remember the way he made us feel, the way he believed in us. And the memories of that smile of his will soften the pain and quiet the hurt.

Dovid Hamelech is referred to as the ne’im zemiros Yisroel (pleasant singer of Yisroel). He was the most prolific composer of all time. He brought eloquence and lyric to every emotion we may encounter. Both the happy and the sad ones. He articulated that which is in our hearts and gave it structure and form.

Rav Dovid Trenk was a different kind of ne’im zemiros Yisroel. He sang the praises of Yidden. He loved all Jews. He loved gedolim and simple folks. He loved the star talmidim and he loved the weaker ones, too, perhaps even more. And that became his calling.

There are unique individuals who come to every generation and are blessed with the ability to heal the souls of a nation. The Ponovezher Rov, Rav Yosef Shlomo Kahaneman, was one such individual. After the horrors of the Holocaust, he was sent to inspire our people and rebuild them from the ashes.

Our generation did not face such challenges. Instead, we have been given the opportunity to help those who struggle to see the beauty in Torah. Rav Dovid was uniquely chosen for that job.

“So help you” if you stood in his way.

He wanted each boy to find his makom, his place, one he could call his home. A place where his neshamah could sing with its unique tachlis.

He was “Dovid eo’im zemiros Yisroel,” singing the songs of every Yid.

A little more than six months ago, word began to spread that Rav Dovid was sick. Thousands stormed the gates of Heaven. At that time, I was given the privilege of speaking in Lakewood at an asifah in his zechus.

Before I spoke publicly, I went to visit Rav Dovid in his home. I asked him and his rebbetzin if I could give them a preview of my speech. He was not going to be able to attend; he was too weak, and of course, in typical Rav Dovid fashion, he apologized. Still, I wanted him and his rebbetzin to hear what people were saying about him. I wanted them to know how much we needed him and how much we loved him. They graciously listened to every word. Rav Dovid laughed and cried and, as always, complimented me on what I said, even though I have no idea if it really hit the mark. But this time he didn’t have the strength to give one of his patented “Trenk bear hugs.” Instead, I gave him a gentle kiss on his forehead and held his hand.

Rav Dovid was already starting to slip away.

He knew that the matzav was not good, that the situation looked grim, but he said he still had more to accomplish; he wanted a little more time.

He wanted to sing some more praises of his fellow Yidden.

Of course, hundreds flocked to visit him, to give him chizuk. But that was all pretend, make believe. It wasn’t we who were giving him chizuk; it was he, sick and weary, garbed in a bathrobe and struggling to breathe, who was still breathing life into Yidden.

But especially the Adelphia boys. Because they were his boys.

If there was ever a match made in Heaven, it was Rav Dovid and his Adelphia boys. Talmudical Academy of Central New Jersey, better known simply as “Adelphia,” was colorful and eclectic. Years ahead of its time, it allowed each bochur to progress at his pace, seeing the beauty of the neshamah and never being distracted by the shenanigans of boys searching to find themselves.

Oy, to hear him sing, “Torah in Adelphia.” He breathed life into the bochurim, injecting and infusing each one with what he needed. He was so proud of them.

They weren’t his talmidim.

They were his children.

He wasn’t afraid to teach them. Nor was he afraid to chide them. They knew his mussar was couched in love, and they felt it. He left no doubt whatsoever.

Some have gone on to become roshei yeshiva. Others have developed into great mechanchim and baalei batim. Some continue to struggle. But how they all love him and try to emulate him and make him proud, hearing the echo of his words of encouragement at every crossroads.

Rav Dovid was tailor-made for our generation.

He personified simchas hachaim and simchas haYahadus. He scrounged to find nuggets of chizuk and immediately turned to share them with those who needed to hear them. He wouldn’t stop until you believed in yourself, in who you were and what you can become.

You can ask the Adelphia boys.

Or the children in Camp Munk whose lives he enriched and faces he brightened for half a century.

The last time I spoke to him was a few weeks before he passed away. He was very weak and it wasn’t easy. Though he was emotional, he shared that his dear and beloved rebbetzin, with whom he credited anything and everything he accomplished, asked him not to cry. Rav Dovid exhibited superhuman strength to obey her wish.

Over the years, I shared with him tens, if not hundreds, of stories. Little did I know that the story I would share at that visit would be the last one. It is quite fitting:

In 1969, the Imrei Chaim of Vizhnitz went to give a bechinah to the Vizhnitzer bochurim at the end of a long winter zeman. More than anything, he wanted to give them chizuk, so he told them a story:

Rav Eliezer of Dzikov was very ill. It was obvious that the end was near. The candles were lit by the chevrah kadisha as they anticipated his imminent demise.

Suddenly, Rav Eliezer opened his eyes and instructed them to put away all the candles. It was a remarkable turn of events. He gathered some strength and then shared his story: “I went up to Heaven and I met my good friend, Rav Naftoli of Lizhensk, a grandchild of the Noam Elimelech. He told me that I should stay in the Olam Ha’emes and together we would be bask in the glow and the Presence of the Shechinah. He reminded me that when we were younger, we would always strive to grow more and more, to reach for the greatest of heights. And then he grabbed me and said, ‘Here, dear chaver, is the greatest of heights! Stay with me.’

The message was clear.

The talmidim knew that Rav Eliezer loved them like he did own his children. There is no replacement for such a rebbi.

I finished the story, and I gave Rav Dovid a moment. I needed one, too, as I battled back tears. Then I told him that we are not letting go, that we still needed him.

But now, sadly, Heaven has interceded.

Rav Dovid, no one can replace you.

The Baal Shem Tov once referred to his talmidim as kanfei nishmaso, the wings of his neshamah.

Rav Dovid, we are your wings.

For your entire life, you carried and lifted us all.

Now, it is time for your talmidim, your wings, to carry your message.

We have our work cut out for us.

But most of all, we will sing the praise of Yidden.