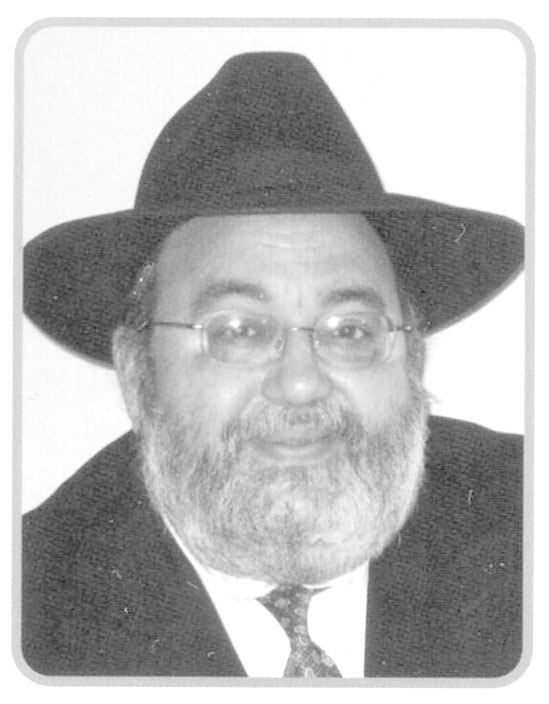 Surely you've heard the expression, â€œNo news is good news.â€ We must thank Hashem for the status quo. When a day goes by and everything runs smoothly - we come home safely, we have food on our table, we are healthy other than a few aches and pains - we should be overwhelmed with gratitude to the Borei Olam, for this is the best news. But in the world of the news media, â€œNo news is terrible news,â€ for they thrive on bringing new occurrences to light to satiate their curious viewers and listeners. Hakadosh Boruch Hu gave man an innate nature of inquisitiveness, the desire to hear â€œchadashot.â€ This is in order to delve into the Torah for its precious gems or to study the briah and find new wonders everyday to recognize Hashem's greatness more and more.

As is often the case, however, we can misuse a virtue and completely trivialize it. Wholesome, creative curiosity has been transformed into nosiness and an insatiable desire for excitement. But when there is not much to report, the audience doesn’t listen, which makes for poor ratings. What to do? Create a yeish mei’ayin, a major piece of news out of a non-news item.

Such was the case a couple of weeks ago. Hurricane Sandy and its aftermath were old news. The presidential election was long over. The haggling in Congress over the economy was downright boring. The endless war in Syria was old hat. So the media took a story of no significance that should have been relegated to the back of the sports section and blew it up into a major story heard on the waves – even nationally – for days. While the story has no significance whatsoever, it teaches us something of the nature of man.

What was this earth-shaking piece of news? The head basketball coach of Rutgers University in New Jersey was fired because of unbecoming behavior. In fits of anger during practices, he assaulted players both physically (firing basketballs at their heads) and verbally (using politically incorrect insults). Why was this of such great interest when coaches get fired all the time? Because these incidents happened a while ago, with minimal disciplinary action taken, and only a few months later was he fired. In addition, the athletic director was dismissed for not taking action sooner.

What happened in the interim that caused the exalted university hierarchy to finally take action? Ah, here lies the key to what makes things happen: public image. You see, these violent incidents during practice were recorded on video. As long as it wasn’t publicized and as long as they thought it could be swept under the rug, the university president and its athletic director saw no need to take action. However, once the video was leaked to the media, the institution’s image was tarnished, as this caused a public outcry. The alumni were upset and this might cause them to lessen their donations. Even Governor Chris Christie commented about this, and who knows if state funding for the university might be affected? In a nutshell, an institution of higher learning wasn’t concerned with what’s right or wrong. That could be swept under the carpet. It was only their image and funding that caused them to take action. “Like the shame of a thief when he is discovered” (Yirmiyahu 2:26). The ganiv is not ashamed of his crime, but his lost esteem when caught.

This should not come as a surprise to us. Political campaigns are based on this, and, often, it is not the best candidate who is elected to office, but rather the one who portrays the best image. Billions are spent every year on public relations firms to paint organizations in a good light. Celebrities hire their own personal agents to depict them as the nice people they are really not. “Like a golden ring in the snout of a pig, so is a beautiful woman whose good sense has departed” (Mishlei 11:22). A beautiful image is only an asset to something that is essentially beautiful. Otherwise, it is a precious gem in an ugly setting.

This need to maintain a good image manifests itself in our own lives as well. For example, it is an unfortunate reality that people feel the need to spend money way beyond their means on their simchos. And why? Because if we don’t, what will the Goldbergs and theGreensteins say? This takes away from their own simcha, for instead of enjoying it, they worry about how to pay for it. Another case in point: What is good for my friend’s child is not necessarily good for mine. Just because the Shapiros are sending their son to an elite mesivta does not mean that it is good for my son. And sending a boy to a so-called higher class mesivta just because it portrays a better image can often backfire and be terribly detrimental.

We must concentrate on doing what is essentially right, not what impresses others. “One should not be embarrassed in front of people who ridicule him (in his serving Hashem)” (Rama,Orach Chaim 1:1). Spending money according to one’s capabilities or providing the chinuch best suited for one’s own child is the ratzon Hashem. If so, what other people think or say should not be part of the equation at all.

There are times, however, when bushah, embarrassment, can be a conduit of better serving Hashem. Klal Yisroel was blessed with three important attributes: rachmonim (compassionate), bayshonim (ashamed to do wrong), and gomlei chassodim (bestowing kindness) (Yevamos 79a). “The shamefaced goes to Gan Eden” (Avos 5:24).

A visitor once went to Vilna, the “Yerushalayim of Lita,” and was astounded to find simple wagon drivers discussing some of the most difficult topics of Torah. When he asked one of them why the level of Vilna’s baalei aggalah is higher than in other places, he answered, “Because the legendary Gr”a, Rabbeinu Eliyahu, was here.”

“Was he the city’s maggid?”

“Then how were people influenced by him?”

“Because he was here,” the man responded.

When the rabbonim and talmidei chachomim of Vilna saw that the Gaon learned and served Hashem 22 out of the 24 hours of the day, they felt that they had to at least maintain a schedule of 18-20 hours a day, for they were embarrassed to do less. The baalei batim, knowing the schedule of the talmidei chachomim, were thus uncomfortable not learning at least 12 hours a day. This was the way the level of ruchniyus was raised amongst the various classes in Vilna.

Yes, bushah, embarrassment, can be a good thing. If a community has certain standards of kashrus, tznius or other matters of halacha, then even if I personally am not yet inwardly on that level, the embarrassment can be a boon for growth. Of course, every individual must consult with his or her rov or moreh derech, but that is where the middah of boshes ponim is a tremendous attribute. “During ikvisa deMeshicha, chutzpah will become rampant” (Sotah 49b). This absence of bushah in our generation has allowed for unprecedented permissiveness and a steep plunge into a moral abyss.

Bushah also comes into play to get us thinking about how we will look after 120 years in the World to Come. In this week’s sedrah, the Torah states, “And you shall observe My decrees and My laws which man shall carry out and by which he shall live – I am Hashem” (Vayikra 18:5). Rashi explains that “by which he shall live” is referring to Olam Haba, for the mitzvos we perform on this world will sustain us in Olam Haba.

The Chofetz Chaim explains with a moshol. A man entered a clothing store looking to buy a suit. The storeowner brought him one and he tried it on. It was made of high quality material and it fit him perfectly. He asked for the price and it was quite expensive. He wasn’t surprised, as, indeed, it was a choice garment and he was about to buy it. But, suddenly, he discovered a hole in one of the sleeves, one that was quite apparent. Now he was hesitant to buy it. On one hand, it was a beautiful suit. On the other hand, the hole…

The storeowner very much wanted to make the sale and offered to lower the price.

“How much are you willing to pay for the suit?”

“Half price,” came the answer.

“Half price?!” cried the owner. “For a little hole, you want to lower the price by half? Why, the pants are perfect and the other sleeve is perfect. It’s a wonderful suit with just one little hole. My lowering the price has to be commensurate with the damage. For just one hole, I should have to subtract just a little bit from the original price.”

“You’re right,” said the prospective buyer. “For such a hole, I should pay only one dollar less.”

“But just a moment ago you asked for a half price reduction.”

“And then it would still be overpriced,” answered the customer.

Now the storeowner was confused. Did the customer want a reduction of half price or one of a dollar?

“Let me explain,” said the buyer. “Were I to wear this suit for only one day, perhaps I would settle for a dollar reduction. It would be uncomfortable and embarrassing if someone would notice the hole in my sleeve, but I would be willing to take the suit for a small reduction in price. The truth, however, is that I will be wearing this suit every day for a long time. Consequently, I will be embarrassed countless times. If you lower the price one dollar for every time I suffer embarrassment, how much do I have to pay?”

Understandably, the storeowner had no answer.

“Similarly,” said the Chofetz Chaim, “it is well known that the mitzvos that we perform clothe us in the World to Come. How careful we have to be that our mitzvos have no deficiencies, no holes or rips or spots on them. They should also be a good fit, consistent with the level that could be expected from each individual according to his capabilities. In this way, we can save ourselves eternal discomfiture and wear our clothing with pride.