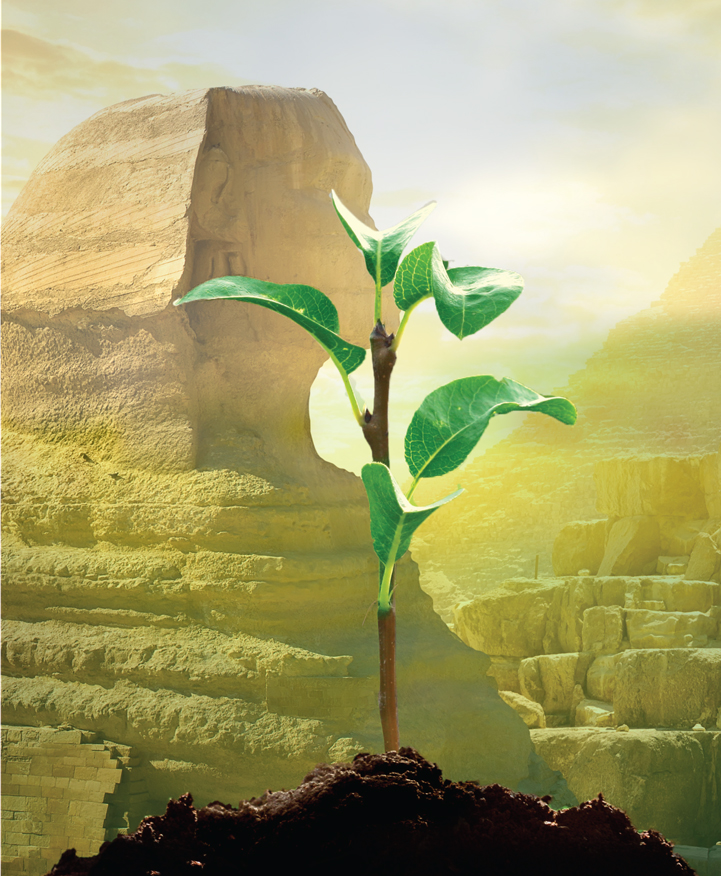 With Zman Cheiruseinu a few days away, some thoughts we once discussed around my father’s seder table – may I be zocheh b’ezras Hashem to celebrate Pesach there in freedom – feel especially relevant today. They pertain to troubling questions that arise at the very beginning of the Hagaddah, as we say hah lachma anya.

It would seem that the geulah from Mitzrayim, carried out with Hashem’s yad hachazakah and zeroah netuyah, should have lasted forever. Hashem is eternal… shouldn’t the redemption that He Himself executed have also been eternal? Why are we still in golus – still at the mercy of “bechol dor v’dor…” wicked enemies in every generation who seek to annihilate us?

The rechush gadol the Yidden acquired in fulfillment of Hashem’s promise also did not endure. As we know only too well, many Yidden have suffered extreme poverty throughout the generations.

Thirdly, we know that the mitzvah of vehigadeta levinchah applies not only to the wise observant son but to all “four sons,” including the ben rashah. Where does a ben rashah come from? The reshaim of the generation that left Egypt did not merit to be redeemed, but died in makkas choshech. How does a ben rasha come to be at our seder table?

These painful realities – the endless golus; bitter enemies who seek our destruction; Yidden living in poverty; wicked sons of Jewish families – are inconsistent with the joy and pride of free people aflame with gratitude to Hashem that we are required to demonstrate at the seder.

That brings us to the most burning question of all: how can one truly experience freedom while still in golus?

In “hah lachma anya,” the matzah our fathers ate after leaving Mitzrayim is described as the matzah they ate while in Mitzrayim. What is the significance of this seemingly unimportant detail? Perhaps it is meant to emphasize to us that the departure from Mitzrayim was not complete… that part of the Yidden on some level remained there. Just as they continued to eat the same “slave” food – lechem oni – they still retained some of the foreign ideas and culture of that society.

That is why there exists a matzav of kol dichfin, in the words of hah lachma; people who are hungry and in need, in both the physical and spiritual sense. And that perhaps is why hashata hacha … hashata avdi… we are still here [in golus] and still slaves – not yet totally free. Because in a deeper sense, our fathers did not completely leave Mitzrayim.

What then did yetzias Mitzrayim with all its nissim accomplish?

The spectacular event of yetzias Mitzrayim was a massive historical turning point for the Yidden. It instilled in them a profound emunah in Hashem’s mastery of the world and in His special relationship with the Yidden. It imbued them with G-dliness that became part of their core.

That emunah is the force that will take the Yidden from the partial geulah of yetzias Mitzrayim down the corridors of history to the geulah sheimah.

By fulfilling the mitzvah of sipur yetzias Mitzrayim as if we are personally leaving behind the bondage of Mitzrayim, we truly free ourselves from the shackles of that depraved, idol-worshipping society… and its modern counterparts in our own times.

By attaining an elevated level of emunah whereby we see the miracles even in natural, mundane events, we will merit to witness the realization of the final words in hah lachma anya, leshanah habaah b’ara deYisroel b’nei chorin.

On a personal note, trying to picture the limitations of a partial geulah, of not being able to leave Mitzrayim completely, hits close to home. In some ways it would be like finally being released from a Place called Prison (because Mitzrayim was just that – a gigantic prison) but not being allowed to leave completely. What could be more frustrating and painful?

That brings us to a crucial question: How is it possible to succeed in leaving Mitzrayim in totality – without leaving behind a piece of ourselves in that impure society? What is the path to attaining complete redemption?

In The Zechus Of Emunah

Chazal tell us; “Bezchus ha’emunah nigalu avoseinu miMitzrayim.” Our parents were freed from Egypt in the zechus of emunah. Let’s examine this emunah to learn how to strengthen and elevate ourselves.

We know from the standpoint of history that Hashem’s plan was to bring ten plagues on Mitzrayim before Paroh would be so broken he would consent to release the Yidden. But the Yidden did not have the benefit of this hindsight. They were not told in advance that geulah would only take place after the tenth makkah. Only Hashem knew the game plan. We see this from the fact that, during the course of the makkos, when Paroh several times reneged on his promise to release the Yidden, Moshe Rabbeinu became angry. Had he known the game plan, he would have taken these delays in stride as part of the “script.”

Far from weakening when they saw these seeming “setbacks” as Paroh continued to defy Hashem, the Yidden’s bitachon that they would be redeemed grew stronger with each makkah.

The nature of the emumah the Yidden displayed was a mindset that believed that Hashem is not bound by any limits, that He fully controls the laws of nature that He set in place to govern the world. They understood that nature is merely a “mask” behind which Hashem directs mankind’s affairs. They understood that a Yid who is a maamin and always connected to Hashem is likewise not bound by the physical world with it natural laws and built-in limitations.

One of the striking differences between the inner world of a Yid and that of a non-believer is that a Yid seeks to find the neis in nature while nonbelievers come up with all sorts of theories to find “nature” in a miracle.

The Gemara asks, “Why does a Yid plant his seeds in the ground? Because he is “maamin bechai ha’olamim vezorayah;” he plants because he has emunah in Hashem Yisborach that He will nurture the seeds and cause them to grow and sprout. But why does this require emunah? Don’t all seeds planted in the ground grow as a matter of course?

That is the whole point. Even the most basic taken-for-granted aspect of nature – that seeds buried in the ground, instead of dying in an airless, dark environment, will grow – is an amazing miracle! A Yid grasps this. As he plants, he does so with the awareness of the profound wisdom and kindness with which Hashem designed and maintains the world.

A Jew trains himself to see miracles and overflowing loving kindness in the flawless way tevah operates… the countless miracles that go into keeping the universe in orbit and sustaining life. And the Hashgochah in day to day life that orchestrates all these blessings and keeps a person healthy, with all his organs ad senses functioning.

That truly is the path out of Mitzrayim – a place of meitzor, extreme constraints and limitations where the Yidden couldn’t grow, where they were so hemmed in by a degraded society, it took extraordinary effort to think, to contemplate, to plan ahead, to elevate oneself.

The Shaar Habitachon in the Sefer Chovos Halevovos explains that a person’s bitachon grows stronger when he witnesses the abundance of blessings he’s received from the beginning of his existence, in infancy, childhood, youth, early adulthood, manhood and old age. The more he contemplates this incredible overflow of benevolence, the more he becomes aware of an exclusive relationship with the Source and Provider of all this loving kindness, and the stronger his bitachon grows.

Baruch Hashem, we see infinite chessed throughout my entire nisayon in ways that appear natural and ways that are clearly beyond natural. Reflecting on the many striking breakthroughs and nissim that led us to this moment, we know the only path that can bring the full yeshuah is to daven with all our hearts and increase our maasim tovim. Yehi ratzon that with Hashem’s infinite chesed, I will be freed before Pesach this year and joyously reunited with my dear family, friends and community.

I offer heartfelt thanks to all who have supported me with their tefillos and so many other avenues of support throughout this nisayon. May you all be blessed and rewarded from Hashem Yisborach and with His help, may we all be zoche to a chag kosher vesomayach and an emeseh, complete yetzias Mitzrayim.