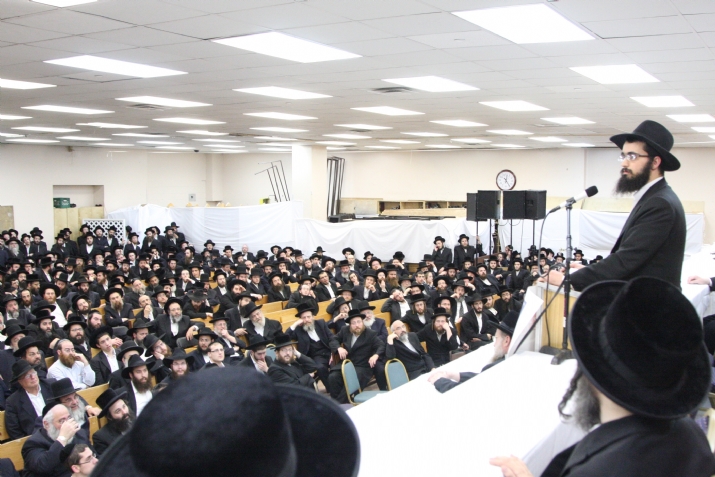 In 2007, Agriprocessors was a flourishing family-owned business doing over $300 million in annual sales, renowned for the quality and affordability of its kosher products and its largesse to the American Jewish community. Just one year later, the Postville meat-packing plant that spurred the economic growth and prosperity of the entire neighboring region was in its death throes, its owners driven out of business and into financial ruin by federal officials. Today, after two years of extraordinarily relentless prosecution, its most visible representative, Sholom Mordechai Rubashkin, is facing what amounts to a life sentence. Rank and file Americans and top legal opinions have decried the sentence as outrageous and grossly disproportionate. Hopes are strong that an appeal will overturn the conviction. Still, the human wreckage caused by out-of-control prosecutors bolstered by biased rulings from a judge who appeared to have predetermined the verdict can never be fully reversed.

The complex story of how envy, prejudice, greed, politics and ambition steamrolled this perversion of justice will one day be told. But for now, the most incriminating chapters have been kept tightly off limits to the public. Media pronouncements by government officials continue to pump out a spin aimed at diverting the public’s attention from a case of justice run amok.

SHABBY EFFORT TO SPIN THE STORY

A recent guest essay in the Des Moines Register by Iowa U.S. attorney Stephanie Rose is characteristic of this effort to distract attention from the rampant injustice of Sholom Mordechai’s sentence which began with the infamous ICE raid.

In a shabby attempt at rewriting a brutal assault that shattered a town and tore apart families, Rose asks readers to believe that the raid was really a benign action aimed at rescuing immigrants “who lived in fear,” as the result of employers “who preyed on their workers.”

The intimidating military helicopter hovering over the roofs of Postville homes was merely in charge of “medical evacuation,” should that have been necessary, she writes. In her whitewash of events, the men and women who were arrested, denied legal representation, and forced to plead guilty to a number of charges, before being either jailed or deported, had no objection to the way they were treated.

After all, they were provided with “meals, TV, telephones and other recreational activities” during their detainment. Hence, all were “accepting and compliant,” Rose wants us to believe.

WHITEWASH FAILS TO COVER UP

As is often the case with whitewash, the underlying color shows through. The author goes on to explain why “the enforcement action was critical to the successful prosecution of Rubashkin and other management employees at Agriprocessors.”

“None of these cases could have been effectively prosecuted if the illegal workers had not been arrested and detained,” she says. “Not a single illegal worker who wasn’t arrested came forward to assist law enforcement.”

An extraordinary admission. Rose is acknowledging that federal officials arrested and indicted people to force them into ratting on Agriprocessors’ management.

But what of all those who were supposedly being abused, exploited and subjected to all kinds of indignities at Agriprocessors, as the government’s affidavit claimed? How about all those living in fear of “those who preyed upon them,” in Rose’s words? With federal investigators falling over themselves in an effort to procure such testimony, even proffering incentives such as U-visas, wouldn’t a victim of abuse naturally want to tell his or her story?

But no, not a single illegal worker who wasn’t arrested came forward to assist law enforcement.

“If they had this right, the feds would not bother to try to reposition their 2008 fiasco, as the “Kinder and Gentler Ice Capades,” said Mr. Aaron Goldsmith of Postville, a former city council member and co-author of the book, Postville U.S.A.: Surviving Diversity in Small-Town America.

Goldsmith was interviewed by an Iowa TV reporter last week. Reacting to the 27-year prison sentence, Goldsmith said, “This is the second raid on Postville. The first one destroyed a community. And now, by giving Sholom Rubashkin a sentence that has absolutely no relation to the truth, they’ve reopened the wounds. This second action devastated our perception of equal justice for all.”

“AS BRUTAL AS POSSIBLE…”

“Let’s not cloud the facts,” writes noted author and economist William Anderson in a recent column. “The Bush administration decided to make an example out of Agriprocessors… Keep in mind that the government went full-scale paramilitary on its raid, complete with a Blackhawk helicopter, and heavily-armed police carrying submachine guns and other weapons.

“The raid was no surprise; in fact, days earlier, Rubashkin knew the raid was coming and personally contacted the federal authorities and promised to cooperate with them.

“Not surprisingly, the Bush administration did things its way, and its way was to be as brutal as possible.” After arresting more than 300, imprisoning them for up to five months and deporting them… the feds then seized all of the company’s records and went on a fishing expedition.”

Perhaps the biggest giveaway that the government is taking heat from Judge Reade’s imposition of a 27-year sentence is Stephanie Rose’s effort to move that issue off center by lamenting the “concerted campaign that emerged to paint prosecutors as racists, Nazis and zealots.”

As though the real issue is not that Sholom Mordechai’s right to fair and equal treatment before the law has been trampled, but that Rubashkin supporters are fanatics out to brand law enforcement as Nazis for simply carrying out their duty.

The most outrageous of Rose’s claims comes last. She accuses Sholom Mordechai of lining his pockets with over a million dollars of Agriprocessors funds that were non-payroll, over and above his salary. Rose repeats lies that the prosecutor incorporated into his sentencing memorandum and that Judge Linda Reade used to escalate Sholom Mordechai’s sentence last week.

These lies were exposed earlier by Geztel Rubashkin, a son of Sholom Mordechai, during the April sentencing hearings. Getzel produced evidence in court that Sholom Mordechai had taken out various personal loans for Agriprocessors and had cashed in life insurance policies to help the company through financial crunches. These funds totaled almost a million dollars.

He exposed the shocking incompetence of government testimony that claimed to summarize the transactions in Sholom Mordechai’s bank accounts, but offered the court only one side of the picture – Agriprocessors monies deposited into the Rubashkin account.

No record of transactions were offered by the government of the flip side: the funds at an earlier time frame being paid out of Sholom Mordechai’s account to Agriprocessors – namely, the large loans he had made to the company during financial crises.

Getzel also collapsed the prosecutor’s unfounded charges that the renovations and extension of the Rubashkin home had been paid for by Agriprocessors. He produced a notarized letter from bank officials documenting that the mortgage had come from a personal bank loan to Sholom Mordechai.

He also showed how large tzedakah donations accounted for other monies that traveled from Sholom Mordechai’s personal accounts, many of them in the form of checks to tzedakah organizations that came from his and Agriprocessors’ joint tzedakah account.

Countering claims that his father had improperly pocketed non-payroll funds for his own use, Getzel highlighted dozens of Sholom Mordechai’s cancelled checks on a screen in the courtroom, one after another made out to various charities in large amounts of $1,800 and more.

Observers couldn’t help but take note of the extraordinary generosity of the check-writer who often added personal notes and wishes for “bracha vehatzlacha” to the recipients of the donations.

Yet, this comprehensive information was totally ignored by the court at the April sentencing hearing. Despite the corrected financial picture of Sholom Mordechai’s personal accounts, backed by copious documentation, both the prosecutor and Judge Reade chose to totally dismiss the evidence.

Echoing the prosecutor’s false charges in her sentencing order, she cast Sholom Mordechai as a common thief who helped himself illegally to the company’s funds. Marching in lock-step with these ludicrous claims, US Attorney Rose outrageously parroted these accusations in her article:

“Evidence at trial showed that Rubashkin funneled about $1.5 million from Agriprocessors’ accounts to his personal bank accounts. Hundreds of thousands of those dollars paid his personal credit card bills, remodeled his home, paid his taxes, paid his personal mortgage, bought jewelry and silver, and made his car payments.”

CHALLENGING THE U.S. ATTORNEY TO A PUBLIC DEBATE

Noting that Rose used her guest column in the Des Moines Register to regurgitate old lies and invent new ones, appellate lawyer Nathan Lewin challenged her to a public debate.

“We now challenge US Attorney Rose to debate Mr. Lewin on the propriety of the prosecution in a public session, hopefully televised, in Des Moines at a mutually agreeable date with a mutually agreed moderator,” Lewin and co-counsel Guy Cook wrote in an open letter.

Few expect Rose to rise to the challenge.

“A lot of people, including a number of former US attorneys general, called for leniency and are outraged by this sentence that was motivated more by politics and not by the law,” wrote William Anderson, mentioned above.

“I will go against all of them. Sholom Rubashkin, in my view, does not need ‘leniency.’ He needs to be freed, period, for the man is not a criminal, which is more than I can say for the people who hounded and prosecuted him and destroyed his business and an entire community.”