Parenting “Do’s” and “Don’ts” in Feeding 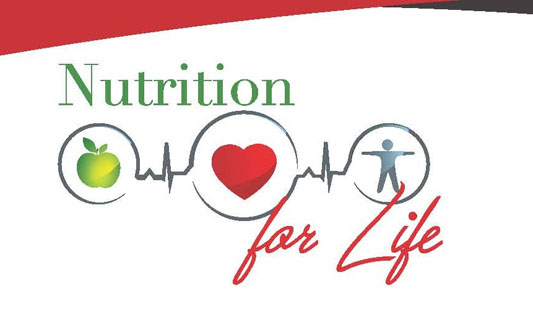 Many parents are eager to acquire and use nutritional knowledge to enhance their child’s diet and weight. The reality is that a healthy child has an inborn ability to eat and grow in the way that’s best for him. The first and most important step for the parent is to nurture this ability. In this series, you will learn how to encourage and facilitate your child’s natural ability to eat nutritiously and maintain a healthy weight.

Previously, we highlighted the parent’s role in creating an environment that sets a child up for success with eating. Ideally, this environment will be one that enhances the child’s ability to connect with his inner cues of hunger, appetite and fullness.

To create this ideal environment, the parent takes leadership and plans a balanced menu, serves a variety of foods, sets times for meals and snacks, and brings her family together at the table to eat.The child then chooses foods and amounts from what the parent has provided, according to his appetite, hunger and fullness cues. The child will choose best when variety is present, the timing is right and the atmosphere is pleasant and non-pressuring.

My client Bassi was desperate for help with her seven-year old daughter, Chani, who was eating very few foods. Chani had feeding therapy when she was five, but her parents pulled out when they saw no lasting progress after six months of treatment. Bassi was a creative cook who prepared delicious food for her family every night, but Chani would scarcely partake in the family dinner table. Rather, she defaulted to cereal and milk every night for dinner (not to mention breakfast)!

Certainly, Chani had shortcomings with her ability to eat a variety of foods. Yet the routine at home had been keeping the problem in place, not allowing for any advancement. By keeping Chani isolated in the corner of the kitchen with her milchig cereal and milk while the family ate a fleishig dinner, Bassi had inadvertently given her daughter the message that she was incapable of eating like the rest of the family.

It came as no surprise that Chani’s list 10 ten acceptable foods included salmon, cholent and steak. At first glance, these three foods would seem out of character next to the cereal, bread, macaroni, fries, rolls, pizza and grilled cheese that she would eat. Yet, there was only one meal where Chani hadn’t remain isolated with her cereal and milk – she had participated in the Shabbos meal! In the pleasant and supportive environment of the Shabbos seudah, Chani pushed herself to try what she observed her family members enjoying, and learned to like cholent, salmon and steak – on her own initiative.

To help Chani, we worked to restore a division of responsibility in feeding. Chani was no longer allowed to confine her dinner menu to cereal and milk, nor was she allowed to eat alone in the corner. As the parent, Bassi was to reassume control over the what and where of feeding. I explained to Chani that although she had some trouble adjusting to tastes and textures, she was capable of learning to like new foods.

Her mommy’s job would be to always include in the menu at least one thing that Chani was comfortable eating for dinner. Bassi would not allow alternate foods like cereal and milk, while Chani’s job would be to make sure she ate enough food to get satisfied and to push herself to try new foods as she became ready. Nobody would ask her to eat anything she didn’t want to eat.

At home, Bassi worked to recreate dinnertime. She didn’t allow any of her children to snack before dinner, which helped Chani come to the table with an appetite. She put all the food out family style (on serving platters in middle of the table), and sat and ate with her children while chatting about their day.

Bassi had written up a list of every food she could think of and let Chani highlight all the foods she deemed “acceptable” with a pink highlighter. For dinner, she aimed to serve a protein from Chani’s “accepted foods” twice a week, and always served an “accepted” starch – sometimes, the “accepted” starch was just bread or Cheerios. Bassi, a gourmet cook, cringed at the inappropriateness of a cereal box on her dinner table next to her chicken capons and wild rice, but the mere presence of that yellow Cheerios box seemed to put her daughter at ease in front of unfamiliar foods.

Chani’s eating actually got worse before it improved. Bassi tried to act indifferent when Chani ate Cheerios for dinner one night and a few strands of spaghetti the next. She knew this was part of her daughter’s experiential learning, and was a necessary short-term sacrifice for Chani to discover her own appetite and gain competence with eating. Chani took to some foods quicker than others. It took seven nights of watching her siblings eat burgers before she decided to try one bite – which she then spit into her napkin.

Instead of drawing attention to this new experience, Bassi allowed the program to continue its course. The next time, Chani swallowed four bites, and eventually she ate the entire burger! Without overly applauding, which would make Chani feel pressured, Bassi acknowledged her daughter’s progress, saying, “I noticed you tried the burger.” She gave her a warm smile, and left it at that. With time, Chani began to warm up to many new foods her siblings were enjoying at dinner, including more forms of protein, fruits, vegetables and grains!

Do you have a picky eater in your home? If your child claims, “I don’t like spaghetti and meatballs for supper,” don’t panic. This is typical! Most children will grow out of picky or immature eating patterns, and you can help make it happen. If you let your child have grilled cheese instead of meatballs, you’re not giving her a chance to learn to like meatballs. If you force your child to eat the meatballs to get dessert or to be allowed to leave the table, you’ve taught her that eating meatballs is an undesirable chore and she certainly won’t learn to like it. The same concept applies when a mother insists, “Finish your veggies.”

When we dictate a child’s nutrition in this way, we may be sacrificing her long-term nutrition by spoiling her inherent ability to enjoy nutritious foods. Instead, you might say, “You can choose to eat whatever you’d like to eat from what I’ve put out on the table.” Even if she chooses to eat spaghetti with ketchup, she will eventually learn to like a variety of foods from each food group. It’s well worth a few unbalanced meals to give your child the space to develop her innate potential to eat nutritiously for life. In addition, once you’ve eliminated short order cooking and food negotiations, you can actually enjoy a pleasant family meal!

Guidelines for Implementing a Division of Responsibility in Feeding

She won’t eat it all yet – but you are giving her exposure. She will then progress in stages:

1. Eye contact with food. 2. Putting it on her own plate 3. Taking a bite and spitting in out. 4. Swallowing it.

Stay away from preparing a separate menu – she is learning to eat as part of the greater family. If your child is picky, you may want to prepare new foods that she has no negative feelings towards.

This means no grazing. The child does need to experience hunger.

Your child will become aware of hunger, fullness and appetite signals when not distracted.

Brochi Stauber is a Registered Dietitian Nutritionist whose goal is to make healthy living a lifestyle reality for individuals and families. In her practice, Brochi combines clinical nutritional knowledge with an understanding of the behavioral science of food, enabling clients to sustain healthy habits which benefit both mind and body. She can be reached at 732-731-9340 or satisfinutrition@gmail.com.

Shira Francis is a Licensed Marriage and Family Therapist in private practice in Chicago, IL. She provides guidance and counseling in relationships and self-development. Contact her at 773-971-3388 or shirafrancis@gmail.com.