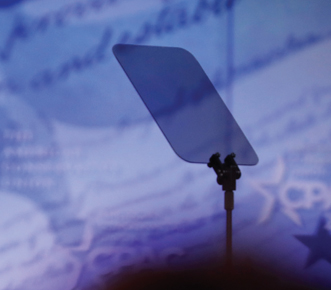 Amid a New York City media campaign this past month to assign blame for an abortive health-department protocol regarding neonatal herpes cases after bris milah, the religious community is finding itself, once again, on the defensive.

“I don’t think those community leaders did all they could have done,” Mayor Bill de Blasio said at a press conference in Queens last month, the New York Daily News reported. 1

“…the ultra-Orthodox community, which practices metzitzah, is not holding up its end of a handshake agreement made with the administration in 2015,” Dan Bloomberg wrote in Politico last week. 2

“Hasidic Parents Won’t Rat Out Mohels Who Gave Their Kids Herpes,” an article in the Forward shouts.3

Is the failure of this hard-won agreement really the fault of community non-compliance? Is it, as the press seems to imply, a bellwether of medieval standards of hygiene in ultra-Orthodox circles? Does some dark and clannish covenant of secrecy really override the ultra-Orthodox parent’s “seichel” in matters of their children’s health?

“It’s an out and out fabrication,” said a source involved in brokering the agreement. “The community didn’t break anything. This protocol was nixed in the DOH after we reached agreement with City Hall.”

As widely reported at the time of the agreement, representatives of the mayor’s office worked long and hard with a group of local rabbonim to craft a mutually agreeable protocol to conduct genetic, DNA testing in cases of HSV-1 after metzitzah b’peh in New York City. The City proudly announced the terms of the agreement at a press conference on February 24, 2015. It was reported in various media outlets.

“Mr. de Blasio said he reached the new arrangement after long negotiations with rabbinical leaders. Under the new policy, the city will engage local health care providers to educate the religious Jewish community about the risk of a cold sore, caused by the herpes simplex one virus, causing a herpes infection of the child’s genitals.

“In return, Jewish leaders committed to helping the city identify the rabbi who performed the metzitzah b’peh on any baby diagnosed with HSV1, and permanently remove him as a ‘mohel’—one religiously certified to circumcise—if genetic testing proves he is responsible for the infection.”4 (Emphasis added.)

“Here’s the truth,” said Yerachmiel Simmins, one of the legal advisors to community leaders during negotiations with City officials. “Spokespersons for the City claim the community never cooperated, while they know that cooperation meant setting up a DNA testing protocol for the mohalim. The Health Department refused – and continues to refuse – to implement the protocol.”

Mr. Simmins, who attended the 2015 meetings, said that both sides – including Mayor de Blasio himself – viewed the accord as a giant step toward resolving this controversial matter in New York City.

“To our utter shock and dismay, the terms of our agreement with the mayor’s office were flat-out rejected by the DOH. To be blunt, this agreement was quashed in the Health Department from the get-go.”

In a recent letter to the mayor, another source said, several rabbinic leaders decried the Health Department’s intransigence and reiterated their support for the agreement.

The dispositive role of genetic testing, as distinct from a simple antibody test, was established within the past several years in a pilot study conducted by the Rockland County Department of Health with the full cooperation of Orthodox Jewish community leaders. That study followed three mohalim who were themselves positive for HSV-1 and were associated with infant HSV-1 cases. No direct link was found between these mohalim and the virus that infected the children. Two cases were definite not-matches and one was simply inconclusive.

“From Rockland County’s perspective, the individuals who did the metzitzah b’peh were not the ones who matched, and that tells us we have to look at the bigger picture,” Oscar Alleyne, Rockland County’s director of epidemiology, who conducted the landmark study, was reported by Capital New York to have said at the time. 5

Jewish community leaders were hopeful that the Rockland study might stand as a model for other cities to use, and were heartened at the prospect of partnership with the NYCDOH, which serves the largest and most diverse Orthodox community in the country.

But, unimpressed by intimations of a “bigger picture” in neonatal herpes cases which occur after metzitzah b’peh, the NYCDOH has stonewalled. Location and timing of HSV-1 lesions are enough to target a mohel in the NYCDOH purview. Unless he tests negative for HSV-1 antibodies, he will be banned. No attempt is made to scout out caregivers or family members who might be the actual source of the virus – and who would (potentially) continue to be a source of infection in the community – while the (potentially) innocent mohel is permanently sidelined.

This explains why, two years later, nothing has been done – on the City side. While the Jewish community has rallied to put out a Best Practices pamphlet for mohalim, caregivers and families, and has put parents community-wide on alert for signs of illness after circumcision, the City is announcing that six new cases slipped under the radar since the historic agreement without any action within the City DOH.

One wonders, finally, whether Orthodox community members find it worrisome that six newborns in a two-year period have suffered this potentially fatal virus after a circumcision with metzitzah b’peh?

“Of course there is concern. Nothing is more important to us than our children. We want to know why this is happening,” Mr. Simmins said.

“According to the City’s estimates, over 3,500 metzitzas are done every year. And we believe that number is much higher. We question why there aren’t many more cases of illness if the practice is unsafe, and why the same mohel can do many brissos on one day or during one week but only one child out of hundreds to thousands becomes ill with the virus.

“We don’t want to throw out an age-old religious practice on a guess – even on an educated guess – especially when that educated guess is built on assumptions that are now known, scientifically, to be false,” he said, referring to the Rockland study.

Thankfully, the 6 cases of virus that have occasioned the current hubbub are mild infections, according to Mary Bassett, the NYCDOH’s Commissioner. She told the Daily News last month that “none of the six babies have gotten seriously ill — likely because parents have been seeking treatment quickly —and the boy diagnosed this year is “doing fine.” 6

In the end, it appears, the Orthodox community is upholding its end of the bargain and awaits a protocol for determining the source of any future infection.

“This bugaboo about the Jewish community hiding things is getting us nowhere,” said Dr. Dan Berman, an infectious disease expert who helped craft the Best Practices. “Why can’t we set an evidence-based policy that’s untainted by mutual suspicion?

“The science is there. Let’s use it.”