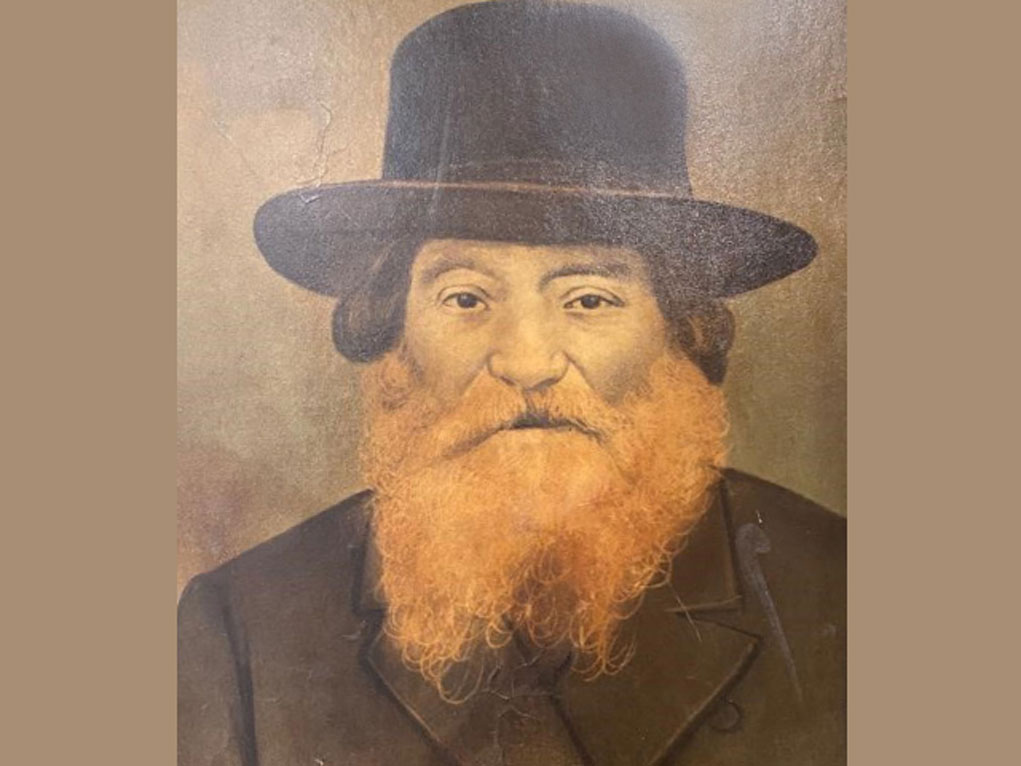 The Gemara teaches that Chananyah, Mishoel and Azaryah were inspired by the frogs of Mitzrayim to give up their lives al kiddush Hashem.

The Gemara in Pesochim (53b) explains that they learned a kal vachomer from the actions of the frogs during makkas tzefardeia, when the frogs jumped into the flaming Egyptian ovens.

They analyzed the pesukim and concluded that the frogs could have fulfilled their obligation by simply hopping around Mitzrayim and making a general nuisance of themselves. For them to fulfill G-d’s will during that makkah, it was not necessary for them to be roasted to death.

My great-uncle writes in his classic sefer Nachal Yehudah that since animals are not baalei bechirah, they do not receive reward for their acts.

If he is correct, how is it that Chananya, Mishoel and Azaryah assumed that an element of free choice was manifest in the manner in which the frogs carried out their shlichus? If animals act purely on instinct, how could the three nevi’im have drawn any kind of lesson or inspiration from their acts?

There are instances when the Torah ascribes human attributes and motives to animals. One example is regarding petter chamor, the mitzvah to redeem a firstborn donkey.

Chazal explain: “Why are firstborn donkeys set apart from firstborn horses or firstborn camels? First, because the Torah decreed it so. Second, they helped Am Yisroel during Yetzias Mitzrayim, for there was not a single Jew who did not have 90 donkeys loaded with the silver and gold of Mitzrayim” (Bechoros 5b).

To imprint this lesson in our minds and on our hearts, the Torah bestows on firstborn donkeys the kedusha of a cheftzah shel mitzvah, the sanctity of an object that can be used to perform a mitzvah.

If an animal has no bechirah and thus merits no reward or punishment, why do we reward the donkey for having helped us in Mitzrayim?

The dog, too, received a reward for its good behavior toward the Jews who were leaving Egypt. As the posuk says, “Be a holy people to Me. Do not eat flesh torn off by a predator in the field. Cast it to the dogs” (Shemos 22:30).

Rashi, commenting on this posuk, asks, “Why does the Torah specify the dog? To teach that Hashem does not withhold reward from any creature. As it is written, ‘A dog will not even whine to the Jewish People’ (Shemos 11:7). In return, Hashem said, ‘Give [the dog] its reward.’”

The question, once again, is obvious: If an animal has no bechirah and thus earns no reward or punishment, why do we reward the dogs for having helped us in Mitzrayim?

A closer examination of the aforementioned Gemara in Maseches Pesochim may help us understand the lesson derived from the frogs during makkas tzefardeia, as well as the purpose behind the rewards bestowed on donkeys and dogs. It may also explain Moshe Rabbeinu’s reluctance to strike the water and the earth prior to the makkos of dam and kinnim.

The Gemara doesn’t actually say that Chananya, Mishoel and Azaryah learned a kal vachomer from the tzefarde’im. The Gemara is discussing Todus ish Romi and asks whether he was a gavrah rabbah, a great man, or a baal egrofin, a tough person who people were scared of.

The Gemara proves that Todus was a gavrah rabbah because of the way he searched for the source of the mesirus nefesh displayed by Chananya, Mishoel and Azaryah to die al kiddush Hashem. Todus darshened that they derived their sense of obligation from the pesukim that describe the way the tzefarde’im went about their duty in Mitzrayim.

How does the Gemara deduce from this teaching of his that Todus was a gavrah rabbah? If we can assume that what it says in the sefer Nachal Yehudah is true, and animals have no bechirah and thus no reward and punishment, then it must be that Todus didn’t learn his kal vachomer from the way the frogs actually acted. Rather, he learned his kal vachomer from the way the pesukim describe the frogs’ behavior. From the way the Torah detailed how the frogs swarmed about to every corner of Mitzrayim, Todus determined that there was a lesson to be learned from that description for Jews of all time, including nevi’im.

A person who examines pesukim so carefully, with the aim of deriving inspiration and moral teaching from the stories in the Torah, is a gavrah rabbah. Someone who can extrapolate such timeless lessons cannot be a baal egrofim.

The salient message is that the precepts commanding us to redeem firstborn donkeys and to throw the bosor treifah to the dogs are not intended to reward the animals, but to teach us a serious lesson.

Moshe Rabbeinu could not turn the Yam Suf into blood during makkas dam, for, as Rashi explains, “The Yam Suf protected Moshe when he was cast into it [as a baby]. For this reason, he did not bring about the makkos of dam or tzefardeiah and they were done instead by Aharon” (Rashi, Shemos 7:19).

Likewise, Moshe Rabbeinu did not strike the ground to bring forth lice during the plague of kinnim because, as Rashi explains, the dirt “protected him when he killed the Egyptian and buried him in the sand” (Rashi, Shemos 8:12).

Hakoras hatov is a preamble to Torah. We treat donkeys and dogs differently not to reward them for what they did in Mitzrayim, but to train ourselves to acknowledge those who did us favors and express appreciation for those acts of kindness.

The dogs don’t know the difference, and neither do the donkeys. The ground wouldn’t have any way of knowing that Moshe struck it, and neither would the Yam Suf. The point is that Moshe himself knew. Striking something to which you are indebted demonstrates ingratitude. To ingrain into us the middah of hakoras hatov, we treat these inanimate objects with deference.

The maidservants at Kriyas Yam Suf merited seeing the greatest visions of G-d’s wonders, even greater than those of the nevi’im. How can that be?

The humblest servants at the time of Yetzias Mitzrayim had absorbed the lesson taught by Moshe Rabbeinu when he couldn’t strike the inanimate objects that had protected him in his time of need. They had learned that although dirt and water have no feelings or bechirah, we still must show appreciation for the benefits we received from them. And we must draw a lesson from them when warranted.

People who are makir tov to water and sand can learn lessons from frogs as well. Such people are anoshim gedolim, great people. The shfachos al hayom had been so deeply inculcated with lessons from Moshe and his ethical conduct that by the time of Kriyas Yam Suf, they were able to see the gadlus haBorei in a way never repeated by man.

The ultimate hakoras hatov is to appreciate everything that Hakadosh Boruch Hu placed in this world for our benefit. The epitome of hakoras hatov is to recognize the chassodim that are bestowed upon us by G-d, moment by moment, every day of our lives.

In order to be a good Jew, one must be a good person. Man comes into this world alone and helpless. That dependency is meant to teach him a lesson. We are not alone. We are part of a group and we are all members of one large family. We have no hope of surviving on our own merit or resources. We need people’s favors. We need services that other people provide in order to stay alive. Life is sustained by give and take. We have to be prepared to accept the assistance of other people if we are to live a meaningful life.

Kol Yisroel areivim zeh bozeh, but friendship and brotherhood come with obligations. Sometimes you help your friend and sometimes you have to let your friend help you. You cannot live by yourself. Some people have a problem with that, because they don’t want to be encumbered with a sense of obligation to anyone. Some would rather experience misery and loneliness than accept anything that would produce a feeling of indebtedness to another person.

To be a gavrah rabbah, you have to be prepared to learn from others. As our nation was being formed, that lesson was rigorously instilled along with the imperative to appreciate all we have and all who helped us along the way.

Let us appreciate what Hashem does for us and thank Him for the blessings He showers upon us daily.

Let us thank our friends for their friendship and all they have done for us. Let us show gratitude to our parents for investing so much effort into raising us and enabling us to become who we are today. Let us demonstrate our appreciation for our rabbeim, moros and teachers for inspiring us and helping us discover the beauty of Torah learning and the Torah way of life.

Let us thank and appreciate our spouses, who help us in so many ways that we have come to take for granted, and our children, simply for being who they are. Let us not forget all our family members and loved ones.

Too often, it is only when something bad happens that people appreciate all the good they had until that point. We tend not to appreciate our blessings until they are taken away from us.

Perhaps, if we would be better makirei tov and wouldn’t need to suffer tragedy in order to appreciate Hashem’s steady kindness, we would merit to experience more times of joy and fewer periods of sadness.

Let us all be thankful for what we have and be more vocal about expressing our appreciation. In that merit, may we be zoche to much more simcha in our lives.