It’s All in the Accent 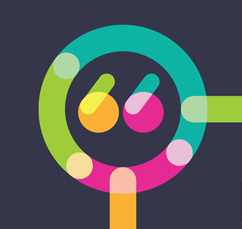 I don’t remember the speech. It must have been nearly two decades ago, a welcome reprieve in a schedule overrun by feedings and diapers, a breather from the ongoing calisthenics on the loops and ropes of young motherhood. But one line, an offhand comment made by the speaker, irrelevant to the context of the evening, stuck.

“I’m living here for nineteen years,” the speaker shared, “almost as long as I’ve lived in the States.”

Jolt! Was that the way I’d look, fifteen years hence? She seemed so American in her sleek sheitel and chic suit and still spoke English articulately, although the telltale smattering of words like chofesh and kartisiyah gave her away. But nineteen years? At what point did one actually become an Israeli?

Nearly two decades later, sitting in a dentist’s waiting room, I had my answer. Dreading my turn, almost unsettled by the rarity of time on my hands, I spent a second or two mentally fiddling with my options: Tehillim, the trusty list pad in my pocketbook, or my cellphone. Then I sat back in my chair, exhaled the frantic tension of arriving on time (okay, five minutes late!), and resorted to my favorite distraction: people watching.

There was the mother yawning through a story about two bunnies to her pigtailed four year old, a man with a graying beard murmuring into his cellphone, and a kerchief tied, olive skinned woman with a creased brow, earnestly mouthing Tehillim. Routine.

Swiveling around, my eyes locked with a blonde woman in a gaping necked sweater and slacks, sitting perpendicular to me. I smiled, and she smiled in turn, a bond of bored kinship forming between us.

She flicked out her cellphone to check the time and I reflexively did the same while she murmured something about having left undone chores waiting.

“Yes,” I commiserated, “You rush your head off to be here on time, and then you find half a dozen people in line ahead of you. “

“Yeah. He’s a good dentist, though,” she mused, “I guess you can’t have everything.”

There was a comfortable lull between us as we watched a patient leave, paper-towel wrapped icepack pressed to his cheek.

“Where are you from?” she picked up amiably.

“Oh, I live right here, just around the corner,” I smiled.

“Wow!” She breathed, eyeing me wonderstruck as if I had just morphed into some sort of celebrity. “That must have been a hard adjustment. I bet people don’t wait this long for dentists in the States. How long have you been living here?”

“I can’t believe it myself, but it’s going to be tesha esrei, nineteen -”

“Nineteen months!” She marveled. “Your Hebrew’s pretty good for nineteen months. But your accent gives it away,” she chuckled, unwittingly adding insult to injury.

“Um, it’s actually nineteen years,” I said blushing. “Which accounts for my Hebrew. I think the accent’s here to stay, though. Apparently.”

“B’emet!” she exclaimed. “Lo hayiti cholemet! ( I would never have dreamed.) T’sha esrei shana and still such a pronounced accent …”

I was more amused than slighted.

For the first year or two following my arrival here, I tried hard to roll my r’s like a native. With an oldest by the name of Miriam, I had plenty of practice. But no one was fooled. In fact, all my labored pronunciations generally elicited were raised eyebrows. Whom did you ask for? Chivky? Can you spell that?

In the beginning, it was forgivable. A greenhorn, really, what can you expect? When I hit the ten year mark, still straining to sound authentic, I wavered near resignation. How long can you keep trying the same spiel with the same, unsuccessful results? But it was when I met this woman in the dentist’s office, that I knew my efforts were doomed for good. If she was giving my simulation skills credit for a total of nineteen months, it was time to acquiesce.

Raised an American, I concluded, always an American; no matter how many years amassed on the Holy Soil.

I thought of my beloved grandmother, her deliberate European accent spiced with endearing Yiddishisms. Although she acquired a rich and impressive English vocabulary, which she took great pride in employing, (she taught me words like decipher and appealing before I could look them up in the dictionary), at 80, the 19 or so years she had spent in Poland still punctuated her speech and mannerisms.

I remembered my seventh grade substitute, Mrs. Edelstien, evoking a ripple of titters as she rattled off pesukim in rapid-fire accented Hebrew. How many years had she been living in America? It was anyone’s guess, but she had been around as a substitute since my older sister’s elementary school days, seven years prior. Still, try as she might, she couldn’t get the nuances right. “I would heve to send someone to ze pweencipal, “ she’d admonish sternly.

It is astonishing the way the impact of one’s formative experience, the girsa d’yankusa, remains engraved upon the impressionable psyche forever. One’s manner of speaking, one’s manner of thinking, even feeling, is more intrinsically affected by one’s birth country and upbringing than by any number of subsequent years spent in another environment.

Arriving at an Israeli winter wedding, I still look out for the coat rack, although it’s been years since I’ve encountered anything but a table (or a chair, or the floor…) heaped high with outer gear. At the shoe store, I’m first to show up, last to be serviced, my meek “selicha” not turning as much as a head in my direction. And I still duly make doctor’s appointments although I am invariably preceded by at least half a dozen “emergency” patients, sans appointment.

Those who have moved here as kids or teenagers still stand a chance at mastering the rubric. For better or for worse, though, we older folks who have settled on these shores as newlyweds, remain eternally branded as “Amerikaim.”

And suddenly, in a startling streak of clarity, I am hit in the face by an answer to a question that has plagued me forevermore. Or at least ever since I’ve been old enough to grapple with the concept of the three weeks; ever since I’ve been reciting the melancholy words of Megillas Eichah, yearning to feel the pain of destruction in my heart.

How, I’ve always wondered, are we supposed to mourn something we have never known, never seen? How can we grieve the absence of a lifestyle we have never lived, never loved? After all, Klal Yisroel is in golus for so many hundreds of years; how can we be expected to pine for a reality we can barely conceive, let alone remember?

Standing in that dentist’s office, the truth dawned.

We may be in golus for thousands of years, but our formative decades were spent under the wings of the Shechina, in Yerushalayim, the country of our birth. Our infanthood, our development, our childhood, the psyche and mentality of who we are was shaped and chiseled by the influence and attitudes of the Bais Hamikdosh. Try as we might to role the “ares” of our host cultures, our identity remains indelibly marked by the accent of our mother tongue: kedushah.

And though we may be fooled by our own ears, the three weeks remind us who we are. Hi yashvah bagoyim, lo matzah manoach No we are not the veneer of Western influence that suffocates us in layers of entitlement and entertainment. We are not the aisles crammed with every mode and manner of gashmiyus, nor are we the obsession with ephemeral beauty and youth. We are not the machlokes and politics that have penetrated our walls, nor are we the electronic lure that seeks to rob us of our birthright.

We are Hakadosh Baruch Hu’s Am Segulah, a holy nation pining, missing, yearning for that nameless clarity our souls intuitively know. We crave the inspiration and closeness etched into our beings, the purity and connection tasted by our earlier selves. While the world around us drowns in every type of physical and material indulgence, our identities innately gravitate to events promising “inner transformation” and “life-altering perspective”. In this day of digital communication, when nothing short of graphic decadence beckons, primitive telephone lines offering unadorned chizuk and inspiration magnetically draw thousands of thirsty callers from around the globe.

It isn’t a matter of knowing or remembering. It is who we are, woven into the fabric of our national identity, wired into the program of our individual existence.

We may be living here many hundreds of years more than we’ve lived there, jaded and faded by prolonged exposure to our host cultures, yet each of us carries the imprint of the Bais Hamikdosh on our hearts. No amount of years can obliterate that primary influence; no amount of practice can turn the dialect of golus into our mother tongue.

The three weeks are not an artificial state of external grieving imposed on us for 21 days. They are not a temporary “hold” button suspending our summer plans midair until halacha allows us to resume them. They are an opportunity to drop the pretenses that hold us in their guise and consciously reconnect with our identities. They are a chance to remember that no matter how steeped we are in the deceptions of golus, no matter how well we feign integration, our innermost selves will never be altered.