Is the Massacre in Norway the Harbinger of Worse to Come? 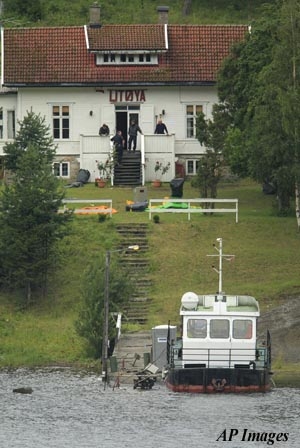 It is hard to think of anyone who ever did more damage to the cause he espoused than Anders Behring Breivik, the perpetrator of the horrible slaughter of over eighty human beings, most of them teenagers. Everyone positively cited in Breiwik's 1,500-page manifesto published in conjunction with his murderous rampage has been forever tainted, however unjustly, by the connection. Though initially described in numerous news reports as a neo-Nazi, Breivik's manifesto was filled with positive references to Israel. Those references can only help to fuel the fires of Norwegian anti-Semitism, which were already in full flame. Bruce Bawer, an expatriate American literary critic, living in Oslo, recently told the Jerusalem Post that anti-Semitism is alive and well in Norway, especially among the â€œcultural elite - the academics, intellectuals, writers, journalists, politicians and technocrats.â€ One of the country's leading intellectuals, Jostein Gaarder, published a piece in a major Norwegian paper in 2006, in which he described Judaism as â€œan archaic, national and warlike religion,â€ and pronounced the state of Israel as â€œhistory . . . until it lays down its arms.â€

Even Norway’s professional diplomats don’t hesitate to express the most visceral hatred for Israel. A senior Foreign Ministry official, Ingrid Fiskaa, said in 2008 that she sometimes wished the United Nations would send “precision-guided missiles against selected Israeli targets.” A Labor Party parliamentarian has engaged in outright Holocaust denial, proclaiming there to be no evidence of “gas chambers and or mass graves.” The Labor Party Youth Movement, whose members were the principal victims of Breivik’s attack, already demanded in 1971 that “Israel cease to exist as a Jewish state” as a precondition for peace. Socialist Party leader Kristin Havorsen has been a leader of the anti-Israel boycott campaign and supports a bill calling for Norwegian military action against Israel should it ever take military action against Hamas in the future. She has participated in demonstrations where “Death to the Jews” was being chanted loudly over a lengthy period of time.

It was inevitable that Breivik’s massacre would be cited as proof that the greatest danger facing Europe today is Islamophobia, not Islam itself or the large number of Muslim immigrants who have remained almost totally unassimilated in their host countries. The New York Times, in yet another example of its switch to advocacy journalism, leapt immediately into the fray. In what was ostensibly a news story, reporter Scott Shane offered the names of those cited widely by Breiviks to discredit them. Thus Robert Spencer, the publisher of the Jihad Watch website, mentioned 64 times in Breiviks manifesto, is cited as an example of those put on the “defensive” by being cited.

Not a single statement of Spencer’s is quoted to suggest why he should be defensive or to prove that there is anything particularly hard to defend about his views. For the record, I once spoke on a Yerushalayim panel together with Spencer on issues relating to Islam and found him perfectly sensible. Shane’s piece cites unnamed “critics,” who used the occasion of the Norwegian tragedy to demonstrate the manner in which “the intense spotlight on the threat from Islamic militants has unfairly vilified Muslim Americans, while dangerously playing down the threat of attacks from other domestic radicals.” The Times’ Shane used the Norway killings to disparage Congressman Peter King’s ongoing hearings before the House Committee on Homeland Security on the radicalization of Muslim Americans. “Despite the Norway killings,” Shane intones, the hearings will go on as scheduled, as if the events in Norway somehow demonstrated that there is no radicalization of domestic Muslims in the United States.

THE TEMPTATION TO SEIZE upon Breivik’s shooting spree to wave the banner of Islamophobia proved predictably irresistible to those European elites who have long since been taught by multiculturalism (one of Breivik’s biggest bugaboos) to take an uncritical, even obsequious, posture towards every aspect of Muslim culture and belief. But it is temptation that those elites should nevertheless resist, for the threat to Europe is real and will not go away by pretending otherwise.

There are today in Western Europe increasingly large segments of society who see the cultural elites as paralyzed by cowardice in the face of the continent’s rising Islamic population, and who view the constant invocation of Islamophobia as nothing but an excuse for inaction. Right-wing parties have done well in recent elections, even in some of the most traditionally liberal Western European countries, such as Holland and Sweden. While some of those parties have a long and ugly history of racism, such as Jean Le Pen’s National Front in France, many have made a concerted effort to break with past fascist associations. The ban on minarets in Switzerland and on the public wearing of full body coverings by Muslim women in some countries are expressions of concern about the loss of national identity.

The grievances being expressed cannot be lightly dismissed. Immigrants from Muslim lands a generation ago generally entered Europe with the intention of working hard and building a decent life for themselves and their families. Many were positively attracted not just by the higher wages available in Europe but by Western freedoms largely absent in their countries of origin. Muslim immigrants to Great Britain a generation ago were intent on integrating into British society.

Today’s immigrants and even the second-generation, European-born children of the previous generation of immigrants are less intent on integrating into their host societies and more likely to advance demands for cultural, and even legal, autonomy. In some cases, their turn towards greater religiosity is an expression of anger at the failure of their parents to successfully move up the societal ladder. But often the most intense religious radicalization takes place among those who have ostensibly succeeded in becoming proper Europeans and obtaining university and professional training. Even those Muslims who seek to integrate, especially women, are often prevented from doing so. The pressure to appear in public only with full facial covering is a means of social control, and the ever present threat of honor killings for those who deviate from their familial standard of proper conduct is the means of enforcing that control.

Muslim immigrants today often abuse the welfare policies of the European states that have liberal immigration and asylum policies. And too many view the native populations as fair game. Women in Oslo are six times as likely to be assaulted by a Muslim man as by one of European origin. The number of robberies in Malmo, Sweden’s third largest city, which is rapidly moving towards a Muslim majority, is nine times higher than that of Copenhagen. Most of those robberies are carried about by teenage gangs against native Swedish youth. The gang members describe the thrill of inspiring fear and submission among their European peers.

Muslims are assertive in their demands that their sensibilities be respected and ornery when they are not. They feel no such compunctions with respect to the religious or cultural sensibilities of the native population. Thus, Muslim students in Holland and France threaten teachers who attempt to teach them about the Holocaust. And many Europeans are eager to accommodate Muslim sensitivities. Holland’s construction workers union, for instance, recently voted to require workers to wear long sleeves and long pants, even in the hottest weather, in deference to Muslim sensibilities.

Other Europeans, however, feel that their very freedoms are being increasingly circumscribed, as prosecutions are brought against prominent politicians, like Holland’s Geert Wilders, for giving offense to Islam or Muslims. Those prosecutions constitute attempts by elites to remove the discussion of Islam from the public agenda.

Compounding the sense of losing their countries experienced by many Europeans is the vast disparity between Muslim birthrates and those of the native population, which in every Western European country have dipped below the replacement level. In Norway, in 2005, for instance, there were 64,000 children born to two Muslim parents versus only 13,800 born to parents of European stock.

THREE POSSIBLE OUTCOMES for Europe can be imagined. That preferred by the European elites is to hope that by being sufficiently accommodating and nice, things will somehow work out. It is the parallel of the belief once held by many Israelis, and still held by most American Jews, that if Israel were only nice to the Palestinians and responsive to their demands, peace would be at hand. Of all the possible outcomes, I would rate that the least likely.

The second is that Europe, as we know it, will go quietly into the night and become a part of the North African Maghreb, as Bernard Lewis has predicted will happen by the end of the century. And the third is that there will be a bloody and violent revolt by Europeans who do not view the loss of their countries and cultures with equanimity. In the third scenario, blood will flow aplenty in the streets. That is a highly unattractive prospect. But the cultural elites only make it more likely by their dismissal of all those concerned about a Muslim takeover of their countries and the loss of patrimonies as bigots and racists from the lower orders of society.

If that third scenario comes to pass, Anders Breivik’s rampage will turn out to have been the harbinger.