If Only for a Moment 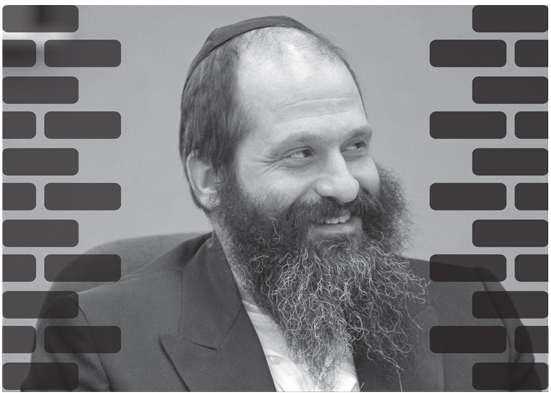 I wish I could have bottled it up.

The thrill. The excitement. The unbridled joy. The pure ahavas Yisroel.

Yes, for a few precious moments, we all tasted the experience when Shalom Mordechai Rubashkin, whom Rav Yeruchem Olshin referred to as the “korban of Klal Yisroel,” was set free.

It was so perfect, so unscripted.

The spontaneous celebration was vintage Klal Yisroel. For an all-too-short period of time, fences came down, walls were breached, barriers broken. We saw past each other’s affiliations and minhagim, hats, and garb, and peeked into each other’s neshamos.

Most of those I spoke to admitted that they shed tears upon hearing the news. Even the most hard-lined, unemotional individuals said they felt an indescribable emotion.

There was something…well…Moshiach-like about it.

I have never sniffed the geulah before. Sure, I know what is supposed to happen, what we are supposed to feel. Others have orchestrated events to capture that sentiment. And those events were meaningful. But this…this was different.

If this is how we felt when one Yid experienced his personal geulah, what will our emotions be when we hear that long-awaited blast of the shofar? There will, no doubt, be some disbelief. And then, we will spill out into the streets and nothing else will matter.

Zos Chanukah has a way of making that happen. Nissim become commonplace and the dark turns into light in the blink of an eye.

The stories have begun to spread. Of the agunah who approached Shalom Mordechai, who knows better than anyone else what it means to be imprisoned, and begged for his help in freeing her from her torment and solitude. Of the classes of children who corresponded with Shalom Mordechai and the epic responses they received, connecting their neshamos, melting away all bars of division.

He asked for none of it: not for the fanfare as he was released, not for the publication of all the stories about him. A nechba el hakeilim, Shalom Mordechai would prefer some privacy, I’m sure.

But how could Klal Yisroel be denied? It wasn’t just his simcha. It was all of ours. Somehow, we felt, vicariously, that we had been redeemed from our imprisonment. After all, we are all assirim; who’s not? Some are assirei guf, and find themselves behind bars of iron. Others are assirei nefesh, entrapped by the yeitzer hara. Some have emotional incarceration. Others feel locked in because of their financial difficulties. And of course, there are many in social solitude, seeking spouses, children, and ever elusive happiness. But the Al-mighty showed us that everything can change in a moment.

Shalom Mordechai never doubted he’d be set free. As one of the premier baalei bitachon of our generation, he told fellow inmates that Zos Chanukah he would be going home. One cynic mocked him as always, as the minutes ticked away. That day, there was a lockdown, and everyone was sent to their cells for an hour. When they emerged, Shalom Mordechai was gone. Free.

The miracle of Chanukah continues to endure. Light over darkness. Certainty trumping doubt.

I was privileged to visit Otisville twice. Yes, privileged. Both times it was over Chanukah. I went with Baruch Levine; we planned to inspire those who are separated from their families, yet we gleaned more inspiration than we gave. It should be said that sometimes people make mistakes. We all do. But loneliness is very painful and all Yidden need chizuk.

But somehow, Shalom Mordechai turned the tables. He kept to the words we read in the first perek of Shaar Ahavas Hashem of his beloved Chovos Halevavos: “Kemo shene’emar al echad min hachassidim shehayah kam balaylah ve’omer, ‘Elokai, hiravtani v’eirom azavtani, uvemachashakei halaylah hoshavtani v’uzcha v’godlecha horeisani; im tisrifeini b’eish, lo osif ki im ahavah v’simcha boch – As it is said on one of the pious individuals, who would arise in the night and say, ‘My G-d, You have left me starving and unclothed. And in the darkness of the night You kept me, and You showed me Your strength and Your greatness; even if You burn me with fire, I will only increase my love for You and my joy in You.’”

Despite all he went through, Shalom Mordechai fought off all notions of atzvus and emerged glowing and triumphant, his bitachon intact.

He has taught us so many lessons. He elevated Klal Yisroel and taught us to care about each other and even about those in other “camps.” One woman living in Lakewood hasn’t slept with a pillow for years because she wanted to feel a bit of his tzaar. Shalom Mordechai helped us see beyond ourselves. Remarkably, his essence has facilitated the oneness and achdus of Klal Yisroel — where Lubavitch, Satmar, Skver, Munkatch, the yeshiva world, and everyone else put aside any ideological differences and united to celebrate the geulah of one Yid.

Shalom Mordechai’s incredible family taught us life-defining lessons of emunah. When the judge informed Mrs. Rubashkin that she could come and pick up her husband, she drove out immediately to Otisville to pick him up. When asked why she didn’t go to pick up a change of clothing for her husband, she looked at her questioners quizzically. She always carried around his clothing. To her, Shalom Mordechai’s freedom was always imminent.

Sounds familiar? Of course! The Chofetz Chaim had a suitcase at his door, fully packed. He knew the geulah was imminent. He knew Moshiach was coming any day.

A whiff of the geulah, how sweet it will be.

Yidden poured out into the streets, not because they were told to, but because they wanted to be mishtateif in another Yid’s simcha. It wasn’t burdensome or a shlep. We weren’t tired. We were invigorated, ecstatic, and thirsty for more.

As one friend remarked, it felt like we were living the Megillah, with Trump serving as Achashveirosh, the wicked judge as Haman, and Shalom Mordechai as Mordechai HaYehudi; like we were pawns in Hashem’s world, and world leaders were puppets carrying out His wishes.

A number of years ago, in middle of June, I was invited to a very special gathering, a hachnosas Sefer Torah in Otisville in Shalom Mordechai’s honor. Unfortunately, though, because one of the Otisville inmates carried on a correspondence with me, I was labeled a friend and no friends were allowed to attend. So I had to hear of the proceedings secondhand:

The sofer was not permitted to enter wearing a jacket for fear that he was concealing a weapon. Instead, he wore a kittel. The event was scheduled to take place from 1:30 and 3:30. The sofer completed the Sefer, the music began, and the dancing started. Baruch Levine and Yaakov Shwekey sang as the inmates danced with the guests with extreme simcha, forgetting their loneliness and pain, if only for a few hours.

Shalom Mordechai could not control his excitement and performed cartwheels and danced tirelessly, including everyone else in his joy. Suddenly, at 3:15, the music stopped. But there were still 15 minutes to go. What had happened?

Well, it was Shalom Mordechai. He was the one who stopped the music. Since it was rare that he had an opportunity to daven with a minyan, he wanted to spend the last 15 minutes davening Minchah.

The sofer removed his kittel and handed it to Shalom Mordechai, who donned the white linen robe and served as the chazzan. It was a Minchah in June, but it felt like Ne’ilah.

Yes, the gates were closing. The tears poured forth. A sense of desperation permeated the air.

But in his heart of hearts, Shalom Mordechai knew. He knew what none of us could fathom. It would not be long before he’d be free.

At 3:29, Shalom Mordechai finished Minchah. For one more minute, the joy filled the room. And then, the guards came to whisk him away once more. The others returned to their cells, to a world of despair, darkness, and loneliness.

But for the talmid of Rabbeinu Bachya ibn Pekuda (the author of the Chovos Halevavos), there would be no darkness, only light.

He knew that Zos Chanukah was coming.

He knew the lights would continue to burn.

He knew the end was near.

And this past Wednesday night, we sensed it, too.

If only for a moment.

Rav Olshin, who visited Sholom Mordechai twice in Otisville, revealed a stunning thought from the Vilna Gaon. The phrase from Shemoneh Esrei, “mishon umivtoch latzaddikim — mainstay and assurance of the righteous,” is telling us that Hashem sends a mishon, something we can lean on, to help us in the long, dark, and bitter golus. For when we don’t see the final geulah, when the havtochah is not yet complete, we sometimes need something to lean on.

This was the release of Shalom Mordechai.

Thank you, Shalom Mordechai, for acting as the mishon.

You are very beloved.

And on behalf of Klal Yisroel, mazel tov!