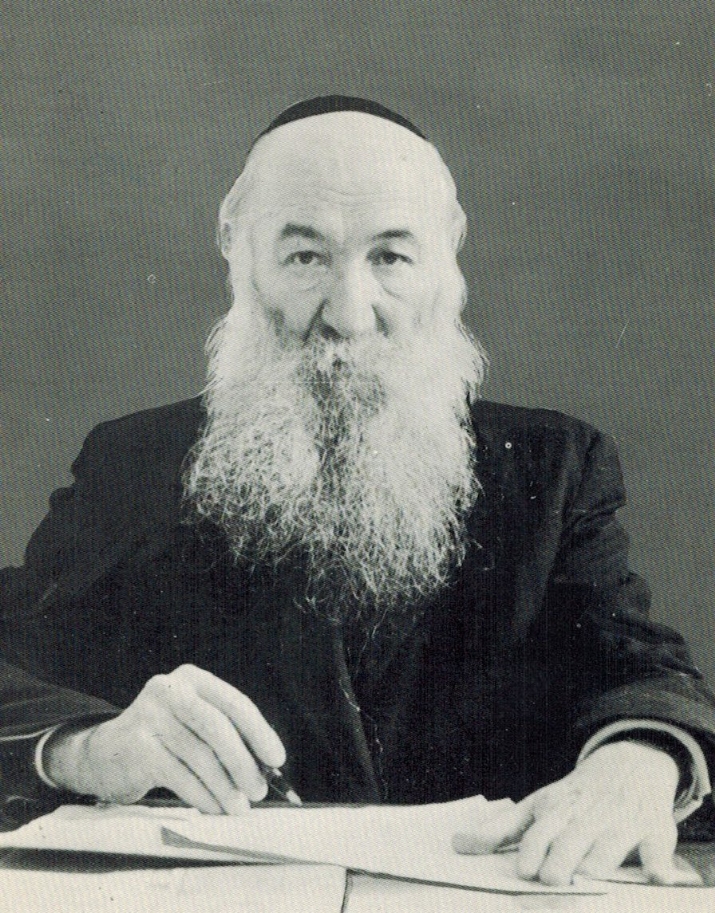 Eruvin 77: Make a Fence for the Torah

On this daf, we find that rabbinic decrees are sometimes even stronger than Torah law.

In Avos D’Rebbi Nosson, we find that Adam added to Hashem’s commandment when he shared what he had heard with Chava. Hashem had said, “From all the trees of the gan you may eat. Do not eat from the Eitz Hadaas Tov Vora. On the day you eat from it, you will surely die.” Adam modified this when speaking to Chava: “Do not eat from the fruit of the tree…and do not touch it lest you die.” He did so to protect himself and Chava from even touching the tree to ensure that they would not fail to follow Hashem’s command.

Rav Tzadok Hakohein of Lublin offers an interesting insight regarding this Avos D’Rebbi Nosson. “It is surely intriguing that the Avos D’Rebbi Nosson mentions this in the context of Shimon Hatzaddik’s admonition: ‘Make a seyag, fence, for the Torah.’ Wouldn’t it appear that Adam did no more than follow this important advice? Why was it a sin?

“We can understand this by contemplating the world before the sin of Adam and Chava and afterward. Adam was created complete. He required no fences. He merely had to avoid eating from the tree by putting it out of his mind. The nochosh pushed Chava so that she would think about the tree. She saw that when she touched it, she did not fall from her level, and she reasoned that eating the fruit would also have no effect. But she was incorrect. When they ate the fruit, they lowered themselves an astonishing amount. This is why they needed clothing only after the sin. Although our sages tell us that there is no more vulgar habit than going about without clothing, this is only after they sinned. One who goes around without clothing demonstrates a lack of proper shame. But before the sin they were not embarrassed by their physical selves, since their bodies did not cloud their neshamos in the slightest. This is the meaning of Hashem’s warning: ‘You shall surely die.’ By eating the fruit, they brought true evil into the world, enabling one to feel completely disconnected from Hashem. Even one who is pure-hearted could not be certain that his physical actions are truly pure. This distancing of their natural feeling of oneness with Hashem is spiritual death.

“To counter this tendency, we require fences, rabbinic decrees to protect the Torah. Our sages say that this is the reason that such decrees are even more beloved than the words of Torah” (Avos D’Rebbi Nosson, Chapter I; Dover Tzedek, p. 124-125; See Minchas Elazar, III, #38).

During the winter of 1946, when the British occupied Eretz Yisroel, they sometimes imposed a military curfew on Yerushalayim. From 6 p.m. to 6 a.m., it was forbidden to leave one’s home. Doing so could earn one incarceration or worse.

One Shabbos, when there was a military curfew in place, one talmid chochom wondered if the curfew invalidated the eruv for the community. “After all,” he said, “people must be able to actually reach the food that was used to create the eruv. If one cannot get to the food of his eruv because he is prevented from doing so – in the language of Chazal on Eruvin 78, ‘it is as if a lion prevents one from taking the food’ – it is invalid. Why should the British soldiers enforcing the curfew be any different?”

When this question was presented to Rav Tzvi Pesach Frank zt”l, he validated this concern. “Although at this particular time the eruv is valid, you are correct to worry in general. If the curfew had begun before bein hashemashos, I would say that the eruv is invalid, as you say. This seems clear from the Taz, who rules that if one is not allowed to carry in the shul, the eruv is invalid. The Noda B’Yehudah also writes that one may not use an eruv in a shul that the government forbids him to enter, such as if it was dispossessed due to taxes in arrears.

The Damesek Eliezer recounted a run-in that he had with a learned maskil. The latter argued, “I truly do not understand why one cannot violate the laws of Shabbos for his own pleasure. After all, don’t we find on Eruvin 79 that one may put his ox in a field to eat for its own pleasure on Shabbos even though this is surely a melachah and one is commanded to make sure his animal rests on Shabbos? Why can’t we learn from here that the same holds true for a Jew? After all, isn’t oneg Shabbos more important than violating a minor melachah?”

The Damesek Eliezer rejected this approach: “Regarding this kind of ridiculous claim, Dovid Hamelech says in Tehillim (106), ‘They traded their honor,’ which alludes to Shabbos, which is ‘honored by refraining from your usual ways,’ as Yirmiyahu said. The verse in Tehillim continues by telling us what such people away for Shabbos: ‘betavnis shor ochel eisev – for the image of an ox that eats grass.’ These folks trade in the sanctity of Shabbos for the apparent pleasure permitted to an ox while eating grass on Shabbos. They think one can extrapolate a leniency that applies to an animal to a human being. Who in his right mind would want to learn a leniency in how he acts from a lowly beast?” (Damesek Eliezer, Tehillim).

One of the many talmidim of Rav Yisroel Salanter zt”l was very brilliant and could have certainly become one of the greatest Torah luminaries of his generation. Although he was indeed very great, one of the opponents of mussar felt that he was stunting his growth in Torah by focusing too much on mussar and character development.

When this person complained to Rav Yisroel Salanter, Rav Yisroel respectfully disagreed. “This is clear from the halachah. If one has a large loaf and a shaleim, a complete loaf, which is smaller, he should make hamotzie on the complete loaf. The same is true regarding this student. It is true that he could attain gadlus, but shleimus is better than gadlus.”

Rav Yeruchum Levovitz zt”l would often quote the Mishnah on Eruvin 80 as proof of this important principle: “According to Rav Yehoshua, one must use a complete loaf to make his eruv chatzeiros, but one may not use an incomplete loaf. Even if the incomplete loaf is much larger than the shaleim, only the complete loaf creates a valid eruv according to this opinion. We see that if one has a choice between gadlus and shleimus, shleimus is superior” (Mechanech Leoros, Part I, p. 159).

A certain family always hosted many guests at every meal on Shabbos. Once, right before seudah shlishis, they found that only one challah was complete. The only other close-to-complete challah was missing a piece.

One of the guests suggested that they borrow a challah or matzah from a neighbor, since the second challah wasn’t really a shaleim. But the baal habayis disagreed. “I have seen people make hamotzie on such breads without batting an eyelash,” he said. “I would assume that it is close enough to being a shaleim to use for lechem mishnah.”

When this question was presented to Rav Shlomo Zalman Auerbach zt”l, he ruled leniently. “The halachah is that if a challah is missing less than one forty-eighth – the requirement for challah – it is valid, just like we find that it is considered complete regarding an eiruv chatzeiros in Eruvin 81. Although some hold that there is a difference between eruv chatzeiros and lechem mishnah, the halachah follows those who rule leniently on this matter. Since in the perception of most people such rolls are considered complete, they can be used as shleimos.

“This is also the custom of Klal Yisroel. If anything missing disqualified a challah, most baked challos and rolls would not be acceptable for lechem mishnah. Most are missing at least a slight amount” (Shemiras Shabbos Kehilchasah; Shu”t Har Hakarmel, siman 2, disagrees).

Thisdaf mentions the prohibition against taking interest from a Jew.

Rav Zalman Sorotzkin zt”l explains why this is much more serious than most people are aware: “In the Yerushalmi in Maseches Bava Metzia, we find that one who takes interest from his fellow Jew is considered a kofer be’ikkar. Hashem created a person to use his time for learning and doing mitzvos. He is meant to remain aware that this world is merely a corridor leading to the next world. It is therefore imperative that he be very careful with his time, the most precious possession of all. As is brought in the name of the chochom, ‘People are careful with domom, their money, but not with yomom, their days. But money is not ozer,it does not help, in the great scheme of things, and time is not chozer, it can never be restored.’

“One who lends for payment of interest by definition wants time to fly by – the more time passes, the more money he earns. He internalizes that time lost is in his best interest, instead of feeling that he should make every instant count. Since this worldview is the opposite of why we are on earth, he is likened to a kofer be’ikkar” (Oznayim LaTorah, Parshas Behar).

Eruvin 83: The Tzaddik Eats to Satisfy His Soul

On this daf, we find that one should eat a balanced amount, not too little and not too much.

The Sefer Hagan discusses proper eating habits: “One who has yiras Shomayim will not fill his belly. He will eat to be satiated, as the posuk states, ‘A tzaddik eats to satisfy his nefesh.’ This means that he eats enough to sustain himself. We find a similar language of sovah, satisfaction, regarding Birkas Hamazon: ‘ve’achalta vesavata uveirachta.’

“One who eats too much endangers his physical health, since overeating causes many illnesses, and this is the way of the wicked. As the verse states, ‘The belly of the wicked techsar.’ Literally, this means that his stomach will not be satiated. This refers to a person who fills his stomach until he cannot eat any more” (Sefer Hagan, Yom Hachamishi).