The Dual Gift of Nechamah 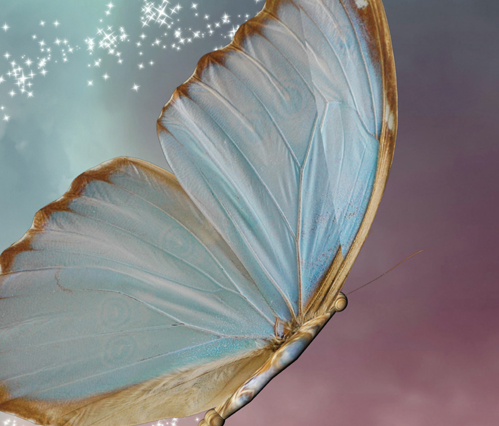 Klal Yisroel desperately needs a nechamah. The most recent reasons are the savage murders of the Salomon family sitting innocently at their Shabbos table in Halamish, Eretz Yisroel. Whether it is Yosef, 70, his daughter Chaya, 46, and son Elad, 36, who have gone to Gan Eden, or Yosef’s wife Tova, who had to go back to the hospital from the levayos of her husband and children r”l, or the five orphans brutally left parentless, Klal Yisroel once again needs consolation.

Hashem tells Yeshaya to give us a double dose of nechama – nachamu nachamu ami – but what if we need much more? Perhaps two is not enough. And what, exactly, is a double nechama anyway? Surely it is not merely saying something twice. It wouldn’t help and it could never be sufficient for all the suffering of the two Botei Mikdosh, the Crusades and the Spanish Inquisition, Tach V’Tat and Churban Europa. It doesn’t even begin to assuage the pain of the Salomons and all the korbanos at the bloodthirsty hands of Yishmoel and his henchman. And yet, we know that all consolation comes in twos. When Rebbi Akiva comforted his colleagues just after the destruction of the second Bais Hamikdosh, they thanked him with the dual statement, “Akiva, you have consoled us. Akiva, you have consoled us” (end of Makkos). How can we access this dual gift and what does it do for us?

To begin to understand, we must listen to the words of Chazal as to why a double nechamah is needed. The posuk at the beginning of Eichah (1:8) states, “Cheit chatah Yerushalayim – Yerushalayim has sinned greatly.” The Medrash (Eicha Rabbah 1:65) picks up on the double mention of sin, commenting, “They sinned doubly, were punished doubly, and will eventually be consoled doubly as well.”

Over the centuries and millennia, many interpretations of these three pairings have been suggested, each of which offer us a path toward easing our pain, attaining solace and a road to serenity. Let us begin with the approach of Rav Moshe Feinstein zt”l, who defines the dual transgression as the sin itself compounded by our denial of any culpability. It is the feeling of innocence and total lack of any acknowledgement of guilt that deepens the offense considerably. The need to double the nechamah stems from the requirement to first enlighten the offender as to the iniquity he has committed. Then, the second stage of nechamah is putting the sinner back on the right track. This is the greatest comfort of all, knowing that one has been cleansed and can now clearly recognize the difference between right and wrong (Darash Moshe, Va’eschanon, page 146).

Another approach is that of the Satmar Rebbe zt”l (Divrei Yoel, Shemos, page 146; see also the Volozhin Haggadah, page 199, in a similar vein from Rav Chaim of Volozhin zt”l). The rebbe explains that, undoubtedly, Klal Yisroel must pay for its sins through suffering. This is simply middas hadin, the strict standard of judgment. However, in the future, the Bnei Yisroel will do teshuvah mei’ahavah, repenting out of love and not just from fear, resulting in all of those sins turning into zechuyos, merits. In that scenario, the reward will be doubled, for we will receive compensation even for our sins.

One of the rebbe’s proofs is the Gemara (Bava Kamma 60b) where Hashem Himself is quoted as declaring that He will pay for the destruction of the Bais Hamikdosh, much as anyone who starts a fire must pay for the damage. Now we know that it is our very own actions that caused the destruction of each of the two Botei Mikdosh, each for a different array of sins (Yoma 9b). Why, then, does the Creator accept responsibility for our conduct?

Hashem has built a cosmic clause into His universe. Not only can a sin be eradicated through repentance, but if that process stems from a regret based upon love for our Father in heaven, the sins become mitzvos, thus doubling the reward for all that we did correctly initially.

The Maharam Brisk (Shabbos Nachamu, page 549) adds an insight that we can use every day and perhaps even moment of our lives. He quotes the teaching of our sages (Bereishis Rabbah 14:9) that, in truth, we should praise Hashem constantly “for every single breath we take.” I know an amazing young woman who underwent a double lung transplant to allow her to breathe normally after a disease robbed her of that seemingly normal ability. She describes poignantly and dramatically her gratitude and excitement to able to inhale and exhale, actions most of us take completely for granted.

The Maharam Brisk, too, gives examples of one who did not appreciate being able to eat until he could not do so, and one who grew up rich and did not appreciate many basics, because they were too easily available. We had a Bais Hamikdosh but did not appreciate its colossal presence in our lives and the benefits we derived from its very existence. For this we paid dearly with its destruction. But, G-d willing, when it is restored, we will not only reap its benefits once again but – and this is the doubling effect – this time we will constantly be grateful for every korban, for every song the levi’im sing, and for the holiness itself which uplifts every one of us wherever we find ourselves.

Rav Meshulam Dovid Soloveittchik leads us to another daily lesson in avodas Hashem stemming from the “triple doubling” question. He quotes the novi Yirmiyahu (2:13), who defines very distinctively the reference to a double sin: “For my people has committed two evils. They have forsaken Me, the source of living waters, to dig themselves cisterns, broken cisterns that cannot hold the water.” The double sin constitutes abandoning Hashem, which in and of itself is a major offense. This is compounded by the choice of substitutes for Him, which are an insult to His majesty. The punishment for this is reflected in the posuk (Vayikra 26:17), “You will flee with no one pursuing you.” If we pay proper attention, this punishment will alert us to the fact that since we embraced the power of nothingness, it is even nothing itself that will strike fear into hearts. However, if we do take this to heart, the reward will be doubled, as the novi Yeshayahu (60:17) promises, “In place of the copper, I will bring you gold, and in place of the iron, I will bring you silver. In place of the wood, copper, and in place of the stones, iron.” In other words, not only will what was taken away from us be replaced, but it will be returned many times over.

That is the double nechamah of which Chazal spoke. We sinned by both abandoning Hashem and accepting cheap alternatives. We were punished by the forced realization that we had become reliant upon a vacuous nonexistent force, which could do nothing for us because it was nothing itself. Once we internalize this lesson, we are granted much more than we had before, because we have finally embraced the true reality of our Creator Himself.

We will end off with a story I heard from the great maggid, Rav Sholom Schwadron zt”l (see also Doreish Tov, Bein Hametzarim, page 821). In the bitter days of communist Russia, Jewish blood was cheap and it was dangerous for a Jew even to walk the streets. A communist officer or policeman could kill him upon the slightest provocation or excuse. Indeed, one such young man was seized for nothing and taken to the dreaded police headquarters. Instead of a bastion of protection for innocent citizens, the dark dungeon of a building was no more than a killing field for unfortunate Jews. The bochur was quickly accused, indicted and convicted upon trumped-up charges and ordered to stand against the infamous wall where so many of our brethren had already been murdered in cold blood. His blood froze, he barely remembered the words of Shema, he muttered a few words of viduy and he braced himself for death. For some reason, the officer was not happy about where he stood and ordered him to move. Paralyzed, he could not move a muscle. The officer turned red with rage and yelled at him even louder to change his position. Meanwhile, a window above the petrified young man opened and a higher officer shouted down, “What’s going on, Igor? Why are you disturbing us all?” The officer sputtered, “I want to shoot a cursed Jew and he won’t cooperate.” His superior lost his patience and commanded, “Just let him go already. He’s not worth the trouble.” With a few words from above, the young man was miraculously saved.

Just a few years later, the young man amazingly made his way to Eretz Yisroel and joined the Chevron Yeshiva to learn Torah. Unfortunately, the year was 1929 and he was soon in the middle of the tragic massacre of more than 60 holy souls who were murdered just because they were Jews. As the blood flowed like a river, the Russian boy grabbed his chavrusah, pulling him down to the ground. “Perhaps we should beg them to shoot us quickly so that we should not suffer,” his friend begged in a whisper. The wiser Russian silenced his friend, advising quickly, “Just be quiet, daven to Hashem, and have bitachon.” After they were indeed saved, his friend asked his rescuer, “Where did you get the strength and courage to save us as you did?” The Russian escapee answered with tears, “I learned this at the communist wall.”

The novi said we will suffer twice. However, the seeds for the yeshuah are in the first suffering itself. Being at the wall of death in Russia, horrific as it was, brought rescue to one fortunate young man. Although that was tragically only the path of deliverance for one person, the novi reveals that it will be the path for the nation as a whole when Moshiach comes. All of the suffering, throughout the ages, will become our passageway to a new world. Rav Moshe Feinstein says that this will come about through self-recognition. The Satmar Rebbe says that we must repent out of love. The Maharam Brisk teaches that we must learn to appreciate what we once had and yearn for its return. Rav Dovid Soloveitchik wants us to recognize the emptiness of a world devoid of the Bais Hamikdosh. Rav Schwadron reminds us the lesson of the Russian soldier.

We must learn from every nisayon. Every test and even punishment is a lesson in disguise. May we turn our suffering into the key to geulah, with Hashem wiping away all our tears, bimeheira beyomeinu.