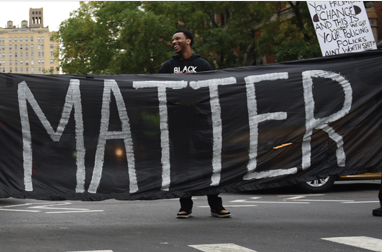 Abstract theory is much beloved by the Left. Yet, that theorizing often fails for two reasons. The first is that it is based on prior assumptions that reflect the world as the theorist would like it to be, rather than as it actually is. The second is that the theorists of the Left – which likes to refer to itself as the “fact-based community” – are notably reluctant to subject their theories to the empirical testing that is the hallmark of science or take note of the adverse consequences of acting upon the theories.

One prominent example of such current theorizing is the assumption that any statistical differences between blacks and whites that might reflect negatively on the former must be the consequence of systemic racism. Thus, if blacks constitute a disproportionate percentage of the prison population, the reason must be that the criminal justice system is permeated with racism. And if blacks are disproportionately the subjects of school punishments, again the explanation must be racism and inherent bias against black students (even where the teachers and administrators meting out the punishment are black).

A moment’s reflection – a bit of common sense, if you will – would reveal how little basis there is for the assumption that an inequity in outcomes can only be explained by racism. Few propositions are so well supported by social science data as the negative consequences for males raised by single mothers – poor performance in school, greater likelihood of addiction, and higher rates of criminal behavior. Single mothers are the norm in the black community. Does it not make sense, then, that black males are more likely to present severe discipline problems in school and to engage in criminal behavior later in life.

Yet, President Obama confidently told the NAACP Conference last July, “The bottom line is that in too many places, black boys and black men, Latino boys and Latino men experience being treated differently under the law.” And with respect to school discipline, Secretary of Education Arne Duncan has made it clear that his department considers racial differences in discipline a “simply unacceptable” violation of “the principle of equity” – i.e., the presumption that if any group’s outcomes on a particular social measure are not identical to all the others’, the explanation must be discrimination.

The principle of equity, however, is not only counter-intuitive, but counter-factual, as Heather MacDonald of the Manhattan Institute convincingly demonstrates in “The Criminalization Delusion” (City Journal, Autumn 2015). The over-representation of blacks in the prison population has nothing to do with the bias of police, prosecutors and judges, and everything to do with their rates of criminal activity. MacDonald cites a 2011 study of New York and California arrest data by Penn State University criminologist Darrell Steffensmeier. He found that blacks commit homicide at a rate 11 times that of whites. For robbery, the figure is 12 times the rate of whites.

The percentage of blacks in prison dovetails with the percentages of perpetrators for particular crimes, as determined by victims’ and witnesses’ statements. In New York City, blacks commit over 75% of the shootings and 70% of robberies, despite constituting only 23% of New York City’s population.

America does not have an over-incarceration problem, writes MacDonald. It has a crime problem. True, incarceration rates are staggeringly high compared to Europe, but so are America’s rates of violent crimes. The American homicide rate is 7 times that of 21 European countries and Japan, and Americans between the ages of 15 and 24 are 43 times as likely to murder as their counterparts in those countries.

Similarly, the evidence in the school context appears to be that blacks are more often suspended because their behavior is more likely to warrant suspension. A major 2014 study in the Journal of Criminal Justice found that the rates of black suspension are perfectly predicted by prior problem behavior. No need to conjure up racial bias or discrimination.

THESE MISBEGOTTEN THEORIES have consequences. The St. Paul, Minnesota school system spent $2 million providing teachers special training in “cultural competence” and “white privilege” so that they might get a truer appreciation of their students’ cultural differences. Alas to no effect. The gap in suspension rates between white and black students remained immense.

So the school leadership did the only thing it could in the face of such inequities: They stopped meting out meaningful punishments altogether. The problem, as detailed by Katherine Kersten, is that schools quickly turned into war zones. One high school teacher suffered a traumatic brain injury when choked and body-slammed by a student. Another was knocked to the ground and suffered a concussion when she tried to separate two fighting fifth-grade girls. Roving bands of students prowl the halls looking for victims. After five years, the St. Paul schools had to reinstitute suspension, and when they did, the same old gap in punishment rates reappeared as well.

In response to soaring crime rates, in the 1970s and ‘80s, two big changes took place in the American criminal justice system. The first was that the police following James Q. Wilson’s “broken glass theory” of policing began to intervene quickly at much lower levels of anti-social behavior. The number of policemen on the beat increased, and they were much more likely to intervene early on with questions and stop-and-frisk of those acting suspiciously. At the same time, stricter sentences were instituted for a wide variety of crimes. (It was black congressmen from districts being destroyed by crack cocaine who pushed for stricter penalties in the Clinton administration’s 1994 Omnibus Crime Bill.)

These changes brought crime down dramatically. Homicides in New York City dropped from 2,445 in 1990 to 328 in 2014. Nationwide, the murder rate declined 42% over that time period.

But crime rates have now begun to rise dramatically again. Black Lives Matter (BLM) has taken the lead in charging that police are inherently biased against blacks, and that bias explains the overrepresentation of blacks in the prison population. As a result of the venom directed at the police by BLM, police officers in many cities have almost ceased all the early intervention techniques developed over the past quarter century.

Riots broke out in Ferguson, Missouri, after a grand jury refused to indict the police officer who shot Michael Brown, a 300-pound teenage giant who had just robbed a convenience store, for the very good reason that the officer had almost certainly shot in self-defense. Still, BLM popularized the chant, “Hands Up, Don’t Shoot,” to suggest that Brown had been an innocent victim.

The Justice Department then fueled the flames by conducting an investigation of the Ferguson Police Department for systemic discrimination. (Bill Galston and Elizabeth NcElvein of the liberal-leaning Brookings Institution just published a small study showing that 50% of those killed by police in 2015 were white and 26% black. Though 26% is greater than the black percentage of the population, it is less than the black share of perpetrators of violent crimes.)

At the same time as a series of high publicity shootings of blacks by police – some of which were clearly wrongful – put the police on the defensive, a national movement to lower prison sentences gained momentum based, at least partially, on the theory that high black rates of incarceration are proof of discrimination. That movement has been joined by politicians of both parties. In the Democratic Party, not a single national figure has stood up to Black Lives Matter or had a good word to say about Bill Clinton’s 1994 Crime Act (with the occasional and often apologetic exception of Clinton himself).

The result of police making far fewer arrests and early interventions in suspicious circumstances has been to send crime rates soaring once again. MacDonald has labeled the rising crime rates the “Ferguson effect.”

For his part, President Obama has claimed that there are “no data to support the Ferguson effect.” And his press secretary, Josh Earnest, accused FBI Director James Comey of being “irresponsible and ultimately counterproductive” for twice suggesting the exact opposite of what President Obama asserted.

Meanwhile, Professor Richard Rosenfeld of the University of Missouri, an early critic of MacDonald’s claim for the “Ferguson effect,” has come around to support her view. Rising crime rates are not a blip, he concludes, and the timing fits perfectly with the Ferguson riots. In 2015, homicide rates in the 56 largest cities rose 17%, and they have gone up another 9% in the first quarter of 2016. Such rapid increases are unprecedented.

THE GREATEST VICTIMS of the liberal theorizing about crime and school misbehavior have been American blacks themselves. When schools descend into anarchy and school buildings are taken over by hooligans, it is black students themselves who are denied any possibility of learning.

And blacks have been the chief victims of soaring crime in the wake of Ferguson. In ten heavily black cities, murder rates have spiked 60% post-Ferguson. As one resident of Chicago’s South Side told MacDonald, “The problem is not the cops, it’s the people, especially the younger crowd with the guns.”

And, he might have added, the liberal theorists, who by casting black criminals as innocent victims of a discriminatory criminal justice system turn law-abiding black citizens into real victims.