Dancing Through Life – A Tribute to Mrs. Lifsha (Lillian) Hefter 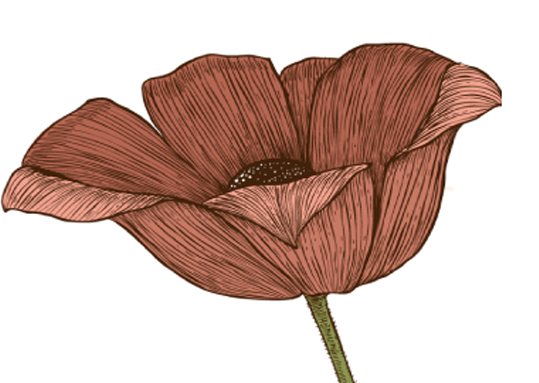 As I pen these words, I am representing thousands of students. Not just both of my parents — my father had “Miss Finger” as a kindergarten teacher in the mid-1940’s — and not just my in-laws, but many, many other students, many of whom are still sure that they were Mrs. Hefter’s favorite student.

My brothers and I, as well as my sister, are also privileged to be counted among Mrs. Hefter’s students. When my sister was in Mrs. Hefter’s class, my mother once chaperoned a trip. On the way back to school, when all the other adults slumped into their seats on the bus, thoroughly exhausted, Mrs. Hefter walked up and down the aisles of the bus, singing and dancing in her inimitable style. She wanted to squeeze out a little more simchah, a little more joy, from her talmidos.

Yes, before there was 613 Torah Avenue, before there was Uncle Moishy, before there was The Mitzvah Tree, there was Mrs. Hefter. She made songs and dances for everything. From Bereishis to Vayechi, pesukim and Rashi. Even for binyan kal in dikduk. Everything. She would perform plays with the class, and afterward, all her students yearned to hear her vintage, “Yofi! Metzuyan!”

After her petirah, I tried to imagine if there was perhaps someone in Tanach after whom she patterned her life, and I thought of Serach bas Asher. I thought about the woman in Tanach who was able to cushion difficulty and challenges through song. So much so, that when she relayed to her grandfather Yaakov that “Od Yosef chai — Yosef is still alive,” and “Vechi hu moshel bechol Eretz Mitzrayim — He is a ruler in the whole land of Egypt; he’s grown, he’s vakst ois,” she did so in song. Targum Yonasan ben Uziel says that because of that, she was zocheh to enter Gan Eden — one of nine people — bechayeha, in her lifetime.

Because when you are able to restore the Shechinah, as she did to her grandfather, after years of absence, the Ribbono Shel Olam rewards you with a closeness to the Shechinah.

It was the challenging students who very often found their way into Mrs. Hefter’s class when no one else could help them. Students who didn’t hear the beauty of the Torah. Students who could not appreciate the hisgalus haShechinah evident in every word of Torah. And Mrs. Hefter was able to make it beautiful for them.

Serach bas Asher was in Mitzrayim when Moshe announced, “Pakod pokadeti,” the fulfillment of the promise that the Ribbono Shel Olam will bring the geulah. When Klal Yisrael grew despondent in Mitzrayim and needed the assurance behind the words “Pakod yifkod,” that this was the phrase that had been passed down through the generations, it was Serach bas Asher who said, “I was there. I heard it. It will happen. The geulah will come.”

And it was Mrs. Hefter who was always there to give us assurance, to give us the courage, to tell us that we could do better, that better times were yet to come.

About four years ago, I was given the privilege of writing a book about the Hebrew Academy of Cleveland’s 70 years of existence. Many of the school’s alumni and teachers wrote in to share their memories. There were certain teachers about whom one or two students wrote in, and there were certain teachers about whom the memories just flooded in. Mrs. Hefter belonged to the latter category.

Here are a few samples:

One talmidah wrote some 25 years after she left Mrs. Hefter’s class:

This is from another woman who had been in her class some 25 years earlier:

After one of her winter trips to Miami Beach, she brought back small gifts and excitedly handed them out to the entire class. They were nickel-sized erasers that looked and smelled like orange slices, and I treasured them. When I closed my eyes, I pictured her walking on the beach. I can still remember how fragrant those little erasers were.

Imagine: A little girl received an eraser in third grade, and nearly a half century later, she can still smell that orange!

But I think the following letter, from one of the boys she had taught, moved me the most:

I served in the U.S. Army for close to two years, from April, 1959, to February, 1961. Most of that time, I served as a non-commissioned chaplain at Fort Lee, Virginia… I was released in 1961, right before Purim, and I received a call from Mrs. Hefter, inviting me to her house. Although I was happy to oblige, when I asked her why, she wouldn’t answer me. When I arrived at her house, she gave me an envelope with a check for $25. I asked her for an explanation and she said, “I want to have a part in your starting your new civilian life.” She insisted that I keep the check.

I am zocheh to be a teacher. And I would love to be remembered like she was.