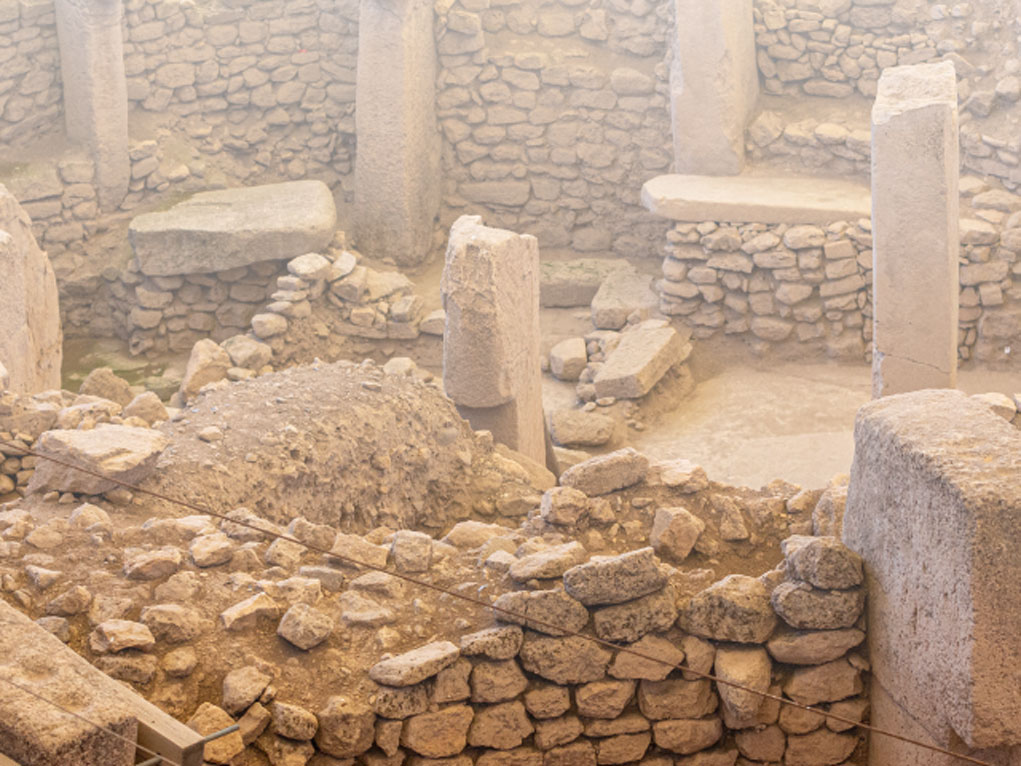 On some perfectly innocuous landscape of bare flats or rolling hills, someone stumbles across a sign of civilization. With a flurry of eager but careful digging, a team of archeologists slowly uncovers houses, streets, a whole city! But how in the world, I always wonder, did the city disappear in the first place?

I can understand losing a toy that way. If a ball or doll or some other plaything is left outside for a thousand years, it’s not hard to imagine it becoming covered up by the leaves and dust that the wind gradually deposits there, season after relentless season. In time, nature’s debris has the power to conceal a great deal. But a house? A street? A whole city?

Not only that, but sometimes multiple cities are discovered, each constructed on the remains of the one that came before. Like the strata of a seven-layer cake, the buildings and artifacts of each different civilization wait to be exposed in their turn. It stands to reason that the first city would have had to be reduced to rubble before construction of the second one began on top of it. How long would such a process take?

Even with my imagination working overtime, I find it hard to picture the vanishing of an entire hub of life, where nature takes it back so fully that it can no longer be seen except through the most assiduous excavation. It’s a mystery to me.

And yet, we know it happens. Just like we know that we, as individuals, harbor layer upon layer of memories from earlier stages in our lives. Each stage, while being lived, is brilliant with thought, action, feeling. It is vivid with anecdotes, lush with relationships. And then, when that stage ends, the next one comes along like a brand-new entity, building on the one before and completely removing it from sight.

How fully, for example, do we experience our high-school or yeshiva years? Very fully indeed. Yet look at those same teenagers a decade down the road. The activities and emotions of those years will have been buried as thoroughly as an Inca ruin beneath a modern-day metropolis. All that’s left are memories.

The same holds true for any stage of life. When our children are babies and toddlers, life is all about diapers and sleep schedules and visits to the playground. Fast-forward a decade or two, and the focus of existence is now very different. Those long-ago toddlers are immersed in their high school years or beyond, and we, the parents, have moved on as well. All that’s left of those early-childhood years are masses of pictures. And the memories.

Not everybody has the same access to their memories. As with archeologists, there are different levels of skill involved in retrieving what lies in the past. Some people I know have fantastic memories. They can put their finger on virtually anything from their past archives, including the names of their earliest teachers, trivial incidents long forgotten by most of their contemporaries, and every word of the lyrics of childhood songs.

Others, such as yours truly, remember the past in snatches, like isolated photographs glimpsed against a blurred background. What we are mostly left with is an impression. The impression of a happy childhood or an unhappy one. The impression of having been popular or lonely, successful or a failure, beloved or rejected. The funny thing is that the objective reality does not always match up with the impression. Why is that?

I think it’s because our memories are subjective. We may be able to point with accuracy at certain facts and statistics from our earlier lives, but when it comes to the less tangible things, personal focus makes a big difference. In other words, the nature of our memories has a big part to play in how we remember them, and even in how much of them we remember.

Memories can be organic, like those ancient cities built one on top of the other throughout history. If our personal history was a mostly contented and unstrained one, then each stage will flow naturally, organically, into the next. And our memories of them will likewise flow with ease. If, however, something happened to create a break between one stage and the next, that will have an impact on the way we remember.

For example, an upheaval such as war, personal tragedy, or any other great crisis can create such a glaring divide between then and now that, for many, it may feel as if they belonged to two separate and nearly unconnected lives. Trauma of any kind can create a terrible disruption in one’s memory chain.

There are also life choices that, while not necessarily negative and perhaps even extremely positive, are so big, so dramatic, that they create a similar divide in one’s life and in one’s memory of that life. Things like becoming frum or a ger, a long-awaited marriage or child, or any equivalent major life change, has the power to disrupt the even flow of memory from the time before.

When your entire identity shifts, or even “just” a crucial life circumstance, it stands to reason that your memories may undergo a huge shift as well.

Whether our lifelines are organic, traumatic or dramatic, how we look back on our lives is closely connected to how we perceive our memories. If, as I suggested, much of our past is a blurred impression interspersed with vivid snapshots, what is responsible for the nature of that impression? Why will one person recall her childhood in glowing terms while another, who may even have shared it, remembers it quite differently?

I used to know a pair of sisters who typified this phenomenon. One sister had an upbeat personality that tended to throw a rosy glow over everything. The other, more down-to-earth and also more sensitive to emotional pain, saw the same events in far less rosy terms. While the first sister’s attitude was cheery and optimistic, the second’s could be called Color Me Blue. When questioned about their shared childhood, the second sister would describe it in mostly negative terms, which never failed to astonish her more upbeat sister. They both lived through the same childhood, but each manufactured a very different impression of it with the raw material of her individual nature and viewpoint. Fascinating!

If we want to have as accurate a view as possible of our own memories, it is necessary to become a bit of an archeologist. We need to excavate carefully down through the layers, always keeping in mind that whatever we find will be colored by how we approached life back when the memories were being created. And, to a certain extent, the way we approach life now.

Following through on this logic, if we want to be able to look back on the stage we’re currently in as a positive time, it makes sense to approach life with positive feelings such as gratitude and optimism. It is in our best interest to color our attitude with a rosy hue. So that one day, looking back, we’ll be left with an impression that is happy instead of blue. A sense that life was, and is, basically good.

In the march of time, each stage of life is ruthlessly covered over by the next one. All that remains of the lost layers is the precious faculty of memory. We all want happy memories. And now we know how to go about creating them.