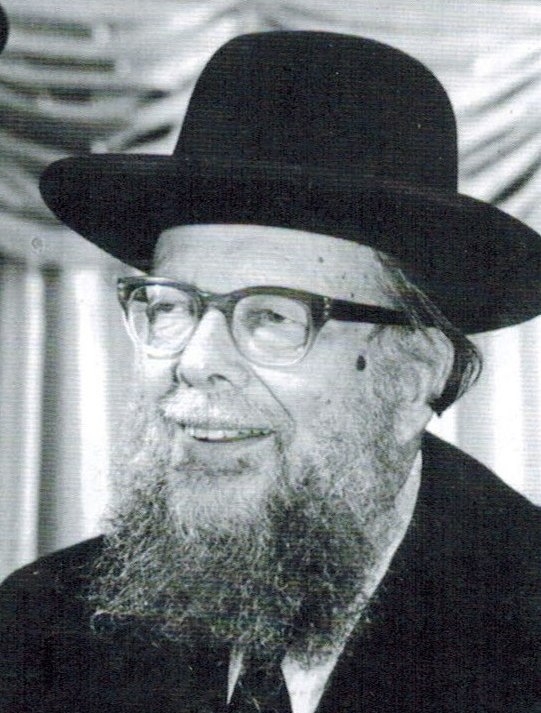 Brachos 30: The Essence of Prayer

A certain rosh yeshiva felt very frustrated upon seeing some of his students learning their Gemara in what appeared to be a shallow way. He expressed his frustration bitterly: “Why, they just ‘daven up’ a few blatt…”

When the Pnei Menachem zt”l heard this expression, it upset him. “I was very disturbed that a well-known talmid chochom could have used this expression. It implies that praying quickly without feeling is acceptable, and that it is only learning in this manner that is reprehensible. But the opposite is true. In Maseches Avodah Zara,we find that one should first learn ‘begirsa’ – just to know what it says, even if he doesn’t know what it really means – and then learn in depth. We see that learning in a shallow manner is sometimes appropriate. Yet, when it comes to davening, we never find this to be true. Regarding Shemonah Esrei, we find in Brachos 30 that a person must evaluate himself before praying. If he can daven with kavonoh, he should daven. If not, not. The Rambam and Shulchan Aruch mention this lehalochoh. We see that the essence of prayer is kavonoh.”[1]

Many struggle to try to have kavanah during davening but find this exceedingly difficult. The Bach explains why this is so and what we can do about it.

“In Brachos 31 we find that one must have kavonoh while praying,” writes the Bach. “Abba Shaul says, ‘There is a hint to this is the verse, ‘Prepare their hearts and listen.’ He says that this verse is a siman, it hints at something that isn’t obvious, since it implies that it is impossible for a person to have kavonoh on his own. Only Hashem can prepare a person’s heart, enabling him to have kavonoh. Without Hashem’s help, one is completely powerless. Nevertheless, this is a siman that one should arouse himself and decide to focus properly on his prayer. If he does so, Hashem will certainly aid him, since ‘One who comes to be purified is assisted.’”[2]

Rav Shlomo Wolbe zt”l explains a very well-known statement of Chazal. “In Brachos 32 we find that the first chassidim used to wait an hour before prayer and an hour afterward. We understand why they waited before they began, but why did they need to wait a full hour between finishing their prayer and entering daily life?

“The answer can be compared to an astronaut who was out in space. The most dangerous part of his journey is his return to the atmosphere. If his reentry is not protected correctly, his craft will burn instantaneously. The same is true for the avodas Yom Kippur of a ben aliyah. His most difficult challenge is to return to normal living after being uplifted for the holy day, after feeling so inspired and feeling so close to Hashem, much more than during the rest of the year. Nevertheless, Yom Kippur is not meant to be merely a day unto itself. Its purpose is to imbue its light into the rest of our year. Yom Kippur should impart chizuk and make a difference in how we act. At the same time, we must be careful how we reenter the regular atmosphere of the rest of the year. We must ensure that we do so in a manner that will not cause us to “burn out,” much like a rocket reentering the atmosphere of Earth.

“The chassidim discussed in the Gemara ascended so high during their prayers that they were in a similar danger. But they also knew exactly how to get back down in a balanced and healthy manner. They spent an hour doing this and only then started their day.”[3]

The Baal Shem Tov stressed that one must yearn to build his personal Bais Hamikdosh – through purifying his heart and mind – along with longing for the rebuilding of the actual Bais Hamikdosh. This theme also appears in the Nefesh Hachaim, where we learn that every person parallels the Bais Hamikdosh, and that our minds are likened to the Kodesh Hakodoshim.[4]

The Ohalei Yaakov uses this concept to explain a puzzling statement on Brachos 33. “Our sages tell us that when a person has dei’ah, knowledge,it is as if the Bais Hamikdosh was rebuilt. On the surface, this seems difficult. Why is one with dei’ah considered to have built the Bais Hamikdosh?

“Firstly, we must understand that the knowledge discussed here is the kind described in the verse, ‘Understand and know Me.’ Every person who has this kind of knowledge will be filled with dveikus to Hashem and certainly fulfills the mitzvah to make a sanctuary for Hashem. As the Toldos brings from the Alshich, we fulfill this mitzvah in our time by creating a dwelling place for Hashem in this world. I later found that the Rashbah explains this Gemara in a similar manner.”

He concludes, “We are talking here about building one’s private Bais Hamikdosh. And, as the verse teaches, when the world will be filled with knowledge of Hashem – when the entire Jewish nation will be on this lofty level – the physical Bais Hamikdosh will be rebuilt as well!”[5]

On this daf, we find that in the place where baalei teshuvah stand, even true tzaddikim cannot stand. We see from here that there is always hope, even for one who has sinned in the worst ways. As long as he is still alive, he can do teshuvah. Even the worst person has a nekudah of holiness in his heart. His first task is to believe in this nekudah and to connect to it. This is the path to teshuvah.A baal teshuvah must ascend in an instant to a very high place, which is unnecessary for a true tzaddik. He needs to access the realm known as “makom.”

Where is this place? The makom is that innermost point of holiness within the heart of the baal teshuvah. It may have been obscured by sin, but it is still there. This point is called makom because it is everyone’s true place. A baal teshuvah must reach this place and “stand” there. One who reaches this place finds that his entire self is blessed. His actions become those of one who is rooted in holiness. His yearnings, his teshuvah and his entire avodah all change for the better.

The Chovos Halevavos addresses this idea as well: “Like a bird which is driven from its nest, a man is driven from his makom.” This verse means that a person can sin so much that he has forgotten the holy nekudah that is within him. He needs to return to his makom. This is the essence of regret, an essential element of teshuvah. Repentance depends on our recognition that our true place is in holiness, not in sin. This is the only way to come to constructive regret and do genuine teshuvah.[6]

It is the job of every educator to know how to rebuke in a manner that does not arouse the defense mechanisms of the object of his attentions. His words should arouse a deep-seated desire to improve at the next opportunity.

Once, there was some unpleasantness at Yeshivas Tchebin. When the bochurim arrived at the lunchroom in time for the meal, they found the tables bare and the kitchen door locked. A few of the hungry bochurim were incensed and began banging on the kitchen door, demanding their lunch.

That week, during the general shiur, the rosh yeshiva, Rav Boruch Schneerson zt”l, made an interesting point very relevant to the outbreak of bad behavior. “In Brachos 35, we find a kal vachomer regarding Birkas Hamazon. If one must bentch after eating, how much more so must he bless before eating.

“This seems difficult. After eating, one has yishuv hada’as and has an easier time feeling gratitude and making a brochah. Before eating, when one is hungry and wants to eat, how can he make a brochah?

“The answer is that a kal vachomer is one of the thirteen middos with which the Torah is interpreted by scholars, and so the kal vachomer expresses a different attitude. A talmid chochom sees this from a different angle. When a talmid chochom is hungry, he doesn’t allow himself to feel disgruntled. Quite the contrary, when he is hungry, he feels even more strongly that he needs Hashem’s kindness to eat. Naturally, one with this mindset will find it more natural to make a brochah before eating than after his meal!”[7]

Diabetes is no simple matter. One is limited in which foods he can eat and knows that eating the wrong foods is life-threatening. Despite this, some diabetics have a hard time keeping up their regimen and occasionally eat from those foods that are against a doctor’s orders.

When one diabetic binged in this manner and managed – yet again – to stabilize after his blood sugar crashed, his frustrated son wanted to have a heart-to-heart talk with him. He knew that his father had real yiras Shomayim and that if he told him that a diabetic doesn’t make a brochah if he eats foods that are dangerous to him, this might have a real restraining effect on him. However, he also knew that his father would check whether, in fact, one doesn’t make a brochah on these foods. He naturally checked with a posek to ascertain whether his hunch was correct that a diabetic doesn’t make a brochah both before and after eating foods that can kill him. After all, in Brachos 36 we find a food on which one makes no blessing at all. Why should this situation be any different?

When this question was presented to Rav Yosef Shalom Elyashiv zt”l, he ruled that the son was only half correct.