Accessing the Season of Potential 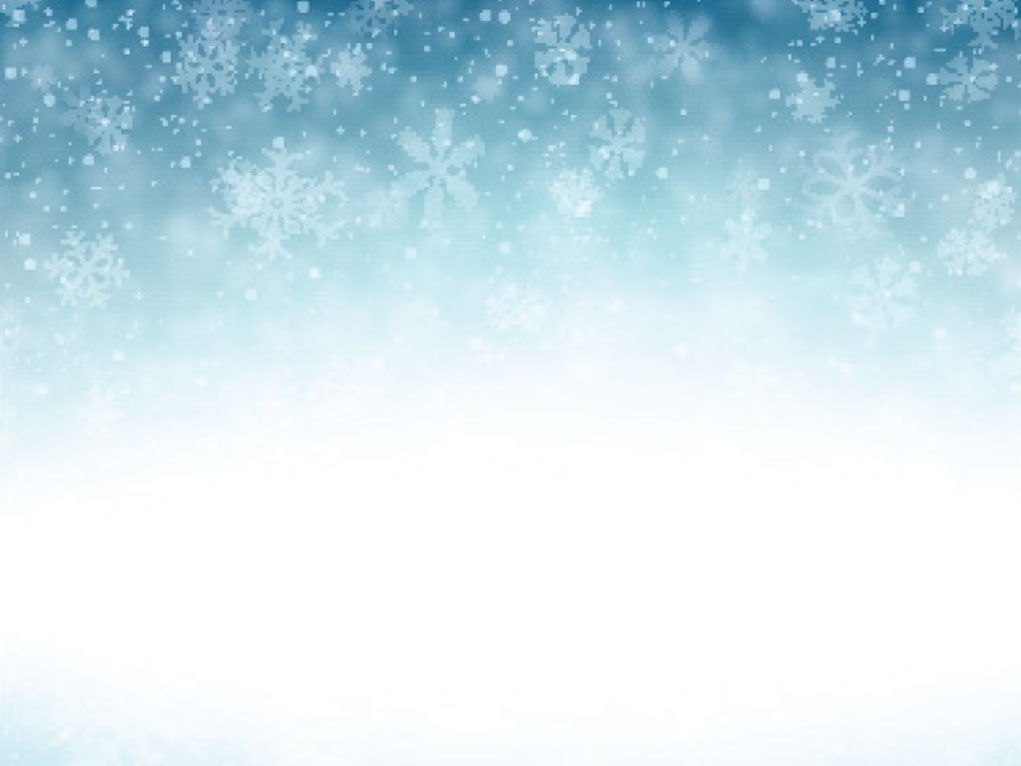 Rav Yitzchok Kolodetzky, son-in-law of Rav Chaim Kanievsky and prominent rosh kollel, has endeared himself to thousands with his animated divrei Torah and chizuk for every Jew. He relates a story with the Ridbaz of Slutzk and later Tzefas. At the age of 85, in the kind of blizzard that occurs in northern Eretz Yisroel, he was on his way to recite Kaddish upon his father’s yahrtzeit. The frigid air and powerful winds were penetrating his aging bones and he was about to turn back. Even much younger people were not leaving their homes and he decided that the halacha is that pikuach nefesh rises above all and who knows if he would even find a minyan? Yet, he suddenly found renewed strength and stamina. An inner warmth carried him above the elements and he ran successfully to lead the davening. What happened?

The Ridbaz remembered a conversation he had overheard over seven decades earlier and it made all the difference in the world. He was ten years old and having difficulty in cheder. The melamed had reported to little Yaakov Dovid’s father that his son behaved well and had fine middos but was just not “getting it.” It seemed that he could not continue in yeshiva and, as was the custom in those days, would be apprenticed to a kindly blacksmith or carpenter to learn a trade. He recalled a searing conversation between his father and mother. “We must hire a private tutor for Yaakov Dovid,” his father had suggested. “But we can’t afford it,” his mother had protested. “We are barely making it from day to day as it is.” The future Ridbaz’s father was undeterred. “We do have this furnace which heats our home,” he said resolutely. “Let’s sell it, giving us enough money to pay the tutor for half a year.”

Rav Yaakov Dovid’s family lived then in Russia, where the prevailing winter temperature was twenty below zero. But his parents didn’t think twice. They sold the furnace and sat in the shuddering cold of Russia, but Yaakov Dovid began to pick up the Gemara, wrote his classic commentary on the Yerushalmi and became the gadol hador. The elderly Ridbaz remembered his parents’ mesiras nefesh and was able to slide across the snow as if he was a skier in the Alps.

As Rav Kolodetzky points out, this was the lesson that we learned last week from Parshas Vayigash. The bnei Yaakov were in a precarious position. Their father had begged them not to bring Binyomin to Mitzrayim. However, the de facto king of Egypt had demanded that they do so. Reuvein offered his two sons to Yaakov as guarantors of Binyomin’s safety, but he refused the offer. Then Yehudah offered his own existence in this world and the next. Only then did Yaakov Avinu assent. Why did Yaakov accept this commitment but not Reuvein’s? Rav Kolodetzky answers that Reuvein offered others, but Yehudah offered himself, and when someone does that, he will find a way to prevail, even against the greatest of odds. Indeed, the Medrash teaches that Yehudah adjured his brothers: “We are all strong and together can destroy Mitzrayim if necessary. Let’s divide up the country between us and we will save Binyomin.”

Yosef knew his brothers’ potential and therefore revealed himself, ending their agonizing situation. This teaches us, says the rosh yeshiva, that if someone is moser nefesh for something important, he will succeed. This will generally not happen, however, unless one realizes that there is no other recourse but to put one’s life on the line. When that happens, Hashem grants more ability, strength and siyata diShmaya than a normative human power or capability. He shares the incredible story of Rav Yeshaya Bardoki, who was traveling on a boat to Eretz Yisroel with his son and daughter. A horrible storm tore the boat to bits and it sank. Rav Yeshaya put his children on his shoulders and began swimming to shore. After several hours, he could not go on and was forced to make a decision no parent should ever have to face.

The exhausted swimmer came to the halachic conclusion that when someone can only save one life, the male has precedence, since he is obligated to and eventually will learn Torah (see end of Horiyos). When he informed his daughter of this horrific decision, she cried one word at the top of her voice, above the din of the sea, in a soul-shattering supplication: “Abba!” When Rav Bardoki heard this geshrei, he gained renewed strength and swam for another hour, carrying both children. Then Hashem sent him a board from the boat, which floated right to him, saving all three. Undoubtedly, no father would want to abandon his child. Yet, with any normal human considerations, Rav Yeshaya’s strength was gone. Nevertheless, hearing his daughter’s voice screaming to him and no one else, he was able to discover superhuman powers.

In the neighborhood of Bais Yisroel, there lived a poor invalid who had already been bedridden for many decades. A fire broke out in his room and he cried for help, with no initial rapid response. Finally, when people arrived, they were shocked to find him standing on his feet, walking toward the exit. They quickly extinguished the flames and asked how he had moved. He answered with words that we should all take to heart: “I saw the flames coming toward me, I cried with all my might, to no avail. But I have legs, so I mustered all my strength and ran to save my life” (Rav Meir Tzimrut in Naeh Doresh, Bereishis 2:70).

We have now celebrated the miraculous Yom Tov of Chanukah and mourned the results of Asarah B’Teves. What was the purpose of this oscillation and fluctuation in our annual calendar? What is the point of our being whiplashed in this way in so short a period of time? Perhaps one lesson is this incredible human power that we have to effectuate change and bring about salvation if we would only realize our potential and how important our actions can be.

We must add an amazing story with two gedolim of the early twentieth century. The Chofetz Chaim went around Europe virtually demanding that rabbonim and Jewish leaders help him in his crusade to end lashon hara in Klal Yisroel. When the Imrei Emes of Gur met the Chofetz Chaim, he confessed, “I am the rebbe to a hundred thousand Chassidim and I cannot guarantee success in this matter.” The Chofetz Chaim’s response was short and dramatic: “Does the rebbe think that this answer will be accepted in the World of Truth?” The always honest Imrei Emes responded, “No.” Thereupon, the rebbe himself began studying the Sefer Chofetz Chaim and sent the following missive to his many Chassidim: “From the moment I began learning Chofetz Chaim, the heavens and earth will testify for me that it made a tremendous impression upon me. I therefore ask of all our followers to learn from this sefer as well.” This has been the case in Gerrer shtieblech until this very day.

Rav Kolodetzky asks, “If the Imrei Emes said to the Chofetz Chaim that he cannot be assured of making any changes in his community, he must have considered his answer very intently. What changed? The answer is that being totally honest and brutal with himself when he heard the words ‘What will they say in the World of Truth?’ changed the outlook of even one of the greatest sages of that noble generation. Just as Rav Bardoki heard the word “Abba” and the Ridbaz remembered his parents’ mesirus nefesh for him in Russia, even the great Gerrer Rebbe was able to grow just a bit more from one heartfelt phrase coming from the holy mouth of the Chofetz Chaim.

I have been privileged to hear from Rav Shmuel Kamenetsky many times the phrase “Ay di kochos fun ah mentchen – Imagine, the tremendous powers of a human being.” Undoubtedly the zakein hador means many things by this pithy phrase. But surely one of them is that we are all endowed with astonishing powers that we can activate and utilize for the good of ourselves and many others.

My rebbi, Rav Yitzchok Hutner, would also often point out the Medrash that the word adam (a human being) has the same letters as the word me’od, meaning “very.” His explanation of this was that a human being is “very anything he wishes to be, a creature of infinite possibility.”

The story is told of Rav Zelmele of Vilna, the brother of Rav Chaim of Volozhin. He was a thin sickly person who knew the entire Talmud Bavli and Yerushalmi by heart. Once, he was alone and needed a sefer that had fallen behind a heavy bookcase. Walking back and forth, he recited his brother’s famous phrase for use in such situations: “Ain ode milvado – There is no One but You.” Suddenly, he picked up the entire bookcase and recovered the required sefer.

No, it is not just adrenaline or flexing one’s muscles. It is the inner koach Hashem has given us all.

The tragedy of Asarah B’Teves was that nothing irrevocable had yet happened. The wall was breached but the Bais Hamikdash still stood. The churban could still be prevented. But apparently, few if any went out of their comfort zones to effectuate the necessary change. For us, the long winter nights of learning, the ability to devote every night to Torah and chesed, should be a clarion call to action. Many have begun studying Talmud Yerushalmi and are making a siyum where they previously never opened such a Gemara. It is just a matter of commitment and willpower, plus digging deep into the limitless resources Hashem has granted each and every one of us, especially in this season of potential.