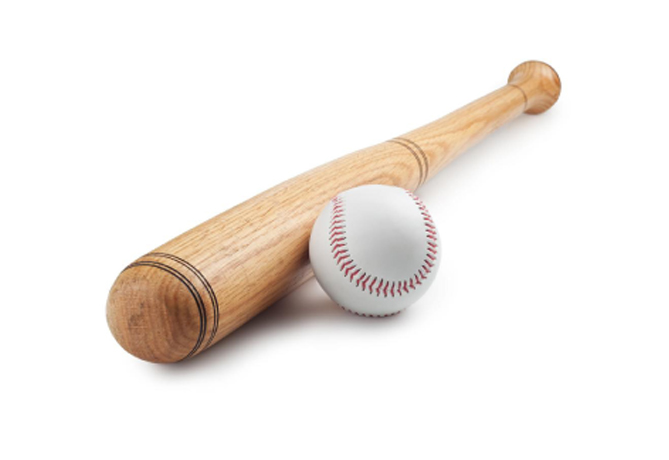 Many years ago, when I had the zechus of being a rov in Cleveland, Ohio, a headline in the sports section of the Cleveland Plain Dealer caught my attention. Vinny Testeverde, the then-quarterback of the Cleveland Browns, was apparently not playing up to par. The back page of the paper announced dramatically “Vinny Testeverde upset at his benching.” Now, a good rov cannot miss an opportunity such as this, and I dutifully spoke from my bimah: “If I was as upset at my benching as Vinny was at his benching, my benching would be much better.”

Of course, years have gone by, but with the Cleveland Indians now having narrowly missed winning the World Series, I noted that my favorite headline had returned. The Long Island Newspaper, Newsday, breathlessly reported on October 27th that the Indians’ competition, the Chicago Cubs, had “benched” Jason Heyward, despite his eight-year $184-million salary. Ironically, it seems that the same Heyward saved the day during the pivotal seventh game of the series in Cleveland. During a sudden rain delay, not so unusual for two Midwest teams, Jason gave an impromptu “mussar shmuess/pep talk.” It was reported by the experts (Newsday, November 4, 2016, page A71) as “the most important thing he did for this team all year long.” Indeed, the rest is sports history. After nearly 40,000 days since last winning a World Series, Chicago “weathered…the most infamous drought in the history of professional sports.”

Full disclosure: I am not much of a sports fan, but as an old Clevelander, I couldn’t help but cheer for the Indians as they seemed close to winning a series for the first time in nearly seventy years. Yet, when they lost in the tenth inning, to a team that had waited even longer (108 years), to a right-fielder who spoke “passionately” after being benched, I cheered because of the message to us. It doesn’t matter what else is happening. You win when you bench. And then you take it to heart.

All bilingual punning aside, there is a profound lesson to be learned whenever otherwise rational human beings seem obsessed with several grown people chasing a ball around a stadium. What possesses so many people to care so much?

We have already mentioned in these pages the fiery words of the mashgiach, Rav Nosson Wachtfogel zt”l (Leket Reshimos, Chanukah, page 26), who warns us all that to survive spiritually, we must be aware that life is a constant battle against our chief enemy, the yeitzer hara. Down deep, everyone knows that this is the purpose of our lives and we must vigilantly and perpetually fight the battle. However, since it is easier to forget this mortal struggle, we sublimate it into various types of competitions, rivalries and contests. The most prominent of these has become professional sports.

Since mankind is primed by Hashem’s design for this war, continues the mashgiach, they enjoy watching people engaged in these activities, even if they are not quite what Hashem had in mind.

Rav Wachtfogel goes on to share with us an amazing source for this insight. Among Yaakov Avinu’s parting words to Yosef, he tells him that “I have given you Shechem…which I took from the hand of the Emorite with my sword and my bow” (Bereishis 48:22). Why was this information so important that it became the last lesson between them before the final brachos?

Rav Wachtfogel answers that Yaakov was revealing to Yosef the great secret of his success. He had fought the battle against the yeitzer hara every day of his life, and so he merited winning Shechem and everything else. We, too, may cheer occasionally for this or that team, as long as we remember to keep our eye on the real ball in the ultimate war of our lives.

While all of this is certainly true, there may be an even deeper source for our preoccupation with sports and the entire world of what is sometimes referred to as the leisure and entertainment complex. It indeed seems as if most of the time, money and even power in the world are vested in these vacuous and superficial empires. It is easy to say that they represent various arms of the yeitzer hara, as we mentioned earlier. However, their lure and far-reaching influence seem to evoke something deep in our psyches, if not souls.

There is a cryptic posuk that we recite at least once a month, in the passage of Borchi Nafshi, regarding one of Hashem’s most mysterious creations: “There ships travel, this Livyoson You fashioned to sport with (lesachek bo)” (Tehillim 104:26). I am sure that the ArtScroll translators agonized over this term, lesachek bo, for a long time. Without guidance from our Torah teachers over the centuries and millennia, we can know nothing about Hashem Himself. However, I learned from my rebbi, Rav Yitzchok Hutner zt”l, that there is nothing in this world that does not stem from the Creator (see Maamorei Pachad Yitzchok, Sukkos 120:2), even the concept of charatah (regret). We must therefore look to our gedolim for guidance as to what this term can possibly mean in relation to Hashem.

The Vilna Gaon, in several places (Iyov 3:21; Even Sheleimah 11; Safra Detzniusa 18:3, page 12), explains the word sechok as “a sudden pleasure.” In relation to Hashem, the Gaon understands sechok to mean the joy He takes in teaching esoteric Torah to tzaddikim, the very righteous. This may be further understood in light of Rav Chaim Volozhiner’s teaching (Nefesh Hachaim, Shaar 1:22) that while the taamei haTorah – the profound reasons for the mitzvos – were never revealed to anyone, even to Moshe Rabbeinu, they will be taught to tzaddikim in the World to Come. This is known as the Feast of Livyoson and the “sudden pleasure” refers to the delight of revealing chiddushim, new Torah thoughts that had remained unexpressed for millennia.

It may seem an impossibly long way from these holy thoughts about Hashem and tzaddikim in the future world and the ephemeral world of today’s distractions. But we must remember that everything begins in holiness in the worlds above and is then hopelessly reduced in our diminished world below. Indeed, the Maharal (Chiddushei Aggados, Avodah Zarah 3a, and also to Bava Basra 74) states that “people think that this sechok is mere frivolity and foolishness, but they do not begin to understand this deep concept… Sechok here refers to Hashem’s pure ratzon (will), which merges with that of His creations… This is what the words ‘Hashem mesachek – sports – with the Livyoson’ means. People, however, tend to connect on the level of their willpower only with things that are pleasing to them, that are devoid of substance and are just leitzonos – levity, trivial and insignificant.”

Thus, we learn from the Maharal that what can be the most elevated and sublime at the highest of levels sinks hopelessly to depravity when misapplied and distorted. When we delight in discovering chiddushei Torah – novel Torah thoughts – we are emulating Hashem teaching Torah to the righteous in the World to Come. However, when we become obsessed with instant gratification and fleeting pleasures, we take the sechok too literally, as the Maharal warns, and ruin opportunities to touch infinity. Yet, we must realize that mankind’s constant search for these pleasures, just like Rav Wachtfogel’s critique of the obsession with sports, is rooted in its often misguided but understandable yearning for spirituality.

Rav Eliyahu Eliezer Dessler zt”l (Michtav M’Eliyahu, volume I) also sees mankind’s constant hunger for more materialism as simply a misplaced search for spirituality. Not knowing where to search, the world is on a perennial wild-goose-chase, when happiness and serenity can be easily had without wandering far from home. For us, as Torah Jews, the antidote to these wasted moments is easier than for the rest of the world. We have access to the Torah, to mitzvos and even to the opportunity to taste the Livyoson by engaging in original Torah thoughts. That is truly the remedy for many ills (see the Vilna Gaon to Mishlei 2:11 and Ze’ev Yitrof, Roshei Chodesh, chapter 45).

It may be appropriate to end with what we started. The Zohar teaches (quoted by Rav Yisroel Eliyahu Weintraub zt”l in Raza D’Shabbos, page 483) that while the Shechinah enjoys our benching all week long, on Shabbos the Shechinah enjoys our meals themselves, because even the food we eat constitutes a mitzvah. We learn that while benching is powerful and holy, our eating itself can be even greater if we make sure to eat for the sake of heaven and elevate the food itself. This is surely no easy task. But if ordinary people can go from being benched to winning the game, we can surely bench properly all week and then turn our seudos Shabbos into a me’ein – intimations and a microcosm – of the seudas Livyoson. May all be gebenched with a gutten Shabbos.