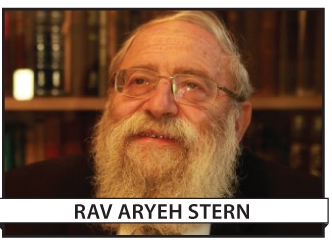 Eleven years since the passing of its previous chief rabbis, a 48-member panel in Yerushalayim elected previous Sefardi Chief Rabbi of Israel Rav Shlomo Amar as Sefardi chief rabbi of the city with 28 votes and Rav Aryeh Stern as Yerushalayim's first Religious-Zionist chief rabbi with 27 votes. There were many court appeals against the election, including a complaint by UTJ that through political maneuvering, Yerushalayim Mayor Nir Barkat and Minister of Religious Affairs Naftali Bennett gained almost complete command of the elections by subjecting the appointment of 12 of the voting panel members to their direct control. The court rejected the appeals.

Rav Stern was supported by Zionist elements, Bayit Yehudi and Mayor Barkat. Rav Yaakov Shapiro, rosh yeshiva of Yeshiva Mercaz Harav, retracted his candidacy Tuesday morning in order not to split the Religious-Zionist vote. Earlier, Rav Eliyohu Schlesinger dropped out of the Ashkenazi race so that the chareidi vote would not be splintered.

“I promised and I kept my promise,” said Eli Dahan, Deputy Minister of Religious Affairs, of the election of Rav Stern. “A Zionist rabbi who believes in the Israeli people and the State of Israel has been elected for the city of Yerushalayim. When I was elected, I promised that the time would come when Zionist rabbis, too, would be appointed for key positions in Israel’s religious system. Now the day has come.”

Bayit Yehudi exulted, announcing, “Yerushalayim is in Zionist hands. Bayit Yehudi congratulates the chief rabbis of Yerushalayim, Rav Aryeh Stern and Rav Shlomo Amar, on their election. This is an important victory to those who love the Jewish people, the land of Israel, and the Torah of Israel.”

Rav Amar, 66, was born in Casablanca, Morocco, and came to Eretz Yisroelat the age of 14.

“Although I served in a more prominent position in the past, a person greater than me – Rav Ovadiah Yosef – watched over me,” Rav Amar said. “My hand never left his hand and I always had someone to consult with every difficult p’sak. He always helped me and listened to hundreds of my p’sakim.”

Rav Stern, 69, is head of the Halacha Berurah Institute and served as rosh yeshiva and maggid shiur at a number of Religious-Zionist yeshivos.

Rav Lau’s spokesman said that he had consulted with leading gedolim, who counseled him that he should enter the race to preserve the sanctity of the Holy City and maintain the glorious heritage of those who previously served as rabbis of the city, including Rav Tzvi Pesach Frank, Rav Betzalel Zolty and Rav Yitzchok Kolitz. He saw Rav Lau’s defeat as a loss for chareidi Jewry in general and was at a loss to explain why the support they believed they had evaporated.

The spokesman said that one of the members of the electoral body asked Rav Yisroel Meir Lau what his secret was in meriting having such outstanding children. “He responded that he doesn’t know the mysterious ways of Heaven, but that perhaps it was in merit of not having really known his parents, who were taken by the Nazis when he was a small child. ‘Maybe because I didn’t know my parents,’ Rav Lau said, ‘Hashem is giving me this nachas instead.’”