With Elections Around the Corner 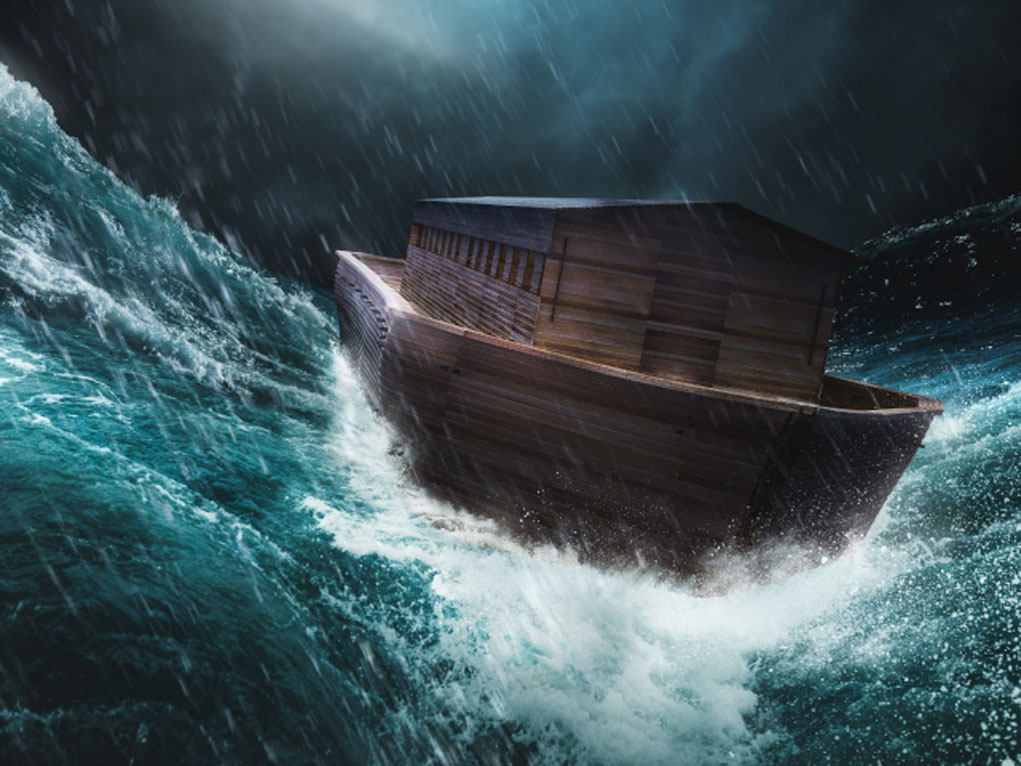 This week we learn again the fascinating parsha of Noach and how Hashem brought the Mabul to destroy the world He had created.

As we begin learning the parsha, we note that the pesukim (6:11-12) that describe the depraved situation of the world at the time of Noach state, “Vatishocheis ha’aretz lifnei ha’Elokim vatimolei ha’aretz chomos – The world became corrupt before Hashem and the world became full of thievery. Vayar Hashem es ha’aretz vehinei nishchosah – And Hashem saw the earth and behold it was corrupted.”

Acharonim point out that these pesukim indicate that although the world had become an awfully sinful place and was totally corrupted, it was only Hashem who perceived what was happening. Nobody else took notice. All of mankind was blind to what was going on. Either this was because the people themselves were guilty of what was happening to the world and therefore didn’t notice it or because the people didn’t realize that anything was off.

The corruption, thievery, murder, immorality and assorted evil prevalent in their day were considered normative behavior. The people of the day didn’t consider the depravity as a societal ill. If you wonder how that can be, take a look around at this country as it has slid into a socialist, hedonist grip. Criminals are coddled, while those charged with enforcing the law are disparaged, defunded and denuded of their ability to maintain safety and order.

Those on the political right are not only vilified, but are cancelled in every possible way. People who advocate for traditional morals are denigrated as being out of touch and worse. Criminals who society views as deprived are permitted to pillage stores at will. Murder of babies is considered a primal right and all matters of personal proclivity are protected and encouraged.

Elections are around the corner and people are contemplating how to vote. I know that some of you won’t like this, but it is beyond me how any religious person can pull the lever for a Democrat candidate. Not only are they not our friends, but when voting for a member of that party, you are enabling the Democrat Party to achieve a majority in the legislature, or Congress, or the Senate, depending on the race. And even if your local Democrat happens to be an exception, when you vote for him or her you are pulling the lever for higher taxes, for abortion, for no cash bail, for defunding the police, for bad judges, for woke policies, for demoralizing the culture, for empowering the left, and for much else.

At the outset of the Biden administration, the economy was growing at a rate of 6.5%, inflation was at 1%, and everything was humming along. There had been no major wars for four years and peace was coming together in the Middle East. But the Democrats were unhappy and Joe Biden set out on fulfilling progressive dreams by declaring a moratorium on leasing permits for oil and gas exploration on public lands, while rolling back Trump border policies, in effect opening the southern border to millions of illegals.

The war on fossil fuels raised the price of gas, which was immediately felt by consumers. The raised fuel prices also caused the price of shipping and delivery to rise, compounded by rampant government spending and onerous regulations, leading to historic inflation rates.

As prices rose and the economy suffered, the Democrats refused to dial back their anti-fossil fuel policies and instead caused the United States to become even more dependent on foreign sources of oil. Biden begged Saudi Arabia to pump more oil, but they snubbed him and conspired with Russia to cut production and keep prices high.

All along, Republican warnings that the Biden policies will result in economic ruin and an overrun border were ignored. Now, inflation is out of control and a recession is either underway or will be soon. Interest rates are rising, the stock market is falling, and a boom became a bust.

People contemplating voting for Democrats may have already forgotten how their party’s elected officials bludgeoned people as the Covid pandemic raged, forcing most business to close while keeping others open and slamming shut schools, despite scant evidence that the virus was harmful to young people. School closures led to drastic decreases in the ability of children to do math and read and write, not to mention the mental issues caused by isolation. Perhaps they have forgotten how yeshivos held classes surreptitiously in basements and fled from New York State, as did summer camps. Democrats were deaf to pleas and arguments that the lockdowns were severe and unnecessary.

Crime in Democrat cities and states has exploded. Even if they would want to, judges are not allowed to consider a defendant’s danger to the community when deciding whether to bring him to trial, nor can they impose bail to keep him locked up and away from innocent people. So a dangerous person commits a dastardly crime, and within hours of his arrest, he’s back on the streets, prowling for his next victim. Police are handcuffed while criminals are free to do as they please. Crime statistics continue to rise and nothing is done. People remain in their formerly safe neighborhoods at their own peril, while many flee to safer states and cities. Nothing is done, besides some pre-election lip service.

This is without even discussing the cultural revolution going on in schools where children are being brainwashed and taught to accept and practice what had been considered aberrant behavior prior to the current administration’s assumption of power.

We are all obligated to do what we can to ensure that the world is basically a moral place. We accomplish that in several ways, but a primary method to influence change in a democracy is through participating in the electoral process.

We do it for ourselves and for the world, for if the world continues to sink in levels of morality, perversion and depravity, the result won’t be good.

Rav Chaim Soloveitchik taught, based on a Medrash in last week’s parsha and other sources, that when we say that the world was created according to the Torah, it means that the Torah contains the blueprint for the world.

When a building is to be constructed, the first person to consult is an architect who knows about engineering and materials, as well as angles, light, sound, and the rules and laws of construction. Based upon his knowledge of everything involved, he creates detailed plans and drawings of the envisioned building, which the builder follows and regularly consults throughout the construction process.

This is the explanation of the Rashi we have been studying ever since we began learning Chumash with Rashi in our youth. He cites for us the Medrash (Bereishis Rabbah 26:5), which states that wherever there is overwhelming immorality and avodah zorah, devastation comes to the world, killing the good along with the bad. And now we know why. Just as a house begins to fall apart if the architect’s instructions aren’t followed, or the wrong wiring, or faulty plasterboard, or weak sealants are used, so too, if the world deteriorates and degrades, rot sets in and begins to eat away at its foundations.

We have an obligation to ourselves, our children, our communities, and Klal Yisroel to try to rectify the world in which we live.

If we wish to have a fighting chance to raise upstanding, fine, ehrliche families, we have to seek to improve the surrounding culture so that we don’t become sullied – or a statistic – just by venturing out to the public thoroughfare.

Over the Yomim Noraim and Sukkos, we worked so hard to attain new heights of spirituality, achieving improvement and bringing ourselves closer to Hashem. All that is jeopardized by the murky swamp in which we are enveloped.

As we learn this week’s parsha, and as schools and yeshivos begin the winter sessions and zeman, we need to follow the lesson portrayed by Noach, a tzaddik, who didn’t only care about himself and his family, but spent 120 years of his life seeking to right the world and inspire people to rectify their ways.

In the merit of his selfless actions, though his efforts were unsuccessful, he and his family were singled out from all the world’s residents to be saved from the calamitous destruction. By cleaving to the Torah and its gedolim, tzaddikim and talmidim, and doing what we can to make the world a better place, we will help ensure that we and our families remain devoted to Hashem and stay afloat in a sinking world.