A Window Into Open Orthodoxy And How To Close It 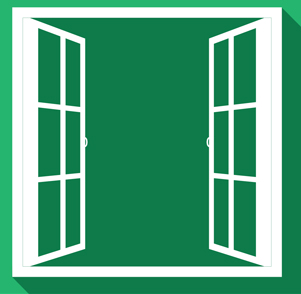 For a number of reasons, I have not yet weighed in on the sad and infuriating phenomenon of the so-called Open Orthodoxy movement. Good people, such as Rabbi Avrohom Gordimer and the publisher of this newspaper, have done so valiantly and comprehensively, although the battle is far from over.

In this column, however, I would like to share a new – at least to me – understanding of the etiology of this disease and how to make sure that it doesn’t make any further inroads, G-d forbid, in our own community.

It begins with the publication of a new book, prominently reviewed in last week’s New York Times Sunday Book Review (November 20, 2016, page 13). Adam Kirsch, “one of our most wide-ranging and perceptive literary critics,” has published The People and the Books: 18 Classics of Jewish Literature. Perhaps because, as the reviewer, Robert Alter admits, Mr. Kirsch has little knowledge of the Hebrew language, he lumps together “Rabbi Nachman of Bratslav and Sholom Aleichem’s Tevye the dairyman,” making many more absurd and even blasphemous analogies as well. Thus, he concludes that “the Greek Septuagint was just as divinely inspired as the Hebrew original.”

In one of his absolutely worst comparisons, he completely misunderstands or distorts the Rambam, equating him with Spinoza (r”l!), alleging that both believed that G-d “cannot hear our prayers or intervene in human affairs.” Even the most unscholarly person we would randomly ask about this parallel would immediately be able to cite countless authoritative and moving quotes from the Rambam about the powerful effects of our prayers. Perhaps Mr. Kirsch mixed up the Rambam with the Greek philosopher quoted in the Kuzari who indeed held such views about the ostensible futility of prayer.

What are we to make of such nonsense and ignorance posing as scholarship and expertise? Although it is incomprehensible and bizarre to knowledgeable readers, this kind of fodder is undoubtedly one source of Open Orthodoxy’s influence and matrix. Once the equations have been made, between holy writings and heresy, between novelists and giants of the spirit, between enemies of the Torah and towering works of divinely inspired teachings such as the holy Zohar, the ground is ripe for the rejection of everything we have held holy and sacred for thousands of years.

My rebbi, Rav Yitzchok Hutner zt”l, often warned that the most dangerous of conclusions are drawn from such false comparisons, misinterpretations and distortions.

The early Reform and their adherents fought the Torah openly and savagely. Today we are dealing with the more subtle and therefore dangerous attacks of those who claim to be Orthodox but are slowly eroding our classic beliefs from within. A book such as this one illustrates the problem dramatically. The purveyors of a so-called Open Orthodoxy not only have no mesorah – an unbroken tradition going back to Sinai – but they are constantly influenced by new works such as this one claiming that everything is equal – kodesh and chol, gedolei Yisrael and those who make it up as they go along. This book and its results remind us of the famous epigram of the Ridbaz when he visited the United States in the early twentieth century. “They do make Kiddush,” he noted, “but they don’t make Havdalah.” By this, of course, he meant that although he found that American Jews were performing some mitzvos, the level of assimilation and influence of alien cultures was appalling.

An example of the inroads this confusion has made into so-called Orthodox writing may be seen in a recent journal called Conversations published by “Ideals: The Institute for Jewish Ideas and Ideals” (Winter 2016). The editor, a prominent Modern Orthodox leader, Rabbi Marc D. Angel, writes derisively about the ancient teaching that we wash our hands to remove a ruach ra’ah, an evil spirit, and alleges that “we are not obliged to believe or inculcate a belief in ruach ra’ah.” He also advocates that “we need to reject the literalist view that the universe is 5766 years old.” Rabbi Angel concludes with the sweeping statement that “no parent or teacher should insist that a child or student must believe that Rivkah was three because ‘Hazal said so.’”

Now, it is one thing to cite alternative views in Chazal about a certain matter. It is quite another – destructive and perilous – to dismiss an opinion one doesn’t like, appreciate or understand in the sacred teachings of Chazal. One of the critical things that have gone wrong here is the lack of an understanding of who the giants of ancient times were and how we have always lived by and revered their every utterance.

“What does all this have to with us?” you may rightly ask. We in the Torah world certainly don’t believe any of these aberrant teachings. The answer has recently been conveyed in a wonderful new work by Rabbi Ruven Schmelczer, a prominent Torah author in his own right (Afikei Mayim, Chaim Be’emunasam), written at the behest of Rav Matisyahu Salomon. The name of the book is The Heart of Emunah and it revolutionizes the “Torah approach for conveying Yiddishkeit to our children.” Although one must obviously read, study and internalize such an important work, this much can easily be stated. It teaches the antithesis of what has led to the scourge of Open Orthodoxy. Much of the book focuses upon transmitting to each new generation the emunas chachomim, exalted heritage and incredible greatness of earlier generations. Although some of this has been done in the past, Rav Salomon felt that the time has come to formalize and incorporate many of these subjects into our homes and yeshiva curricula.

Why do we Torah Jews need this now? First of all, because while in the past, as Rav Salomon points out, it came automatically and generically from parent to child, this is tragically no longer the case. Secondly, I would add that with the power of the pen and especially more modern means of communication, we need to fight back against the types of kefirah noted above with the ammunition of the ages. What is this weaponry that is at our ready command? The answer is simply every moment of our true history, every giant of Torah, every holy word ever written.

Once upon a time, as Rabbi Schmelczer alerts us, every child heard countless stories about the ruach hakodesh of this or that gadol. We were taught from the womb to believe in the daas Torah of our gedolim and, when we began our own families, decisions revolved around the Torah advice of those in the continuum of the early generations.

Today, unfortunately, many people, even in the most religious of circles, do not have a rov or rebbe and eventually fall into the confusion of the heretics and ignorant writers quoted above. Even in what we might have thought were communities immune to these problems, we have seen frightening losses in recent years. They, too, need this refreshing of the wellsprings of mesorah and emunah. I have often found in speaking with some of these “dropouts” from fine frum families that often, their questions went unanswered and their understanding of basic Torah hashkafah was nonexistent, resulting in a practice of Yiddishkeit that was superficial and depthless. Ironically, often, people who are spiritually ignited at a two-hour Havdalah with music and dancing go on to take courses in Jewish thought and hashkafah, while graduates of the best yeshivos from wonderful homes drift ignorantly and uninspired into the treacherous clutches of deceit depicted above.

Although Rav Salomon and Rabbi Schmelczer give us a detailed curriculum and plan for revitalizing our emunah studies and teachings, I would like to add a few thoughts here as well.

The Steipler Gaon in his Sefer Chayei Olam proves that each and every Tanna and Amora was able to be mechayeh meisim (revive the dead) at will (see Megillah 7b). It is clear from the context that he felt it was crucial that one studying the words of Chazal must stand in awe of their spiritual stature. Perhaps even more importantly, we must once again stress to our children, talmidim and talmidos that the gedolei Yisrael in every generation are baalei ruach hakodesh – invested with the divine spirit – and are therefore to be as respected as much as the tzaddikim of earlier generations. The Chazon Ish testified that all of the writings of the Chasam Sofer were written with ruach hakodesh (Otzros Hasofer, page 126), and indeed his brother-in-law, the Steipler, in his introduction to Chayei Olam, exhorted that “whenever we find people in Klal Yisroel wandering into heresy and disbelief, it has always begun when they disrespected talmidei chachomim and gedolei Yisroel. From there they went further and further down the slippery slope.”

While there was once a time when these thoughts were not necessary to articulate and repeat, today we have become either embarrassed or afraid to speak of them at all. Once upon a time, every child knew the Gemara (Bava Basra 12a) that says that since the destruction of the Bais Hamikdosh, nevuah, prophesy, has been transferred to the chachomim, the Torah sages. The Ramban there adds that the sages “know the truth through their internal ruach hakodesh.”

Rav Eizik Sher used to stress that Chazal long ago (Brachos 6a, Shabbos 119b, Sanhedrin 93b, Tanna Devei Eliyahu Rabbah 4) taught that whoever learns Torah has the holy Shechinah with him and receives divine wisdom (Mishlei 2:6).

Now, just weeks after the Agudah Convention, we must remind ourselves and our charges of the words of Rav Eliyahu Eliezer Dessler (Michtav Eliyahu 1:75) that “just watching the gedolei Yisroel deliberate, we saw ruach hakodesh in their midst and we could clearly see the havdalah between them and ordinary meetings of experts and scholars.” We must proudly reiterate to our own camp that this is equally true of the gedolim of every generation (Rav Tzadok, Machshevos Charutz 17).

We have looked into the window of Open Orthodoxy and it’s not pretty. Let’s close it and open another into our own aggados, the hashkafah teachings of Chazal, sifrei mussar, machashavah and Chassidus. At this point, let’s not let our egos get in the way, thinking that we don’t need it. The enemy is more resourceful, determined and energetic than ever. The truth is on our side. Let’s use it.