Why Haman Turned into a Believer 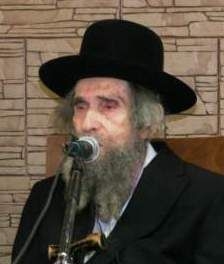 What is the root of belief or disbelief? Why are some people drawn to Torah and others to heresy? The Purim story provides a powerful answer to these questions. Although Chazal established both Chanuka and Purim as days of praise and thanks for Hashem's miracles, there is a difference between them. Unlike Chanuka whose candle-lighting is purely a mitzvah between man and Hashem, Purim also includes the mitzvos of mishlo'ach manos and matanos la'evyonim, which are between man and his fellow. Why this difference between the two Yom Tovs? Why do we stress the importance of relationships between people on Purim, which seems primarily geared to commemorating Hashem saving us from Haman?

One possible answer is that the Purim story is heavily involved with Haman, the ultimate possessor of despicably bad midos. The Gemara (Berachos 63a) warns us, “If someone sees the sotah in her disgrace, he should keep himself from wine by becoming a nazir.” In similar vein, because Haman was willing to kill a whole people because of pride and hatred, we go the opposite direction and do things to increase the mutual love between Jews, such as distributing gifts and charity.

Alternatively, we can explain that getting rid of bad midos is an essential element in appreciating Hashem’s greatness. The Gemara (Megillah 16a) tells us that after Achashverosh ordered Haman to parade Mordechai in glory throughout the town of Shushan, Haman found Mordechai teaching children the halachos of kemitzah, the laws of the handful of flour burnt on the altar, and told him, “Your handful of flour has come and pushed aside the thousand of kikars of my gold [that I paid to Achashverosh].” Haman openly admitted that he had been brought low through the power of Torah and mitzvos.

This seems surprising. What suddenly turned Haman into a believer? The story of Purim was bederech hateva, through natural means. Surely the wicked Haman could have rationalized that Mordechai’s glory resulted from Achashverosh’s fickle temperament. After all, even we, whom Hashem saves from enemies on an almost daily basis, often fail to realize that Hashem is doing miracles for us through the merit of our Torah, prayer, and mitzvos. Ask someone in the street why something in the news happened and the chances are he’ll produce a pile of materialistic facts and statistics to explain what happened.

Why was Haman any better. Why did the wicked Haman who was so far from belief suddenly became a believer when his plan to eradicate the Jews began to collapse? The reason is that belief is not based on logic, but on midos. If not for bad midos, everyone would see that Hashem directs the world. Often, people are distant from real belief in Hashem because of pride, for a proud person has a strong tendency to believe in nothing but himself. Besides himself, he feels, nothing in the world exists. The verse specifically warns us of this tendency, Be careful lest… your heart become haughty and you forget Hashem your G-d, etc. (Devorim 8:11, 14).

Speaking of this evil trait Chazal (Sotah 5a) say, “Whoever has pride, the Holy One says, ‘I and he cannot live [together] in the world.’”

Haman was one of the greatest baal ga’avahs that ever lived. The Megillah tells us — why did he wanted to kill the whole Jewish people? Because it was contemptible in his eyes to put forth a hand against Mordechai by himself (Megillah 3:6). Haman was too proud to kill one person. Even murder was only worthwhile for him if it he could do it on a grand scale.

So long as Haman enjoyed success, he felt that the whole world belonged to him and couldn’t begin to realize Hashem’s presence. But when he fell to the depths and had to parade Mordechai through town, his eyes opened and he began to understand Who runs the world. Once his shield of pride was pierced, he appreciated that the Jews’ mitzvos were more powerful than all his great wealth.

This is why Chazal tell us to also observe the interpersonal mitzvos of mishlo’ach manos and matanos la’evyonim. From what happened to Haman we learn to overcome our evil midos in order to understand and feel that we are not alone in the world. When we improve our midos, the gateway to emunah opens wide.

According to what we have said, thanking and praising Hashem and observing the interpersonal mitzvos of Purim have exactly the same goal. Only by rising above ourselves and eliminating our bad midos can we truly understand that Hashem runs the world and sincerely praise Him for His miracles. Otherwise, pride and arrogance will blind us to the truth.

All we have said is hinted in the verse of Mishlei (14:21): He who has contempt for his fellow sins, and happy is he who does good to humble people (Mishlei 14:21). Because of his bad midos, Haman felt it contemptible to only kill Mordechai and he planned to commit the ultimate sin of eradicating the Jewish people. In contrast, happy is the person of fine character who does good to humble people.