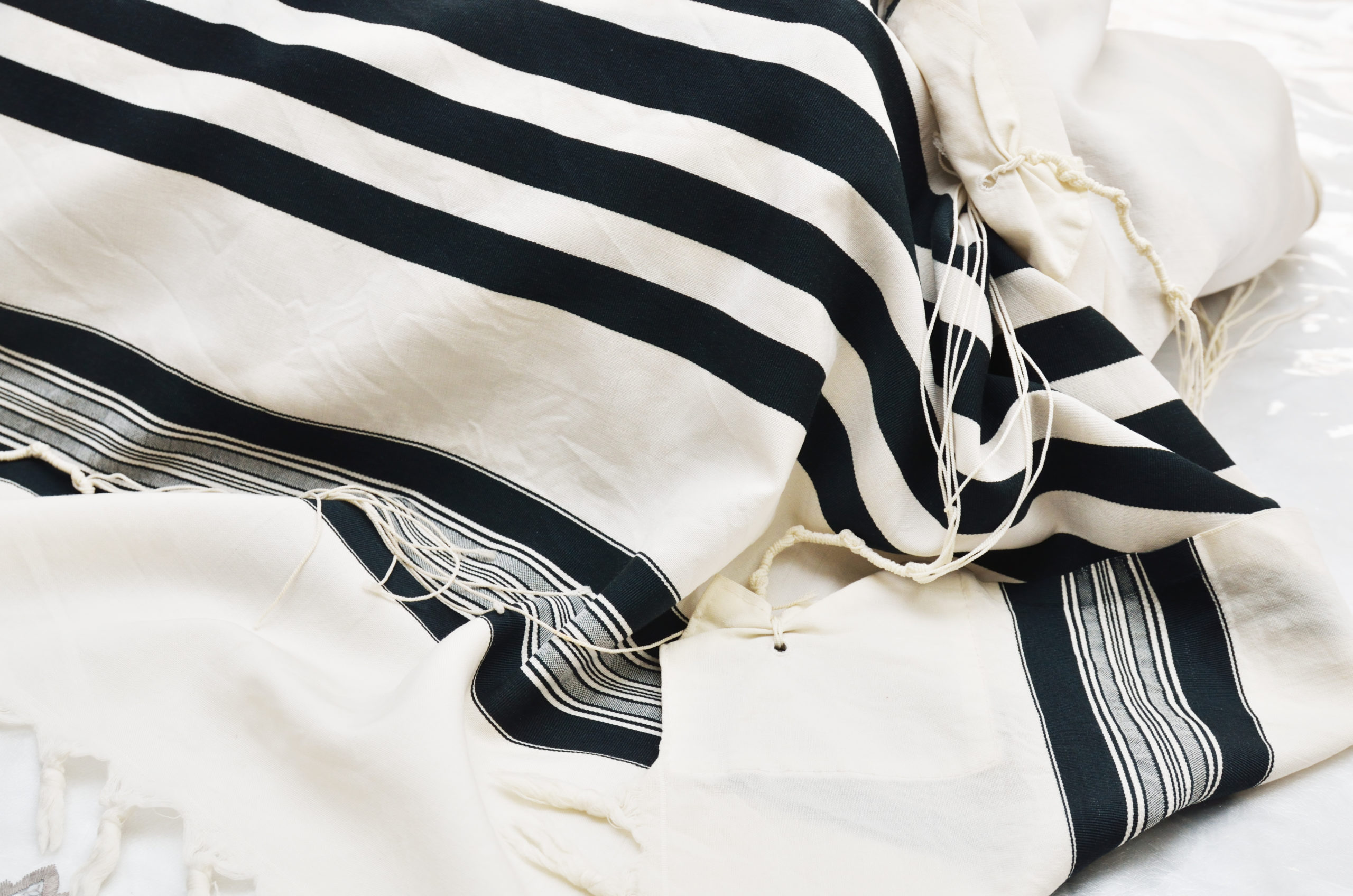 There is a widespread minhag amongst Ashkenazim that men postpone the wearing of the tallis gadol until after marriage. The Tashbetz (koton, ois 464) and the Maharil (minhagim, Hilchos Nisuin) bring a remez for this custom from Parshas Ki Seitzei, as the posuk of “Gedilim ta’aseh lecha,” which refers to tzitzis, is immediately followed by the posuk of “ki yikach ish isha,” which references marriage. Furthermore, the Magein Avrohom (Orach Chaim, siman 8:3) brings a source for this minhag from the following Gemara (Kiddushin 29b): Rav Chisda told Rav Huna about Rav Hamnuna’s stature as an adam gadol. Rav Huna requested to meet Rav Hamnuna at the next opportunity. When Rav Hamnuna next came, Rav Huna met Rav Hamnuna and noticed that he was not wearing a sudra. Rav Huna asked Rav Hamnuna, “Why aren’t you wearing a sudra?” Rav Hamnuna replied, “Because I am not married.” The Magein Avrohom maintains that the wearing of the sudra after marriage means that Rav Hamnuna refrained from wearing a tallis gadol while a bochur.

Rav Yaakov Emden (Mor Uktzia, Orach Chayim, siman 8), however, suggests that perhaps the Gemara means that Rav Hamnuna refrained from wearing a garment of kavod while still a bochur, but did not refrain from wearing a tallis shel mitzvah. According to the Yaavetz, the Gemara would not be a source for the minhag of waiting to wear a tallis gadol until after marriage. This understanding of the Gemara is suggested by the Be’er Heiteiv (Orach Chaim, sof siman 17), as well.

In addition to the discussion as to the source for the minhag, the Acharonim discuss the halachic ramifications of this custom, as well. The Shiyarei Knesses Hagedolah (Orach Chaim, siman 8, hagahos haTur, ois 2, brought by Mishnah Berurah, siman 17:10) asks: How can the wearing of the tallis be delayed until after marriage when this results in the bittul mitzvas asei of tzitzis?

Shu”t Tzitz Eliezer (cheilek 20, siman 8) suggests that, in fact, the minhag does not result in a bittul mitzvas asei. Although the minhag is to refrain from wearing a tallis before marriage, this specifically refers to the tallis gadol. The tallis koton, however, is worn prior to marriage, as well, and is a fulfillment of the mitzvas asei of tzitzis. He brings evidence to this discrepancy from the Maharil, who writes, “Ein misatfin bitzitzis ad shenosin lohem noshim.” The lashon of ituf refers specifically to the tallis gadol, which requires ittuf, and not to the tallis koton, which is worn. He writes that the Ya’avetz (Mor Uktzia) concurs with this chiluk.

However, the Tzitz Eliezer points out that according to this resolution, the Maharil’s asmachta from Parshas Ki Seitzei, where “gedilim ta’aseh lecha” and “ki yikach ish isha” are juxtaposed in the pesukim, requires explanation. According to the above, “gedilim,” or tzitzis, are indeed worn prior to marriage and not specifically after marriage, as only the tallis gadol is not worn until after marriage.

The Klausenberger Rebbe, in Shu”t Divrei Yatziv (Orach Chaim, siman 44), raises the question of why, indeed, the minhag restricts bochurim from wearing a tallis, and only married men have the chiyuv to wear a tallis. He offers three possible reasons.

Firstly, the Klausenberger Rebbe suggests that since mitzvas tzitzis is merameiz to all taryag mitzvos, as reflected in the posuk of “Uzechartem es kol mitzvos Hashem va’asisem osam” (Bamidbar 15:39), as the tzitzis allude to all the mitzvos (see Rashi, as well as Tosafos to Brachos 18a), the wearer of a tallis presents himself as a person who observes all taryag mitzvos. Since an unmarried person has certainly not fulfilled the mitzvah of peru urevu, and Chazal tell us that his Torah and other aspects of avodas Hashem are lacking without a wife, the minhag does not allow him to wear a tallis until he gets married as a remez that marriage is necessary to achieve taryag mitzvos.

Secondly, Chazal (see Menachos 44a) emphasize that the mitzvah of tzitzis is to protect a person from being oiver on “Lo sosuru acharei levavchem ve’acharei eineichem,” and Rav Huna (Kiddushin 29b) states that a person who reaches age twenty while unmarried is “kol yomov b’aveirah,” the minhag does not allow him to completely fulfill mitzvas tzitzis until he does his part to avoid aveirah by means of marriage.

The third explanation given by the Klausenberger Rebbe is that the Gemara (Menachos 43b) tells us that someone who performs mitzvas tzitzis with zerizus merits to be mekabeil pnei Shechinah. Marriage, as well, has this unique quality, as Rav Akiva famously teaches (Sotah 17a), “Ish v’isha zachu, Shechinah beineihem.” Therefore, the minhag restricts an unmarried person from fulfilling tzitzis in its entirety and thereby meriting Shechinah, to allude to the bochur that proper achievement of Shechinah in a person’s life can only be attained through marriage, as stated in Chazal. (See also Bnei Yissoschor, Tishrei, 13:2, in haga’ah, for an explanation al pi sod.)

Tisha B’Av is a day of sadness for the Jewish people, the day of mourning for the many tragedies that befell our people throughout

Monkeys, Sharks and the Descent of Man

I have had the privilege of writing often in these pages of the glories of the animal world. In fact, my ArtScroll book, Blueprints, features

I remember the first time I visited the menahel, Reb Uri Mandelbaum (please forgive my use of “Reb” instead of the proper title “Rav,”

Three Days of War There was a war in the south this week, which ended on Sunday night. Unlike in previous military campaigns, which