Where It’s All Family 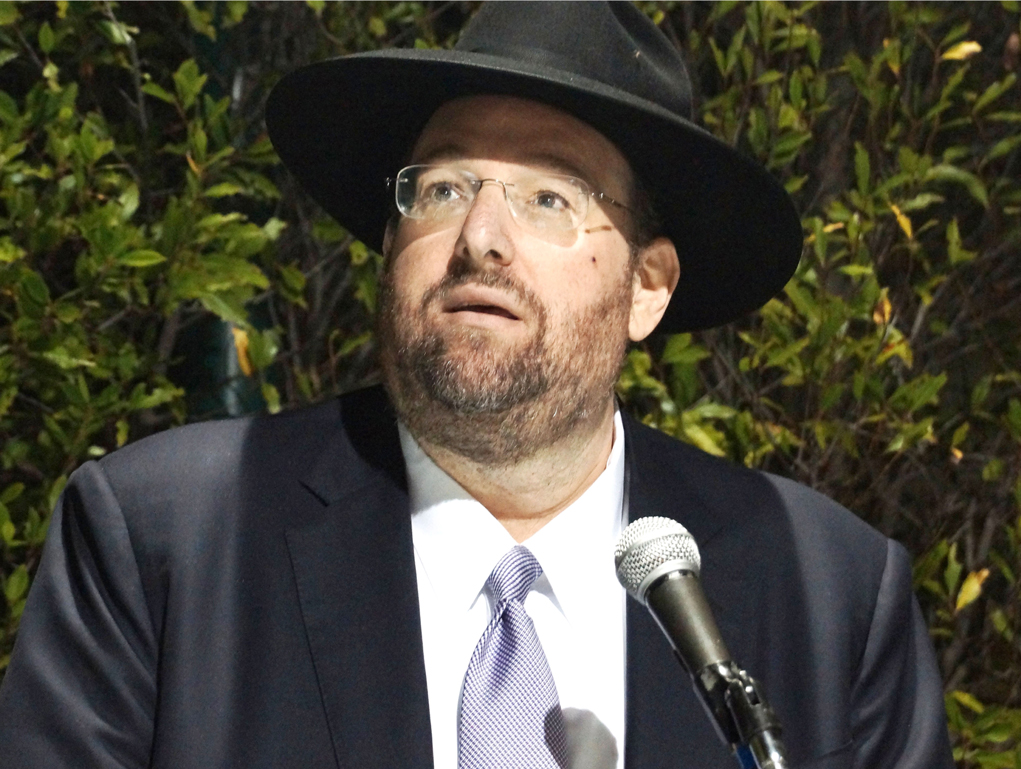 As we sit here tonight, do we even realize the hashara of two full centuries?

All of us are a cheilek of this dynasty.

To put it into an interesting perspective, consider this. While it is hard to imagine the complexity of the shiurim heard in the Mir of old, it had to be somewhat different from today’s shiurim.

Obviously, they didn’t have the zechus to hear a shiur from Rav Asher Arieli, but if you really go back to the early days of Mir Yeshiva, it’s hard to imagine:

They weren’t able to be me’ayein in a tzorich iyun gadol of Rav Akiva Eiger.

They didn’t delve into the lomdus of the Ketzos, the Shev Shmaatsa, the Avnei Miluim, the Bais Halevi, the Brisker Rov, or Rav Boruch Ber.

Letzaareinu, as generations pass, our knowledge and understanding of Torah becomes less. We are all too familiar with the metzius of niskatnu hadoros.

Shtell zich fohr, who were the people sitting behind those shtenders in the Mirrer Yeshiva?

Can we even grasp the level of their learning?

And a machlokes shelo l’sheim Shomayim?

And the obvious question is: Why would you want a machlokes to continue? What’s the maalah that the machlokes that is l’sheim Shomayim is sofah lehiskayeim? Don’t we want to get rid of machlokes? Doesn’t a machlokes cause sinah? Doesn’t it destroy families? Wasn’t it machlokes that caused the churban Bais Hamikdosh?

The answer may be as follows. A machlokes shelo l’sheim Shomayim has to do with the people who are arguing, whether it’s their kavod, their pride, or their ego. The machlokes stems from their complaints or their gripes. Therefore, when these people pass on, the machlokes passes on with them, like by Korach.

Mah sh’ein kein a machlokes that has nothing to do with the actual people who are arguing, but is rather nolad mei’eilav, that’s a machlokes related to the guf hadovor, having only to do with finding the ultimate meaning or the true halacha. That sort of machlokes will sustain.

The very striking and powerful reality is that the Mirrer Yeshiva, in 200 years, has never had a machlokes.

Yet, were you to walk into any bais medrash of the Mir, past or present, in Poland or Ukraine, in Lita or Kobe, in Shanghai, Brachfeld or Yerushalayim on Rechov Bais Yisroel, you’ll find that there has been one long never-ending series of machlokesim.

In fact, the Mir is full of machlokes.

But those machlokesim have never been about individuals, egos, or pride.

They’ve been about discovering the absolute, unmitigated truth of the Torah.

Hillel and Shamai weren’t arguing about themselves or their people.

In fact, as the Gemara says, the children of Hillel and Shamai married into each other’s families.

And that’s why their form of machlokes keeps going. That’s why it’s sofah lehiskayeim.

The Mir carries on that legacy of Hillel and Shamai. Its walls reverberate with the passion and fervor of machlokes like no other place in the world. No yeshiva has so many machlokesim taking place every day.

At the same time, Mirrer Yeshiva has been blessed to be free of any and all machlokes that is not l’sheim Shomayim. Bameh he’erachta yomeinu, you ask? Because as long as our machlokesim are of the right type, we were, we are, and we always will be sofah lehiskayeim. There is no outside force that can ever make us disappear.

How many times did people approach the rosh yeshiva, Rav Nosson Tzvi Finkel zt”l, over the years to take a side, to make a macha’ah, to issue a condemnation, and the rosh yeshiva said with a smile, “If I had time for another machlokes, you’d be the first person I’d help, but I am poshut overextended. I’m dealing with too many machlokesim at one time.”

If you look at the last few pesukim in the krias haTorah of Vayakhel-Pekudei that we lained yesterday, you’ll find that it says, “V’im lo yei’aleh he’anan v’lo yisu ad yom hei’aloso – If the cloud did not rise up, the Yidden did not set out until the day that it rose.”

Rav Chaim Shmulevitz zt”l, unzere free’erdiker rosh hayeshiva, offers a moshol on these words and the words of “al pi Hashem yisu v’al pi Hashem yachanu.” His analogy is of a child being carried by his mother in a strap around her waist. All day the mother is busy, going from the supermarket to the dry cleaners, doing carpool, maybe talking on her cell phone and just nearly avoiding an accident. At dinner, when her husband comes home, she can’t wait to tell him in detail the crazy busy day she had. But if the child would be able to speak, he would tell you that the day was actually pretty boring. He didn’t go anywhere. As far as he’s concerned, he never left his mother. That’s how the day started and that’s how it ended. In his mother’s caring arms.

And if I can take it a bit further to the Mir and to Rav Chaim’s own life: The Mir traveled to Poland, Lita, Japan, Shanghai and elsewhere. Why didn’t they just go home as soon as the war broke out? Why didn’t they run back to their parents?

The terutz is that they didn’t go anywhere. Yes, there were forged passports and they had to rely on goyim whom they didn’t trust. There was no time to think. The bombs were raining, and there were never-ending hoards of soldiers marching, or at least that’s what their eyes saw and their ears heard, but, in truth, there was no Poland, no Lita, no Russia, no Japan, and no Shanghai. The yeshiva bochurim of the Mir were always inside the daled amos shel halacha. That’s where they stayed together, and they never went anywhere else.

And had you asked them: Where were you for the last decade? Where did you hide when every minute of every day you were in such a real and unprecedented shaas of sakana? They would have simply answered that they were always in the same place. Boruch Hashem, they didn’t have to go anywhere.

That era, that period of time, was indisputably the best shiur ever given by Rav Chaim Shmulevitz. That became our mesorah.

In early 1991, Saddam Hussein posed a serious, deadly threat to Israel. He had threatened over and over again to fire scud missiles into Israel should the United States invade Iraq. No bochur even had a hava amina of leaving the country. On January 15, 1991, the first scud missile attack was unleashed against the people of Israel. Thousands, upon hearing the sirens, rushed into their sealed rooms and put on gas masks.

The talmidim of the Mir also ran into their sealed rooms and began the final taping of the windows and doors as they had been instructed. The fear of the unknown gave rise to a palpable tension. A few of the young men took charge and helped others. A quick check of the hallways ensured that all the talmidim were in sealed rooms. The doors were closed and the final taping was done. The radio announcer was giving instructions as to what should happen next. It had been three minutes since the alarm had gone off and the fear of the impending possible chemical or biological attack was taking its toll on several of the young men. Some were saying Tehillim, while others were too overwhelmed to do anything.

Awaiting the crashing sounds of bombs and explosions, the boys were alarmed by harsh knocking on the door. One bochur shouted through his mask, clearly agitated and nervous, “Who is it?!” He thought to himself, “Why couldn’t this person have made it into the room in time? Now we’ll have to undo all the tape to open the door!”

The reply was soft, almost apologetic. The bochur wondered if it was some sort of a cruel joke. Someone was impersonating the rosh yeshiva! This was not a time for practical jokes.

The bochur asked, “What did you say your name was?” and began peeling away the tape from the door.

“Rebbi, why did you come? How did you get here?”

Rav Nosson Tzvi said, “I had arranged beforehand with a taxi driver to come pick me up in my home the moment that the first alarm went off. I just wanted to be with my boys.”

The room was now silent. The talmidim all gazed at their rosh yeshiva in amazement and awe. For a healthy man to do what he did would have been courageous and brave, but for someone in the rosh yeshiva’s frail condition at the time to come was both mind-boggling and incredibly inspiring.

The only thing on his mind was his talmidim, bonai chavivai.

That’s where he had to be.

He had to be with them in the daled amos shel halacha.

They had to be together in their Ananei Hakavod.

I didn’t have the zechus to be in that particular room, but I can assure you that the conversation wasn’t about Iraq, scud missiles, or the power of the Israeli army. I can see Rav Nosson Tzvi breaking a smile and starting to talk in learning. It probably didn’t take very long for the bochurim to join the discussion, and without even realizing it, suddenly, there were no scuds, there was no war, and they were no longer in danger.

And even as the yeshiva has grown, it has always maintained that special feeling.

That feeling of family.

Mir is not a yeshiva. It’s a mishpacha.

Not long ago, someone was attempting to compliment the Mirrer Yeshiva to me. “It’s an unbelievable yeshiva,” he said. “It’s the only yeshiva where there’s no nepotism. The shtellers go to the people who are most ra’uy, not just to the family.”

Indeed, as you look up and down the dais over here, you’ll see that so many of these marbitzei Torah are not family members.

I responded to this person by pointing out his error.

I said: If you ever learned in the Mir, you wouldn’t have made note of that. Your whole understanding of Mirrer Yeshiva is skewed. These maggidei shiur are family!

It’s a mishpacha whose illustrious history we are here tonight to celebrate.