What Do We Do With The Dew 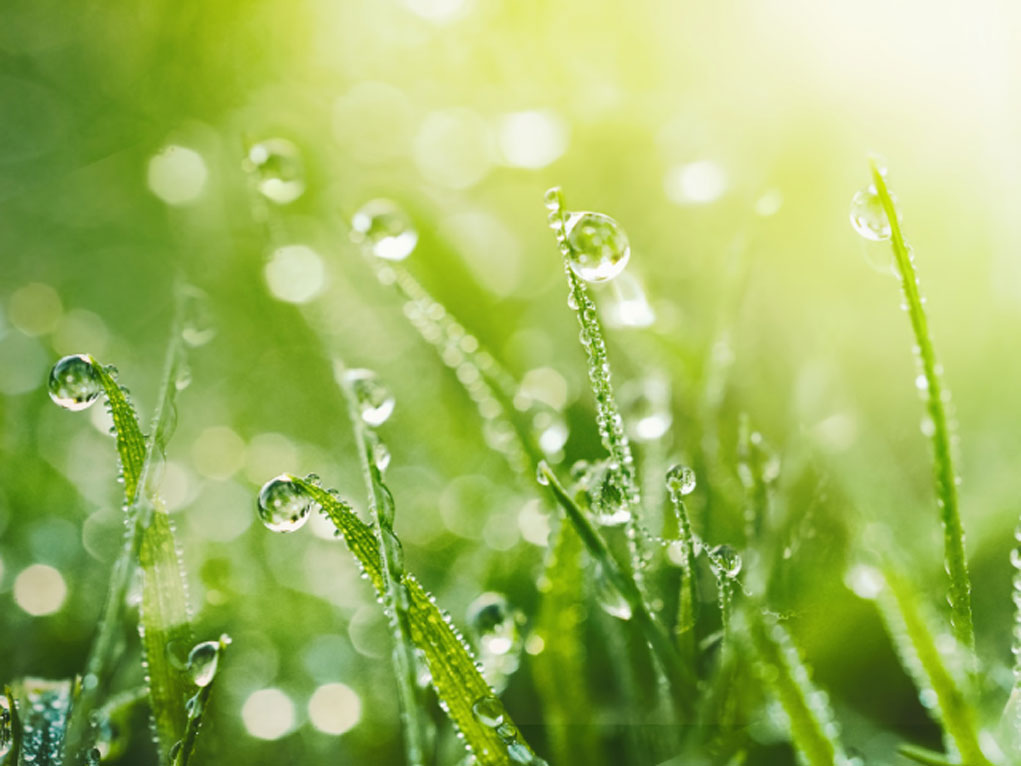 We tend to speak of the dew around Pesach when we bentch Tal. However, we just began reciting vesein tal umotor, so it behooves us to understand the significance of dew in our lives. We once discussed this subject, but we will revisit the issue in the spirit of ain bais hamedrash bli chiddush – there are always new ideas and approaches in the Torah. Actually, everyone knows the purpose and importance of rain. Most of Maseches Taanis revolves around its importance and what to do if the rain is late or, G-d forbid, doesn’t come at all. However, although there is some discussion of dew in that Gemara, it doesn’t seem to have practicality today or to be important in our lives. Yet, Chazal (Taanis 3a) tell us that while the rain is sometimes withheld, tal is so crucial that it is never withheld. What exactly is the nature of this intriguing substance?

First of all, to put the importance of tal into perspective, we must remember that it has already been used to revive the dead (Shabbos 88b; Yerushalmi, Brachos 38a) and will iy”H be the vehicle through which the national techiyas hameisim will come about (Pirkei D’Rebbi Eliezer, chapter 34). Thus, there is clearly more to this mysterious gift than condensed moisture, as the dictionary defines dew. Chazal (Taanis 4a) teach that Klal Yisroel asked improperly that Hashem should relate to us like rain. But Hashem responded that he would be like the dew toward us.

But what exactly does that mean?

The Medrash (Yalkut Shimoni, Hoshea 533; Micha 553) explains that Hashem was giving us a gift that we did not understand at first. It was a present that never goes sour and never causes harm. As Shlomo Hamelech says (Koheles 5:12), money often destroys a person instead of bringing him the blessings he wants so desperately. Tal, however, delivers a special beneficence from which everyone can always benefit.

The Sochatchover Rebbe (Sheim M’Shmuel, Lech Lecha, page 86) points out that rain is a present from above and therefore sometimes destroys instead of providing the powers of growth. However, dew merely brings forth the greatness that was already within the plant, flower, fruit, vegetable or grain. Therefore, it can cause no harm, since it only awakens that which is already here. There is no extraneous matter that might be foreign to its host or would be rejected as an intruder. Hashem placed this amazing tool for greatness at our disposal. It is up to us to be true to ourselves and to our limitless potential.

Let us explore this concept through the eyes of Chazal. The Gemara (Bava Metzia 38a) teaches that “a person would rather have one measure [which he has planted himself] rather than nine measures from someone else’s [field].” This has been explained (Aryeh Sha’ag to Pirkei Avos, page 368) in light of the famous statement, “Who is rich? He who is happy with his lot” (Pirkei Avos 4:1). This is usually understood as a teaching about accepting one’s material limitations and being satisfied with them. However, Rav Aryeh Leib Halberstam understands this to also mean that each of us have a unique potential to accomplish singular things in Torah and mitzvos during our lifetimes. The special pleasure arrives when we accomplish those goals that could only have happened through our efforts and abilities.

In truth, this is what we daven for when we ask, “Please give us our cheilek – unique part – in Your Torah.” After the sin of Adam Harishon, everything came to him with difficulty. Whereas for the first two hours of his existence, he was given everything without the slightest strain (Sanhedrin 38b), thereafter he had to work hard for whatever he wanted and needed. However, the silver lining of this major curse was that he would gain great satisfaction from his labors. This is true for the spiritual as well as the physical part of our lives. The Gemara (Shabbos 83) reveals that no one gains what he can from the Torah unless he virtually kills himself for it. If, however, he does so, the Torah becomes his own and he gains limitless ethereal pleasure, which cannot even be imagined by those who fail to do so. The Alter of Slabodka (Ohr Hatzafun, quoted in Chochmas Hamatzpun, Va’eira, page 257) makes the beautiful point that Hashem’s application of kindness is vastly greater than His application of punishment. If we think of the curse of working for a living as being draconian, how much more generous and magnanimous is the blessing of creating our own chiddushim in Torah and accomplishments in mitzvos.”

Thus, combining the wisdom of the baalei mussar with that of Chassidus, we can see that tal, the gift of dew, is the incredible ability of each of us to shine at we do. Just as that same Alter of Slabodka saw the uniqueness in each of his talmidim – such as Rav Yaakov Kamenetzky, Rav Aharon Kotler, Rav Yitzchok Hutner, Rav Yaakov Yitzchok Ruderman and many more, zichronam livrocha – so we each have a cheilek in the Torah waiting to be discovered and become our very own.

This gift is not limited to men. Sarah Schneirer was at one point a seamstress in Cracow. However, without her there would no Bais Yaakovs and perhaps, by extension, few kollelim without supportive wives. She found her niche – her very own cheilek and tal – and Klal Yisroel is far the richer for her heroic efforts. This applies to the unsung heroes who built mikvaos, yeshivos, day schools and kehillos where no one else would or could go.

Rav Mordechai Gifter, rosh yeshiva of Yeshivas Telshe, adds an interesting layer to the divine gift of being able to add to those who came before us. He writes (Mili D’igros, page 10) that “although I sometimes discovered that one of my chiddushim had already been published by someone such as the Pnei Yeshoshua or Minchas Chinuch, I added a bit of my own and thus gave myself the great pleasure of ‘one kav of my very own.’”

None of us today need to labor in a vacuum. We are all, in the famed metaphor of the Rishonim, “atop the shoulders of giants,” yet whatever we add is considered our personal contribution to the eternity of Klal Yisroel.

I had the zechus of writing a chapter in the Torah Umesorah published book City By City, which recounts the building of Torah in many communities across the United States by gedolei Yisroel and dedicated baalei batim. My contribution was about my rebbi, Rav Yitzchok Hutner, but each chapter recounted mesirus nefesh and innovation that would have been unimaginable without each of the individuals featured and depicted. This concept may actually be one of the lessons we can take from the Yom Tov of Chanukah, which we just experienced.

We know that the Yevonim decreed that we should “write upon the horns of an ox that we have no cheilek in the G-d of Yisroel. The Maharal (Sefer Ner Mitzvah, Hartman ed., page 40) explains that they were insinuating that we are no better than them. Indeed, they are idol worshippers, but they claimed that so are we, since we made the Eigel. One understanding of this is that they wanted to remove our personal cheilek in Hashem’s world. They did not necessarily want to wipe out Klal Yisroel. As Rav Hutner noted, they didn’t even try to destroy the Bais Hamikdosh, only to defile and lower its sanctity. What they wanted was to eliminate any uniqueness and singularity which Klal Yisroel had. One way to continue the battle with the modern-day Yevonim is to work hard to cherish and develop our own cheilek in the Torah and Klal Yisroel. For some, this comes with chiddushei Torah. For others, it comes with building structures and venues for Torah. But it always involves recognizing the havdalah bein Yisroel l’amim and, especially just after Chanukah, the difference between darkness and light.

May each of us not only find but nourish and expand our spiritual horizons so that we triumph over the Yevonim forever. When we embrace our personal tal, we will be armed to wage the ultimate battle. May both the tal and motor be a brocha for all of Klal Yisroel.