Using The New Shorter Attention Span As A Cure 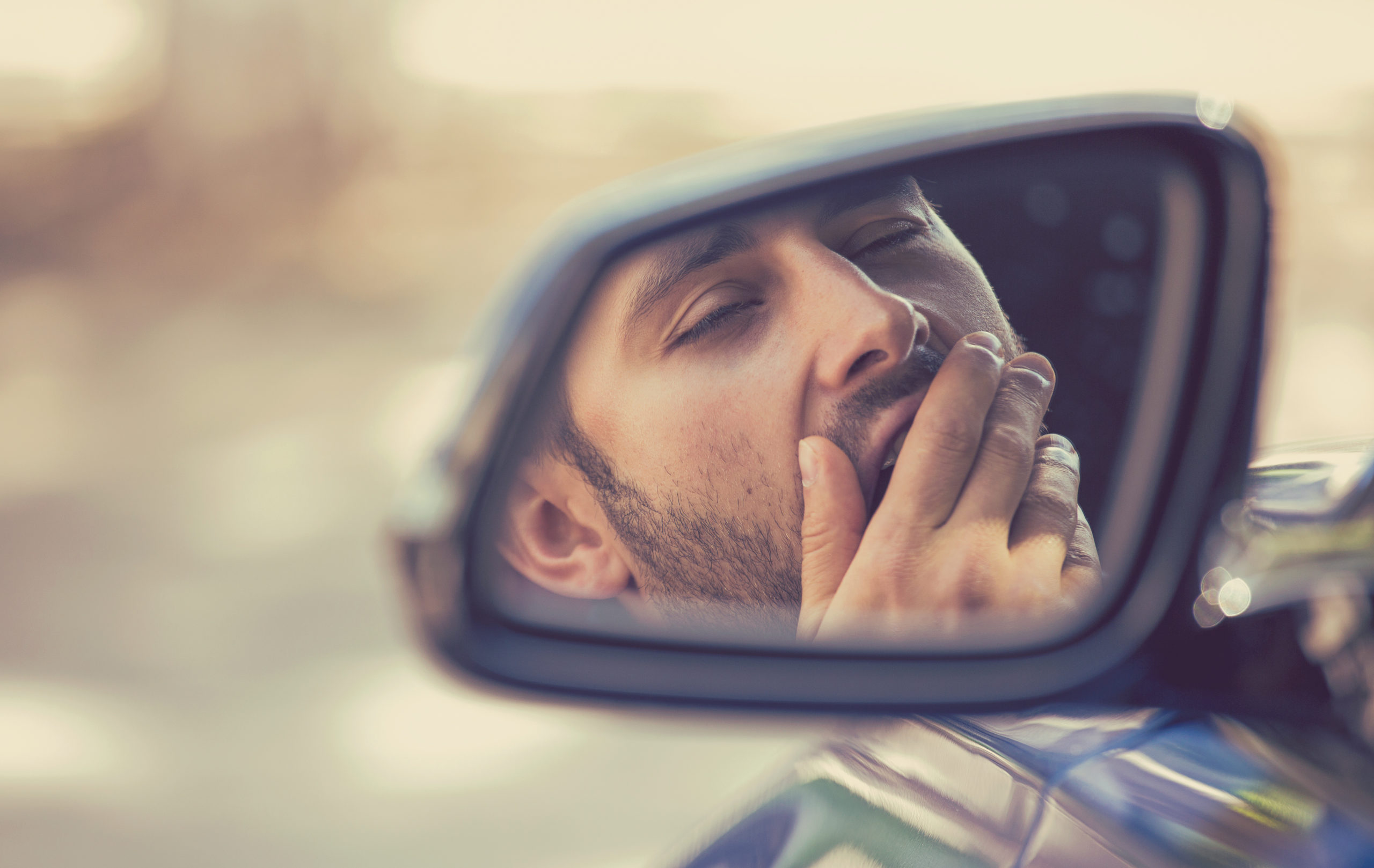 Everyone knows this, but teachers and speakers most of all. Attention spans have been rapidly dwindling. I remember when “Sesame Street” was blamed. Why should students listen to a long-winded boring teacher when images flitting across the screen were so much more interesting? Then the internet made it worse. There is no reason to concentrate for long; soon there will be another, perhaps more interesting, message waiting to be devoured. Today, with quick texts and e-mails, Twitter and similar media available at our fingertips actually limiting how many words and characters we may use, negative attention span has finally triumphed. Less is better, simply nothing is actually best.

Sometimes, when I’m already feeling ancient, I remember the four-hour Chanukah maamorim of my rebbi, Rav Yitzchok Hutner. The Yom Tov presentations were punctuated by niggunim, so maybe we can’t measure the ability to concentrate in those days. But Chanukah there was no singing. The rosh yeshiva sat, eyes closed, no notes, for several hours, never getting distracted, always returning to the original question. Then we sometimes heard a chazarah, which could take even longer. But nothing of this could compare with the Ben Ish Chai’s nine-hour orations on Yom Tov which regaled the good people of Bagdad, who hung on to every word and syllable with patience and rapt attention.

All of this is no more. But I would suggest that the source is not the technology and mental downsizing of our time. Actually, this is part – and perhaps the most visible – of the symptoms of yeridas hadoros, the diminishing of each generation compared to the one that preceded it. Rav Eliyohu Eliezer Dessler (Michtov M’Eliyahu 1:161) famously even compares the sins of the later generations with those that are enumerated in Tanach. He describes the criterion of how our forefathers were judged as “microscopic.” Rav Dessler explains that by this he means that the sins of the early generations were only considered egregious when placed under the most exacting of magnification. In other words, for them it was a sin; for us, it would go completely unnoticed.

Furthermore, the Brisker Rov once taught Rav Elazar Menachem Man Shach – and by extension all of us – that we cannot even compare one generation with the next. In his hesped on the Steipler Gaon, Rav Shach related, “I have grown old and witnessed the previous two generations. I can therefore testify that there is no comparison whatsoever between the two. I also recall that I once mentioned in front of the Brisker Rov that one of the gedolim of our generation is greater than someone from the previous dor. However, the Rov immediately corrected me, saying, ‘G-d forbid. One cannot even make such a comparison’” (Rav Shach, Michtovim Umaamorim 3:167-168; see also Rosh Hashanah 25b with Rashi).

Rav Avrohom Kalmanowitz, rosh yeshiva of the Mirrer Yeshiva, also shared an approach to the comparison of generations that he had heard from the Satmar Rebbe. The Gemara (Eruvin 53a) states that “the hearts of the early generations were like the opening of the Ulam in the Bais Hamikdosh, but the hearts of the later ones were like the opening of the Heichal. Rashi comments that the opening of the ulam was 20 amos, but that of the Heichal only 10. The rebbe asked: Why did Chazal use this odd format to describe the difference in generations, particularly in building measurements? Furthermore, why describe doors and openings? Why not delineate the dimensions of the buildings themselves?

His answer is extremely illuminating. “The Ulam,” he explained, “had no door at all. It could not be closed. It was open day and night. On the other hand, the Heichal had doors. Sometimes they were open, sometimes closed. When we speak of Rishonim, the early generations,” the rebbe continued, “their level was constantly that of Rishonim. They were always open to avodas Hashem and Torah. When they learned or when they ate, when they spoke or when they were silent, their madreigah was called Rishonim. Later generations are not so. Sometimes they are up, sometimes down. Sometimes all that they say is correct, sometimes they are wrong. That is the difference between the Ulam and the Heichal. The early generations were constantly connected to Hashem and His Torah. The later generations are often very great, but there is still a door that is sometimes closed.”

“As history progresses, the knowledge of the world progresses as well. Each generation is at a greater technological level than its predecessor. However, with us, every generation has been diminishing in greatness: Nevi’im, Zekeinim, Tannaim, Amoraim, Gaonim, Rishonim, Acharonim. We firmly believe that the early ones were as angels and we are but human. Even more, if we consider those who preceded us as but mere mortals, then we are but donkeys” (see Shabbos 112b).

Perhaps this is what is happening now. Adding to what Rav Shach taught us, it is not just that despite the progression of technology our spiritual lives are plummeting. It is clearly as a result of this very technology, and not just the internet. It is because of technology that hearts and minds are more closed than ever. Almost no one is listening, let alone absorbing and becoming elevated. But there is a deeper story here as well. The Gemara (Bava Basra 58a) tells the story of Rebbi Bana’ah, who entered the Meoras Hamachpeilah. He saw Adam Harishon, and even in death his heels were as radiant as the sun. Sarah Imeinu even in death was so full of splendor that all human beings compared to her looked like monkeys to the visitor.

What, indeed, is the source of each of the declines history has witnessed? Rashi (Bava Metzia 33b) reveals that it was generally because of the massive suffering Klal Yisroel suffered. The one time when there was a temporary relief from the pains of golus, under the Roman King Antoninus, things improved for a short while. Due to the lofty influence of Rabbeinu Hakadosh, the Mishnah was compiled and redacted, uplifting Klal Yisroel considerably. The Rambam (Introduction to Mishnah Torah) also identifies Klal Yisroel’s suffering in exile as the source of wisdom and clarity being diminished.

This may also be why the Medrash (Bereishis Rabbah 45:7) declares that “the fingernail of the fathers is preferable to the stomach of the sons.” While the fingernail would seem to be much less significant than the stomach as a part of the body, if one’s sensitivities have been dulled, then even a major organ of the body is forgotten in the midst of the pain. We are the generation that is sadly seeing the last of the survivors of Churban Europa, known as the Holocaust. The overwhelming majority of us who were not there cannot begin to understand what this tragedy did to us and possibly all of humanity. The misuses of the term Holocaust, Nazi, concentration camps, etc. is an indication of how far we have fallen. Not only do we not appreciate the sacrifices of those who were incarcerated and survived, but we use the terms mentioned above in almost obscene equations, likening relatively minor setbacks to tragedies of a cosmic nature.

Perhaps it is time to realize that we have all been traumatized. Vietnam veterans have finally begun receiving therapy for their PTSD, but the rest of us must realize what we have lost. With two years of Covid now behind us, we have all been changed at least somewhat and it is generally not for the better. It is time to return to the study of mussar, which teaches us how to cope with stress and anxiety. The Orchos Tzdadikim (beginning of Shaar Ha’asiri) tells us that “da’agah (worry) is a trait that is evil…reprehensible and not found at all in those who trust in Hashem and believe in Him. Worry and sorrow are the sickness of the body.” After all the technology at our disposal, we would think that we have less to worry about. However, the net result has been that we have everything to worry about. Earlier generations simply didn’t even always know that was happening in the world. Even when they found out, it was often already over. We, however, hear about everything instantly and are forced to react, a prospect that would have terrified our forebears. In the last few days of concern about Russia and Ukraine, I have heard many people speaking of the war of Gog and Magog known to the world as Armageddon. So much to worry about!

I know that as a rov and speaker, I have tried to diminish the length of my drashos and shiurim in light of the realities of the new attention span, whatever the reason it is now so limited. Perhaps we should all learn to be more economical with our words and even everyday utterances. The silver lining of this ought to be that we should be more able to virtually wipe out lashon hara, rechilus and other improper speech from our vocabularies. After all, if we should be talking less, let’s first get rid of the hurtful part of our vocabularies. Hashem always sends us the refuah before the makkah. Let’s take the pill of shemiras haloshon, even if we don’t listen to speeches much anymore. That, too, can be a great brocha and healing for us all.