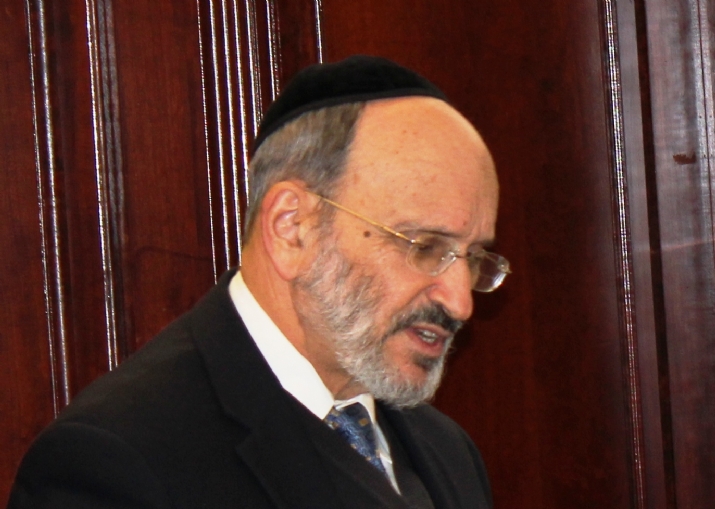 We all share a united goal in our attempt to understand and answer the shidduch crisis affecting the future of so many of our precious children. This past Shabbos afternoon, I was able to grasp an insight that gave me an unusually profound sense of clarity about this crisis that I want to share. On my way to the bais medrash just before Minchah, I was approached by two well-groomed bochurim in their mid-twenties. They introduced themselves as Yaakov and Chaim and had stopped me to ask my advice. Yaakov told me that they were invited to meet with a group of shadchanim in a round robin session where bochurim would spend about ten minutes each with different shadchanim. This way, each shadchan would have an opportunity to get to know every bochur and offer ideas for possible dates.

While they were asking my advice as to whether it was worth their while to go, it was obvious to me that Yaakov was clearly not eager to participate. I sensed that he merely wanted to hear my views about this “round robin” while feeling skeptical about the value of attending. He also let me know that they were being pressured to attend because the shadchanim were having a difficult time recruiting other bochurim to the event.

Sizing up the situation, I realized that I was not going to try and convince two strangers to do something they had no desire to do. Before we parted ways, I learned that Yaakov is twenty-seven and Chaim is twenty-eight and both had clearly dated many young women. I asked Yaakov if he ever dated a girl he felt he could marry.

“No,” he said. “I haven’t yet met anyone I thought was shayich.”

I ended our meeting by giving them both a bracha that Hashem should open their eyes and be able to recognize their true zivugim.

After we parted ways, I was acutely aware that these two young men had probably dated a staggering number of young women, yet Yaakov claimed that he had yet to meet a single young lady who he felt was “shayich.” I asked myself: Just what was it that Yaakov found “not shayich” throughout his years of dating bnos Yisroel? Was it the wrong makeup, the nose, the eyes, her build, her hashkafos, her yichus, or her career?

At the heart of the shidduch process is the reality that Hashem places a neshamah within us that longs to discover our zivug, and every dor since Avrohom Avinu has been aware of this need and longing. When the avos first saw the imahos – Yitzchok saw Rivkah and Yaakov saw Rochel – there was a recognition about each other that went to the core of their neshamos. This ability to recognize the potential for a future life together has pertained throughout the next 3,500 years. Yet, here was Yaakov proclaiming with absolute certainty that throughout his years of dating, there has never been anyone who “fit the bill.” I have come across this phenomenon before, and each time I hear it, I find it difficult to comprehend.

The encounter brought me back to the pain suffered by so many young women and their families in this dor who devote their growing up years preparing themselves to meet their basherte, only to be seen as “not shayich.”

Resuming my walk to the bais medrash,my mind jumped to a memory of another very different encounter I had a few years ago. I had gone to be menachem avel a friend, Reuven Gross. We spoke about his mother a”h, who had just passed away, and I asked him how his parents met. He told me the following story:

“In 1948, my grandfather lived in an out-of-town community with barely a minyan and no real shidduch prospects for my mother, Hennia, or her sister. They were both getting older and my grandfather had no idea what to do. One day, he was in shul and a meshulach from the Mirrer Yeshiva in Brooklyn was passing through. He invited the meshulach to his home. When the meshulach entered the home, he saw the two young women and commented that two young men had just arrived from Europe without families and needed shidduchim. One of these young men was my father, Sender Gross z”l. My grandfather traveled to New York to meet them and invited them to visit. Shortly after, the two bochurim visited the two sisters and there were two weddings. That’s how my father met my mother and my uncle met my aunt.”

Hearing the story of how Reuven’s parents met helped me appreciate how Hashem has brought the lives of our ancestors together over all these centuries.

At the moment, I couldn’t understand why I was associating this memory of Reuven’s parents and the meeting with Yaakov and Chaim. They represented two completely different phenomena and periods in our history. Reuven’s parents met after the Holocaust, as these two refugee boys were released from D.P. camps and were able to make passage and arrive in America without resources, families, or any means of support. I asked myself what it must have been like for Sender Gross to see the young Hennia for the first time. It was clear that the same inner glow that the avos and imahos had been aware of was perceived by Sender and Hennia.

On the other side of our history, Yaakov and Chaim represent our world of today, born and raised during an unprecedented period of affluence and security for Klal Yisroel. They, like so many others, grew up in an environment of material security and entitlement. They were fine frum young men, but it was also clear to me that whatever Sender saw in his future kallah at their very first meeting, Yaakov and Chaim could not have been aware of in a hundred Hennias. Through no fault of their own, they were products of a culture that has numbed our sensitivity to the sublime.

I entered the bais medrash and opened a Gemara to Sanhedrin 22a. To my astonishment, I discovered that I was up to a Chazal comparing the challenge of shidduchim to Krias Yam Suf. It quickly became clear to me why I made the association between Reuven’s parents and Yaakov and Chaim.

The Gemara teaches the association between Krias Yam Suf and shidduchim from Tehillim 68:7: “Hashem settles the solitary into a family. He releases those bound in fetters.” This means that Hashem brings lives together by releasing them from prison and transforming their tears into song. This was initially expressed about Klal Yisroel crossing theYam Suf on their march to freedom from Mitzrayim and bringing them together at Har Sinai. The Gemara uses the same posuk in Tehillim to describe the miracles of shidduchim. Just as Hashem brought us out of the prison of Mitzrayim, so does He deliver us from the prison of aloneness, bringing solitary lives together and changing their tears to song.

Now I understood the connection between the two events. Hashem brought these two refugee boys from the prison of Europe to a strange country, with neither family and support nor any prospects for shidduchim. Yet, with their newfound freedom also came the need to be free of being alone and the determination to discover their basherte. Who among us can imagine the thoughts and feelings between Sender and Hennia as two people aware of their loneliness and mission in life begin to comprehend that a new chapter in their lives may be beginning? This is the second part of the Tehillim, when their tears of loneliness were transformed to song.

Yaakov and Chaim could have easily been Sender, had they been born then. Their prison would have been the geographic boundaries of Europe. However, they were born around 1985 and have become prisoners of today’s golus. They are prototypes of so many like them who I have met who are filled with illusions, wishes and expectations that distract them from the deeper qualities of a bas Yisroel. Their anxieties, fears and perfectionism, and numerous other influences, serve as cataracts that don’t permit them to see the inner beauty of bnos Yisroel – the inner beauty that Sender saw and has been clear to every previous dor in our history.

Yaakov and Chaim represent many different people; some are even young women. And there are many variations of the issues that distract them. The reality is that so many of our children are imprisoned by values and forces that prevent them from seeing what Hennia and Sender recognized in each other and has been recognizable for thousands of years, until this generation. As a Torah community, Hashem has given us the mandate to deliver them from their imprisonment of illusions, anxieties, unrealities and everything else that does not permit them to see each other with eyes that reflect the deeper wisdom of our Yiddishe neshamos, which has always set us apart from the rest of mankind.

The shadchanim who were putting together this round robin session were doing what they knew how to do and they must continue to offer these opportunities. However, these attempts cannot be as successful as they need to be unless we can teach Yaakov and Chaim to view a bas Yisroel in the same manner in which she has been viewed throughout our history. This is a process of personal development that must fit hand in glove into their Torah education. It must begin early and be reinforced at every stage of their growing years. Our task is to first help them out of their imprisonment and transform the pain into song.

Shaya Ostrov, L.C.S.W., is the author of “The Menuchah Principle in Shidduchim, Dating and Marriage” (Judaica Press).