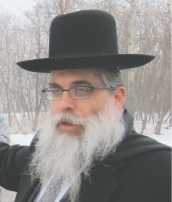 Whenever there is unrest and tension in the world, there is also fear of matters spiraling dangerously out of control. Thus does the Jewish community in Ukraine sit by anxiously as they watch developments unfold in their country which sits at the crossroads of Europe and Asia.

Protests against the current government began at the end of the November and continue with no end in sight. The protestors gather primarily in Kiev’s Independence Square (known as Maidan), where over 200,000 have come together this Sunday to voice their concern with the current government’s policies. When local police arrived to disperse the crowds, the skirmishes got ugly. Videos of protestors being brutally kicked and beaten by police were publicized by the media for all the world to see.

The issue is Ukrainian President Viktor Yanukovych’s decision to join ranks with Russia in economic matters rather than sign an agreement with the European Union, which many had hoped for. Ukraine had always been a nation stuck in the middle – tied to the apron strings of Mother Russia, but at the same time, longing to Westernize. As Sam Kliger, of the American Jewish Committee, states, “Ukraine is now caught between a rock and a hard place. On the one hand, they want to go west and join the European Union. On the other hand, they are pressured by Russia.”

Greg Satell in Forbes writes that it’s all about economics. “Russia looms decidedly large,” he explains, “but Europe is far more attractive. Not because of political concerns, but economic ones. “Ukraine’s economy is weak and its currency is hugely overvalued. While the Russians offer economic relief, the European Union is offering a trade deal that could favor Ukraine’s economy in the long run. In fact, an agreement was supposed to have been signed with Europe, but pressure from Russia proved too overpowering for Yanukovych, who announced that he is postponing signing the deal. This frustrated many Ukrainians who took to the streets with their grievances.

On Sunday, a statue of Vladimir Lenin had been dramatically toppled and smashed to pieces by the protestors. The destruction of the statue came to symbolize the will of the people to destroy the Russian influence on Ukraine. Bits of the statue were handed out to protestors, a souvenir of the historic events that were unfolding.

According to David Stern of BBC News, “The opposition is sticking to its demands for the replacement of the entire ruling structure. But President Yanukovych is not moving an inch either, forging ahead with plans for a strategic partnership with Russia. The government has state power on its side, but the protesters have a no less potent weapon – people power.”

So where does this leave the Jewish community of Ukraine?

Rabbi Yaakov Bleich, Chief Rabbi of Kiev and Ukraine points out that the current administration has certainly been on good terms with the Jewish community. Still, many in the community “Would much rather be aligned with Europe. Russia isn’t trusted. Europe represents the future and the likelihood of less corruption and more transparency.”

According to Rabbi Bleich, there is a sizeable Jewish community in Ukraine today. Between 350,000 and 400,000 Jews live amidst 46 million Ukrainians. The largest community, of about 60-70,000, reside in Kiev. There is a network of organized Jewish services and all of the large cities have Jewish day schools.

Approximately 120,000 elderly Jews in Ukraine are receiving aid from the Joint, the Claims Conference, and other organizations. Kosher food is readily available in community stores and centers, and more recently in large supermarkets.

Today, the Jewish community of Ukraine lives quietly and peacefully. “We are not public enemy number one,” says Rabbi Bleich. “But we have had cases of anti-Semitism over the years.”

Many are worried that if the current tensions continue to escalate, the Jewish community may become the scapegoats. “Now that streets of Ukraine are full of civilians,” says Oleksandr Feldman, president of the Ukrainian Jewish Committee, “the community’s safety is becoming our primary concern.” He calls the protests a “tour de force by various opposition parties, from liberals who support ties with the European Union, to the ultra-nationalist and anti-Russian Svoboda party.”

It’s the Svoboda party that community members are most wary of. “One of the opposition parties is Svoboda,” says Rabbi Bleich, “led by Oleg Tyagnibok. In the past he has made some quite anti-Semitic statements. He is more careful now, however many members of his party openly speak of fascism. They have Fascist and Nazi propaganda on their websites and the party is definitely anti-Semitic.”

For now, the Svoboda party represents just 10% of the Parliament. But with the current crisis brewing, there’s no telling how things will change. Jewish leaders aren’t taking any chances. “We are on high alert,” says Feldman. And Rabbi Bleich adds that more security guards have been hired and people are being cautioned to stay away from the center of the protests.

“At the same time,” he points out, “I should mention that a rather large march passed right by our shul on Shabbos. They actually had their own security guards marching with them to make sure no one does anything out of line. They know that if there will be violence it will discredit their cause.”

Rabbi Bleich tells Yated that Boruch Hashem there doesn’t seem to be any immediate danger to the many mosdos in the area. “The cheder, the schools, the yeshiva and the kollel are functioning normally. We had the normal Chanukah mesibos which were all b”H well attended.” Rabbi Jonathan Markovitch of the Federation of Jewish Communities in Kiev said that members of his community have even been holding menorah lightings amidst the crowd of protestors.

The crisis continues to unfold and there’s no telling how things will turn out. While everyone hopes for a peaceful resolution, neither side seems willing to compromise. Instead, the protestors continue to occupy the Square, shivering in the Ukrainian cold. The President continues to dig in his heels. And the world continues to watch warily.

Says Rabbi Bleich, “We can certainly all use your tefillos that this should end safely and that no one should chas v’sholom suffer.”