Tzedakah Collectors and the â€œEurekaâ€ Moment 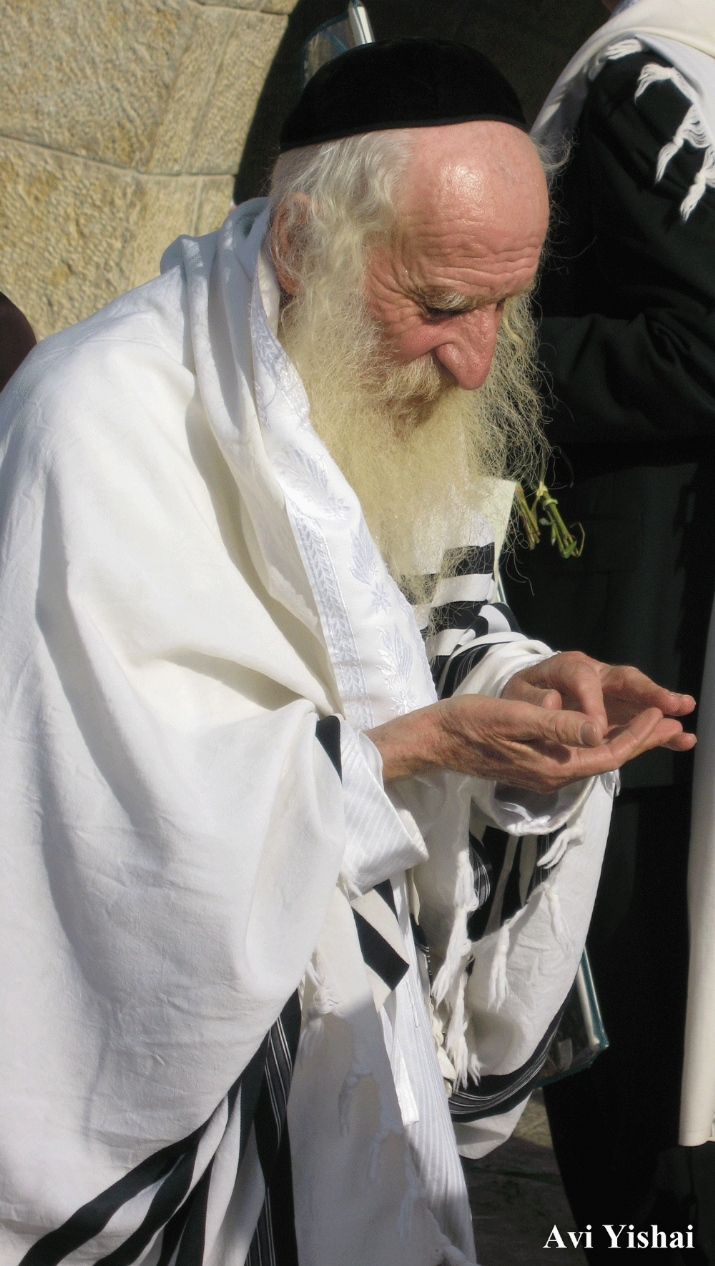 I had a â€œeurekaâ€ moment during Shacharis this morning. It was exciting, because it was a moment of delightful discovery on the heels of an unpleasant thought. Let me explain. Throughout davening today, there seemed to be a never-ending cycle of tzedakah collectors circulating the minyan. First it was a trickle, a group of two. Then, several minutes later, a group of 3, and then a group of 4, and then more. I would not be truthful if I said that I wasn't beginning to get irritated. There is something unsettling about having one's davening so frequently interrupted. And then it hit me. The thought was so beautiful that I felt a smile blooming across my face. I looked quickly to my right and left to make sure those sitting next to me would not think that I had suddenly gone crazy.

What made me smile was the realization that aside from the fact that we were all shomrei mitzvos, not one of the collectors had anything common in dress or in general affiliation with those in the shul. The collectors, based on their dress and a quick glance at the “ishur” (document) from the Tomchei Tzedaka organization attesting to the legitimacy of their cause, were a combination of Yerushalmim from Meah Shearim, Sefardic Jews primarily from depressed industrial cities in Eretz Yisroel, someone from Williamsburg, and someone living in Yehudah and Shomron.

I realized that not one person in the shul that morning had any specific affiliation with even one of those collectors. There was nothing to encourage a person to give because the individual was “one of his,” an “eigene,” one of anshei shlomeinu, or whatever other term you want to use. But give they did. I watched as the men walked from table to table. Yidden, rachmonim bnei rachmonim, repeatedly opened their wallets and gave. And then they gave again. The overwhelming majority of those in shul that morning were not wealthy people. In fact, I would say that most of them were struggling to one extent or another. Nevertheless, they gave and gave, embodying the words of the posuk that enjoins us, “Lo se’ametz es levovcha – You should not harden your heart or close your hand against your destitute brother.”

That “eureka” moment filled me with pride – pride that I merited davening with such a tzibbur; pride in being a member of Am Yisroel, a nation so characterized by the middah of rachmonus; and pride that although many of the people in that room did not identify with or even agree with aspects of the lifestyles of those to whom they were giving, they still realized that we are all brothers, and when one brother is in need, another helps him.

ACHDUS – CARING FOR ANOTHER JEW DESPITE DIFFERENCES

To me, this was a manifestation of true achdus, Jewish unity. Achdus means helping another Jew despite the fact that he doesn’t look like me or share the same exact outlook on things as I do. Achdus means that I love my fellow Jew, and when he is in need, I am willing to give him money, food and other assistance, because he is a brother, despite the fact that we may have differences in outlook.

This brings to mind a story I once heard from Rabbi David Hollander z”l. Rabbi Hollander was a past president of the RCA, a rabbi who was affiliated with Mizrachi for most of his life. During his last years, he would spend Pesach at a local hotel. I was introduced to him by a prominent local rosh yeshiva and we became friends. I would invite him and his wife to my house on Chol Hamoed and we would eat a long leisurely seudah while he would regale us with stories from his 70 years in the rabbinate. I learned a lot from his wisdom and life’s experience. Here is one of his stories that remains etched in my memory.

I knew that Rabbi Hollander had enjoyed relationships with many great rabbinic leaders from across the spectrum. During the course of our conversation, I asked him if he ever met the Satmar Rebbe, Rav Yoel Teitelbaum. He replied, “I, a member of the Mizrachi organization at the time, had a very close relationship with the Satmar Rebbe. The Rebbe didn’t mince words. He told me exactly what he thought about Mizrachi and, in truth, that was one of the things that attracted me to him. I was so impressed with his middas ha’emes and his firm refusal to compromise on his position regardless of the pressure that was brought to bear on him.

“At the time that I got to know the Rebbe, Satmar chassidus was very small, just a handful of Holocaust survivors who had gathered around him. I would often go to speak to him about important issues in the Jewish world. I remember that his gabbai, Reb Yossel Ashkenazi, would often enter the room and tell the Rebbe that people were waiting outside to come in, but the Rebbe would disregard him and continue talking to me. When friends of mine would ask me how I had such a close relationship with a person who was such an anti-Zionist, I would always reply, ‘The Rebbe is a person who is willing to give up everything he has built rather than send a congratulatory letter to the delegates at the Agudah convention because he is ideologically opposed to the Agudah. No amount of money, threats or pressure from anyone can cause him to compromise on his ideals. For such a principled person I have only respect, regardless of whether I agree with all of his positions.’

“But when people affiliated with the Agudah would come seeking his help to pay for a wedding of one of their children or help with medical bills, the Rebbe would give generously – without questions.

“Recently,” continued Rabbi Hollander, “I met a prominent Sefardic businessman who originally came from Morocco. He told me that he arrived in the United States in the mid-1950s as a teenager, a penniless immigrant. His siblings were still in Morocco and he desperately wanted to get them out, but he had no money. To whom did he turn? The Satmar Rebbe. The Rebbe took all of his information and, a few days later, a Satmar chossid arrived where the teenager was staying with the entire sum needed. That person and his siblings, both then and today, were and are far from identifying with the Satmar lifestyle and hashkofoh. Nevertheless, when a Jew needed help, he didn’t hesitate.”

Achdus, however,does not mean that one should accept lower standards of observance or adherence to values that differ from those of one’s own rabbeim or family mesorah. When one doesn’t accept the legitimacy of the rulings of a certain rabbi, rulings that don’t adhere to that same mesorah, it does not constitute a lack of achdus. On the contrary, keeping to principles is what has preserved Yiddishkeit all along. If that rabbi would need a favor, ride, meal, money or anything else, as long as he is considered amisecha, achdus would dictate that you give him and help him as you would a brother, despite disagreeing with him.

“I MUST ASK FOR MECHILAH – NOT FOR WHAT I SAID, BUT FOR SAYING IT IN KAAS”

Rabbi Hollander then related another story: “In the 1950s, when the State of Israel did something against halacha – I do not remember exactly what – the Satmar Rebbe organized a protest in front of the Israeli consulate in New York. In those days, openly protesting against the Israeli government was considered an outrage by virtually all Jews, including the Orthodox. Since my colleagues knew that I had a good relationship with the Rebbe, they asked me to travel to Williamsburg to talk him out of proceeding with the protest. I remember going to him and trying to explain that the protest would have an adverse affect on the fledgling Jewish state and the Jews there. Then, I mistakenly veered away from the words that I had carefully prepared and exclaimed, ‘And Rebbe, they say it will be such a chillul Hashem!’

“As soon as the words ‘chillul Hashem’ left my mouth, the Rebbe’s face changed completely. It became full of fury and anger. ‘This is chillul Hashem?!’ he thundered. ‘And saying that our holy Torah is not a Torah is not a chillul Hashem?!’ he screamed. Then, he became so upset that he stormed out of the room, leaving me all alone in his study. I did not know what to do, so I stayed there and waited. After a while, the Rebbe returned and, turning to me, said, ‘I must ask you mechilah – not for what I said, as every word that I said was the absolute truth. The mechilah that I must ask of you is because I spoke with kaas, because I succumbed to anger.’”

Not bending on one’s dearest values, but at the same time treating each Jew with love, and with respect, is true manifestation of authentic achdus.

So tell me, was I right for smiling after being accosted by collectors in shul this morning?