Truth: The Ultimate Measure of Success 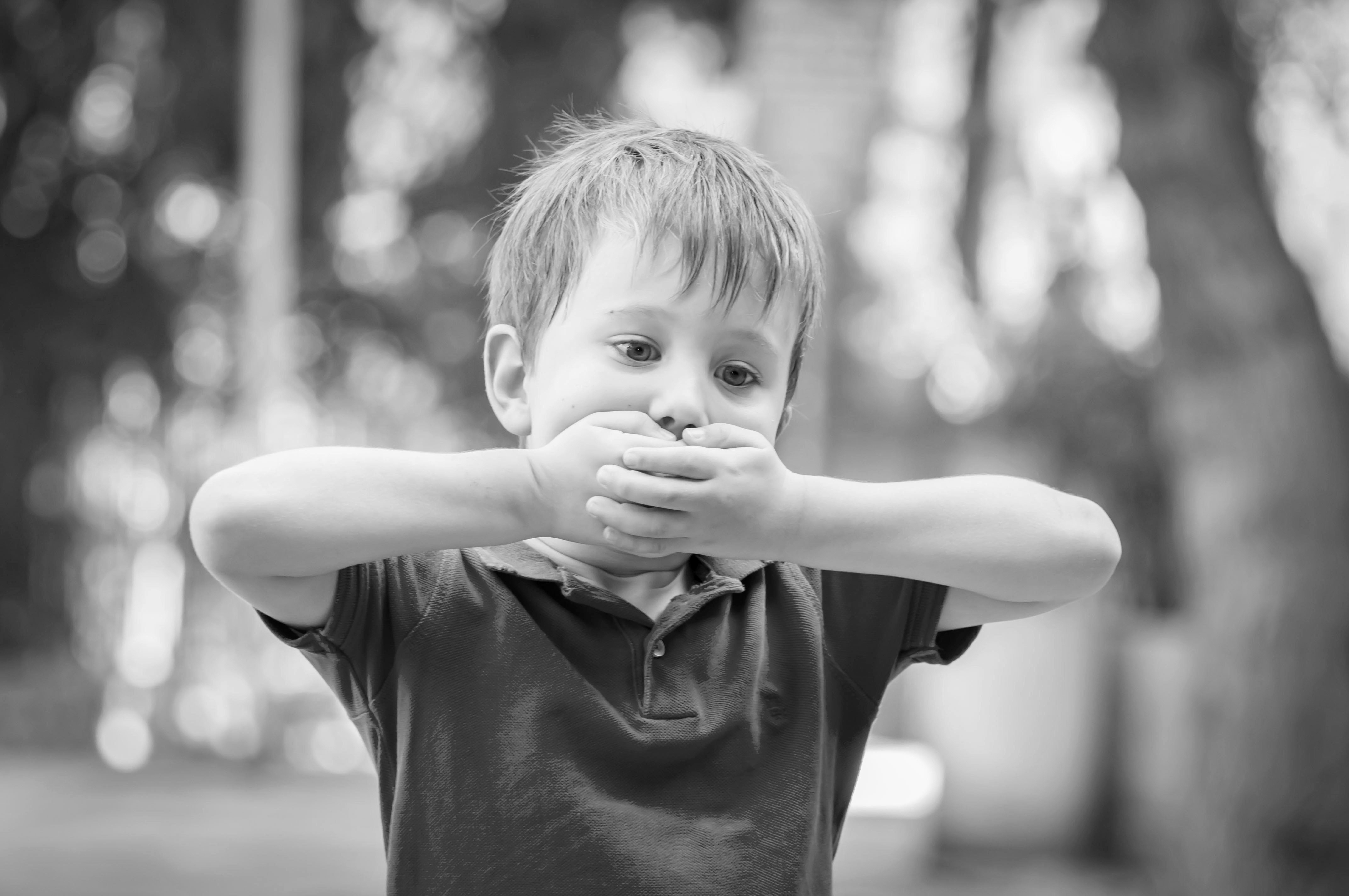 My first language was Yiddish. When I was a child, we listened religiously to the WEVD radio station, one of the few media we had in those days. During one particularly brutal winter, we heard the weather report predict a beautiful day coming, whereupon twenty inches of pre-global warming snow immediately proceeded to fall on our doorstep. When I asked my father how the radio could be so wrong, he answered, “Veil der vetter novi iz a novi sheker – Because the weather prophet is a false prophet.”

Today, with “fake news” and prognosticators who each have their own agenda, there are few objective facts and even less truth coming our way. So-called scientific studies, especially in the social sciences, have come to conclusions before research has even begun, and we are presented with pronouncements on ethics, morality and personal behavior that fly in the face of common sense and centuries of tradition.

One recent example of this phenomenon is the subject of truth itself. The New York Times (Sunday Review, January 7, 2018), in an article breathlessly entitled “Is Your Child Lying to You? That’s Good,” reported that psychologist Kang Lee “likes to tell parents that if they discover their child lying at age 2 or 3, they should celebrate.” Now, to be clear, the New York Times has not (yet) advocated the virtues of falsehood. They are only claiming that those who lie are smarter than those who are truthful. Unable or unwilling to even consider the idea that parents themselves must be truthful to raise honest children, the Times brilliantly suggests that “you can also simply pay kids to be honest.”

Professor Lee has actually quantified the point at which bribery will work to incentivize children. “When honesty was compensated at 1.5 times the value of lying, $3 rather than $2, the scales tipped in favor of truth,” the study claims. “Honesty can be bought, in other words, but at a premium.”

Surely this is a shocking descent from centuries and perhaps millennia when all of mankind valued honesty as a virtue to be emulated and transmitted by action, not dry words or monetary incentive.

Sometimes it is valuable to remind ourselves how different we are – or at least try to be – than our surroundings.

When Leah named her firstborn Reuvein, Chazal (Brachos 7b and Rashi 29:32) explain that she meant to contrast her son’s future generosity of spirit with the churlishness of his uncle, Eisav. Rav Yechezkel Levenstein zt”l (Ohr Yechezkel, Middos, page 11) adds that Leah was teaching us that it is appropriate to keep in mind the nobility of our ancestry and their middos so that we will never fall into the trap of settling for the constant diminishing of society’s mores and standards. Let us therefore call to mind some of the teachings and actions of our sages on the subject of integrity and veracity. Being inspired by their living examples may free us from the unnecessary stratagem of bribing children to be honest.

It is good to begin with the uplifting words of the Zohar Hakadosh (Tikkunei Zohar, No. 63) that Hashem created the world with the trait of truth, it is the foundation of the universe, and it carries all the worlds, above and below. Whenever falsehood is perpetrated, this entire structure begins to falter and be destroyed.

Many of our gedolim risked their lives and certainly livelihood to avoid anything even remotely deceptive. In the year 1877, Rav Yehoshua Leib Diskin was slandered to the Russian government by a spiteful anti-religious Jew. He was thrown into a dungeon-like cell with murderers and anti-Semitic criminals, placing his life in mortal peril. Yet, when a notoriously anti-religious lawyer was appointed to represent him, Rav Yehoshua Leib refused to even look his way, because it is forbidden to gaze at someone wicked. When the lawyer nevertheless suggested a legal ruse to the great gaon that would have exonerated him, Rav Yehoshua Leib refused to utter even one false word. Eventually, the lawyer was so impressed with the rov of Brisk’s incredible integrity that just describing his honesty to the court gained his freedom, and of course brought about a tremendous kiddush Hashem.

The early posek, Rav Avrohom Chaim Shur (see his commentary, Toras Chaim, on Avodah Zarah 17a) tells a story, which was more recently replayed almost verbatim with Rav Menashe Klein zt”l, about the time he was hiding out during a pogrom. Since he had blond hair and blue eyes, the rabbi almost passed for a gentile, but his interrogator was unsure. “Ein Jude?” the burly soldier demanded, “Are you Jewish?” Seeking to avoid an outright lie, even to save his life, the rabbi answered ambiguously, “Kein Jude,” meaning literally “I am not Jewish,” but when said in Hebrew could easily mean “kein, yes, I am Jewish.” Even at a moment of inexorable danger, these rabbis thought of how to phrase a lifesaving and totally permissible lie so that, on some level, it would be the truth.

Rav Yaakov Emden writes (Megillas Sefer) how he learned the importance of truth from his father, the Chacham Tzvi. His father, Rav Tzvi Ashkenazi, would carefully read the titles ascribed to him in the shailos he received. The young Yaakov asked his father, “Why are you so interested in those grandiose appellations? I know you shun arrogance and pride.” His father explained, “You see, my son, when they refer to me by some trait that I don’t actually possess, it inspires me to try to live up to the expectations this person has of me.” That is one way a father can indeed impress upon his son the importance of honesty, even when one has made no claim whatsoever to the implied compliment.

Perhaps the most dramatic example of how earlier generations impressed upon their children the paramount nature of truth may be seen with Rav Pinchos Shapiro of Koritz zt”l, who would always remind his children that truth was the hallmark of a Jew and to what extent one must distance himself from falsehood. One day, he discovered that his son had actually told a lie. It was obvious to everyone in his family that, as the Zohar teaches, his entire world appeared to be shattered to smithereens. In fact, he sat on the floor for seven days, as is the halacha if, G-d forbid, one of his children had given up his faith. Extreme? Perhaps. Yet, that child learned a lesson that not only lasted for his own lifetime, but from which we still derive a sense of the magnitude of tragedy when someone utters a lie.

We know that Yaakov Avinu’s middah was emes (Bereishis Rabbah 70:7; Yalkut Shimoni, Bamidbar 13, No. 743). Rav Tzadok Hakohein of Lublin (Tzidkas Hatzaddik, No. 200) teaches that Yaakov developed the prayer we call Arvis or Maariv because it represents the absolute truth. He was in a situation where he was totally removed from any connection with the powers of this world. He was running away from his homeland, in desperate danger from the machinations of his brother Eisav, and every material possession had been taken from him (Bereishis Rabbah 68b). He had nothing but his walking stick (Bereishis 32:10) and not a ray of light seemed to shine upon him. Yet, his faith in Hashem was so secure that it was under these circumstances that he created a permanent bond for all generations in the dark of night. That is emes. Maariv represents the ultimate truth that we are one with Hashem, even when do not see how things can possibly turn out well. It is Emes Ve’emunah (Brachos 12a) that we recite immediately before the night Shemoneh Esrei, because we firmly believe that we will be helped even when there is no apparent light. Yaakov Avinu taught us that our bond with Hashem is not dependent upon circumstances or comfort. It is our eternal connection to truth that guides us and is therefore unshaken by temporal circumstances or ephemeral challenges. That is the Jewish affinity for truth.

An amazing lesson in truth relates to sounds that are not even words. Rav Simcha Zissel, the Alter of Kelm, once visited a sick man whose cries could be heard far from his bed. After the Alter left, the man’s groans subsided almost completely. The great baal mussar was asked by his accompanying talmidim when he had become a baal mofeis, a miracle worker. Rav Simcha Zissel answered simply with a smile, “Nothing of the sort. I merely asked him if his cries reflected his actual pain or if they were exaggerated. I informed him that if so, he was transgressing the prohibition of telling a lie.”

One would imagine that only a man who so thoroughly represented absolute truth was able to persuade a sick man that his wailing was not in consonance with the ideal of truth. But at any rate, we learn from the Alter that truth is not so much a function of improper words as a total state of mind and heart.

No, a child who lies is not smarter than a child who naturally tells the truth. He is merely more adept at functioning in this world. Our job as parents, however, is to train our children for a higher, better world, where Yaakov Avinu’s ideal of emes is the highest measure of success.