A Torah Ode to Summer 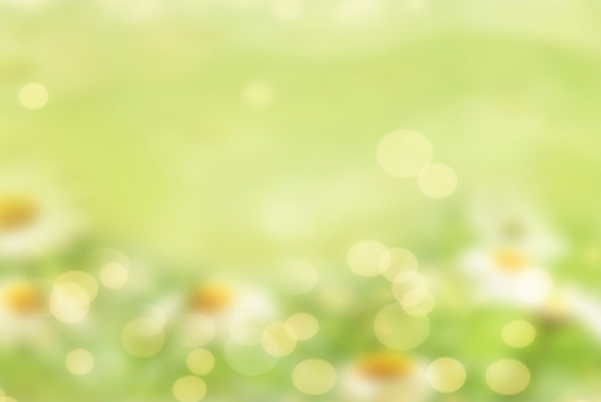 Summer would seem to be our enemy. Rav Chaim Shmulevitz zt”l stood at the door of the bais medrash on the last day of the zeman, his eyes streaming with tears. The thought of several weeks of batalah or even reduced learning moved him to weep, even after Tisha B’Av had come and gone. Even for those no longer in yeshiva and their families, Chazal warn that “shinuy vest techilas choli – a change in regularity leads to illness” (Kesubos 110b), so the excesses of summer vacation can spell danger even without the hazards of perilous adventure.

So why do we so look forward to our summer getaways? Is it just the lure of leisure, the break from the monotony and routines of work?

No, for the Torah Jew, there is a deeper and much holier appeal.

Rav Simcha Elberg, whom I often heard speak passionately and sometimes controversially from the bimah of the 14th Avenue Agudah in Boro Park, was the long-time editor of Hapardes, a popular Torah journal, and the author of several volumes of halachic discussions. However, it was about the power of the summer in the life of a Jew that he waxed the most eloquent. It is worth hearing a bit of the poetry of summer, as described by a talmid chochom not usually given to flights of fancy:

“The days of summer. What magic and charm these words once exuded. With trembling joy and a holy fervor, every Jew awaited this honored guest, this major annual event. The historical Jew looked forward, with profound yearning, to once again experience the clear blue skies by day and the starry heavens at night. His longing to escape one world for another had nothing to do with disdain for the frozen ice of winter. His pining for the whispering forests and shimmering lakes of summer flowed from a mysterious hollowness in his soul to reconnect with the cheilek Eloka mimaal, the holy soul within him, which would be rejuvenated by its reconnection with his Creator… This excitement was neither aesthetic nor scientific, but a purely spiritual experience. The Jewish soul yearned for summer, because he could then feel closer to Hashem… The entire world was for him a giant opportunity to experience the song of the universe, an immersion in constant kiddush Hashem. He was able to listen to even the tiniest blade of grass sing its beautiful song, becoming for a short precious time one with the mountain and sea, the tree and the animals… Every leaf was a chapter of mussar, every tree his rebbi, as he contemplated the magnificent chesed of Hashem’s world. What does a Jew think about as he sits under the shade of a bountiful tree? He remembers that the tree does nothing but constant chesed, generation after generation, as it provides its shade to a weary visitor… For a few short weeks, man experiences and is uplifted by the universal symphony all around him” (Imrei Simcha, pp. 293-295).

With Rabbi Elberg, it is worth our while to listen to the teaching of the Rambam (Hilchos Yesodei Hatorah 2:2 and see also Mesilas Yeshorim 21) that “there is a mitzvah to love and fear the great name of Hashem… How does one go about doing this? When he contemplates the actions and amazing creations of Hashem and realizes what incredible and limitless wisdom they represent, he will immediately be inclined to praise and come to better understand Hashem, suddenly realizing what a tiny and insignificant creature he is.”

Every Thursday, we declare the glories of Hashem’s creation “when we contemplate the various species of fish and birds in the world and are moved to praise their Creator” (Rashi, Rosh Hashanah 31a). When a person seriously considers the wonders of creation, there is no limit to how much he can change and grow. Rebbi Akiva, who began life as an ignoramus, watched in fascination as the dripping water slowly penetrated the stone and realized that he, too, could be penetrated by Torah. The rest is history and the world was changed by the moment (Avos D’Rebbi Nosson 6:2). The power of nature is there. It is but up to us to seize the magic moments of summer for growth and change.

The Mirrer rosh yeshiva, Rav Shmuel Berenbaum zt”l (B’Korei Shemo, Parshas Terumah, page 164) reminds us that “our ability to be influenced by impressive sights depends upon our reflecting upon the infinite potential with which we have been granted. When Hashem showed Moshe Rabbeinu the menorah of fire, He was teaching us that this is no mere lamp with which to illuminate the darkness. The fire ignited in Moshe an appreciation of Klal Yisroel’s and his own greatness and the profound layers of meaning the lighting the menorah represents.” We, too, must take advantage of the revelations and spiritual experiences of summer to grow closer to Hashem.

Chazal (Bereishis Rabbah 16) teach that the earth itself sometimes takes on the cloak of malchus, royalty. Surely, the summer can be such a time, when we reflect upon the grandeur of the Melech Malchei Hamelochim. It is not a bad idea to carry around a copy of Perek Shirah during the summer. Now available in English translation, with wonderful commentaries and even pictures, we can join many creatures in their particular song when we spot them, as revealed by Chazal in this amazing Medrash. Park the rowboat near the edge of the lake and listen to the frogs saying what only sounds like ribbit but is actually the sublime song of Boruch Sheim kevod malchuso l’olam va’ed. Imagine telling your children and grandchildren that the frogs were rewarded with this shirah because of their mesirus nefesh during the makkah of tzefardei’a. If we listen carefully, perhaps we will even catch a bit of the sound of the angel knocking on each blade of grass, commanding it to grow (Bereishis Rabbah 10).

Rabbi Elberg concludes, “If one has a sensitive ear, he will hear the song of the trees davening, as the wind rustles through their swaying leaves” (page 300). As Chazal (Chulin 60a) reveal, the grasses themselves used a kal vachomer to fulfill the wishes of Hashem, for all of creation reflects the teachings of the Torah (Sheim MiShmuel, Bereishis). Chazal (Eiruvin 100b) even teach us that “if the Torah had not been given, we would still have learned certain good middos from various creatures such as ants, cats and roosters. Trips to the zoo cannot only be fun and educational, but a truly Torah experience.

The great baal teshuvah, Dr. Nathan Birnbaum, was first moved to seek Hashem upon contemplation of the horizon, where the sea and the heavens seem to meet. Indeed, Chazal explain the purpose of the techeilis in the tzitzis as reminding us to turn our gaze upward to Hashem. During the summer, we can add the actual horizon to this metaphysical connection.

Undoubtedly, we cannot all be Dovid Hamelech, who sang a song of praise to Hashem at every stage of his life, even as a newborn (Brachos 10a). However, we can surely benefit from the wonders of summer to join the universal harmony of shirah (see Chochmas Hamatzpun, Shemos, page 151).

To be sure, if all of this seems difficult to accomplish, Rav Leib Chasman (Ohr Yahel 1:186) thought that it was facile enough during the summer: “Is not this a miracle which repeats itself daily before our very eyes,” he marveled, “how tens of thousands of trees blossom and sprout fruits in every corner of the world?” He concluded that this scene is “a powerful testimony to the existence of our Creator.”

The Chazon Ish, too (Emunah Ubitachon, chapter 1), stresses how the study of nature, even just the bodily limbs and organs, can lead one closer to absolute emunah. Rav Yoel Schwartz, rosh yeshiva of Yeshivas D’var Yerushalayim, prolific author of hundreds of seforim, has written entire works about the gadlus habBorei – the self-evident greatness of the Creator – in just one species. Rav Avigdor Miller’s entire life’s work is suffused with his incredibly detailed descriptions of Hashem’s transcendence, as seen through His creatures. Reading and learning these works on vacation can be a transformational experience in our path toward loving Hashem, as the Rambam taught us.

May Hashem keep us safe during the summer months, as we grow ever closer to Him, in fulfilling our ultimate purpose of adding kavod Shomayim wherever we go.