Tisha B’Av and the Leaders of Thousands 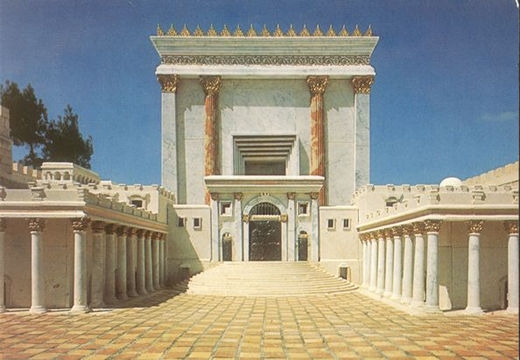 Tisha B’Av marks the day of the destruction of the first and second Bais Hamikdosh. The same members of the Bnei Yisroel who were privy to the miracles of Krias Yam Suf and Matan Torah cried on the night of the ninth day of Av that they would be destroyed if they followed the decree of Hashem to enter Eretz Yisroel. What was their chet based upon? The Sefas Emes explains the words of Chazal in Medrash Eicha that reveal that the cause of what went wrong can be found in the words of the Torah in Parshas Devorim.

Yisro, father-in-law of Moshe Rabbeinu, tells him, “Why do you sit alone with all the people standing by you from morning to evening?” The Bnei Yisroel accepted his plan and, ultimately, Moshe agrees. In the posuk in Parshas Devorim (1:12), Moshe says, “Eicha… How can I alone carry your contentiousness, your burdens and your quarrels?” Those words of Moshe are part of his total rebuke of the nation before he is to leave them.

The posuk says, “You (the Bnei Yisroel) replied to me and said, ‘It is a good thing that you said to do.’” Rashi explains his rebuke as challenging them that they should have said that they wished to be judged by the rebbi, Moshe, and not the talmid, his students, the other judges. The Chiddushei Harim in Parshas Yisro explains that Moshe didn’t agree with Yisro’s plan, for he felt that the madreigah he represented could deal with the Bnei Yisroel in the most perfect fashion. The nation’s desire to be judged by others as opposed to Moshe reflects that, in a sense, they were rebelling against him. Here lies the shoresh of their chet.

In sefer Yeshayahu (1:21), the novi Yeshayahu laments the falling from grace of Yerushalayim with the words, “Eicha… How the faithful city has become an immoral woman! She has been full of justice, righteousness lodged in her, but now murderers.” In Megillas Eicha, with the destruction of that great and noble city, Yirmiyahu cries, “Eicha… How she sits in solitude. The city that was great with people has become like a widow.” The Sefas Emes explains that the ultimate tragedies depicted in the words of Eicha of Yeshayahu and Yirmiyahu were based on the statement of Eicha of Moshe. The shoresh of the tragedies that were eventually to occur with the Bnei Yisroel was contained in Moshe’s rebuke of the Bnei Yisroel when they chose to follow the advice of Yisro.

Yisro’s intent was to free Moshe Rabbeinu from the need to be totally involved with the nation. In that way, he would be able to constantly exist in the exalted spiritual state that he was privy to. Thus, by subjecting the nation to the judgment of others through the creation of the sarei alafim and sarei mei’os, the leaders of thousands and of hundreds, Moshe would be free from having to come down from his great spiritual level. Moshe’s madreigah was such that there was no hester; the physical world in no way cloaked Moshe’s ability to totally and absolutely perceive clearly that everything is a function of Hashem. Even though they were to enter the land of Eretz Yisroel, where they would plow and work the land, Moshe’s perception of the Presence of Hashem in the world would have been able to guide and lead them in the land as well. Moshe ultimately accepted the decision of the people, for by accepting Yisro’s option, the nation revealed that they weren’t on the spiritual level to relate to Moshe on his terms. Chazal state that had Moshe brought the nation into the land, they would not have been exiled. Klal Yisroel’s connection to the land would have been established to a degree that it was truly part of their sense of spiritual identity. Because they broke from the leadership of Moshe, they were able to lose sight of Hashem within the physical hester and thereby succumbed to sin.

The tears of the Bnei Yisroel on that tragic night when the meraglim returned reflected that the nation believed that Moshe’s leadership could not relate to their existence in the land. The meraglim speaking against Eretz Yisroel was due to their mistaken understanding of what the leadership of Moshe could provide. Superficially, it would seem that they wanted Moshe, and thus they attempted to stop the nation from entering the land. But that was the foundation of their chet. They thought that Moshe’s leadership could only be in the midbar, where Hashem openly reigns, and not in the land. They mistakenly minimized what Moshe’s madreigah could have brought them to believe, and as a result, it was that night years later when the churban occurred. Thus, Moshe’s rebuke included that they truly didn’t want his hanhagah, for if he had the ability to elevate the nation from the depths of the forty-nine levels of tumah, he would be able to spiritually raise them to live in a land and absolutely appreciate that it is Hashem.

Thus, Moshe’s Eicha served as the seed that eventually led to the Eicha of Yeshayahu and Yirmiyahu. With Moshe, we could have connected to his exalted madreigah of leadership and stayed in the land to live a life merging Heaven and earth. But we didn’t, for we wanted the leaders of thousands and that of hundreds, which ultimately led to the tragedies that occurred on the day of Tisha B’Av.