Tisha B’Av, the Gid Hanosheh and Us 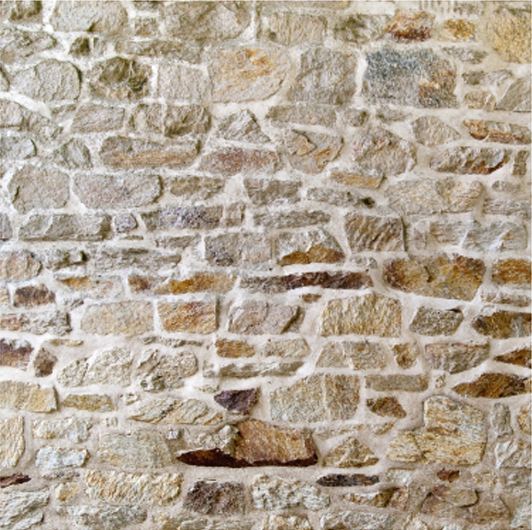 There are several mysteries about the Ninth of Av. The most obvious is its dual character. It is the saddest day of the Jewish year, when both Botei Mikdosh were destroyed, yet it is called a mo’ed, a kind of Yom Tov, when no Tachanun is recited.

Another paradox is its relationship with one of the earliest prohibitions in the Torah. The third mitzvah in the Torah, after the basic ones to procreate and populate the world and that of bris milah, is to refrain from eating the gid hanosheh. This part of the body, which rests on the hip, is often translated as “the displaced sinew.” The Torah (Bereishis 32:33) declares that this part of an animal’s anatomy, sometimes identified as the sciatic nerve, will be forbidden to us because the angel who fought with Yaakov Avinu dislocated it, causing Yaakov Avinu to be temporarily disabled. As if all of this was not enigmatic enough, the Zohar (Vayishlach 170b) teaches us that “one who eats on Tisha B’Av is considered to be as one who ate the gid hanosheh.” The Zohar goes on state that “there are 365 sinews in the body, corresponding to the 365 prohibitions in the Torah and the 365 days in the solar year. This issur, which flows from the one place where the [evil angel] Samael was able to wound Yaakov Avinu, is deeply connected to Tisha B’Av, the one day of the year when the powers of evil were able to destroy the Bais Hamikdosh.”

The Zohar concludes that we derive this understanding from the word es, in the posuk “therefore the children of Yisroel shall not eat es the gid hanosheh. Many meforshim add that the Zohar means that the Hebrew letters alef and tof, which comprise the word es, stand for Tisha Av.

What is the inner meaning and message between Tisha B’Av and the gid hanosheh? The Me’or Einayim (Vayeitzei, page 75) refers to the famous abbreviation that the word ashan (ayin, shin, nun), meaning smoke, stands for the three dimensions of the world olam (world or space), shanah (year or time) and nefesh (soul or human beings). In each dimension, there are lofty elevations of holiness and lowly manifestations of evil. Just as in time (shanah), Tisha B’Av represents the nadir, or lowest possible moment, so in nefesh (the body of a living being), the lowest part is the gid hanosheh. The Zlotchover Rebbe (Orach Lechaim, Bereishis, page 78) sees the gid hanosheh as representing all excesses of the body and all forbidden pleasures. Rav Shlomo Zalman Auerbach (Halichos Shlomo, Moadei Hashanah, page 415) understands the “dislocation” of the gid hanosheh as representing “our dislocation from Hashem,” as happened on both Tisha B’Avs, when we were alienated from Hashem because of various sins and sent away from His presence.

My own rebbi, Rav Yitzchok Hutner zt”l (Pachad Yitzchok, Chanukah, maamar 5), based upon the Medrash (Bereishis Rabbah 47:4), sees the danger to Klal Yisroel that emerged from Yaakov Avinu’s injury, following the rule of maaseh avos siman labonim, as the generations of shmad, spiritual destruction through false religions, philosophies and intermarriage. Rav Dovid Cohen (Birchas Yaavetz 3:312) understands the source for this connection to be the fact that the angel who wounded Yaakov Avinu was the heavenly protector of Eisav. The first Bais Hamikdosh was destroyed by Rome, which is the continuation of Edom, the descendent of Eisav. One who ignores the mourning of Tishah B’Av, in effect, vindicates Eisav’s destruction of the Bais Hamikdosh and is therefore the same as someone who eats the gid hanosheh, dislocated by the destroyer of the Bais Hamikdosh.

Along these lines, Rav Zev Hoberman zt”l (Ze’ev Yitrof, Tisha B’Av, page 131) contrasts the fasts of Tisha B’Av and Yom Kippur. On Yom Kippur, he points out, we are invincible, for the Soton has no power to prosecute us, but on Tisha B’Av, which corresponds to the gid hanosheh, we can only cry and mourn, because we have been attacked on the day we are vulnerable to the powers of Eisav and the embodiment of evil.

One commentator (Zichron Shmuel, Chanukah, page 108) identifies the gid hanosheh with Amaleik, for Amaleik is considered like the orlah which obscures kedushah (holiness) and does not allow it to emerge, so the gid hanosheh contaminates that which can be holy and kosher, making all around it treif as well.

However, although all these explanations are important and valid, I would like to focus at this time on a different aspect of the Tisha B’Av-gid hanosheh connection. The Zichron Shmuel mentioned earlier alerts us to the fact that the word nosheh is related to the name Menasheh, which comes from “forgetting.” He suggests that the Amaleik-orlah connection demonstrates that when kedushah is not visible and manifest, we tend to forget that it is there and accessible to us. For that reason, he holds, we are not permitted to forget what Amaleik did to us, for that is exactly what he tries to do. His goal is slowly – perhaps even over the course of millennia – to make us forget who we are, that we are a holy people and the children of Hashem.

This idea, that both Tisha B’Av and gid hanosheh, are connected to memory and the danger of spiritual amnesia, lead us to an important essay by Rav Shimshon Pincus zt”l (Sichos, Golus and Nechamah, page 47). He quotes the novi (Zechariah 8:19) that in the World to Come, all the fast days will become Yomim Tovim. Now we know the definitions of each of our current Yomim Tovim: Pesach is the Yom Tov of freedom, Shavuos is when we received the Torah, etc. What will Tisha B’Av be known for? He implies that the negative connotation we now associate with Tisha B’Av will have to change when it becomes a Yom Tov. So what will it be? Rav Pincus quotes the famous juxtaposition of Rav Moshe of Kobrin (preceded by the Maharsha in Bechoros 8a) that the Three Weeks correspond to the 21 days from Rosh Hashanah to Shemini Atzeres. He therefore concludes that just as Rosh Hashanah is the Yom Hazikaron, the Day of Memory, so will Tisha B’Av be another kind of memory. He explains that memory is what defines a human being. Without it, we are just a series of urges, reactions, temporary movements. With it, we have continuity, meaning, connection, tradition. It gives us hope, purpose and a sense of eternity. Rosh Hashanah is the primary day of memory, for it establishes that there are consequences to the past, but possibilities for the future. Change is possible, if we correct the past and don’t just forget about it. The Akeidah, the primary focus of Rosh Hashanah, connects us directly to an ancient event that is not only unforgettable, but alive inside of each one of us.

Tisha B’Av, too, connects us to the ancient Bais Hamikdosh, which seems to have disappeared, but through memory is unforgotten. It lives with us and we yearn for its return on this day, and on a lesser level, every day. The gid hanosheh represents forgetting, movement away from who we are and how we were created. The angel of Eisav wants us to be someone else, someone with a “dislocation,” who does not know who he is and certainly not who he can become. The Brisker Rov zt”l explained the significance of the Gemara (Taanis 29a) teaching us that the evil Turnus Rufus ploughed over the Heichal of the Bais Hamikdosh. After all the murders, tragedies and loss of the Bais Hamikdosh itself, why was this worthy of mention? However, the Brisker Rov explains that even where there is churban, there can be memory, because at the place where something was is recognizable. But Turnus Rufus, being part of the Eisav continuum, wanted to eradicate even the memory of the Bais Hamikdosh, and for that he deserves the ignominy of the ages. For us, Tisha B’Av can truly become a mo’ed if we never forget the glory of the Bais Hamikdosh and do all we can to bring about its return bemeheirah beyomeinu.