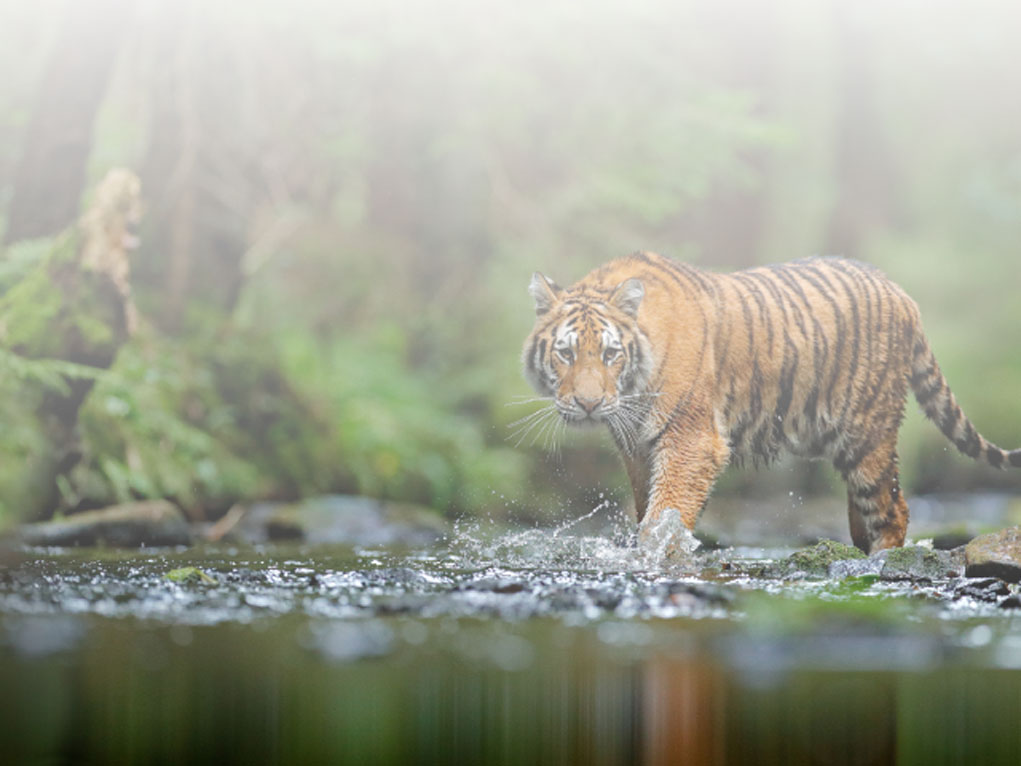 Animals are the ultimate realists. You’ll never find a bear engaging in wishful thinking, a leopard sulking in resentment, or a herd of deer wallowing in self-pity because the world is not giving them what they wish they had.

Just as we can learn useful traits from the various creatures with which Hashem populated this marvelous planet, there is something we can learn from the animal kingdom as a whole. And that is pragmatism.

Large or small, strong or vulnerable, an animal takes a long, hard look (so to speak) at its strengths and weaknesses and behaves accordingly. Of course, that “long, hard look” is a matter not of choice, but of inborn instinct. Every newborn animal is preprogrammed to live in the way that will most efficiently ensure its survival.

The tiger is a powerful creature. It possesses grace and strength. What it does not possess is a sustained ability to run after its prey. Though the tiger is capable of high speeds, he soon runs out of steam. He is a sprinter, not a marathon runner.

Now, suppose our tiger is ready for his lunch. He prowls around until he spots a herd of pronghorn antelope grazing in a clearing. Any one of them will do very well for his meal. There’s just one problem: those antelope can easily outrun him. What’s a tiger to do?

If he were human, he might scratch his head and say, “Guess I’ll have to go hungry until something slower comes along.” Or he might crawl into bed, pull the covers over his head, and bemoan the cruel world that did not furnish him with the wherewithal to easily overtake his prey. While he’s at it, he might indulge in a bit of tooth-gnashing envy directed at the speedier lion or cheetah, which don’t have to deal with this problem at all.

But a tiger is an animal, and animals, as we’ve said, are nothing if not practical. The tiger does not waste a second wishing that things were other than they are. Instead, he uses the skills and abilities he does have, to compensate for those he lacks.

Tigers are incredible stalkers. When a tiger spots a likely candidate for his meal, he is able to creep up quite close to it. Close enough, in fact, to give that tiger a very good chance of catching his meal in a single, mighty bound. Knowing that it’s no use trying to chase down one of those grazing antelope, which are some of the fastest runners on earth, his strategy is to take his prey by surprise. By sneaking up very close and then ambushing it, he maximizes his strengths, which include his stalking ability and a powerful set of teeth, while minimizing the fact that he cannot run fast for very long.

That sounds to me like a savvy tiger. Not to mention a well-fed one.

If only we humans could be so smart. But “Hashem created a straightforward world and man chose to complicate it.” One of the prime ways we complicate our lives is by stubbornly refusing to accept reality, and then foolishly refusing to work with it.

However, sometimes it’s a good thing to refuse to accept the limitations imposed on us by reality. If a person is born into deprivation, for example, it is laudable for him to try to better himself. If an individual has trouble in school, it makes sense to get extra tutoring. These are things that can be changed with the help of willpower, hard work, and siyata dishmaya.

What I’m talking about is the other kind of reality: the kind that’s not going anywhere, no matter how hard you might wish it would. The kind that it makes no sense to try to wish away.

A human being is the only creature on earth who spends his emotional energy longing to be tall instead of short, white instead of black, brawny rather than delicate. We regularly bang our heads against the brick wall of what is and then wonder why we come away with a headache.

Wouldn’t it be a better idea to carefully study our strengths and weaknesses and then develop a program that maximizes the first and minimizes the impact of the second?

For example, if you are a visual learner and find it hard to remember what your teacher says in class, it makes sense not to depend solely on what your ears hear. You can try to feed yourself the same information by way of the written word that your eyes can process instead. My daughter learned Pirkei Avos by heart through listening to my husband teach it to her, Mishnah by Mishnah. Trying to imitate that method, I found it a daunting challenge. Then I tried to review by opening up a Pirkei Avos and committing the page to memory. Voila! It turns out that my eyes, rather than my ears, are my conduits to learning. Now, whenever I want to recall a certain mishnah, I am aided by the memory of the way the page appears visually… while my daughter, an audial learner, memorized the whole thing without even opening a sefer!

Imagine if I would have obstinately insisted on doing what she did, relying on listening rather than reading. I probably would have made it to the end, but the journey would have been much more difficult. For a school child, such obstacles can lead to discouragement and despair. A good tutor will find a way to use the child’s innate abilities rather than force a method that does not come naturally to her.

Socially, as well, it makes sense to work with what we’re best at. Suppose you love meaningful, one-on-one conversations but are no good at all in a crowd. As one of a large group, you may find it almost impossible to be heard and seen. Why even bother? Just find one person with whom you can really connect. The sense of social FOMO is more than compensated for by the joy of talking to someone who is actually interested in what you have to say.

There is a wellspring of dissatisfaction inside all of us, courtesy of the yetzer hara, which makes us complain about what we don’t have rather than learn to make the best possible use of what we do. Stubborn pride, too, can goad us to undertake unrealistic challenges. When we mistake reality for the enemy, instead of a perfect laboratory for our own growth, we handicap ourselves.

Far better to take a lesson from the noble tiger. Can’t run very far at top speed? No problem. Just learn to sneak up on your prey in a way that precludes the need to run at all.

We do it by investing our efforts where they will do the most good. And by strengthening the muscles with which a benevolent Creator has so graciously endowed each and every one of us.