The Transformational Power of Tammuz 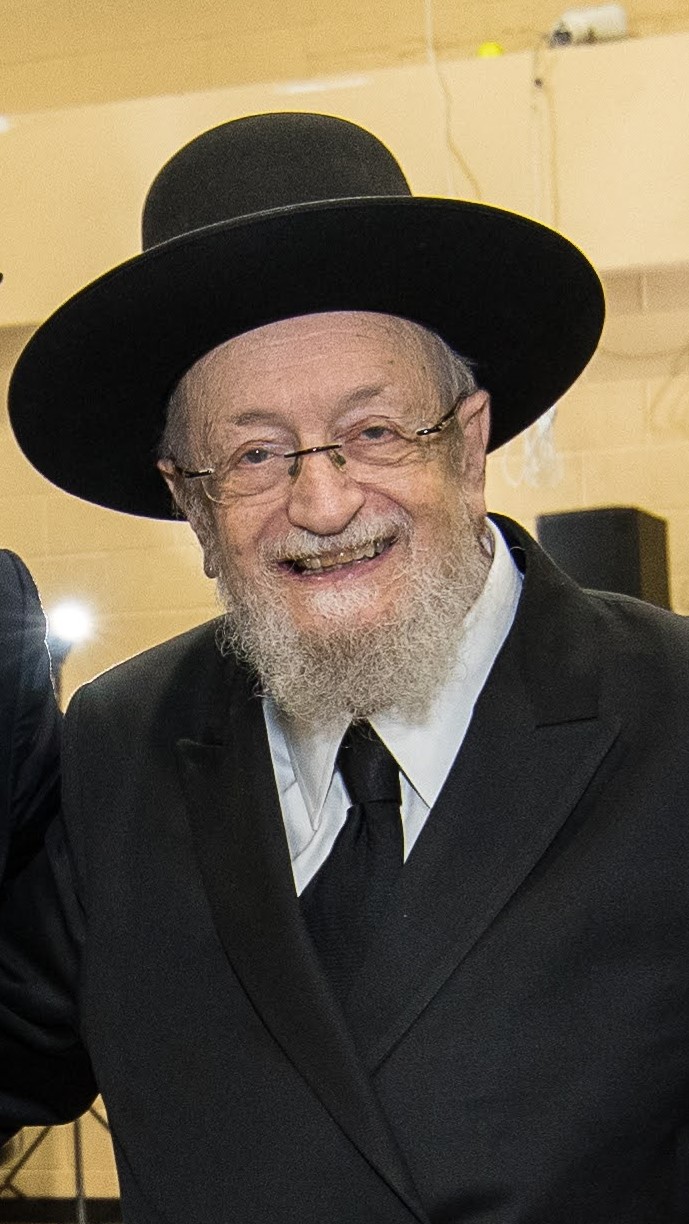 We have just begun the month of Tammuz, which occupies a delicate place on the Jewish calendar. Most people think that the month Av is the most tragic of Jewish months. But even a superficial reading of the Bnei Yissoschor, the classic guide to this subject, reveals that it is actually the month of Tammuz. The rebbe of Dinov shares with us the esoteric teaching from writings of the Arizal that each of the months is energized and defined by the configuration of Hashem’s Divine Name Yud Key Vov Key as it is found in various pesukim. For instance, in the posuk for the month of Nissan, the first letters of the first four words spell the Name in order. This relates to the fact that Nissan is a month of miracles, salvation and redemption. In the posuk of the month of Av, the beginning is backward, but the end is perfect, signifying that Av begins tragically but turns positive mid-month. However, the posuk for Tammuz is “vechol zeh aineneu shoveh li – yet all this is worth nothing to me” (Megillas Esther 5:13). These words spell Hashem’s Name completely backwards, which the Bnei Yissoschor (Maamorei Chodesh Tammuz Av No.1) understands to reference the ultimate middah of din (judgment). Thus, although Av seems to be the worst, Tammuz actually seems to be the embodiment of rigor and punishment.

However, this is only one side of an extremely precious coin. Rav Chaim Friedlander (Rinas Chaim 236) reminds us that while there are indeed three months (Tammuz, Av and Teves) that embody din, the Mishnah Berurah (417:4) rules that every Rosh Chodesh, too, is actually a day of judgment. Of course, this has a negative side. However, the immense positive is that even as Hashem judges how we are each accomplishing our personal goals, He also grants us at that time the tools to achieve these ends. Rav Friedlander, based upon his rebbi (Michtav M’Eliyahu 3:110), demonstrates how we pray for this process to happen successfully in the tefillah known as Yaaleh Veyavo. Now, if we know in advance that each time of din is also an opportunity for the granting of significant divine gifts, we can plan properly to obtain this bounty. This may be likened, lehavdil, to the application for various federal grants, which require applications and proposals, but which can result – with proper work and preparation – in tremendous long-lasting boons to our lives and those of our loved ones. Therefore, just as Rosh Chodesh is both judgment and the potential provider of many good things, the same is true of the month of Tammuz. We need only discover how to access this latent treasure of the upcoming month.

The first amazing aspect of this duality of Tammuz – the positive and the negative – is expounded by Rav Dovid Cohen (Ohel Dovid, volume 5, page 57). The posuk (Yechezkel 8:14) speaks of the idol named Tammuz and how certain women seemed to be causing the idol to cry. Rashi explains that the Tammuz idol was made in such a way as to exhibit an optical illusion, making it to appear as if it were crying and begging for offerings. Rav Cohen quotes from a secular scholar on ancient idolatry (James Frasier), who reports that the idol known as Tammuz was worshipped because it ostensibly had the power to cause things not to fulfill their potential. For instance, at this time of year, it became apparent which crops had not become rooted successfully and would not produce viable fruits and grains.

Of course, as Rav Cohen demonstrates, for us, all these aspects of the visible universe are under the exclusive control of the One and Only Creator and the Babylonian names of the months merely reflected the mistaken powers attributed to various avodah zarah. He goes on to show that the Luchos, which were given in Tammuz, had incredible potential, but since we made the Eigel, this beautiful time lost its luster and became tragedy-laden (Taanis 28b). This interpretation follows the approach of Rav Chaim Friedlander that Tammuz is the time when tremendous gifts are proffered but ruined by man and transformed into tragedy. Indeed, he refers us to another of his citations (Ohel Dovid to Rus 2:23), where he records that the earliest seeds of Malchus Bais Dovid were planted on the 17th of Tammuz by Boaz and Rus. Clearly, the potential for greatness was always there, but was temporarily lost with the Golden Calf and restored by the Mother of Royalty, Rus, the ancestor of Dovid Hamelech. While during Tammuz many things went quite backwards, some of the greatest things of all happened as well.

Another gadol who follows this path in delineating the special power of the month of Tammuz is Rav Moshe Dovid Vali, one of the prime disciples of the Ramchal. He reveals (Sefer Halikkutim, page 553) that the posuk that energizes the month of Tammuz is in Tehillim 31:5. The word that emerges from the opening letters of the letters of Totzieini Meireshes Zu Tamnu Li is Tammuz. This posuk means “remove me from this net that they have hidden for me, for You are my stronghold.” Rav Vali explains that Tammuz is the month when “we are caught in the net of sin and lost the great madreigos we have gained. However, at the time of geulah, the sadness will turn to gladness.” Once again we see that although Tammuz represents a complete inversion of what we are and pray for, in the end it can be restored to its initial potential and greatness.

We may suggest another approach based upon the posuk that the Arizal taught us as reflecting the essence of the month. The wicked Haman declares that nothing satisfies him as long as Mordechai sits at the king’s gate. The baalei mussar (see, for instance, Rav Yechezkel Levenstein, Ohr Yechezkel, Yirah Umussar, page 209; Darchei Mussar, Purim, page 305) point out the astounding distinctions between Mordechai and Haman related to personal serenity. Haman, by his own admission, has everything this world can possibly offer. Wealth, family and power are all his in abundance. But when there is only one fly in his ointment – Mordechai the Jew is not giving Haman his perceived requisite honor – his life becomes worthless. Mordechai, on the other hand, is content to sit anonymously at the palace gate. No power, no glory; as long as he is given the opportunity to serve Hashem, he is more than satisfied with his life. This is one of the messages of Tammuz’s posuk. “Those who have one hundred want two hundred,” for there is no end to the demands of materialism. On the other hand, those who live with a constant eye on the next world have no need for the excesses of this world. Tammuz gives us a perspective upon life from the vantage point of its transience.

Rav Chaim Shmulevitz (Sichos Mussar 5732, No. 29) takes this a giant step further. The Gemara (Sanhedrin 102b) relates the extraordinary scene of Hashem making Yeravam ben Nevat an offer: “Repent and I, you and the son of Yishai will walk together in Paradise.” Not a bad offer. But Yeravam is compelled to ask, “Who will be first?” to which Hashem answers, “The son of Yishai.” Yeravam’s response is, “In that case, I am not interested.” Rav Shmulevitz points that Yeravam had already been told, in effect, that he would be first, but his ego demanded that he hear it more specifically. He couldn’t abide by this detail and his downfall began at that moment. Rav Chaim continues, “The same was true of Haman. As Rashi points out, to Haman, if there was a tiny insignificant gap in his kavod, it was as if nothing else counted. And so, Haman, too, fell forever into ignominy.

This, too, is Tammuz. In Tammuz, the churban hasn’t yet occurred. The Bais Hamikdosh is still functioning, our happiness should be great, our satisfaction complete. But we are not grateful for what we have. Instead of seeking more ruchniyus (spirituality), we want only more materialism. And, so sadly and tragically, we, too, begin to fall. But in Tammuz, there are still possibilities. The destruction can be stopped, the mass slaughters halted in their tracks. If our perspectives are put in order, we can be Mordechai instead of Haman, Dovid instead of Yeravam. If it’s the Arizal’s posuk or Rav Vali’s, the message is the same: Avoid the trap, watch your step. Ignore the lure of false honor and ephemeral pleasures. Then life can not only beautiful, but meaningful and lasting.

Chazal (Brachos 58a) teach that a good guest always points out how much his host has done for him. Each detail is appreciated and praised. However, Klal Yisroel (Avodah Zarah 5a) complained about the monn, not recognizing what a blessing and miracle it was for forty years. The lack of the middah of someiach bechelko, being happy with we have, is what destroyed wealthy people such as Haman and brilliant people such as Yeravam, and even brought down the entire nation when we were ungrateful for our blessings.

Rav Chaim Volozhiner famously asked his rebbi, the Gaon of Vilna, “Since you taught us that all our good middos come from Hashem, how could the Creator be someiach bechelko when He has everything?” The Gra’s answer was that indeed Hashem does have a particular cheilek in His universe. It is us, as the posuk (Devorim 32:9) testifies that “Hashem’s portion is His people.” Now, concluded the Gaon, let us see. Are we perfect? Does Hashem really have, so to speak, the ultimate nation He desires? Yet, Hashem loves us and is happy with us, despite our flaws. This, too, is the message of Tammuz. If Hashem has accepted us even in our state of imperfection, should we not be so grateful for all the beneficence He has showered upon us?

This Tammuz, after surviving Covid-19 boruch Hashem and being restored to much of what we have lost, let us embrace the wonderful trait of gratitude for all that we have. G-d willing, this can lead this year to the great things for which we all long.