The Tragic Kidnapping And Murder Of R’ Menachem Stark zâ€l 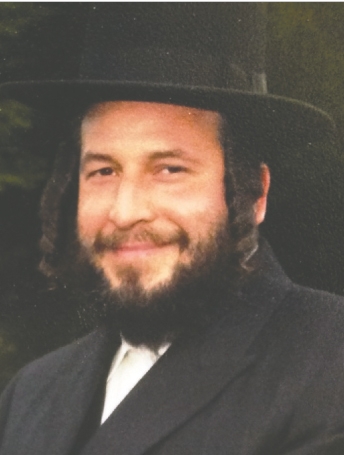 The events that unfolded this past weekend in Williamsburg have shocked and horrified the world at large, but especially our community. While most New Yorkers were watching the snow fall gently across the city, a young husband and father in Williamsburg was struggling with evil assailants. He was eventually abducted and murdered in a dramatic and terrifying encounter that began just a few short blocks from his home.
RUTLEDGE STREET, WILLIAMSBURG
At 11 p.m. on Thursday, 39-year-old Menachem Stark, a real estate developer and manager, was in his Southside Associates office, finishing up his work. According to Gershon Schlesinger, Board Chairman of UJCare and a neighbor of Menachem, he was on the phone with his wife at 11:20 as he was descending the stairs to go home.

But he never made it home. Instead, he was accosted at 11:32 p.m. by two individuals who were waiting for him in a light-colored Dodge Caravan. According to video surveillance, he struggled with them for a few minutes but was eventually overcome. He was bound with duct tape and placed inside the van, which headed right on Broadway.

After waiting for half an hour for her husband to come home, Mrs. Stark called Shomrim. They immediately arrived at Mr. Stark’s office and saw his vehicle parked outside. Wondering if he was locked in his office, they called the owners of the building to open the doors. Mr. Stark’s management office is located upstairs from the Amazing Savings store on Rutledge Street between Harrison and Broadway.

Upon realizing that Menachem was gone, Shomrim wasted no time in viewing the video footage. As it became clear that an abduction had taken place, the police were immediately contacted. According to Schlesinger, “The kidnappers apparently realized that their route would be followed, so they made a right turn on Broadway and then made a U-turn back to Rutledge. Apparently, they were taking a circuitous route to confuse the eventual investigation.”

Videos track their route until the Williamsburg Bridge.

Meanwhile, back at the Stark home, concern grew to fear and then to dread.

Fernando Cerff is the owner of a Getty gas station located at 120 Cuttermill Road in Great Neck. At 7 o’clock Friday morning, Cerff noticed smoke rising from a dumpster at his station. He didn’t think much of it at the time, figuring that an employee had probably thrown in a half-finished cigarette. He shoveled some snow over the garbage to extinguish the flame and then went on with his day.

By 4 p.m., Cerff realized that something was not right. When he went to throw out some garbage, he was overwhelmed by a terrible odor.

“There was a smell – it was horrible,” he said. “I got a really bad feeling about it. I knew something was wrong by the smell. It was just too strong. So I called the cops.”

Police closed off the gas station and removed the dumpster from the premises. What they found inside was gruesome beyond imagination. Menachem’s body had been wrapped in fabric and set on fire before being deposited in the dumpster. At 1:30 p.m. on Shabbos, detectives and community affairs representatives visited the Stark home to deliver the awful news.

By Motzoei Shabbos, all of Williamsburg was reeling with shock. Menachem was well-known as a tremendous baal tzedakah and baal chesed in the community, as well as a caring husband and father of seven children, the oldest of whom is a sixteen-year-old daughter and the youngest of whom is a one-year-old son.

The levaya was held on Motzoei Shabbos at the Lodiner Shul on Marcy Avenue, where Menachem davened. Community leaders estimate that over a thousand people filled the streets to pay their respects to the niftar.

Although there is some speculation as to who could commit such a heinous murder, the perpetrators are still at large. There are also conflicting reports regarding whether Menachem was carrying a sizeable amount of cash. Police are trying to piece together the story and a $25,000 reward is being offered to anyone who can provide information leading to an arrest. In a statement released to the press, State Senator Daniel Squadron said, “We will work with law enforcement in New York City and Nassau County to ensure that the perpetrators are found and brought to justice.”

Rarely has the passing of a member of our community created so much publicity and speculation as the tragic circumstances of Reb Menachem Stark’s death, which are being replayed and revisited across the globe. Yet, with all the headlines being generated around the world, there are barely any references to Reb Menachem, the family man, the loving father, and the devoted baal chesed.

Upon leaving yeshiva, Menachem partnered with Yisroel Perlmutter, forming a real estate business. The partnership proved to be successful. According to Reb Gershon Schlesinger, Board Chairman of UJCare, “Over the years, they amassed a portfolio of twenty-five to thirty properties.” Those properties were located largely in the neighborhoods of Williamsburg, Bushwick and Greenpoint, areas that have recently gentrified and currently attract a young upscale crowd. “Their commercial lofts were converted to residential apartments,” Schlesinger explained. “The partners were in the right place at the right time.”

Menachem is described by friends and neighbors as a quiet family man who avoided the limelight despite his entrepreneurial success. His home was open to all who needed assistance, and he and his wife hosted many events and tzedakah parties for worthy organizations. Friends relate that Menachem didn’t pick and choose between the various mosdos that came to him for help.

“The nicest part,” says Schlesinger, “is that he gave to everybody. “He also helped manage a gemach that lent money to those in need.”

Reb Isaac Sofer, a Satmar community leader, describes Menachem as someone who always greeted others with a smile.

“He was full of life,” says Sofer. “A loving father, proud of his family. He had everything – good children, shalom bayis, a home of chesed. And it has all tragically ended.”

Most recently, Menachem was named guest of honor at the upcoming Williamsburg Bonei Olam Annual Dinner. According to Meny Hoffman, chairman, “This dinner is probably one of the largest annual events in Williamsburg, and the honoree is chosen very carefully. We look for someone who is not only a baal tzedakah, but someone who is well respected in the community and will be personally active. As soon as Menachem accepted the honor, he became very involved. For us, as for everyone, this is a devastating shock. Our shlichus now is to create a tremendous kiddush Hashem at the dinner in his zechus.”

Sadly, the dinner will now be held in Menachem’s memory.

Reb Avraham Buxbaum, Menachem’s brother-in-law, remembers him best as “a wonderful husband and a loving father who spent a lot of time with his children. Despite the fact that he was a busy and successful businessman, he made sure to take the time to be with them.”

Buxbaum says that Menachem davened early in the morning and came home by 6:30 or 7 p.m. to learn with his children and help them with their studies.

As far as his chesed activities, Buxbaum simply says, “The word ‘no’ did not exist in his vocabulary. He gave to everyone and helped them generously. But he didn’t want people to know about it. I was very close to him, but I am not aware of all the chesed he did for people.”

Even in business, he gave generously of his time and shared his expertise with others. The Daat Torah website quotes a real estate manager who writes about the time he needed help with a certain venture. An acquaintance recommended that he approach Menachem Stark, “a very successful and generous businessman who refused to take a dime for his advice but certainly wanted him to succeed.” And then he added, “I know him. He loves to help people.”

When the manager contacted Menachem, he was overwhelmingly helpful to him. “Don’t worry,” he would assure him. “I’ll be there for you.”

And he was. “We met in his car. Menachem had an infectious smile and an even more impressive can-do attitude. We talked for a long time and all the while his phone didn’t stop ringing.”

That real estate deal is long gone, but the warmth and guidance that Menachem showed will be remembered forever. The real estate manager concludes, “To Mrs. Stark and their eight precious children: I know you will probably never read these lines. You never met me and you don’t even know my name. But it’s my fervent hope that you can stand tall and proud that the loving, caring and upbeat husband/father you knew and remember from in and around the house is the way the outside world will remember him too… Even strangers.”