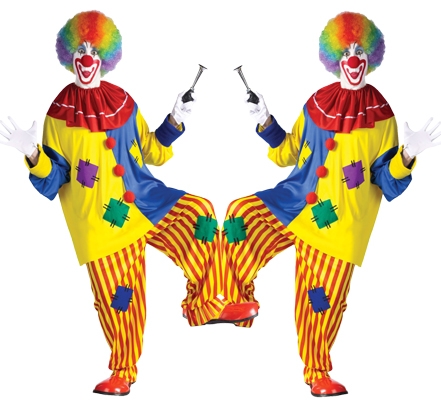 In a shmuess during one of his many trips to the United States, the maggid Rav Shalom Schwadron ztâ€l once described the following insightful incident: An extremely agitated Jewish man came to speak with a rabbi. The man was clearly not religiously observant. Still, as he explained to the rabbi, he identified all his life as a Jew, and his wife, of course, was Jewish as well. Now, his son came home from college with the news for his parents that he was engaged to be married to a non-Jewish girl.

“We’re devastated,” the man told the rabbi brokenly. “I know we’re not religious, but we’re Jews! To go and marry a shiksa? How can he do this? How can his identity as a Jew mean nothing to him?”

What hurt even more, the father went on to tell the rabbi, was that this was the one and only thing, as far as their Jewish identity was concerned, that he or his wife had ever asked of their son. “It’s not like we asked him to keep hundreds of rules and it was too much for him,” the father explained. “It’s not like we even asked him to keep a few rules. We let him live and we demanded nothing of him. Only onething we asked: Do not marry a non-Jew. And this one thing he can’t do for us? I can’t believe my own son can do this!”

The rabbi looked at the father and cried out, “Oy! What a pity you never thought to seek counsel earlier, before things reached this terrible stage. Had you done so, you would have learned that because you never asked for a single thing as far as your son’s Judaism is concerned, his Jewish identity meant so little to him. As such, he saw no reason, rhyme or sense in you asking him not to marry a non-Jew. If his Jewish identity is so meaningless as to have never meant a thing his entire life, why should it suddenly mean something as far as whom he marries? Had you asked of him to respect many other tenets of Judaism throughout his life, he’d have understood that Judaism is important to you and carries meaning for him. Perhaps, then, he would have hesitated before throwing it all away and marrying a non-Jew.”

The lesson that rabbi taught the father is something we should forever bear in mind. Throughout our lives, we face various challenges, some greater, some seemingly more trivial. It is easy to tell ourselves not to make an issue of the lesser matters or smaller challenges. Save the battles for later, we tell ourselves. Save the battles for the big issues. The problem is that later, when the big issues, the ones that are truly important, come around, we realize that it’s too late. Like the father who waited until the really big issue to put his foot down, only to discover it was too late, we too, by having never made an issue until now, have already lost the war by the time it really matters.

True, not every battle must be fought, and sometimes it is worth giving in on a lesser issue where it will mean more strength for the greater battle. Still, one must be very wary of continuously pushing off every issue in order to save the fight for the Big Day. Too often, by the time the big day comes, we’re helpless to effect even the slightest change. We’ve demeaned our own influence and rendered our input virtually meaningless.

In Part I of this series, we discussed a sad – often ridiculous – reality that affects us often when we involve ourselves heavily in the world of styles and trends. We lose sight of the fact that while we may reflect haute couture and the latest trends, that doesn’t necessarily mean that we look good, or even normal. We may be stylish – but clownishly stylish. The fact that some fellow in Paris or some other worldwide fashion center might decide to make money selling us hippie clothing from the ‘60s does not mean that these clothes look good on us, or that they look good at all!

We mentioned, as well, that where a style or mode of dress is wrong to wear, we simply cannot wear it. We wondered, though, about those looks that may not be inherently wrong, but which are simply outlandish, weird, clownish, sloppy, or plain ugly. Suppose we, or our children, are so enamored or controlled by the fashion trends that we don’t care to look ridiculous if it’ll mean that we fit in with our clone contemporaries. Is there anything wrong with looking ridiculous? Is it worth battling our children and teenagers if they want to wear a style that is buffoonish, and they don’t realize how unattractive it makes them look?

Fighting over styles may be from the most difficult parent-child conflicts, because to children and teens – and, it seems, to a growing number of us adults as well – “fitting in” is often of paramount importance. The desire to fit in may often trump one’s own common sense, personal preference or individual desire. As such, is the fight worth it? “So my son or daughter looks like a dork,” we think, “because his or her friends all look that way. Is thatso bad? I should probably save my battles for things that go against halacha or other really big issues.”

The flaw with such thinking is that once we continuously allowed our children and teens to go along with the crowd, once we never taught them how to believe in themselves even if they must sometimes stand against the crowd, once we never gave them the life skills and a healthy self-image that would allow them to sometimes go it on their own, how do we imagine they will listen to us when we suddenly tell them one time, “Sorry, but this you just cannot do”?

By this time, they simply can’t do differently than their friends. They’ll think of a million excuses and arguments, but they cannot suddenly change a way of life of mindless imitation of “the crowd,” a way of life that we allowed them to sink into when we kept telling ourselves over the years that it’s not yet that big a deal.

So while the styles themselves may not all be that terrible (although sometimes one wonders…), what is terrible is to have a person grow up completely beholden to what “others” think or do. Each and every one of us will face such challenges countless times over the years. Whether it will be what type of simcha we make, what kind of home we’ll live in, what kinds of jobs or careers we will pursue, where we’ll send our children to school, where and how we’ll vacation, the things we’ll allow into our homes or how we’ll dress and act, a person who was never taught how to think and act for himself is doomed to live the most pathetic and unhappiest of lives.

It is in every child’s best interest to be taught – before their behavior becomes ingrained into their psyches – that they don’t have to look or be like everybody else. Even if the issue is as silly as whether or not to wear a ridiculous pair of glasses or a clownish pair of shoes, the underlying essence of the issue, i.e., whether the person will have the strength throughout life to do his or her own thing, is fundamental. It’s not a lesson we can afford to push off until it is too late and society’s pull is too great.

In a penetrating commentary regarding the following of trends, the Chofetz Chaim similarly points out how the major issue is not the style or the trend per se, but rather the need and obsession to mindlessly follow and adhere to whatever senseless notion is “in” simply because it is now “in.”

“Tzu den iz duh ah mi’usereh zach far avodas Pe’or? Is there is a more disgusting mode of worship than [that which was practiced to worship] Pe’or?” (Worshippers would defecate on the idol.) How, then, could people have actually worshipped a deity in that manner? “Az dus iz gevoren ah muddeh,” explains the Chofetz Chaim, “iz dus gevoren shain,veil alleh tu’en duch azoi. Once it turned into a trend, it became considered beautiful, because that’s what everybody’s doing” (Sichos Chofetz Chaim, paragraph 59).

So while we strut about confident in our trendy look and in our grasp of what’s “in” and what’s “out,” the Chofetz Chaim might well have seen us as a bunch of clowns (or worse) walking about in pom-pom hats, bright red noses, polka-dotted jumpsuits and oversized clown shoes thinking that we actually look nice, not realizing that we’re nothing more than a bunch of duped, completely stylish…clowns!

The Chofetz Chaim thus acutely captures the essence of what styles and trends are all about and points out the error of we who have a tendency to trivialize our obsession with these things. For it’s not necessarily any specific style that need be a problem. It’s losing our thinking mind that is always a problem!